6 Women Confess The Worst Date They've Ever Been On

Needless to say, there were no second dates.

After recently becoming single, I quickly realized that dating isn't quite easy. Sure, dating apps and social media make dating more accessible than ever before, but when it comes down to the actual date it can be down right scary! Navigating through the creeps, the losers, the perves and the emotional wrecks, it's a wonder anyone ever ends up finding Mr Right!

But, trust me, after reading these women's stories you might have a slight change of heart when it comes to your own dating life. That's because as you'll see it could be so, SO much worse. Here are 6 true confessions from female Redditors of the worst dates they have ever been on... 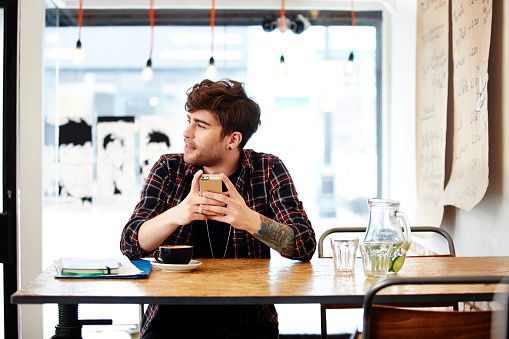 axianaa: not my story, but a friend's. she met this guy online and they went to a restaurant for dinner. in the middle of dinner she excused herself to go to the bathroom, and she left her phone on the table. a few hours later, she got some texts from about four or five of her female friends saying "uh...what?" she checked her messages and the guy had texted several of the female names in her phone book asking if they wanted to have sex. she did not return his calls. 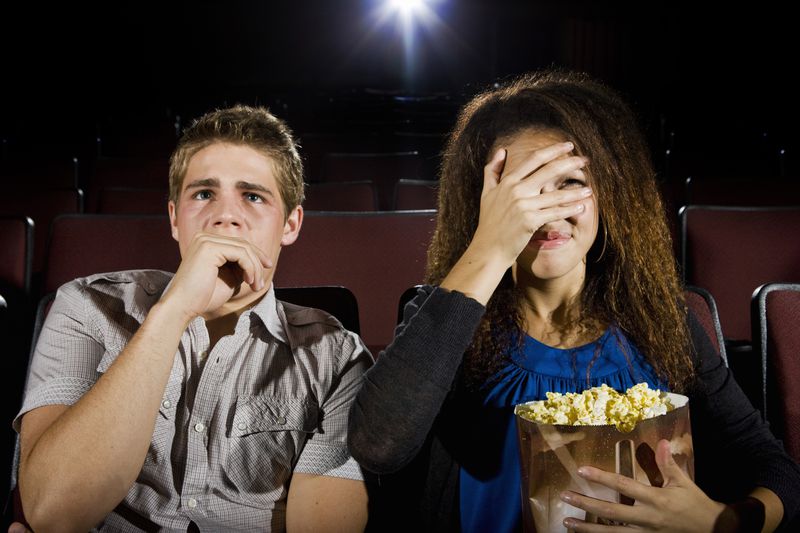 2. From bad to worse

For some reason, I didn't shut the door in his face. We'd decided on dinner and a movie. He drove me to the restaurant: Taco Bell, the drive thru and then he looked at me to pay. I did, as he said he'd pay for the tickets. I would have appreciated a heads up, but whatever. We eat in his car, because that's super fun, and go see some blah scary movie. No funny business.

After the movie, I'm giving him directions to take me home. He pulls off somewhere and wants to get something started. I have enough time to wiggle out of his grasp before I realize his dick is out. Gross. I make it clear nothing is gonna happen, so he gets out, and jacks off onto (?) The side of the car (his mom's car, might I add) before taking me home.

And that was my worst date. 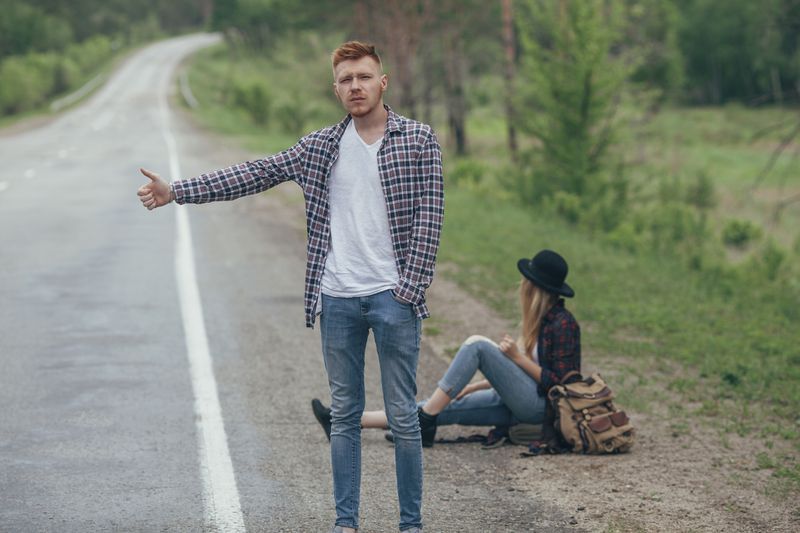 butter_and_bacon: One time I decided to go on a hiking date. I am not outdoorsy.

First off, I could not get the day off work. So in my 22 year old genius mind I decide to swig ipecac syrup to make myself sick so that I can be sent home. (Oh my god my stupidity makes me cringe over 10 years later). So, it works, I puke and leave work.

Meet the guy at the state park. Neither of us have any hiking stuff, you know...trail mix, maps (this is pre smart phone era, gasp!). ..WATER...who needs that stuff in 100 degree heat. It was July in Florida.

Loooong story short: we get hopelessly lost. For hours. I passed out from dehydration and land in a red ant hill and was stung probably 500 times. The guy had to sling me over his shoulder and walk around screaming for help. Eventually some (real) hikers rescued us. I landed in the hospital overnight for heat exhaustion and severe dehydration. The guy awkwardly came to visit me, but I felt like I was going to die and just ignored him. We never spoke again. Haven't been hiking since. 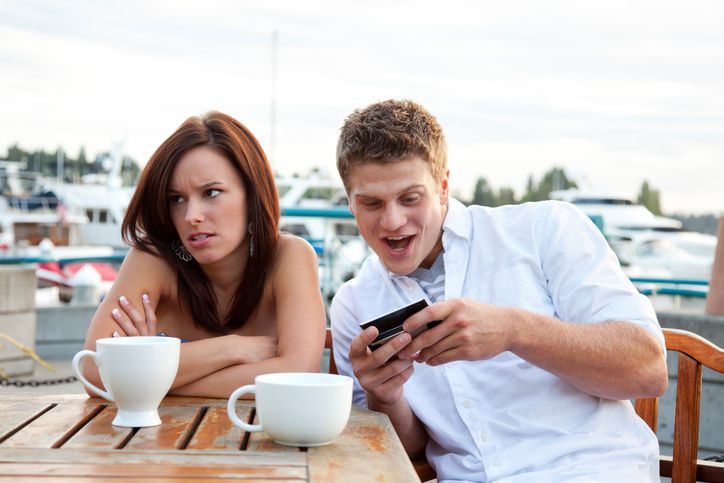 nepaligirl: I went on a date this one guy I met off of tinder. He came to pick me up, which was a total rookie mistake because I had no escape -_- but anyway, he showed up high as a kite. Took me to a sushi place that I frequent and boasted about how hard it was to get reservation there. The place is decent but not "reservation needed" type, if that makes sense.

Anyway, he was SO effing rude to the waiter. Like snapping his fingers and all. When he went to the restroom, I had to pull the waiter aside and apologize for my his behavior. It was THAT bad. I, honest to God, thought I was in a bad TV show. But nope, real life. He spent the ENTIRE two hours talking about himself and how rich and successful he was. Anytime I tried to tell him something about me, he HAD to one up me. Like no matter what I said. If I said I went to a baseball game, he told me about how he caught the f****** ball and had some players sign it. If I said how one time I was on TV for like 15 seconds, he told he about how he went to a "private" Jason Derulo concert and was called up on stage and was on TV the entire time. Made no sense. Whatever, buddy. I just want sushi.

After the dinner, he wanted to hang out more, but I made up a bullsh*t excuse about how I had to work early the next day and told him to drop me off. He offered to let me take a hit of his weed, which I politely declined. So he proceeded to hot box the car. Probably got second hand high but whatever.

He tried to call me and set up a second date. Needless to say, there was no second date. I still get really bizarre snapchats from him. I keep him around for entertainment.

Ohh forgot to mention, but he also PROUDLY told me how he didn't tip the waiter. 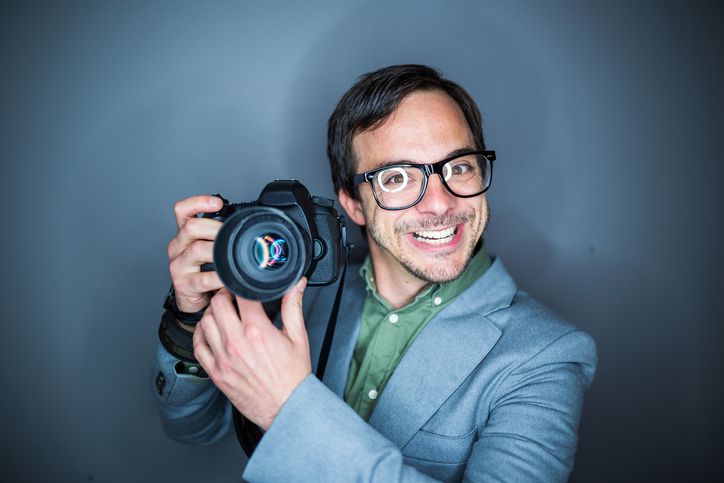 dustyglass: Long story short he wanted to pay me and photograph me in lingerie from a low angle. He has a fetish for giant as in Titan-like women, he even showed me his collection of photos. He wanted to photoshop us into city like landscapes and make himself look tiny as I stepped on him. It was.. Something alright.

I rejected the offer and he was cool about it. But it was.. Unexpected to say the least. 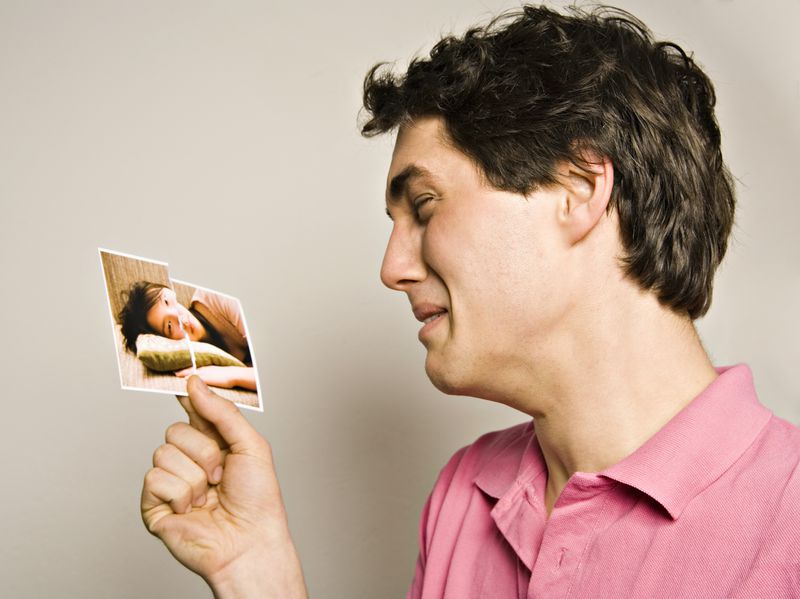 ronniejean1: I met up with this guy at a restaurant, conversation is going well, up until we order. He then excuses himself and is gone for a seriously long time. I thought he just left, and I was considering paying the bill and ditching out too. Maybe ten minutes later he walks back in with blood shot eyes. I thought he went out and smoked, which is a deal breaker for me so I knew the rest of this date was pointless. Then, he apologizes for his absence and told me I ordered the same dish as his ex and he got emotional and went and cried in his car. Seriously, I ordered the chicken alfredo, pretty common meal. Needless to say, that was our first and last date.