People Share Their Best "Fire Me, I Dare You!" Stories

Reddit users share their most infuriating stories about the moment they knew they had to quit. Some of them got fired, others stood their ground! 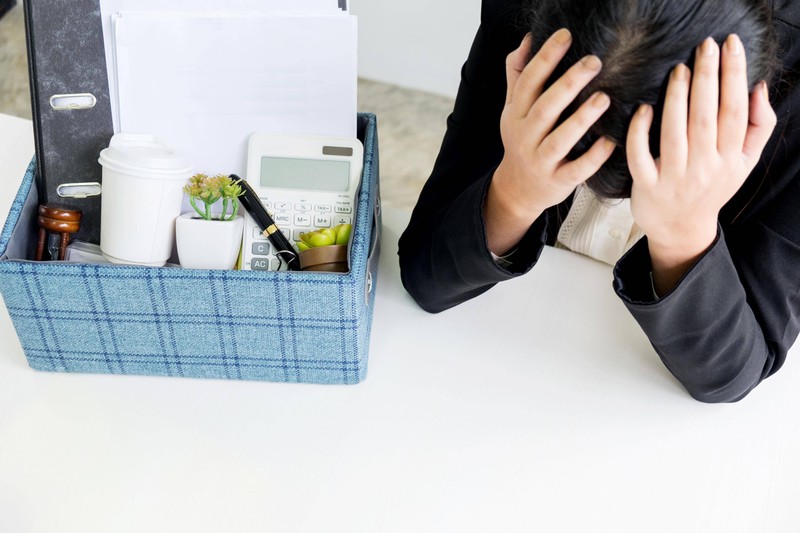 Many of us have thought at least once about defiantly yelling at our boss: "Just fire me already!" Not you? How very lucky you are. Then you've at least used a creative excuse to get out of work, right? Anyways, employees are often more powerful than they think they are. It's quite common for employers to rely more heavily on their staff than the other way round. Redditers share their nastiest stories about the day they were (almost) sacked.

Let's get this party started! 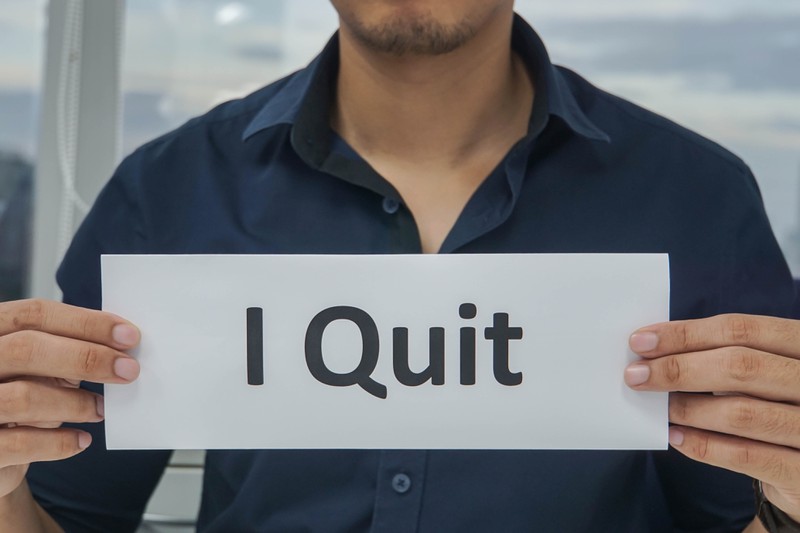 #1 Today's a Good Day for Refusing to do a Job

"I was 17 and working part-time at a fast food restaurant. Someone wrecked the men’s restroom. Shat in the urinal, rubbed shit all over the wall. The manager came out and told me to clean it. I refused. She threatened to fire me, to which I laughed in her face and told her “you can clean it yourself or you can lose an employee and still clean it yourself. I don’t need this job.”

Needless to say, I wasn’t fired and I didn’t clean that up. I still laugh thinking about it." 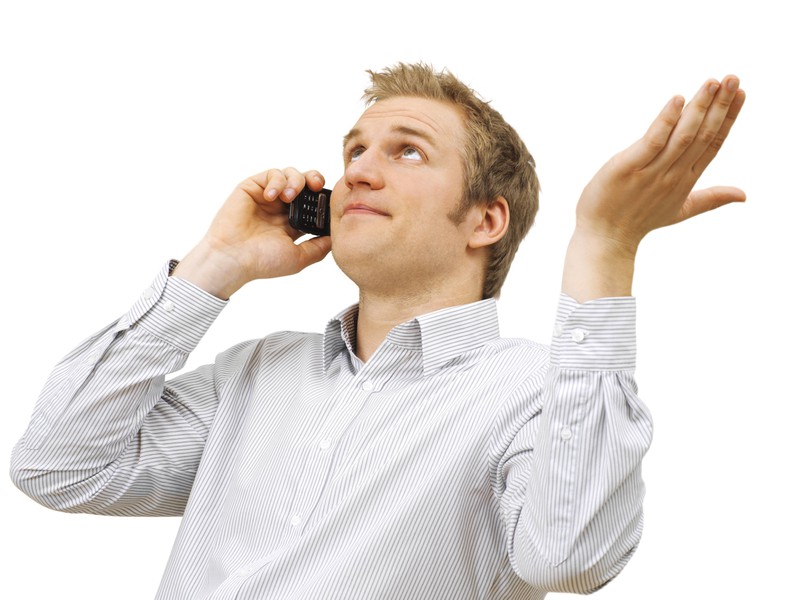 #2 Some Employers are the Worst

"I once called in sick to my part time job at Club Monaco. My manager told me that if I couldn't find anyone to cover my shift, I was going to be fired.

So I FaceTimed her from the ER and had the doctor explain to her that I needed an MRI cause they wanted to make sure I didn't have a brain tumor." 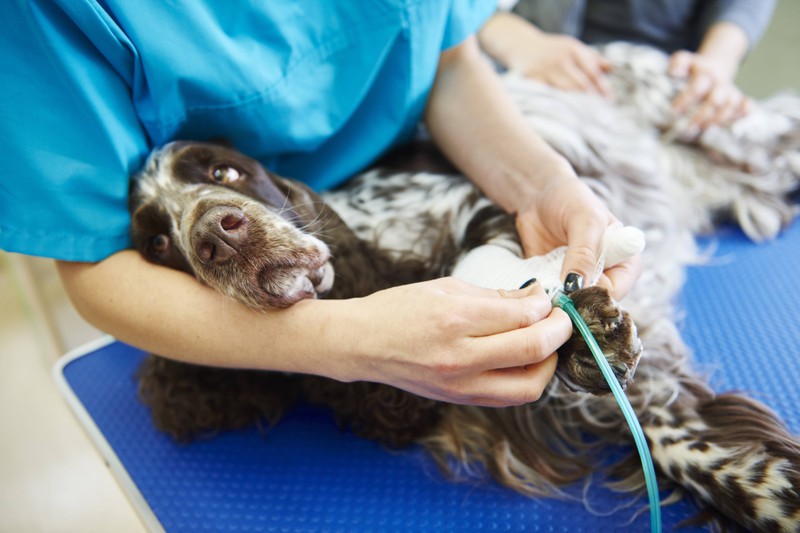 #3 We Would Have Done the Same

"My dog became very ill quite suddenly and he needed to be put down, I was at work and I asked to leave half an hour early so I could be there for him. I asked my manager and she got annoyed and said there was "no way" and that I should have told her earlier. I said "I'm sorry I didn't realize my dog was going to die" in the most sarcastic way possible then walked away knowing she'd follow me, I then stood at my desk and typed my resignation up infront of her.

She gave me the time off.

No one was going to stop me from being there for my boy." 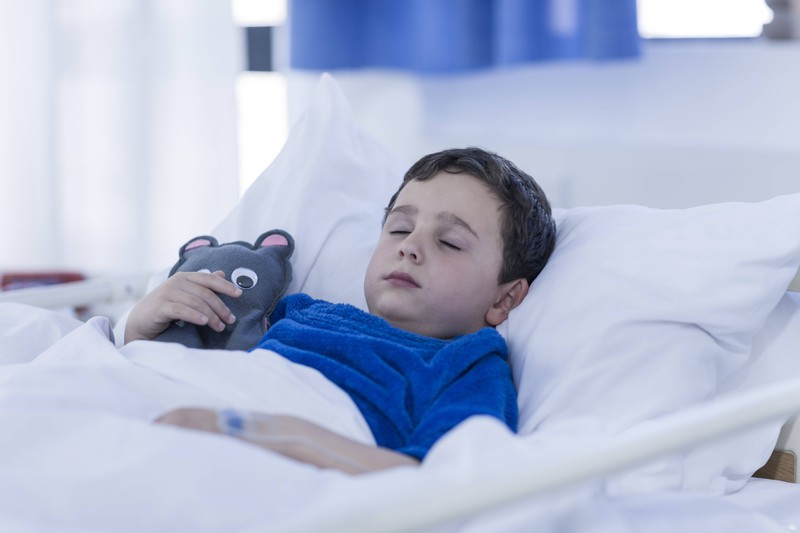 #4 This will Leave You Speechless

"Worked at a cancer nonprofit.

Hired a lady who knew about us because her kid had cancer.

Boss wanted me to fire her because she had to come in late or leave early to take her kid to chemo.

I refused. Boss said she'd fire me if I didn't. I told her she could go right ahead. Our CEO said no way." 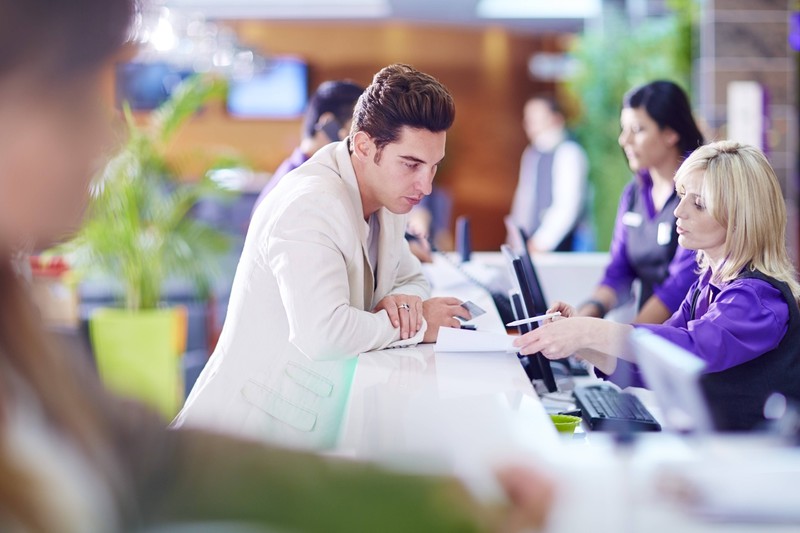 So he was delivering catering to an office one day and the receptionist obviously f*cked up. She was yelling at him in front of her bosses saying that he was too late (on time with proof) and that the order was wrong when it wasn't. She was making such a big issue of it and then said she was going to report him to his manager and get him fired.

So my dad said see if I care and gave her the number. she called and my dad picked up because he is not the manager but the owner. Everyone in that room was laughing at her." 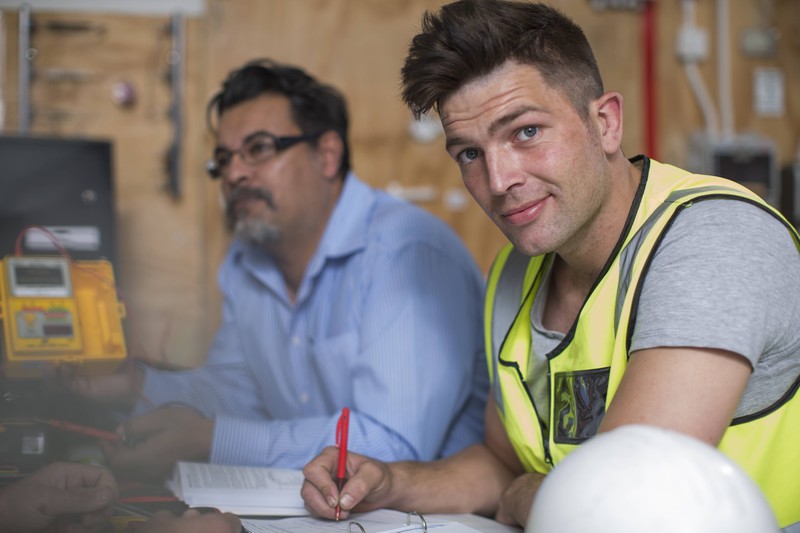 "I'm an electrician. Boss' son said my clothes are too dirty to wear to work. Told him these clothes were clean when I 1st wore them to work told him buy me new 1s or fire me. That was a year ago. still wearing the same pvc glue stained clothes to work." 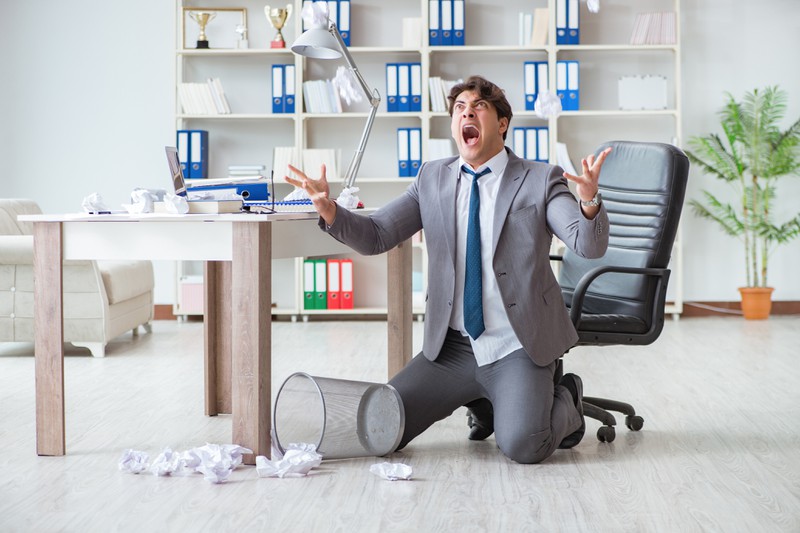 #7 Nothing Left to Lose

"The last week after they told us they were closing our store was basically a giant f*ck you, with all of us blatantly using our employee discount for all of our friends and family. What were the gonna do, fire us?" 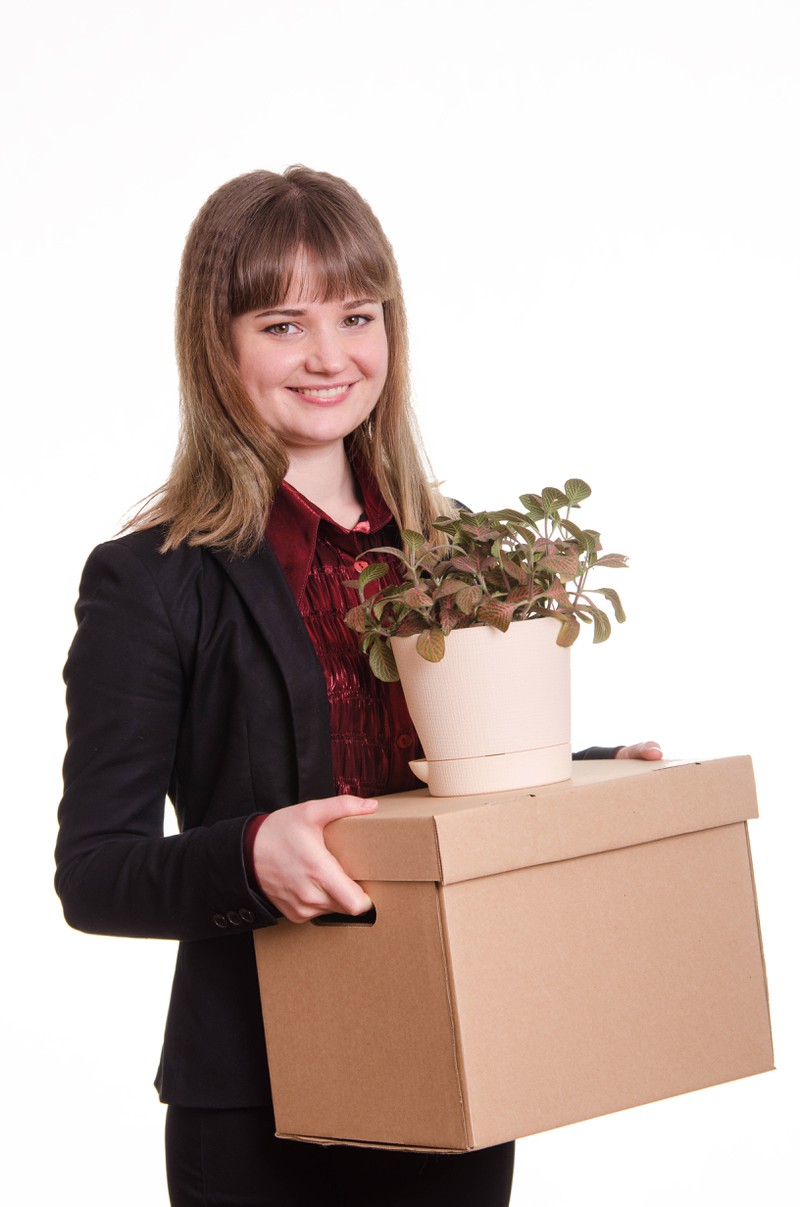 "Boss promised me a raise for October. When I brought it up before payday he denied having doing so, and also told me he is not "getting his money's worth out of the work I do". Told him he doesn't pay me enough for it to be worth my time and gave notice." 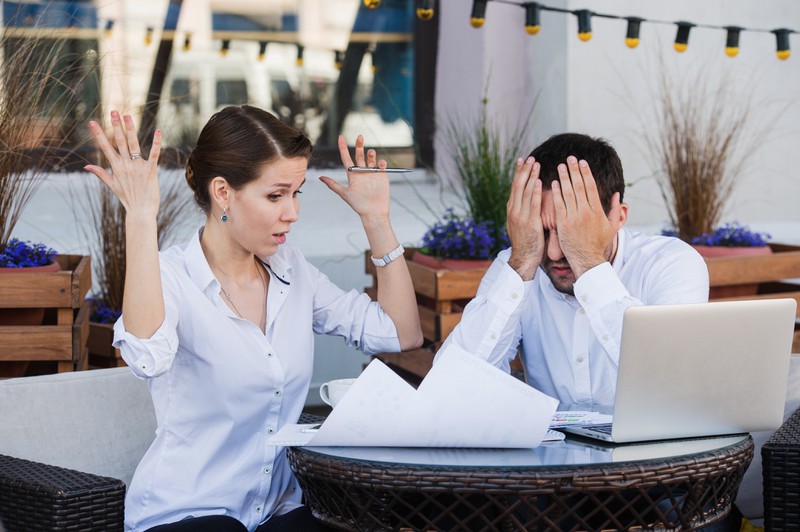 "Over the first year I worked there, I essentially took over most of the tasks in my department which were previously held by other departments and was done badly because of it.

This lead to a massive increase in productivity. I then found out I was paid significantly less than what others were making and others in my position across the industry were making.

So I go to my boss and tell them I had done all this work increasing productivity and I would like to discuss a raise. They said no.

So I work there for another year, asking for a raise every now and again until I was offered a job that paid double. It didn't start for a couple months so I held on to that job until I was set to submit my two weeks. I asked for a raise again, thinking 'what the hell why not.'

My boss goes off, tells me I wont get a raise and says some.....very colorful things about it.

It culminated with her telling me 'if you dont like your pay, maybe we should evaluate your future at this company' to which I replied 'Already have, I took another job and this was your last chance to offer me what I deserve. I quit.' and walked out of that office.

Friends told me that my sudden departure caused a massive backup of work that ended with my manager being fired for it." 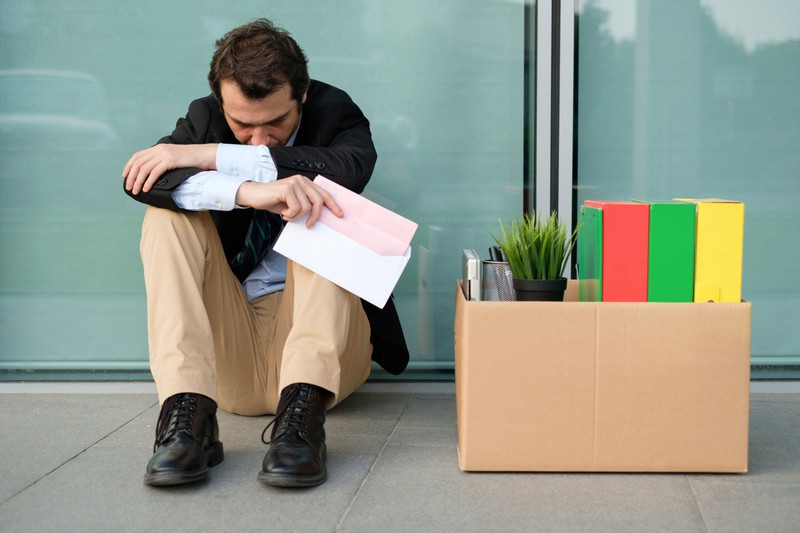 "Not me, but a coworker:

It was time for the annual salary discussions, and everyone knew there wasn't much room for an increase that year. One guy decided he was worth a lot more than the rest of us, even if he had just completed his 6 month trial hire after coming straight from school.

He had some kind of computer god complex and was under the impression he was the only one that could save his department. He went into discussions with the CEO himself, bypassing his manager. Went into the CEO's office and demanded a lot more money.

The CEO told him there wasn't room for such an increase this year. My coworker was furious and told the CEO he would quit if he didn't get what he felt he deserved. The CEO calmly told him to go fill out his resignation and wished him luck in the future.

My coworker had a pretty long face coming out of that meeting. Also, he did quit his position, and none of us missed him or his 'talents'."