Nobody Came To The Little Boy's Birthday Party

Teddy wanted to celebrate his birthday with friends, but nobody came to his party! However, his mom had a plan - and now he can smile again! 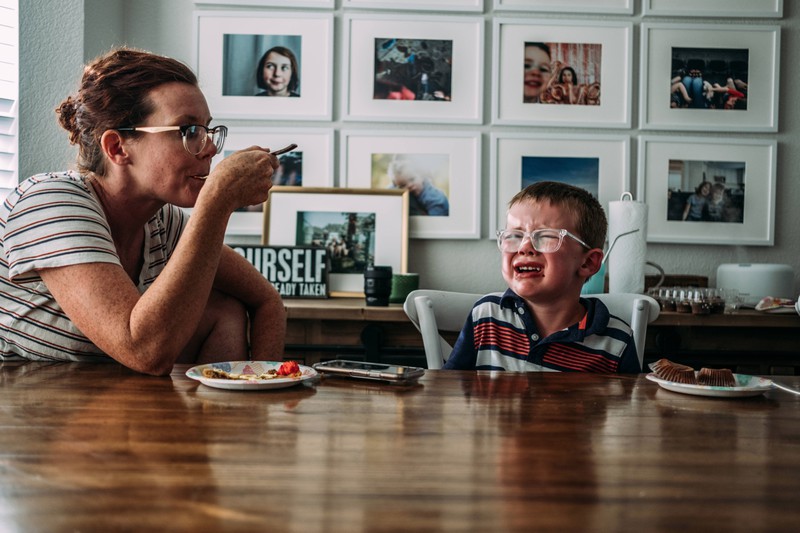 It should have been a special day for 6-year-old Teddy.The little boy from Tuscon, Arizona invited everyone from his preschool to his birthday party, but nobody came. Instead of celebrating with his friends, he ended up alone. Only his mom was there to comfort him.

Teddy's mom captured the unhappy moment and shared it to her Facebook page. It's very hard not to feel sorry for little Teddy! However, the photo made the rounds on Facebook, and caught the attention of someone special...

Teddy sent out 32 invitations in total. Instead of sharing the pizzas his mom arranged for his birthday with his friends, he sat at the table all by himself. His mom Mazzini was devastated! Seeing her son this sad on his b-day, she shared an image of it to Facebook. Later, she is going to tell a journalist from "ABC15 Arizona" that some of his friends at least had the decency to cancel. The rest simply didn't show up.

When said journalist re-shared the heartbreaking picture of the 6-year-old, Teddy not only received numerous heartfelt comments of congratulations. He got a very unusual invitation...

On the next page, we'll reveal which wonderful message surprised the little guy the most.

Apart from countless heartwarming comments, Teddy got an invitation that surely turned his frown upside down. The Phoenix Suns, an NBA team close to his hometown, came across his message. When they saw the sad boy's face, they didn't hesitate to invite him to one of their games - tickets on the house! On Twitter, they replied to the picture, saying "How about we celebrate with thousands at our place! Tickets to Wednesday’s #SunsVSLakers game are all yours Teddy! Talk soon!"

The comments below the post express sincere support for the team's effort to make Teddy happy. Twitter user MaryK Myal comments "Well done! That's an awesome thing to do for that little boy!" Others want a piece of the ticket cake, as well - PRINCE NATE writes "My birthday is on Wednesday I want to celebrate with thousands at your place too. Can I have some tickets too?"

We're pretty sure that Teddy had a great birthday in the end. Now his friends certainly feel bad for letting him down!