20 Medieval Baby Names That Need To Have A Comeback:

You want to give your unborn baby a name full of history? Then consider one of these Medieval names because they will make a comeback! 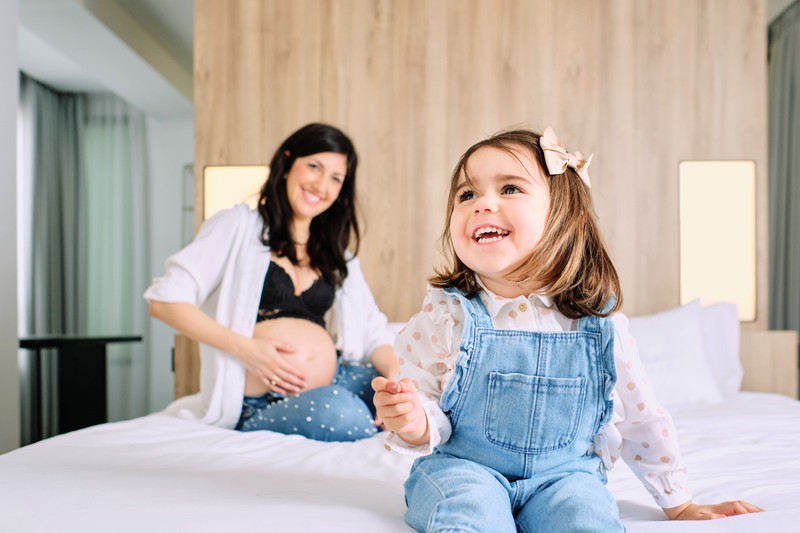 Girl or boy, whatever the gender of your future baby, medieval history is full of sublime names. Here is a list of ideas loaded with medieval and mythical history, both feminine and masculine. The history, origin and symbols associated with medieval names can help you make your choice. Here are 20 of the most beautiful medieval names that should come back in trend. 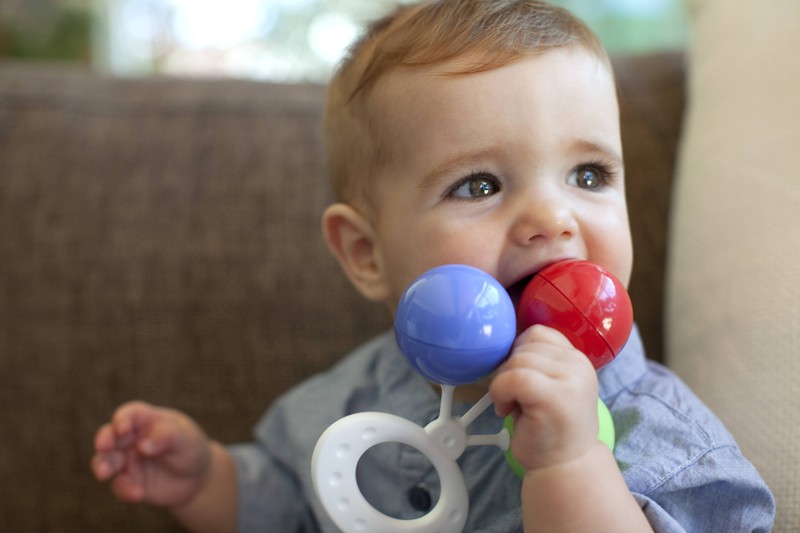 The boy's name Arthur will be the perfect armor for a fearless and dreamy little boy. Arthur pays tribute to the legendary King Arthur. This name is of Celtic origin and has the meaning of "bear". 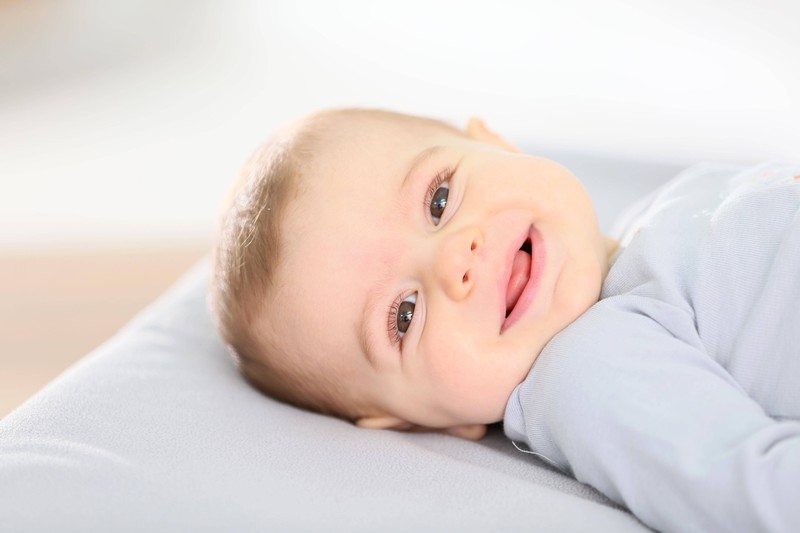 Extremely common in medieval times, Amaury is nowadays very popular socially. It is indeed a name that remains very popular with the most affluent social classes, and often with parents of Catholic religion. However, this beautiful name has something to seduce all the circles, with its strong meaning. Indeed, Amaury is derived from the Germanic name Amalric, which is made up of the word "amal" which means "work" and "ric" which means "powerful". A son with the name Amaury will therefore be able to achieve great things! 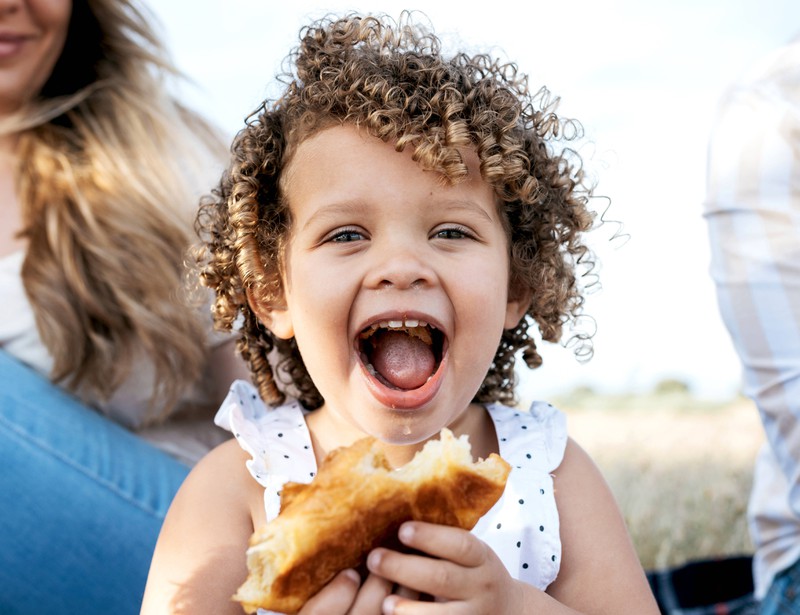 Eleonore is a feminine name that emerged in medieval times. It is attributed to the Greek root of the word Eleos which means "compassion". The Eleonore have a noble character; they are demanding towards themselves, and very generous and understanding of the feelings of others. 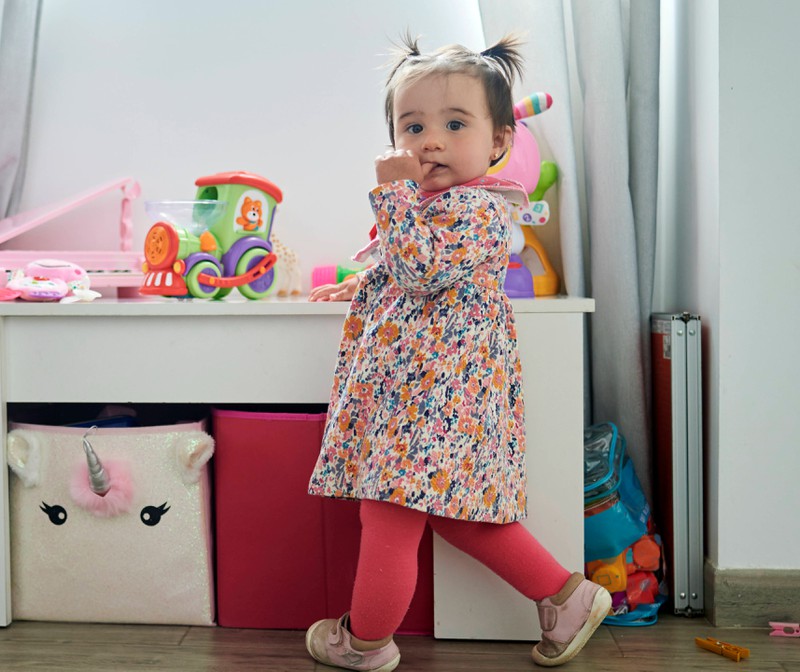 The female name Julia is a derivative of "Julius". Julius was a Roman family name that was borne by important Roman personalities. We owe him the male name Julius, and its female variant Julie. The Juliuses claimed to be descendants of Iule, the daughter of Venus. The Julia and the Julie are said to have great artistic and creative abilities, as well as a sense of harmony worthy of the goddess of beauty embodied by Venus. Julia's feast day corresponds to April 8th in the calendar, date of Saint Julie. 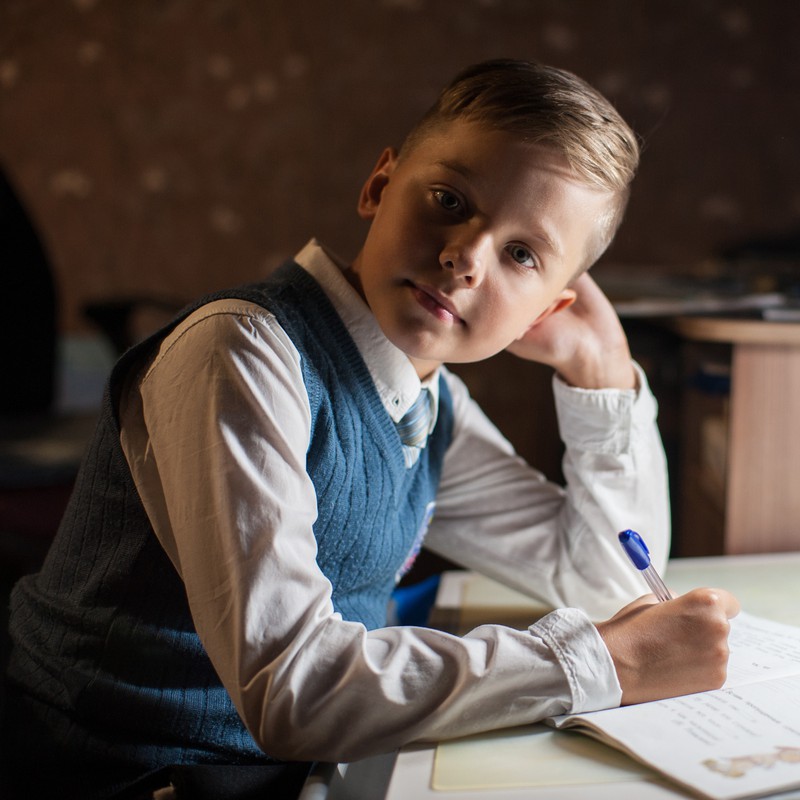 Guillaume was one of the most common medieval male names in the Middle Ages. It was especially worn by knights. History even tells that at a banquet held on Christmas Eve in the year 1171, knights who did not answer to the name Guillaume were asked to get up from the table. More than a hundred guests remained seated, as there were so many Guillaume's at the time! Still very popular today, the first name Guillaume is however a little less frequently given for about ten years. 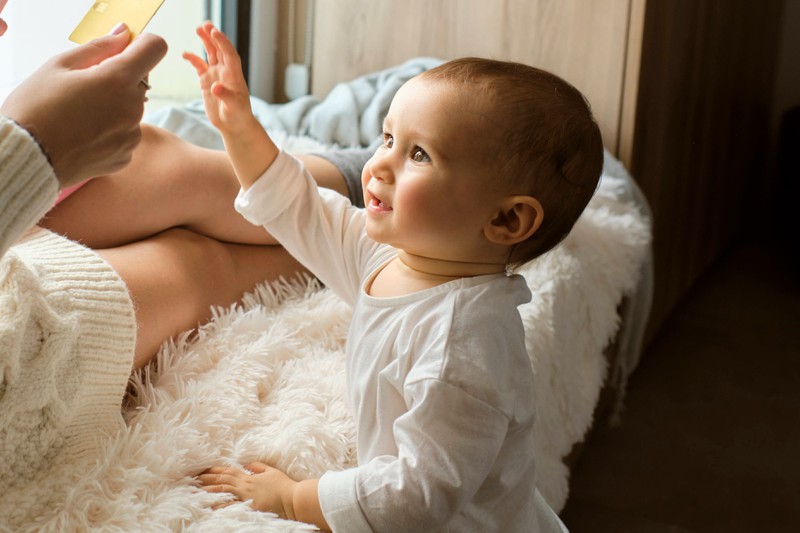 Ariane was a Christian woman in Asia Minor in the 5th century, whom the crowd saved when she was condemned to martyrdom. In the Greek world, Ariane is also a name with a wonderful history. Ariane is in Greek mythology the daughter of the king of Crete Minos, and is in love with Theseus. Theseus came to the island of Crete to fight the Minotaur, a half-man, half-bull monster. It is in this context that Ariane gives Theseus a magic thread with which he will be able to find his way through the labyrinth. Once this mission was successful, Theseus was supposed to send a sign to Ariane to inform her of his victory. However, once the Minotaur was knocked out, Theseus completely forgot to communicate his victory to Ariane, who committed suicide out of grief by throwing herself into the Adriatic Sea, from a coast of the island of Naxos. This name with a very strong meaning has influenced great artists and poets. We can think of the character of a distraught lover incarnated by Ariane in Belle du Seigneur, the novel by Albert Cohen 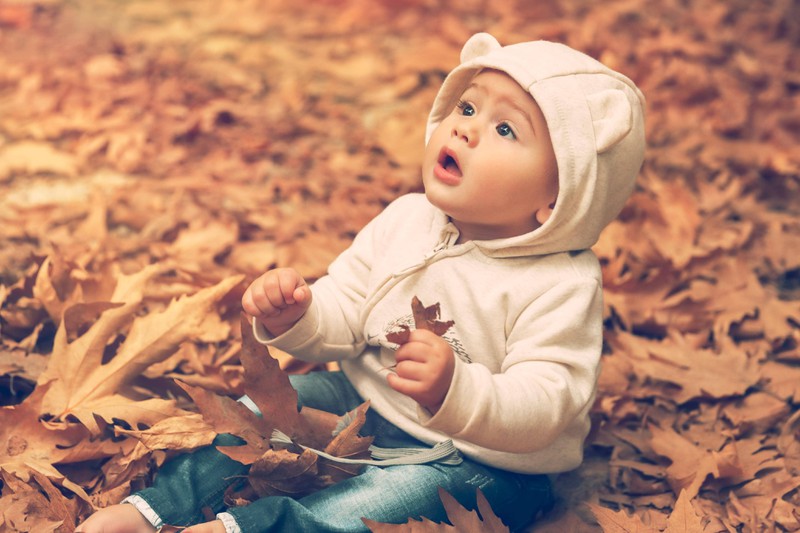 This name, originally masculine, is nowadays sometimes given to girls. It has its roots in the medieval period. Etymologically, Edwin is composed of "Ed" which has the meaning of wealth and "win" which translates to "friend" in Gaelic. A little boy named Edwin is therefore born under the sign of luck, since he is word for word "friend of fortune". Edwin is celebrated on October 12. 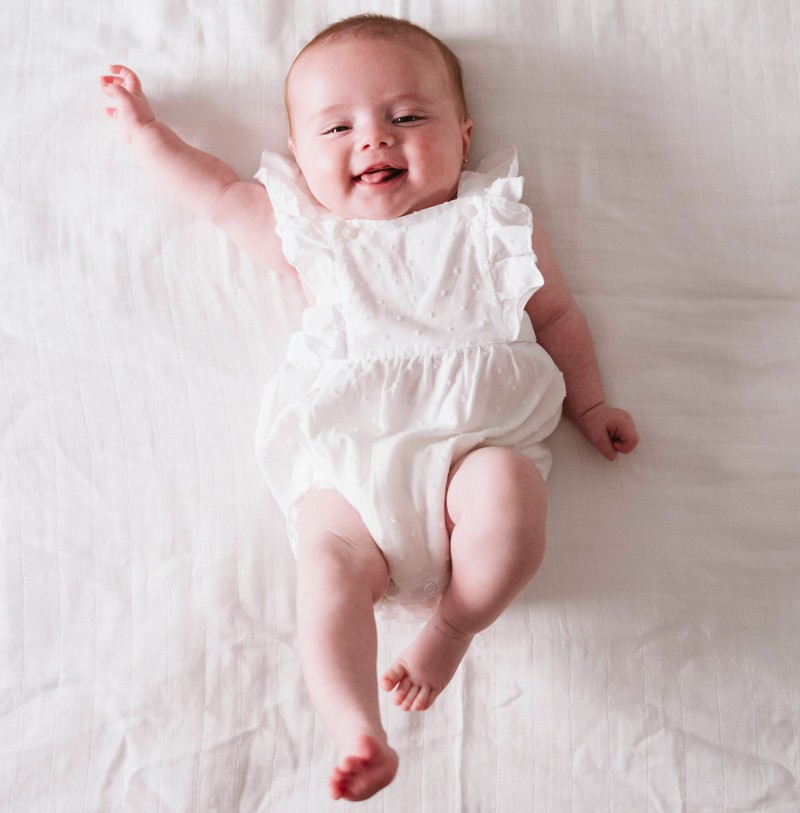 Alix is a medieval first name that has the meaning of "noble". 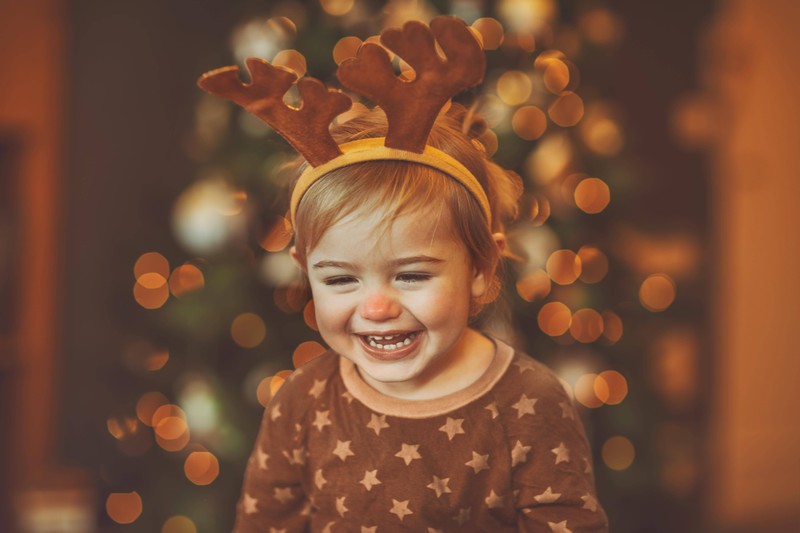 Isaure is an ancient medieval name for girls and boys. It is derived from the Greek word Isauros which refers to the inhabitants of Isauria, a region of Turkey. Isaure also means "golden" or "God is fullness" in Greek. Isaure was not extremely common in the Middle Ages, and was rather worn by noblemen. The name gained popularity in the 19th century. On the other hand, St. Isaure was a Christian martyr during the 3rd century, who then died. 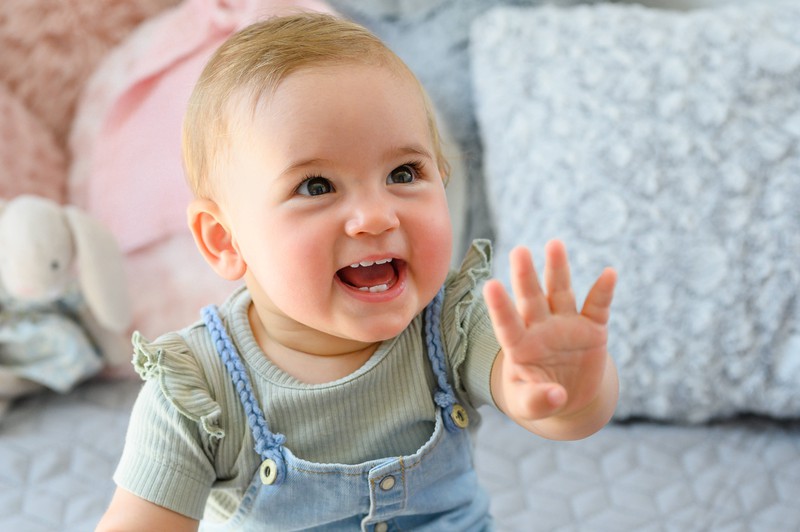 The feminine name Heloise has kept its beauty from century to century. In medieval times, it was very popular. It remained very popular thanks to Jean Jacques Rousseau and his novel entitled "La Nouvelle Héloïse", published in the 16th century. This work is a vanguard of romantic literature. The little girls named Heloise are said to have a dreamy, literary and romantic character. The Heloise would be thus dedicated to a romantic life. One knows the variant Eloise to him. 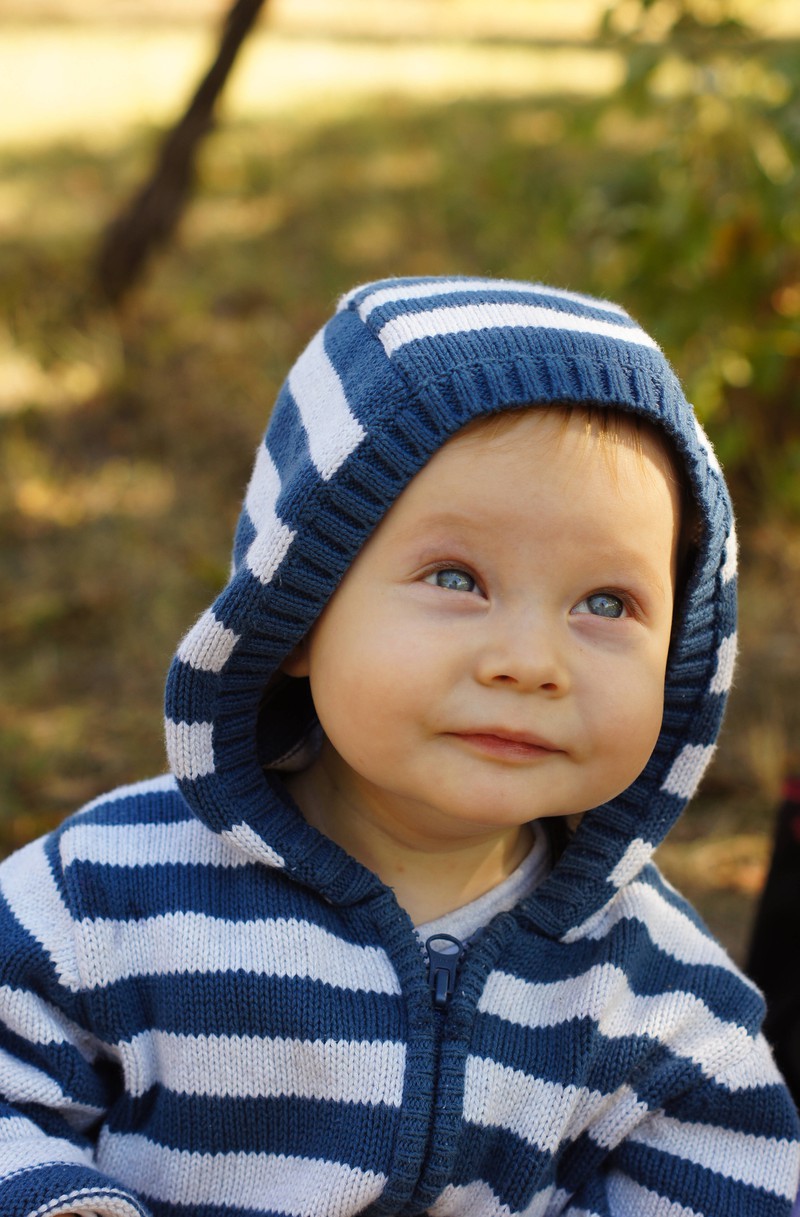 The name Jean has its origin in Hebrew. It is a variant of Yann, which is derived from the Hebrew term Yehohanan, meaning "God gives grace". In reference to the apostle Jean, it has been the name of 22 popes. Jean can also be a feminine name in British countries, pronounced in the English [djinn]. 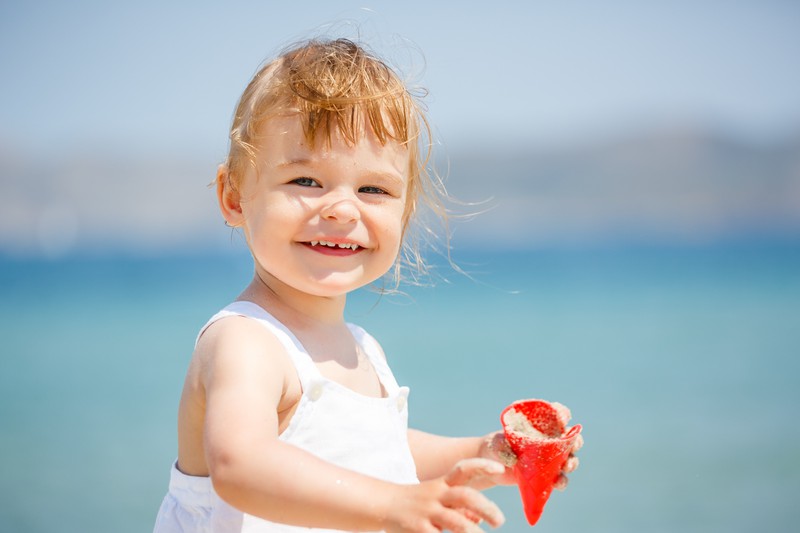 This name is derived from the name Elizabeth, which means "God is an oath". 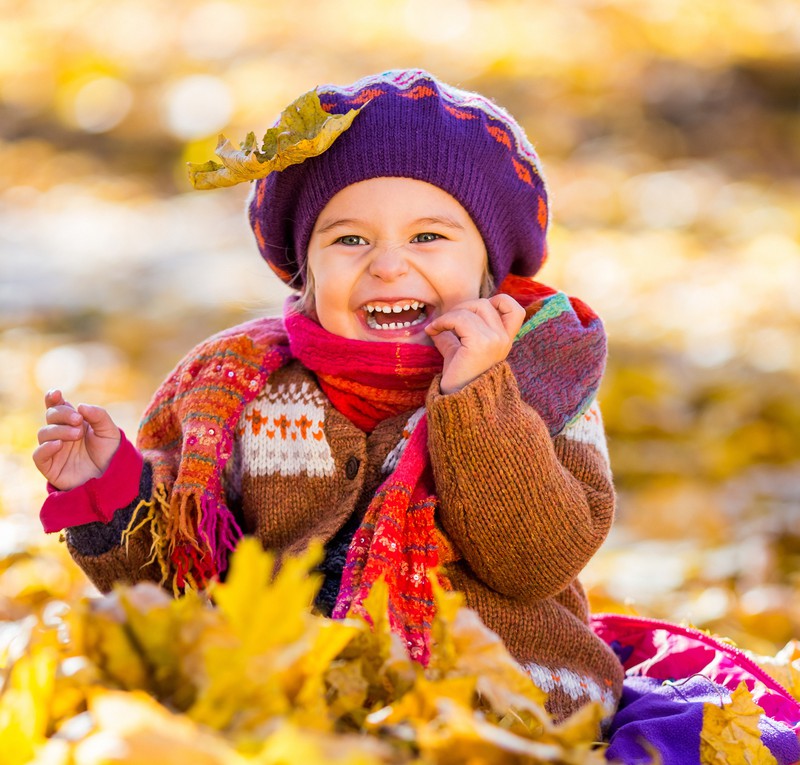 Lucie is a feminine name which comes from the Latin word "lux" which means "light". Popular since the Middle Ages, it had become very outdated in the 1960s, to return in force in the 1990s. Today, it remains very trendy. It is perfect for bright and shiny little girls, because of its Latin meaning. 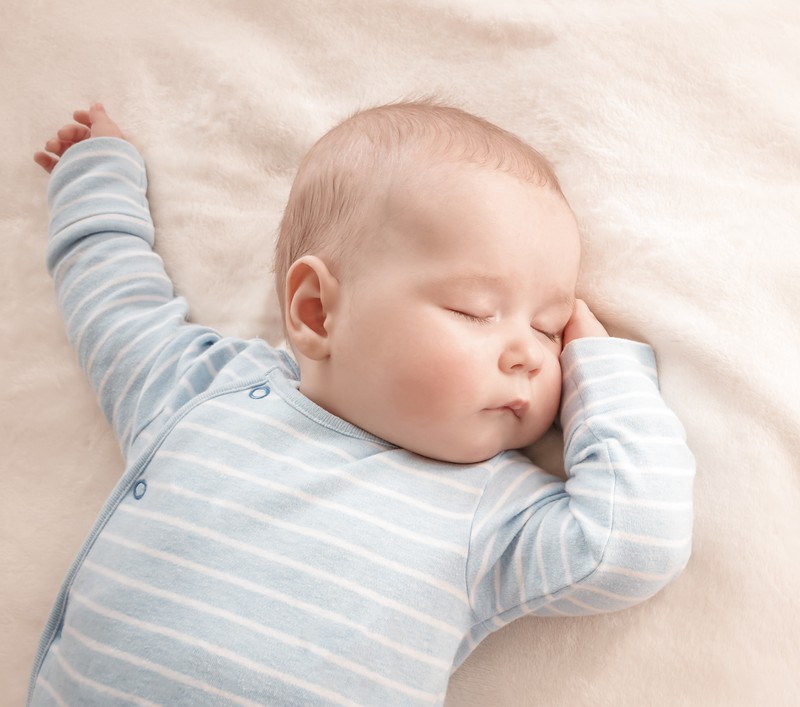 Aymeric is a masculine name that was quite popular in medieval times. It first spread in France before conquering the Anglo-Saxon countries. 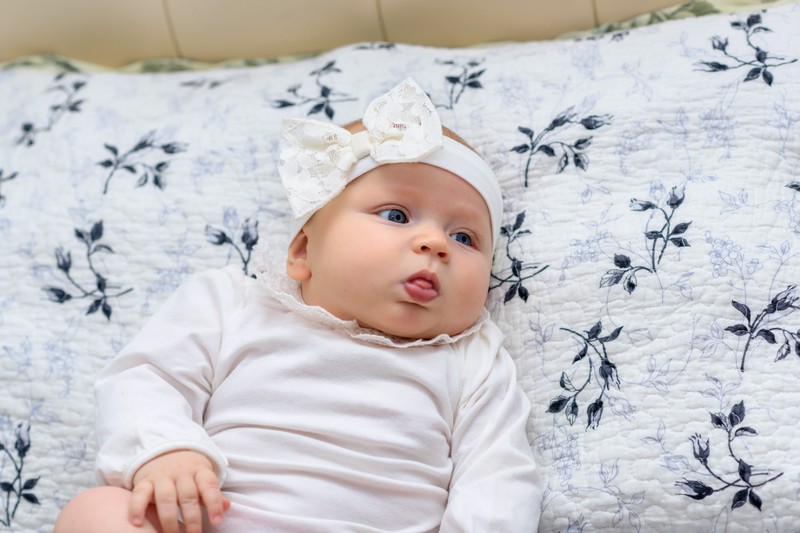 Mathilde is one of the most stable medieval female names in history. Mathilde has certainly known a decline in popularity during the Renaissance, like many names of the Middle Ages. But today, Mathilde is still among the 50 most attributed names, and has been for over 20 years. Mathilde is a derivative of the Germanic name Mathild which means "strength" and "power". This name was popular in the Middle Ages and declined during the Renaissance like most medieval names. 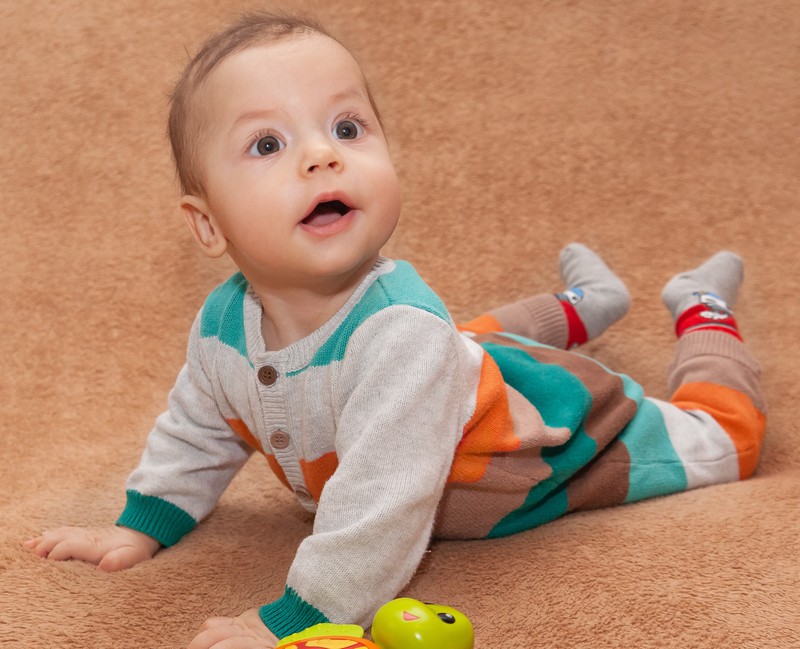 Tristan is a first name for men from the medieval period. It owes its fame to the legend of Tristan and Isolde, which dates from the 12th century. Tristan was the son of the king of Loonois, and Isolde the daughter of the queen of Ireland. Before her marriage, her mother prepared a love potion for her to fall in love with her husband. By mistake, the maid served the love potion to Iseult and Tristan instead of to Mark, the man who was promised to Iseult. Tristan and Isolde will then live an impossible love story, which ends in a real tragedy. Tristan is therefore a very beautiful name, full of passion and melancholy. Before the story of Tristan and Isolde, Tristan was born from the name of Drystan, a hero of Celtic origin. The name means "tumult", "noise" and "revolt". 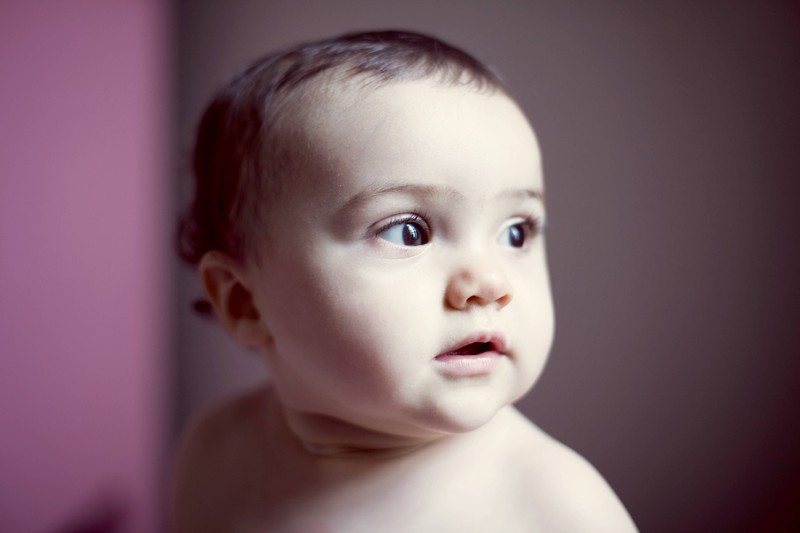 Clothilde was the name of the wife of Clovis, who was the king of the Franks. This medieval name for women comes from the Germanic name Hlothilda, which translates as "glory" and "fight". Clothilde knows the variant Clotilde. 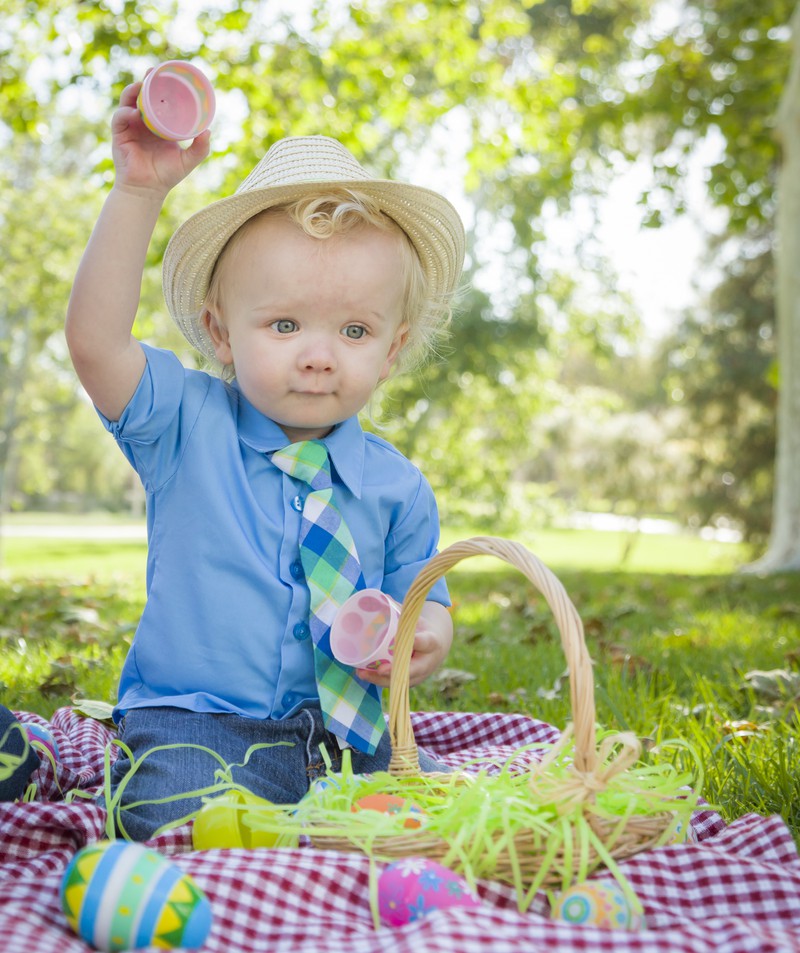 The name Gauthier comes from the Germanic language. This name comes from the verb "waldan" which means "to govern" and the word "hari". Gauthier was particularly worn by knights in the Middle Ages. 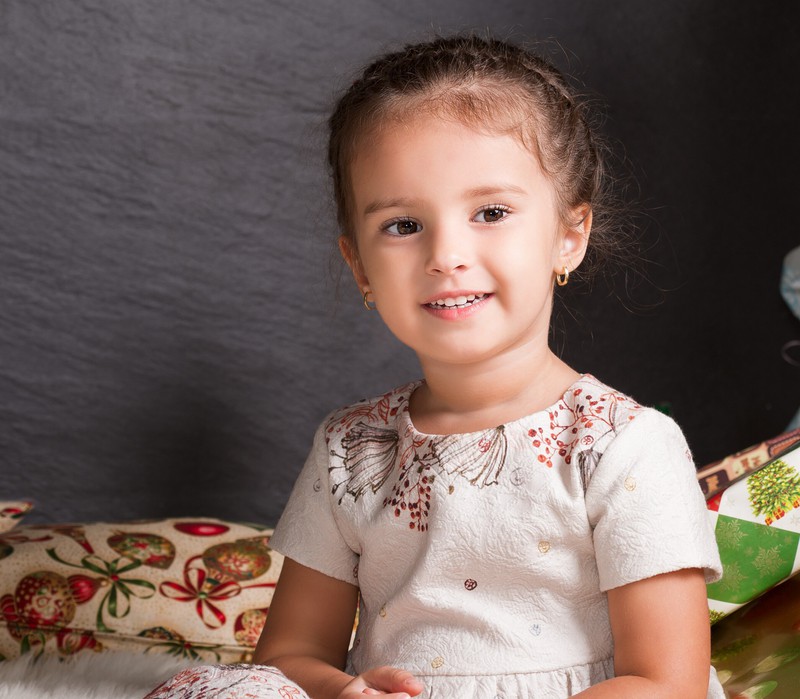 Diminutive of Marguerite, Margaux comes from the Greek margaritès, "the pearl". This name has been used since the Middle Ages, but was only registered in the civil status registry in the second half of the 20th century. 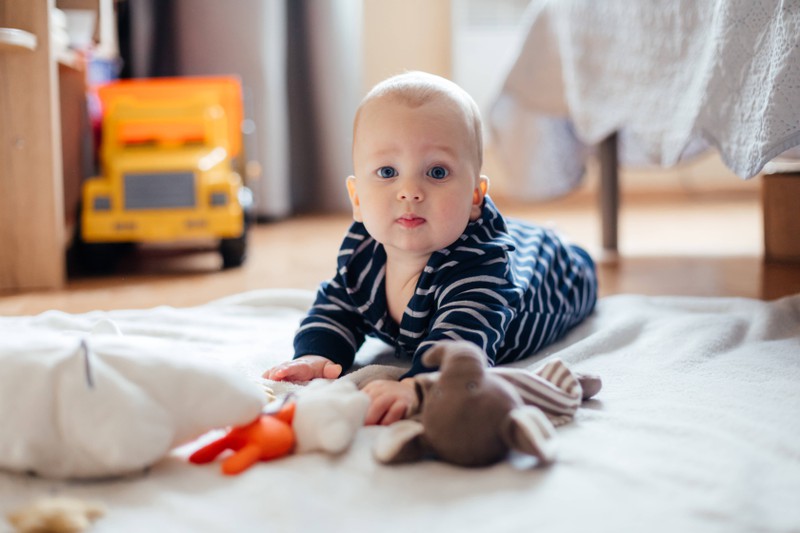 With accent or not... as you like ! This typical medieval name is derived from Thibault, from the Germanic theud, "the people", and bald, "bold".