The Theories About Cartoon Movies Will Change Everything For You

There are many theories about movies and series - including our favorite cartoon movies. But when it comes to these, you'll see them in a whole new light. 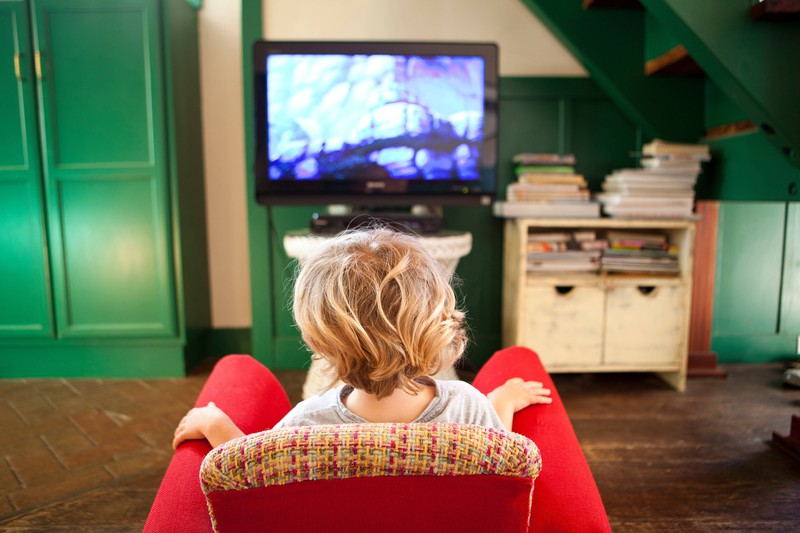 Most people remember some cartoons from their childhood and teenage years and like to take a nostalgic look at these popular movies. But did you know that some cartoons have been the subject of much discussion for years, so there are many theories about them? By reading these theories, you will probably see children's movies in a totally new light, because they are really plausible.

Here you can find the most famous theories: 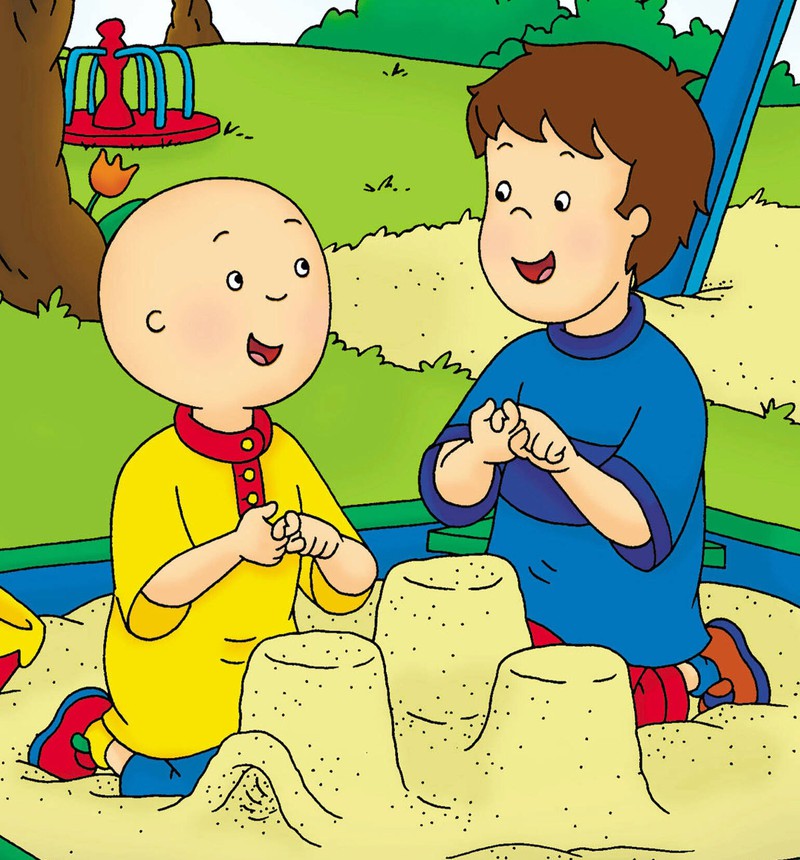 We all remember "Caillou" and we would probably find some things about the series a little strange today. How come Caillou doesn't have any hair, while his little sister Rosie does? And why is there always a white border in the pictures? One theory is that the boy is suffering from cancer and is undergoing chemotherapy in the story, which would explain why his parents always remain so calm, because they want to make his life as pleasant as possible and feel sorry for their son. The white border could then also be explained as a memory of the life Caillou has at the end of his short life. But it could also be explained by the grandmother telling her grandchildren Caillou's tragic story. The Éditions Chouette, on the other hand, emphasize that this is an ordinary child and that the absence of hair only serves to make him recognizable. However, this theory is quite plausible, isn't it?

But there is another theory: 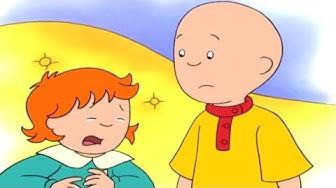 #2 Rosie is the Narrator of "Caillou's" Story

Some assume that in "Caillou", the elderly woman telling the story to her grandchildren is in fact Caillou's younger sister Rosie. There are, for example, indications in the method of narration such as: "The story happened [...]", which suggests that the grandmother is telling a story from her life and not simply making something up. If we relate this to the fact that her brother had already died of an illness as a child, the theory also gains credibility, as it becomes clear why the lady wants to recall that time. 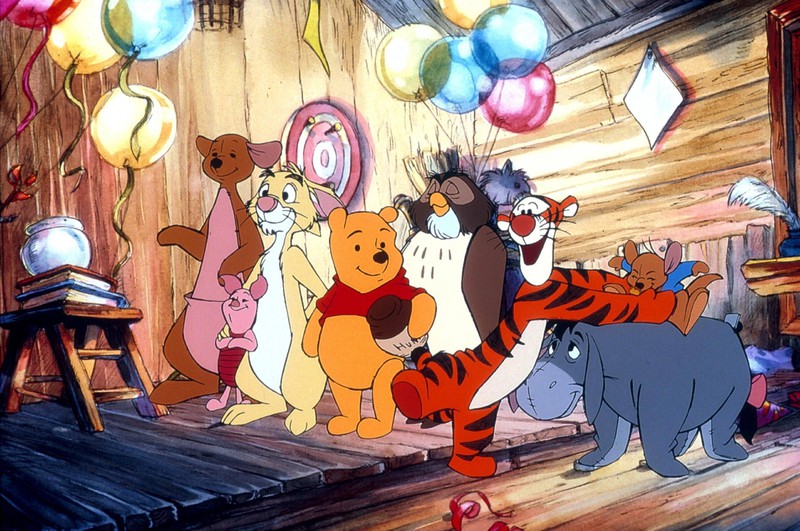 #3 The Characters in "Winnie the Pooh" Represent Certain Diseases

Have you ever noticed in "Winnie the Pooh" that all the characters have certain peculiarities that are reminiscent of mental illnesses? For example, Winnie the Pooh himself might indicate an eating disorder because of his obsession with honey. Eeyore could also be diagnosed with depression because his basic attitude radiates melancholy. Roo is thought to have a developmental disorder (autism) due to his lack of awareness of the outside world and social interaction, while his mother Kanga has characteristics of a social anxiety disorder due to her overprotectiveness. In Tigger it is obviously ADHD (attention deficit hyperactivity disorder) through impulsivity and in Piglet it is an anxiety disorder with persecutory delusions. Rabbit would be the personification of obsessive-compulsive disorder due to his obsessive nature and Owl can be attributed to dyslexia - a reading and spelling disability - as well as signs of narcissism. Finally, of course, Christopher Robin, who talks to animals in the forest ... is missing. A clear sign of a deviant reality, as is the case with schizophrenia, isn't it?

By the way, it isn't assumed that the characters were not originally intended that way, as is clear in Snopes article, yet it is difficult to deny the true core of the theory in the characters.

There is another series that allows the classification of characters. 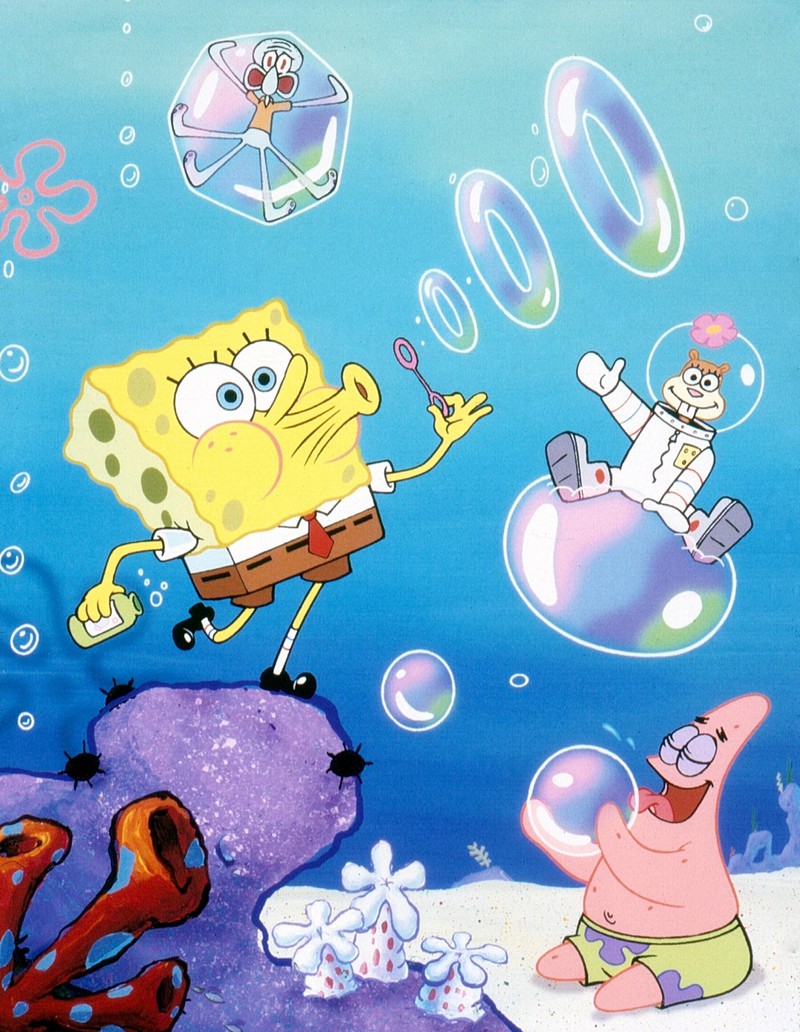 When it comes to SpongeBob SquarePants, there is a well-known theory that different characters represent the seven deadly sins. The question of who represents what is regularly debated, but the most common and frequently cited list is as follows: Sandy is the symbol of pride through her pride in her country and as a scientist. Mr. Krabs is, for well-known reasons, the undisputed symbol of greed, and Plankton is often depicted as envy personified. Few people will find contradictions in Patrick as lazy, just as Squidward Tentacles can be seen as angry, as he often expresses dislike and hatred for things in his life. On the other hand, there are greater arguments with Mrs. Puff, who will be seen as a glutton, as she seems to have an exaggerated love for food. Patrick and Gary are also mentioned here. Lastly, still missing is lust, attributed to Pearl, Mr. Krabs' daughter. She often gives the impression of being obsessed with boys and talks about it in many places. 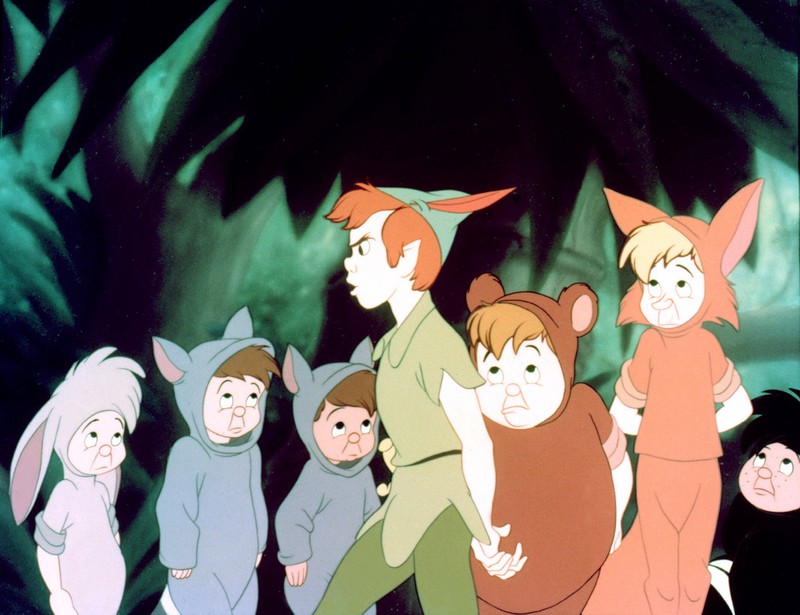 #5 Peter Pan as the Angel of Death

One point has gone unnoticed by many. Indeed, Peter Pan can be considered as an angel (of death). He is thus supposed to help children die. Neverland is therefore not paradise, but the afterlife to which the angel accompanies his protégés (the dead children). Unfortunately, Peter Pan only brings his friends to Neverland so that he will not be alone. He doesn't care if they in turn lose contact and ties with their families. 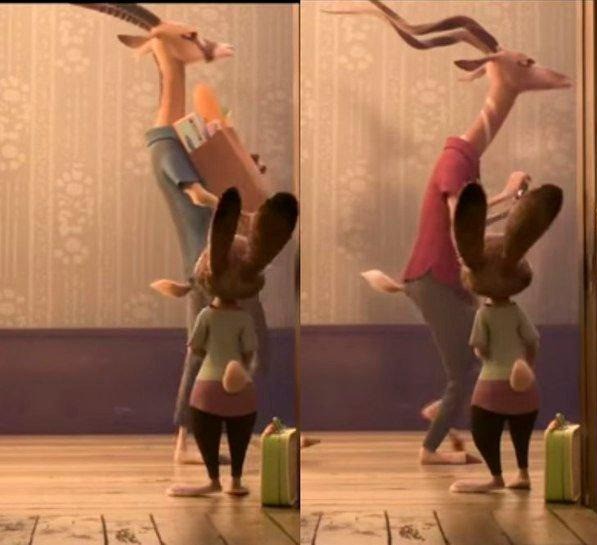 #6 The Homosexual Couple in Zoomania

When Zoomania was released in theaters, few people paid attention to one particular detail about Judy Hopps' neighbors. The relationship between the antelopes Bucky and Pronk was never clearly described. Or so we thought. Indeed, the film's credits give information about it: both have the same last name. A family link can be excluded by the simple fact that they do not belong to the same species. We can therefore assume that they are married between people of the same sex and therefore have the same surname. What luck!

Then, we have another hypothesis for you concerning Aladdin... 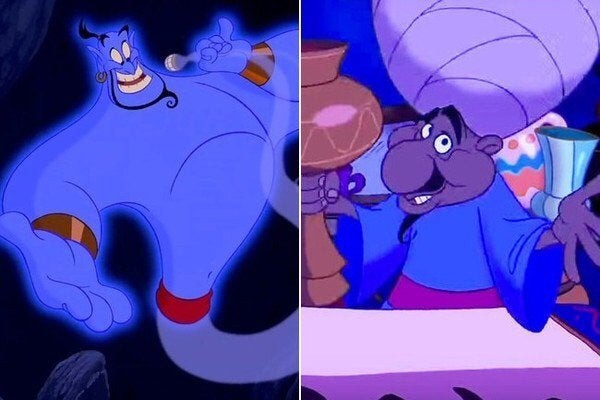 #7 The Genie and the Merchant

In "Aladdin", fans have long wondered if the merchant who tells the story at the beginning of the film was actually Genie. The theory has been repeated many times and kept alive. The starting point was that Robin Williams doubled as both Genie and the merchant in the original.

In addition to the voice, the fingers also offer a point of reference for the theory. Indeed, if we look at the fingers of the two characters, we notice that they both have four fingers, three fingers and a thumb. The similarities speak for themselves.

After many years, the theory was confirmed by the film makers. In fact, the link was supposed to be clarified at the end, but unfortunately it got cut in the editing process, so that the link became a myth. 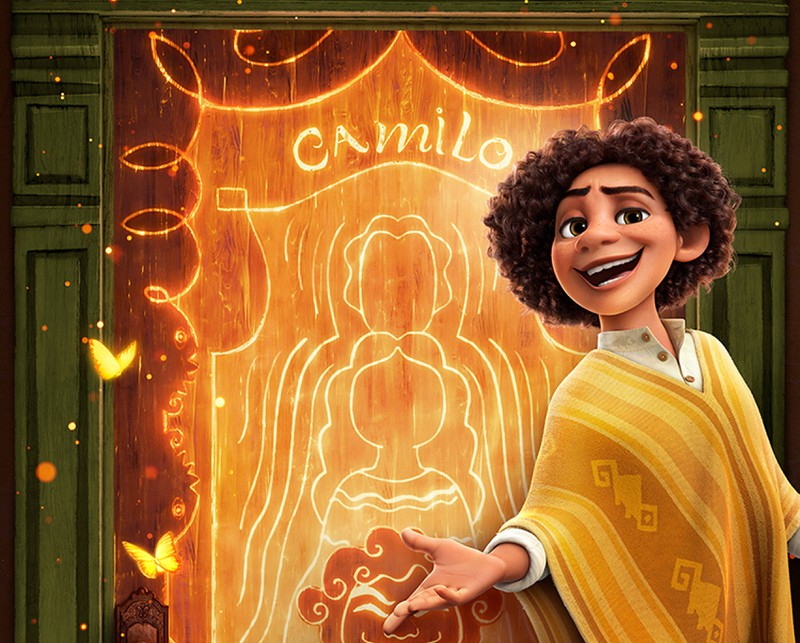 In "Encanto", Camilo can easily transform from one character to another. But he never transforms into Luisa, because he could not accept her missions. Therefore, he probably does not adopt the character of his older sister.

There is another thing that we suspect in "Encanto" ... 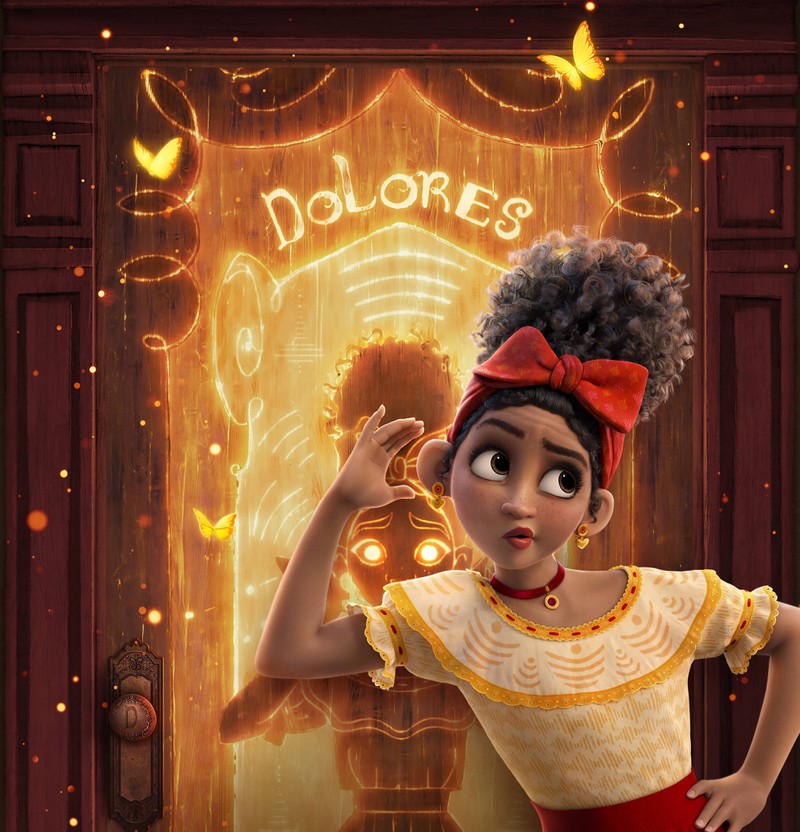 #9 Did Dolores Know that Bruno was in the House?

Another thing that has been discussed by fans is the role of Dolores and her hearing powers. So, perhaps she could hear Bruno all the time, as she implies in the song "We Don't Talk About Bruno". However, she apparently can't distinguish from what distance the sounds she hears are coming from. She hears everything in the same volume and therefore could not determine if he was in the house or not. 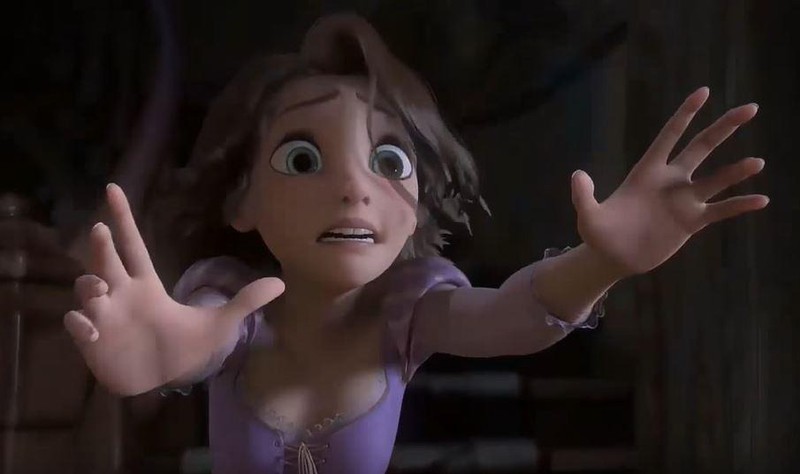 In "Rapunzel," there is a split second where Rapunzel desperately reaches out to save Mother Gothel - even after she stabs Eugene! It's so quick you could miss it, but it shows the huge impact that emotional abuse can have in the long run." 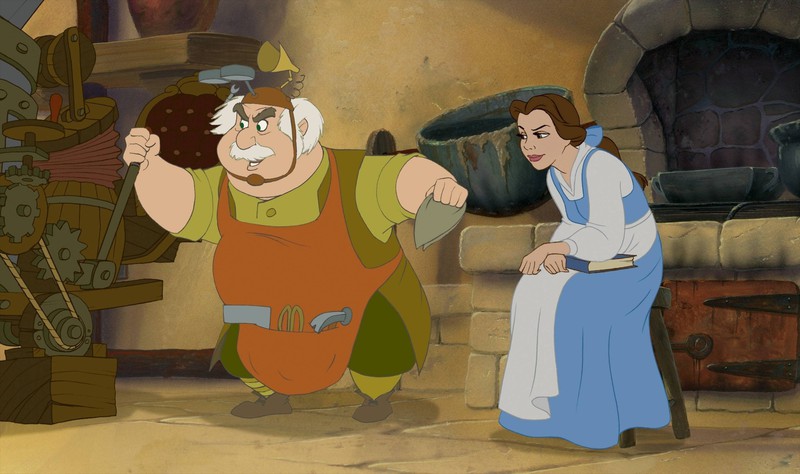 #11 Alzheimer's Disease in "Beauty and the Beast"

Maurice suffers from early stage Alzheimer's disease and Belle is determined to care for him. The relationship between Belle and her father is somewhat surprising considering that she wants to get away from home and live somewhere other than the village, but she dreads leaving because her father is in the early stages of Alzheimer's disease. Evidence: He gets lost on the way to the fair. He has the reputation of being 'Maurice's old fool' (which is unfortunate, especially since he is not responsible for his illness)."