19 Scenes From Disney Movies That Would Be Banned Today

Disney is known for their children's movies. However, as children, we didn't realize they had obscene scenes. These movie scenes banned today 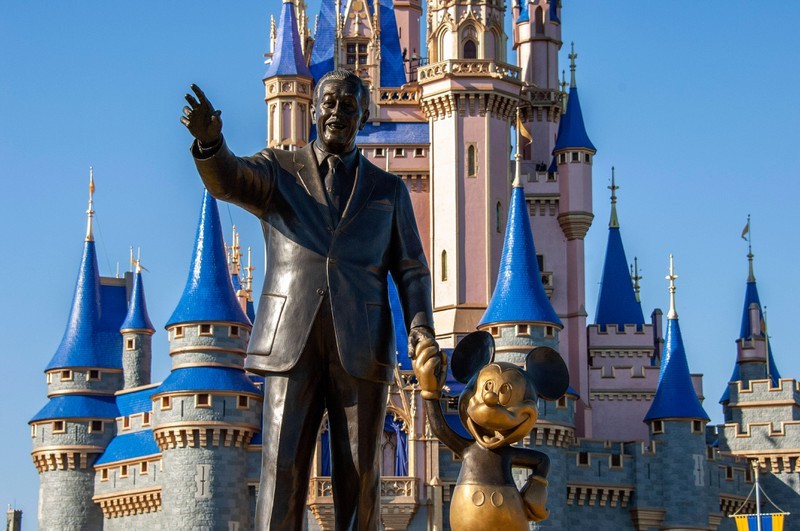 Walt Disney is one of the heroes of our childhood: after all, how would we have survived our evenings without Ariel, Belle, Mickey Mouse and the like. And even though the world-famous movies probably annoyed our parents after the eighth viewing, they gave us carte blanche to choose our movies. I wonder if that would have been the case if they had looked at the following scenes a little closer? Because, from today's perspective, they probably would be banned in a children's movie... 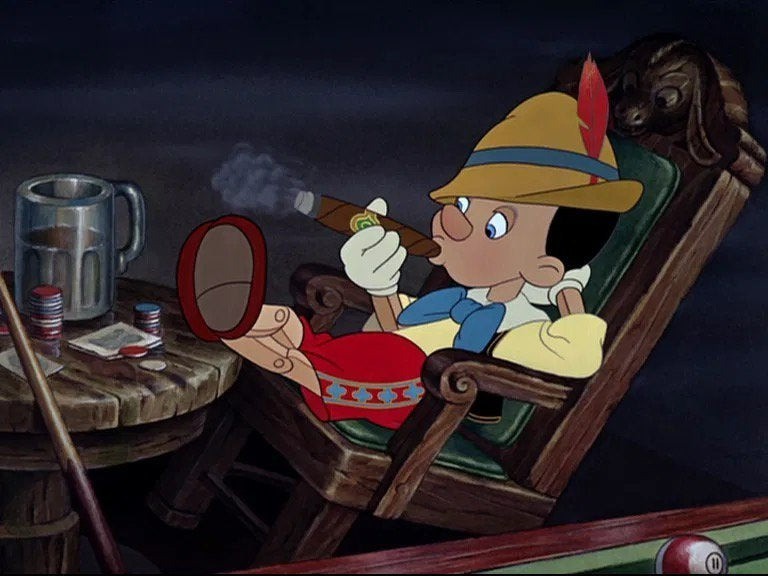 Even though Pinocchio is strictly speaking only a wooden puppet, he is presented in the film as a little boy. All the more forbidden in this day and age would be the scene in which Pinocchio offers himself a cigar as if it were normal. 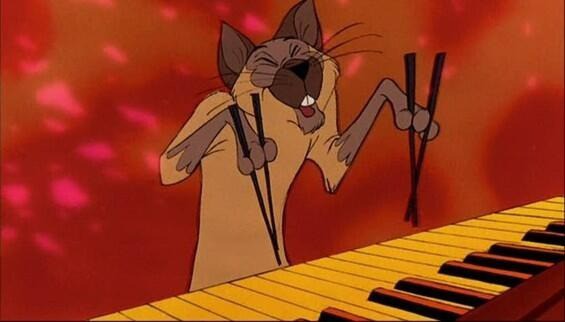 ... in a book that would probably be banned today due to accusations of racism. Because today, no one would have the idea of depicting an Asian cat with chopsticks and over-stylized facial features - and, honestly, that's a good thing. Racism and stereotypes have absolutely no place in a (children's) movie! 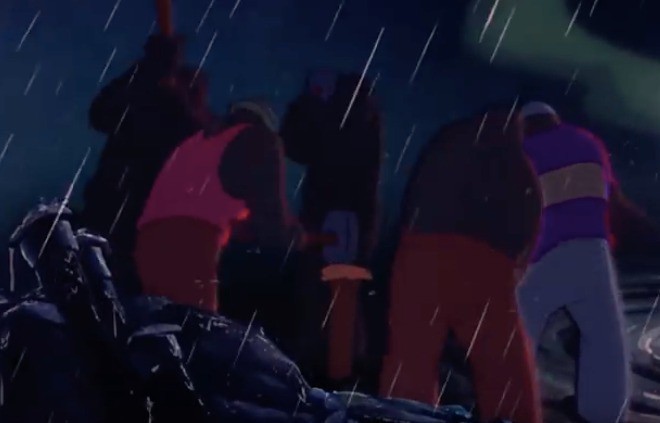 #3: Dumbo - Slavery out of Context

In Dumbo, there is a scene in which faceless black characters sing about how they never learned how to write and how they work day and night until they die. In general, it is a good thing to raise awareness of racism and the history of slavery in the US, even in a children's film. However, if the topic is presented the way it is and without proper contextualization, it can trigger completely wrong associations in children.

#4: The Black Cauldron - Enough to Give you Nightmares

Showing an army of dead and decaying skeletons in a children's movie? Disney thought it was perfectly legitimate in 1985. Today, you probably wouldn't find such a scene in a kid's movie - and our inner child is quite happy about it! 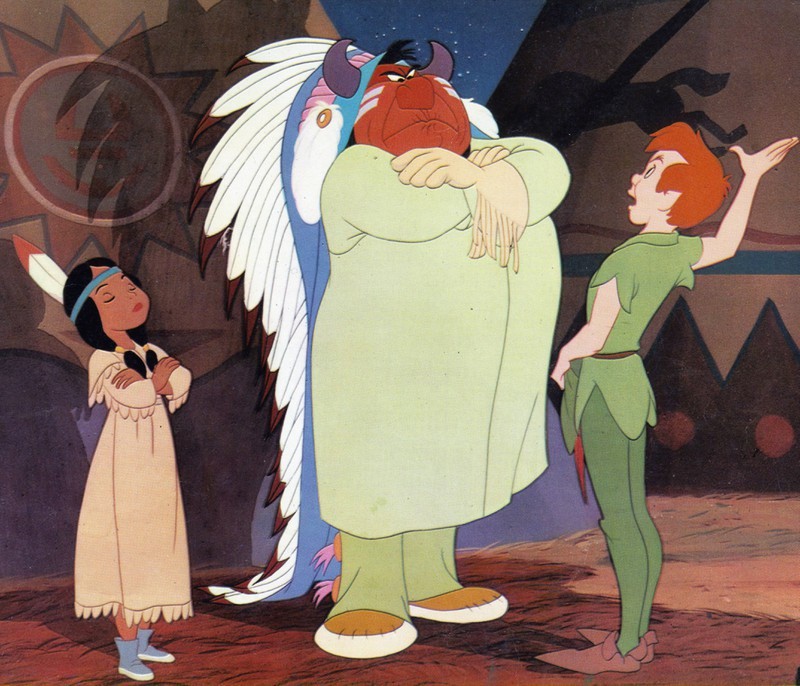 #5: Peter Pan - Rather Red with Anger

Another film in which Disney has been rather insensitive in its representation of other cultures is Peter Pan. One line of text attributes the skin color of the "red man" to the fact that millions of years ago, a native kissed a girl and turned red. Not exactly elegant and, from today's perspective, certainly not politically correct. 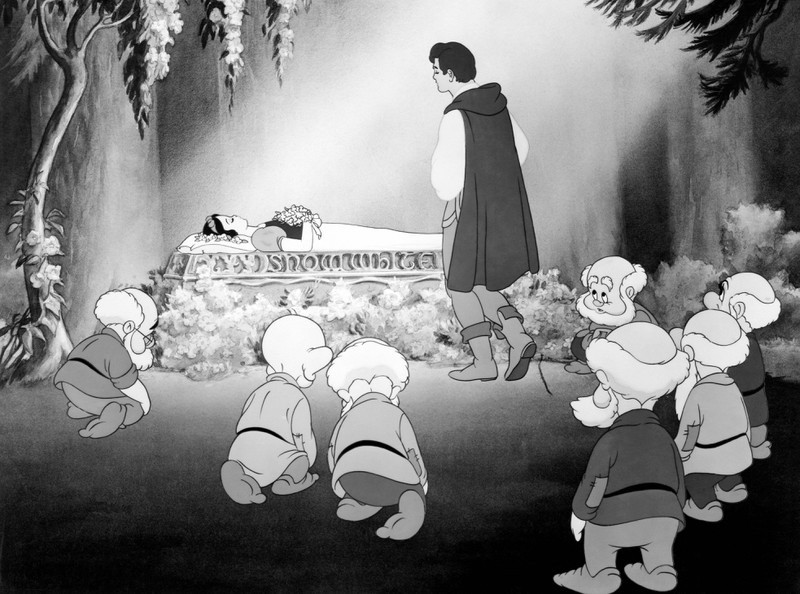 #6: Snow White - The "Romantic" Kiss of a Supposedly Dead Woman

Yes, we too thought Snow White's kiss was super romantic back in the day - after all, it saved the protagonist's life. And yet: kissing an unknown woman without her consent, especially when it's a supposedly dead woman, is more than questionable. 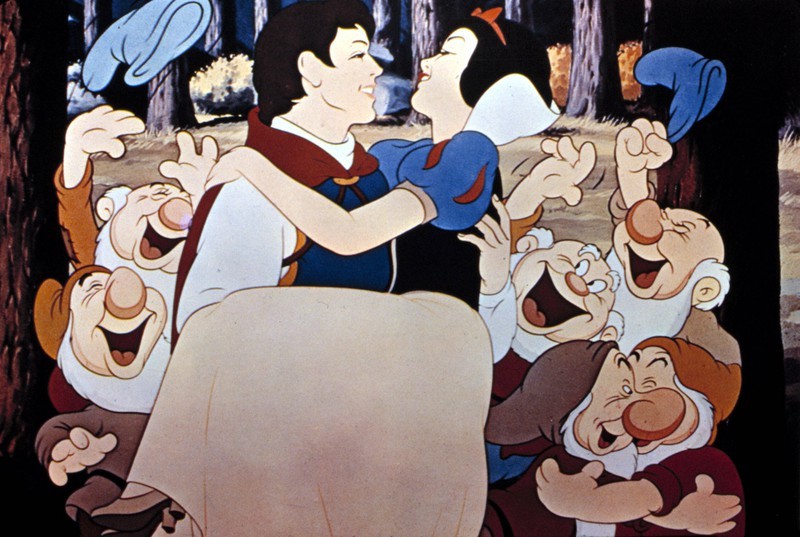 #7: Disney - The Woman is Never The Hero

Another striking fact: In older Disney films, female protagonists rarely become heroes themselves. Instead, there's always a beloved man who helps them out of trouble. But thankfully, Disney has recognized this grievance over the years and, with Mulan, Elsa and Merida, has also created characters that dispel this cliché! 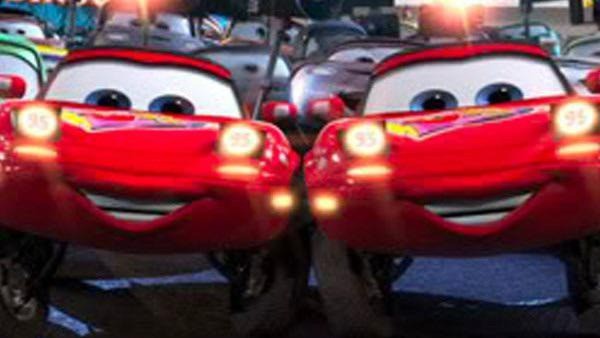 A more recent Disney work also made our list: In Cars, Mia and Tia are two groupies who present their headlights to Lightning McQueen during a scene - the equivalent of exposing their chest, which some female groupies like to do to get their idol's attention. Do you think this scene would still be present in the film today? 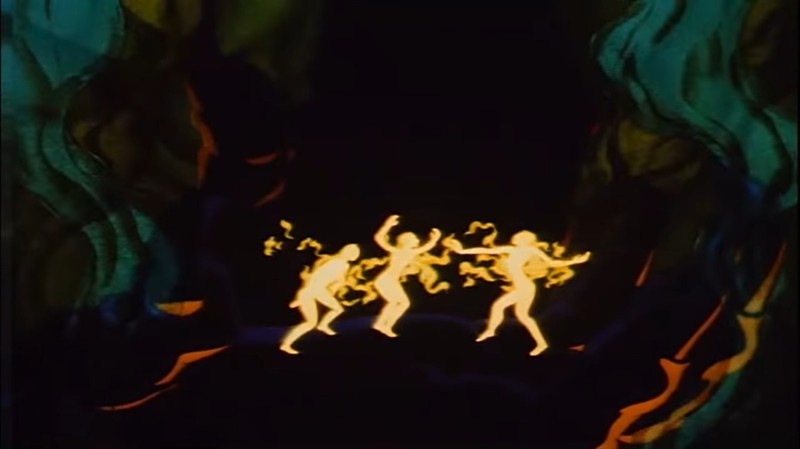 #9: Fantasia - Show Even More Clearly What you Have

In the 1940 film Fantasia, there is a scene called "A Night on Bald Mountain" that is considered absolutely iconic. Perhaps it's because it briefly (but very clearly) shows female chests on display for the young audience? If you want to see it, just watch the scene - it seems we're more prudish today than we were back then! 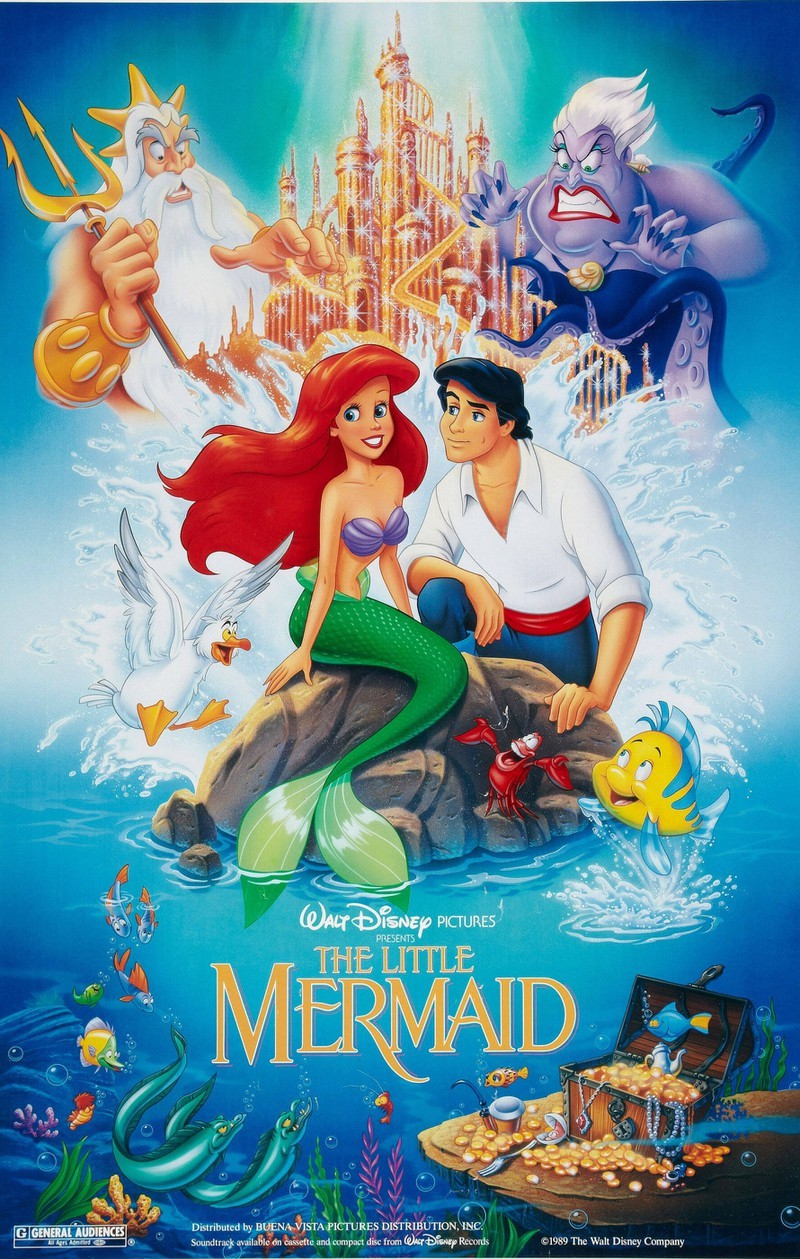 #10: Ariel the Mermaid - The Hidden Phallus

The cover of the Disney classic is not only adorned with Ariel and Eric themselves, you can also see the palace of King Triton in the background. If you look closely, you can clearly see a phallus symbol in one of the columns. What do you think: intentional or pure coincidence? Either way, the whole thing is definitely not suitable for young fellas! 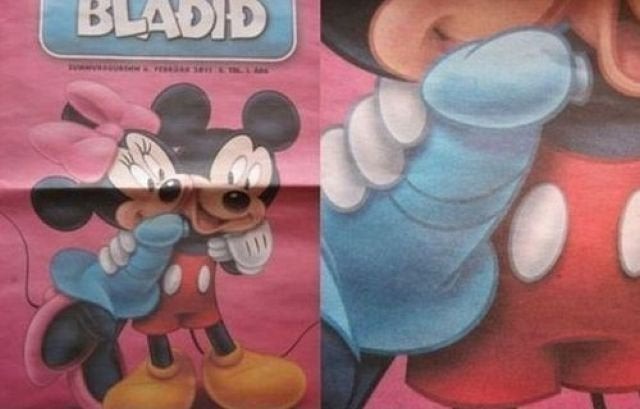 Whether intentional or not: if you like, you will find many phallic allusions in Disney movies and series and their cover images. Some people think there's a hidden obscene message here - and somehow, that can't be dismissed out of hand.

Although this image circulated on the internet a lot, it turned out to be a fake! 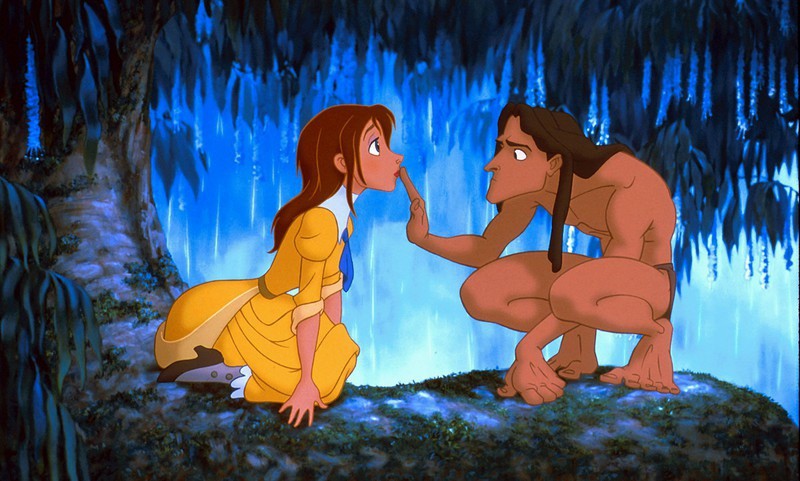 #13 Tarzan on a Voyage of Discovery

The first meeting between Tarzan and Jane was something very special for us at the time. We didn't even think about Tarzan looking directly up Jane's skirt at the first opportunity.

Buzz Lightyear just had his first real date with Jessie and is blown away by her temperament. He spreads his wings, but is that the only thing that goes up? 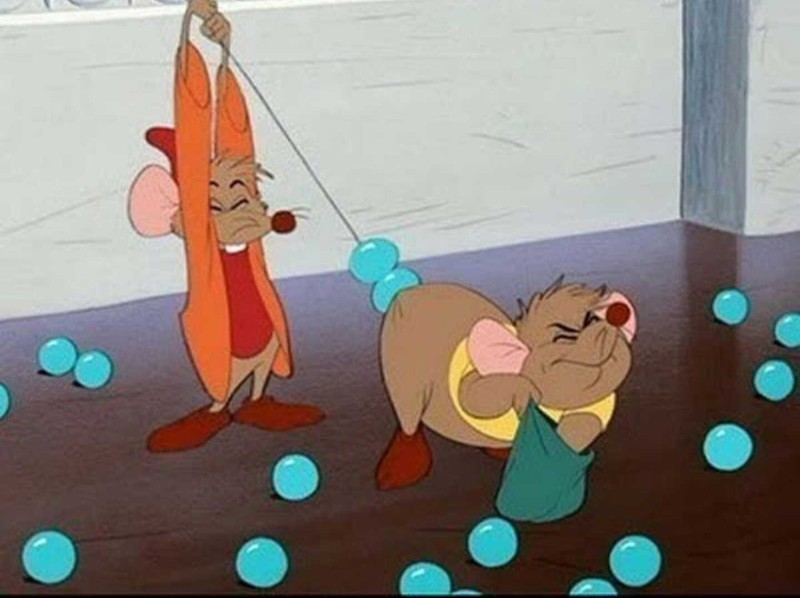 #15 Cinderella - What are The Mice Doing Here?

We all love Cinderella and know the movie by heart. Of course, the mice are always getting into mischief. But have you ever noticed how funny and frighteningly ambiguous the stringing of beads on the mouse's tail looks here... ? 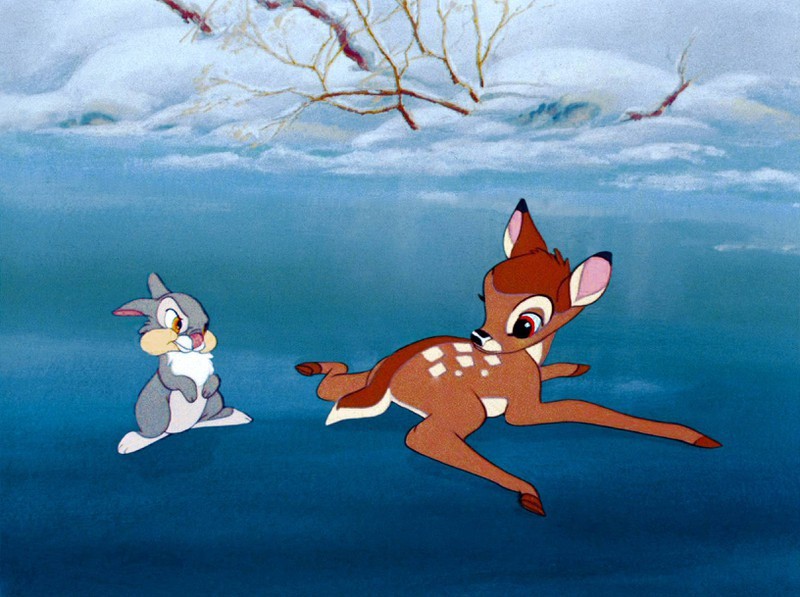 In this scene, Bambi has just slipped on the ice, but it's a little funny how the rabbit helps him up immediately. 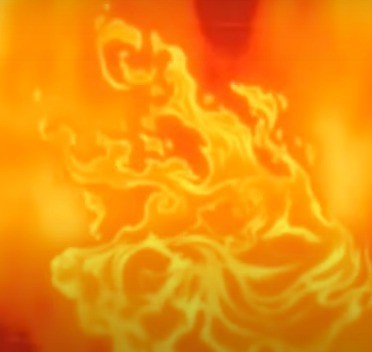 #17 Naked Women in "The Hunchback of Notre Dame"

Here, a very spicy situation unfolds during the dance of the Three Graces in the fire. The three transform in the fire and are completely naked upon closer inspection. Not really for children's eyes, is it? 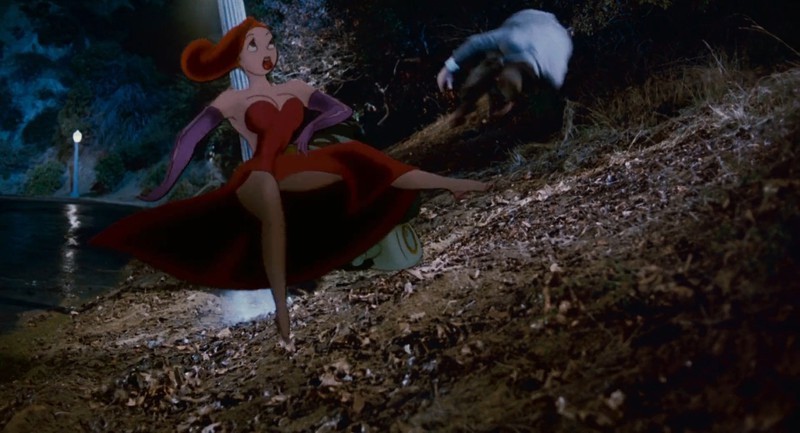 #18 It's all Rather Revealing with Roger Rabbit

Jessica Rabbit is thrown out of the car with full force in an action scene. Her dress seems to fly so awkwardly that almost everything is revealed... 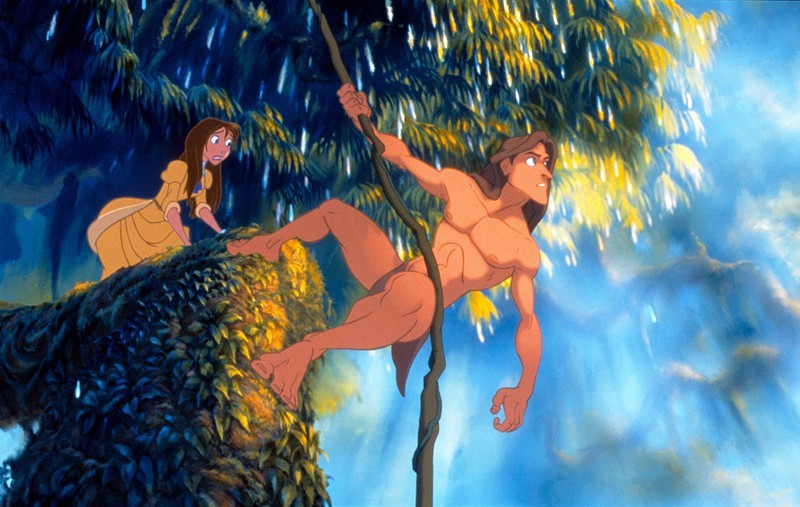 #19 Finding out What you Have in Common

Another example in Tarzan is when Tarzan excitedly declares that he and Jane both have a heartbeat, as he learned earlier from his adoptive mother. What was probably meant to be completely innocent is not so innocent with Jane, as he cavalierly touches her all over.

But next time we watch the movies with our kids, maybe we should cover their eyes during these scenes...