Horrible Hotel Guests Nobody Will Ever Want To Host Again

Probably every hotel employee has had to deal with a guest with strange behavior at one point. The following guests are more horrible than you can imagine! 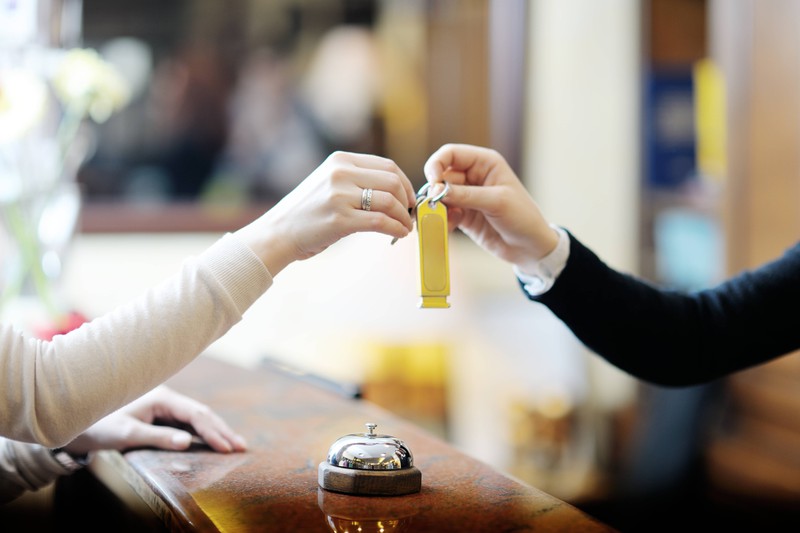 The hotel staff usually tries to make their guests' stay as pleasant as possible. The breakfast buffet, the hotel room, the minibar and the service should make guests satisfied so they come back in the future. However, the magic phrase "Come back and see us soon" is not to the liking of the hotel employees for the following guests. On Reddit, hotel employees divulge their most horrible experiences with guests. And they are really weird! 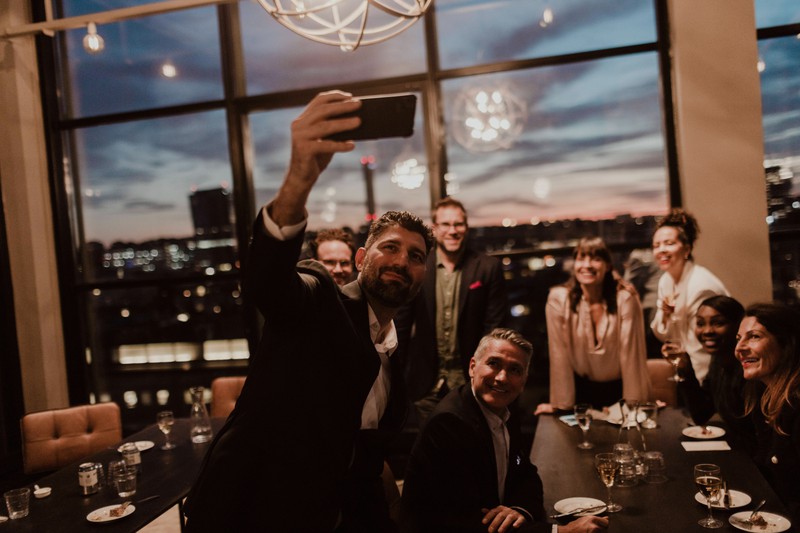 #1The Show Off Party 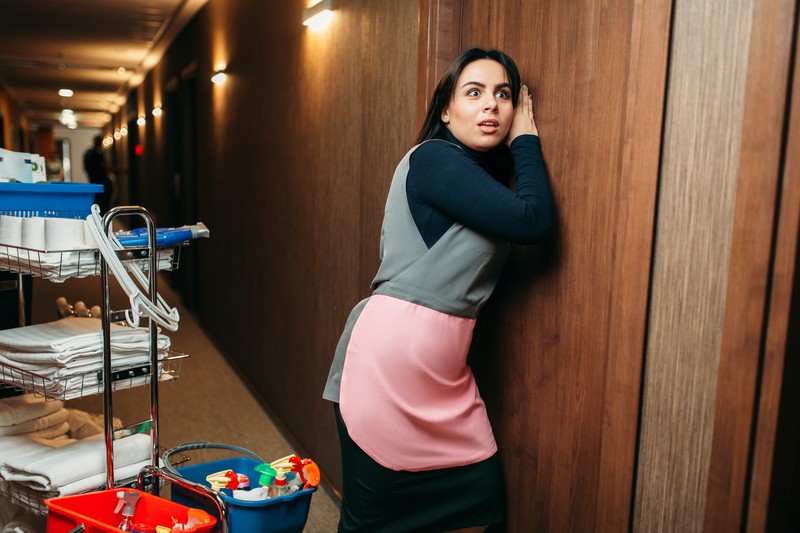 "Not from me, but my sister works in the hotel business. One day a man came in and wouldn't let anyone in his room for over a week. Everyone was suspicious and wondered what he was doing in there, because the hallway outside his room was starting to smell really bad. One day, he left the hotel, so the employees snuck into his room to find out what he was doing there... I bet today they wish they hadn't.
He had hung dead fish all over his room. In their mouths were condoms that disappeared into the fish's body. So I guess you can guess what he had done". 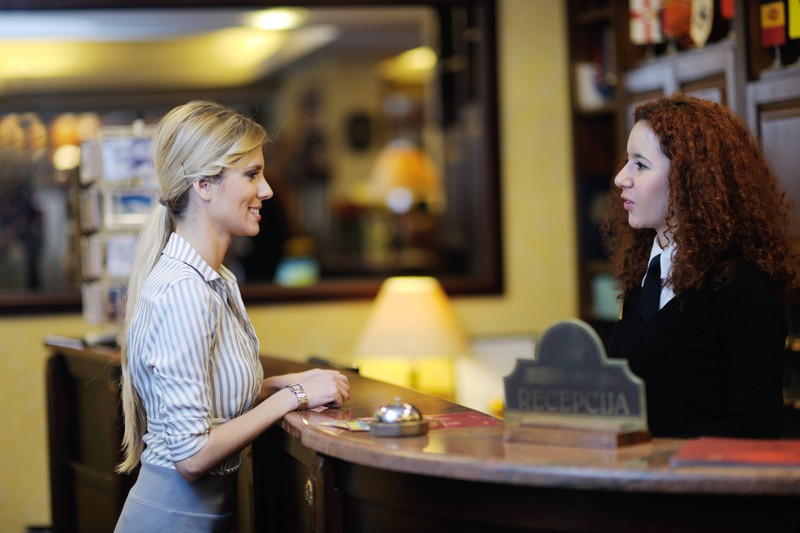 "I don't work in a hotel, but I checked in a few years ago at a hotel in Covent Garden in London, we were next in line and we're walking to the front desk when this woman passively and aggressively announces to the hotel staff that there are two naked men in her room...she got a new room." 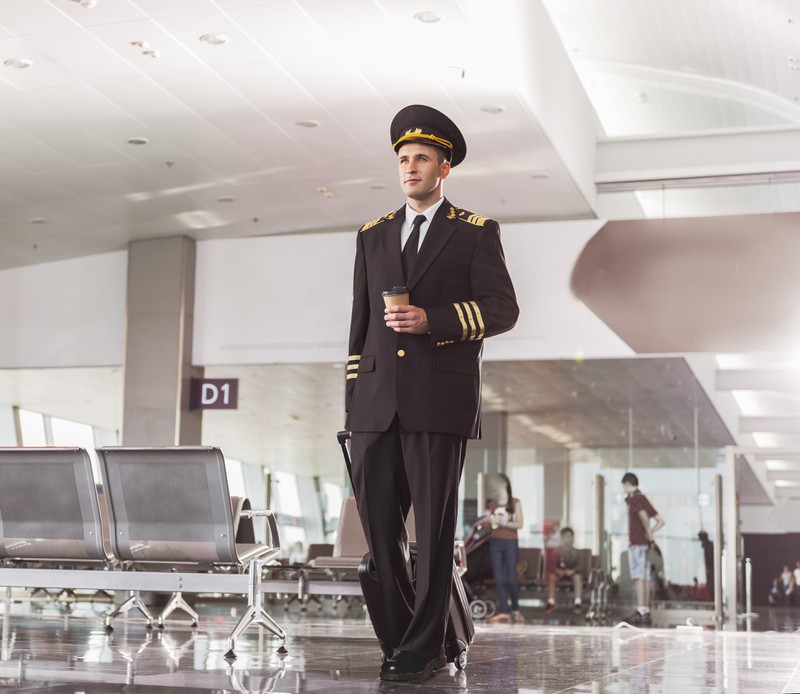 "I was a night watchman at an airport hotel for ten years. One day we had a pilot named Trevor staying there. Trevor got drunk and locked himself out of his room, wearing only a pair of panties. He called us on the hallway phone to open his door for him. That can happen, right? But it happened three times. After the third time, we let him know that we would not open the door for him again. After half an hour, he came back down the hall and told us that he had locked himself out again and was going to spend the night in the hall. After he fell asleep there, we carried him to his room and literally put him to bed. This time he stayed there. I don't know why he locked himself out all the time, I don't know why he never wore clothes, I guess he was drunk every time. But man, he was annoying!"

#5 The Night of Their Lives

"I was working as a quality controller in a five-star hotel. My job was to make sure that neither the staff nor the guests had any problems. One morning, a receptionist waved me through. A couple had just left the hotel, they were in their early twenties, a normal couple. The receptionist drew me to her and told me that a housekeeper had informed her that I should go and see the couple's room. I visited it, puzzled. It was destroyed. Well, completely destroyed. So much so that a few blood spatters here and there could have made it the perfect scene for a brutal murder. Among a hundred other things: Broken chair. Broken television set. Pillows and blankets strewn about the room. Curtains ripped off. They had clogged the bathtub with their robes and the floor was completely flooded. The table looked like it had been smeared with makeup and other unknown things. An entire package of wet Asian noodles was stuck to the ceiling. A tampon was sitting in a lamp. And so on. Completely shocked, I went downstairs to talk to the couple. I questioned them, but they pretended not to know anything. I alerted my superiors and the couple was forced to pay a good sum for the damage. The strange thing is that they behaved seriously, as if they had no idea what had happened. After they paid and left, I continued to investigate the case. I met with other customers on their floor and asked them if they had noticed anything. It turned out that the couple had behaved the night before as if they were on drugs. Drugs... For 30 minutes they had stared at the wall in the hallway, for example. And they had left claw marks on the inside of their door. To this day, I don't know what drugs they were on, but that room has left an eternal mental image in my head." 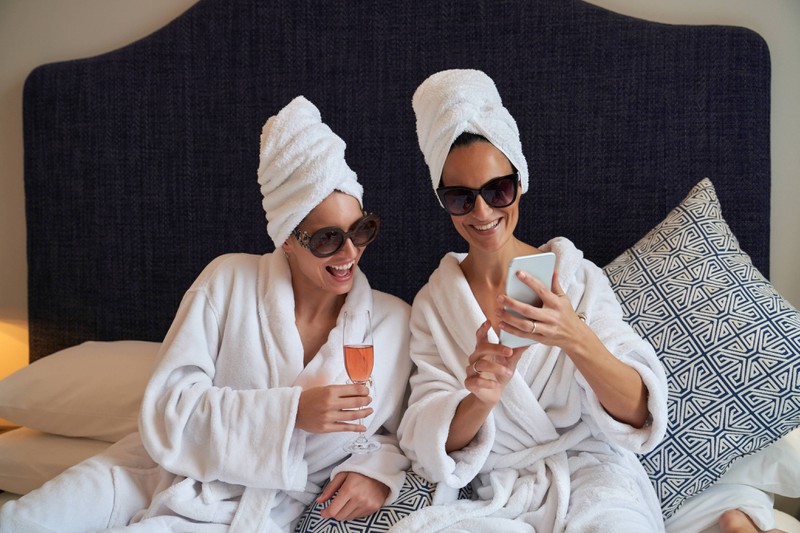 #6 Funny Party at the Hotel, Girls

"Three girls shared a room, got drunk and left the hotel very quickly the next morning, without having breakfast. It turned out that they had taken a shit all over the room. We blacklisted them and sent their ID card data to other hotels to warn them in case the girls showed up there." 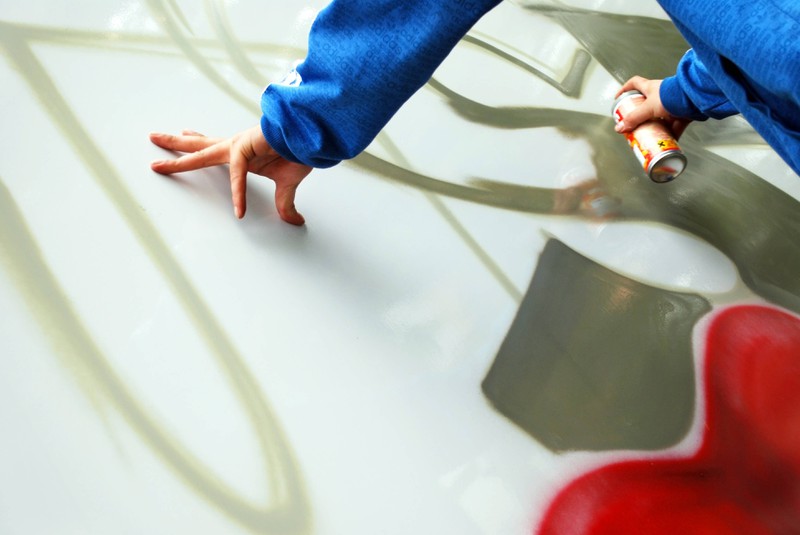 "After high school, I worked as a receptionist at a hotel in Miami Beach. One day we got a call asking us to ask a guest to clear out his room. I went upstairs, knocked on the door, and when I opened it, I found that the guest had sprayed the entire room with gold paint.
He said it was 24-karat gold because he had stayed in hotels in Saudi Arabia that had real gold walls. He wanted his room to look the same. He had sprayed the sheets, the light bulbs, the bathroom - everything in his room was gold. He was taken to a hotel on the other side of the beach, where they weren't told." 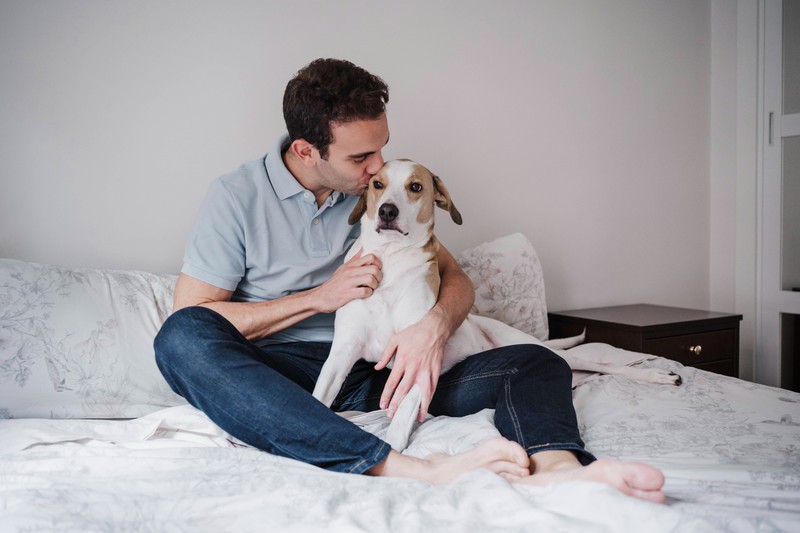 "We were a small pet-friendly hotel in a medium-sized city. For a few months we had a guest who traveled with his dog and generally seemed like a pretty nice guy, even though he was a hermit. This guy told us that we didn't need to clean his room because his dog wasn't the friendliest and he wanted to do it himself. This is not an unusual request and we have never had any problems with people doing this in the past. After two months, the guy leaves and we walk into this room for the first time. What we found was a mess of disgust. When we opened the door, we were confronted with an overpowering smell of dog urine. But hey, that happens sometimes. But upon further inspection of the room, we found that the mattress and chair were completely soaked in dog urine and that fungus and mold were literally growing everywhere. The wood on the tables and dressers was cracked and peeling. The bathroom had feces stains on the floor and in the bathtub, in which a temporary bed had also been set up with blankets and pillows. This guy came back to his room every day and slept in this mess. We had to completely renovate the room because the situation was so bad. It also caused us to make a policy that we had to go into every room at least once a week, no exceptions. I am amazed that this guy slept there and was supposed to have gone to work every day. I don't know how he kept a job if he was living like that." 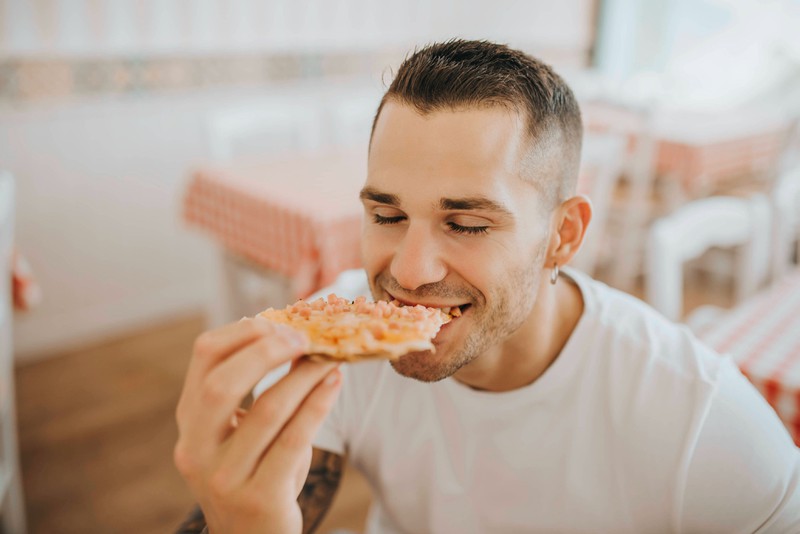 "This is not my story, but my friend's from college: one day an Asian guy came to the front desk to complain that the microwave wasn't working. They didn't have microwaves in the hotel rooms. He tried to heat up his pizza in the safe...". 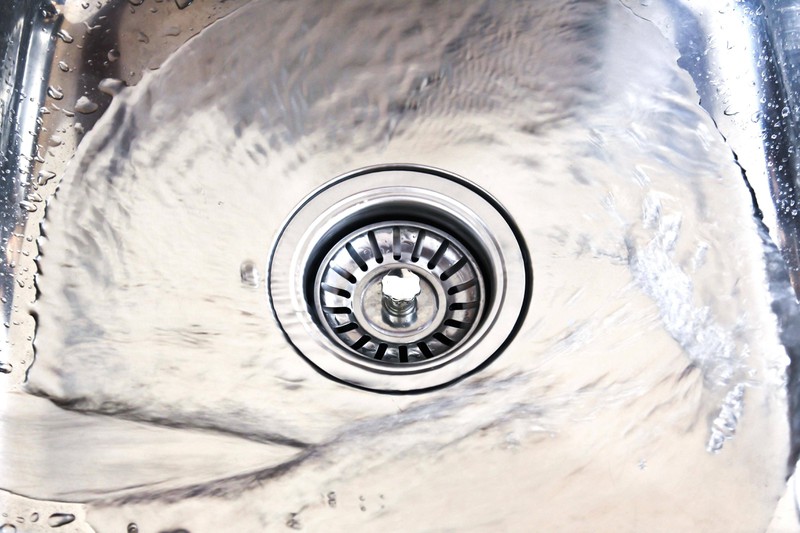 "I worked in a hotel for about two years and saw so many disturbing and strange things. One of the worst was a man who lived alone in a room while on a business trip. He was well dressed, very polite, a typical businessman. He left the hotel and the housekeeper went to work. At first there was nothing unusual in the room, until she got to the shower pan. She sprayed and wiped it down, then turned it on to wipe off the excess cleaning solution. She then noticed that the water wasn't draining. Our tubs all had plugs that could be pressed to close and open. She would push once to see if it was just closed and then push again to open it and feces would come out.

She had to keep pressing the plug to get a little bit of droppings out here and there, and then she would let the craftsman remove the plug completely. It took hours to clean the pipes of all the feces the man had pushed down the drain. It was disgusting, but also impressive that he did such a good job that she didn't notice until the tub didn't drain.