Getting married - it's supposed to be the most beautiful day of your life. But some couples pose weirdly for their wedding photos: 9 hilarious examples 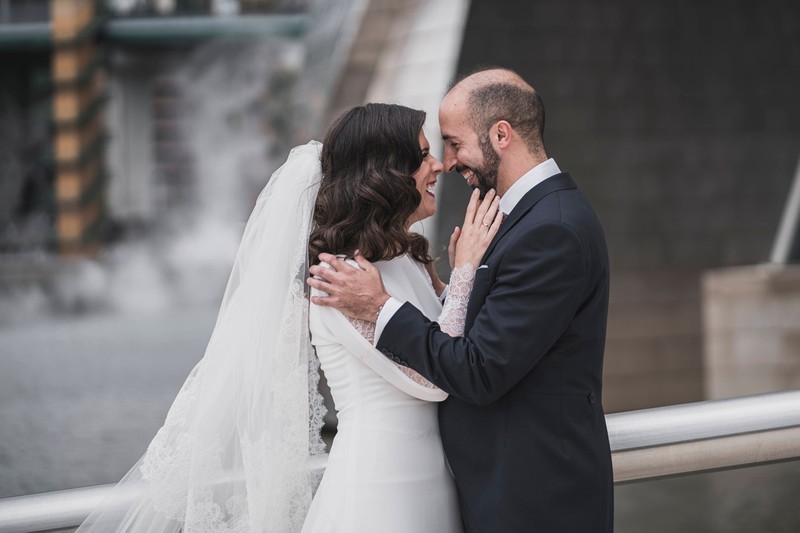 Some women (and men) can't wait for their wedding day. Some even dream about it since they were a little child. Some have crafted elaborate wedding books, collecting their dress, decor, and music ideas for the big day. Exchanging vows, and rings, brings couples one step closer to a future they share with one another. Sigh. However, there are these couples that don't really appreciate tradition. They do, however, appreciate staying true to themselves. What it means when being true to yourself equals being a little bit weird? Yes, super weird wedding photos. Fantastic.

On the following pages, we'll show you a handpicked collection of the weirdest, yet most hilarious wedding photos we have ever seen. 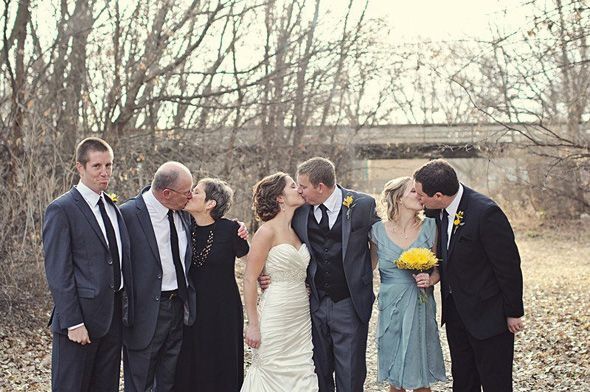 #1 There's always someone who misses out

You're old enough to know: Not everyone gets a happy ending. However, we don't understand why someone had to capture that fact in a wedding photo. Even though he put up a brave front, we're not sure how he actually feels about all this... 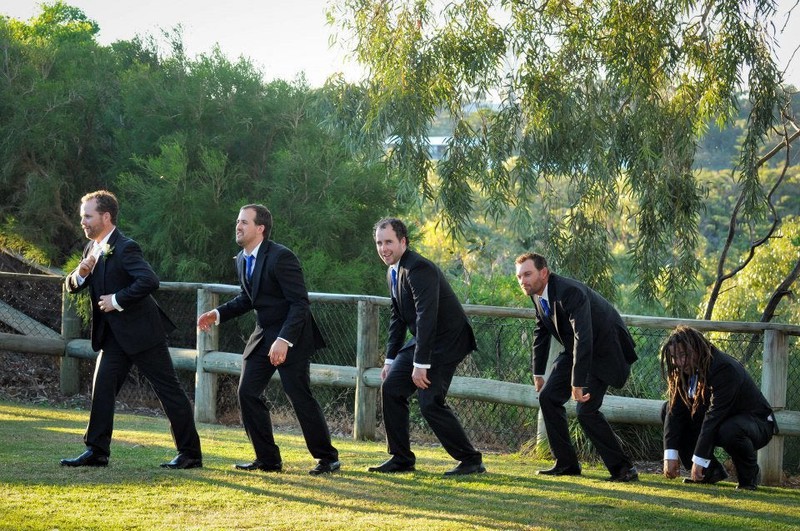 #2 The evolution of grooms

This beauty of a picture leaves us in awe: that's how men evolve into grooms! It all makes sense now. 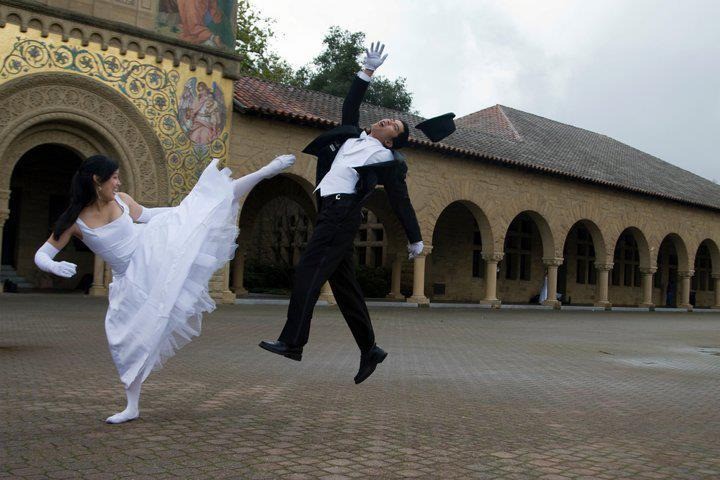 #3 We know who's in charge in this marriage

Wait, this is not a still from a Quentin Tarantino movie? This is a wedding photograph? Amazing. We would have wished for a bit more commitment on the part of the groom, though. It looks like she didn't kick him that hard. 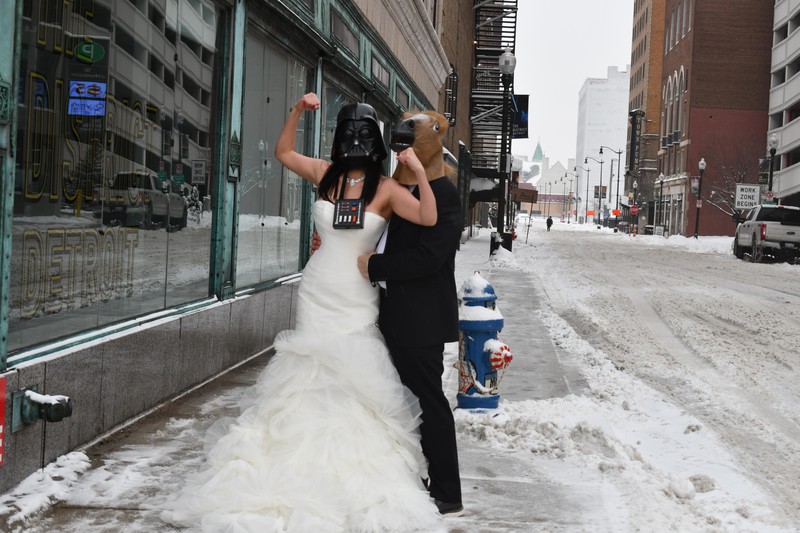 #4 May the force be with you

"Went to take some fun wedding pictures around Detroit, ran into a guy with a Darth Vader Mask, asked if he had another mask & he did NOT disappoint" We're not disappointed either. 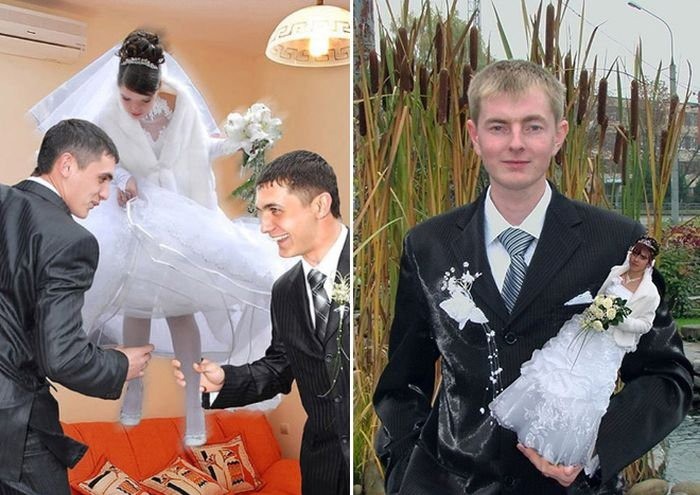 #5 A floating woman - and a miniature bride

We're not really sure what to say about these two pictures. We do have a question for both grooms, though: Is this seriously how you imagined your wedding day?

"Photographer fell down while taking a wedding picture, here's the picture he ended up taking." While the facial expressions are priceless, we wonder why nobody's running towards the photographer to help him. It's probably better this way, though, otherwise we would have never been blessed with this hilarious photo! 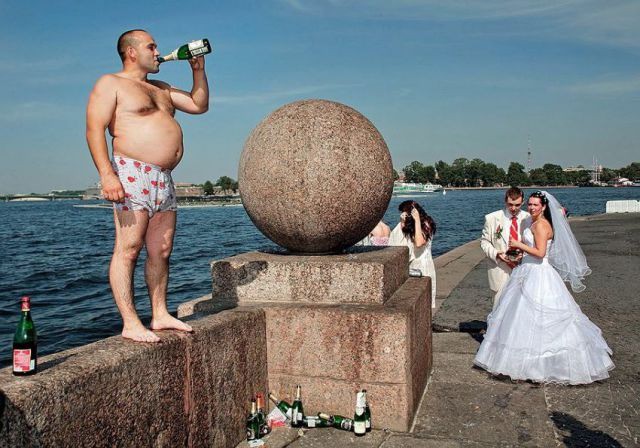 #7 The wedding guest that didn't get an invitation

Even if he did get an invitation, we would totally understand, if bride and groom disinvited this particular guest at this very moment. Some wedding guests are completely clueless as to how to behave on a wedding. But it's safe to say that most people know that undressing is not the right behavior for a wedding guest. He could have at least worn boxers with a wedding theme. 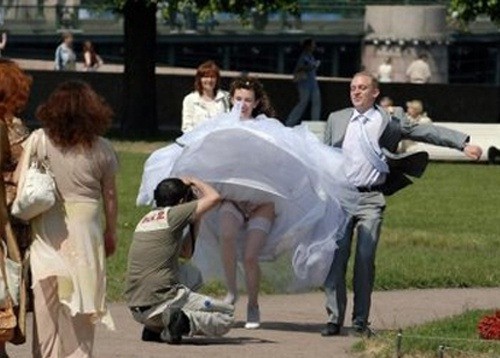 This image truly leaves us speechless. Was this planned or did it just...happen? Either way, the wedding photographer should not get a tip for taking pictures of this unfortunate situation. At least they all look like they're having a good time. 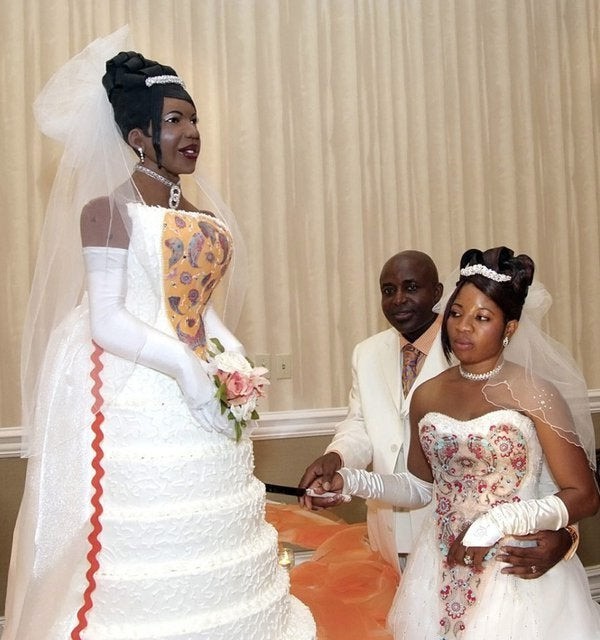 #9 If Looks Could Kill

We somehow get the feeling that this bride isn't exactly overjoyed by her wedding cake ... the cake seems to exaggerate some of her feature, too.