Funny Pictures That Show Why Taking The Subway Is The Worst

If you've ever been on the subway, you know how weird things can get. These funny pictures sum up the weirdest experiences on public transportation ever 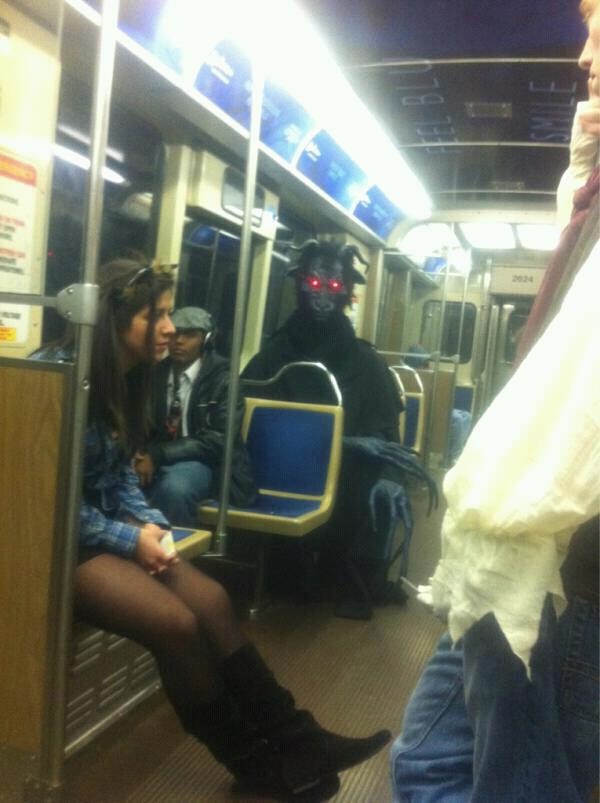 Anybody who's ever taken the subway to get to work, to friends or literally anywhere else, knows how freaky things can get on a train. Though most people just want to get from A to B, others seem to think of trains as their living rooms or – as you will unfortunately see – bathrooms. Some of the following pictures are funny and are guaranteed to make you laugh – others are mildly disturbing.

Are you ready for the ride?

1. Satan Himself on the Subway

Was it Halloween or just an ordinary day in the city? Either way, someone – or Satan himself, who knows – decided they'd give people a hell of a ride on the subway. What's the most disturbing to us is that nobody seems to care. 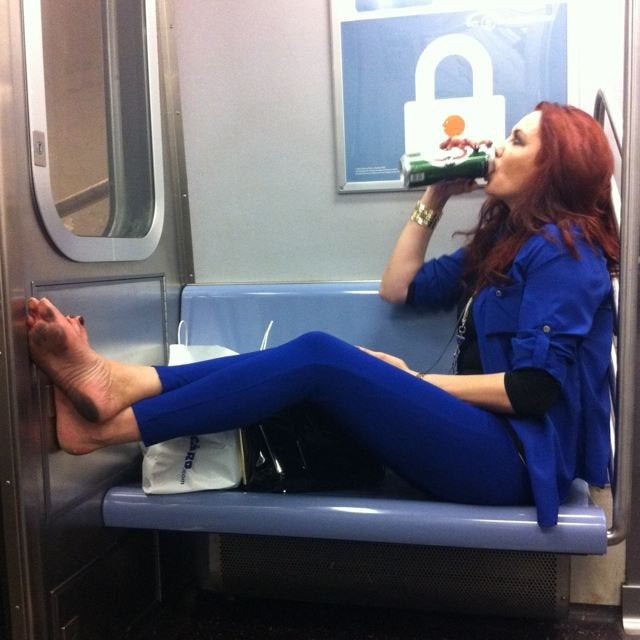 There's nothing better than a refreshing drink after a long, hard day at work. Oh wait, there is – putting up your feet! Why you'd want to do that while you're on a train is a different question. This woman in particular has. 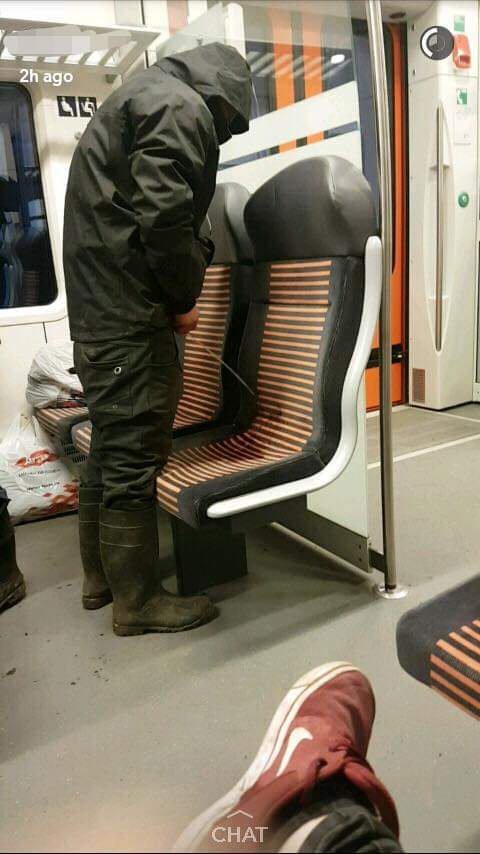 3. Here's Why we Need Bathrooms on Subways

Sometimes you can't even wait until you get to the next stop to go look for a public toilet, so you...hold it together, right? Well, apparently not this dude who simply decided to pee on the subway. Whyy though! 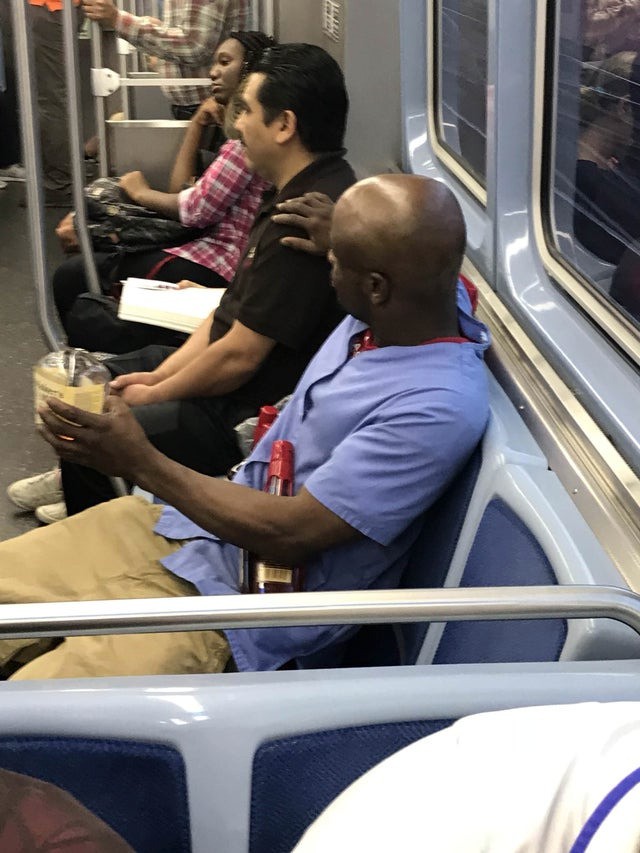 Sure, we all have seen this one person on the underground who drinks while on the train. Sometimes, they even have a sip too much and totally get on our nerves. However, we're pretty sure you haven't had the "honor" to see someone drink from a broken bottle of Bourbon, right? Yeah, there's always something new to see on while taking the subway. 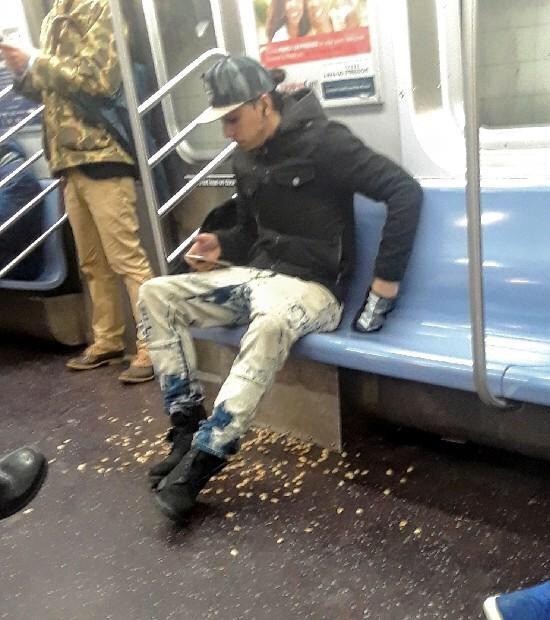 You thought peeing on the train was bad? Well, here's is where I draw the line, though. This kind of chaos on the tube is absolutely unacceptable. Don't you know how rude it is to make such a mess, especially for the people who have to get rid of it? 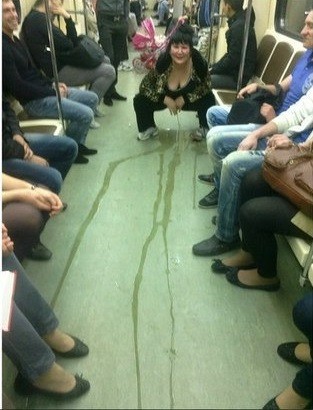 6. Yet Another Argument for Toilets on the Subway

Imagine you've never taken any kind of public transportation before and then this is your first experience on the subway. A woman peeing on the train. Obviously enjoying it. Well, sometimes a woman's gotta do what a woman's gotta do. 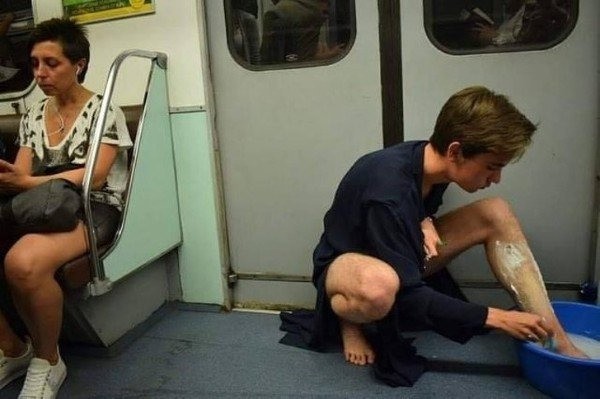 7. No More Wasting Time on the Tube

This young man apparently knows the saying time is money, so without hesitation, he decided to shave his legs on the subway. Maybe it's performance art, maybe it's how we all should shave our legs. 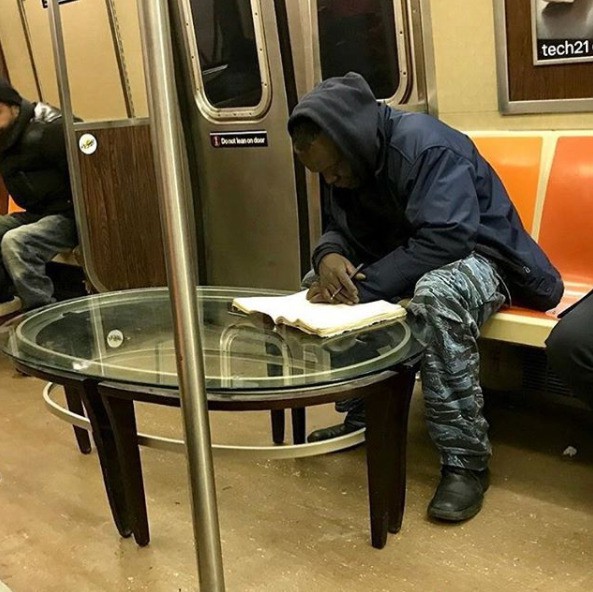 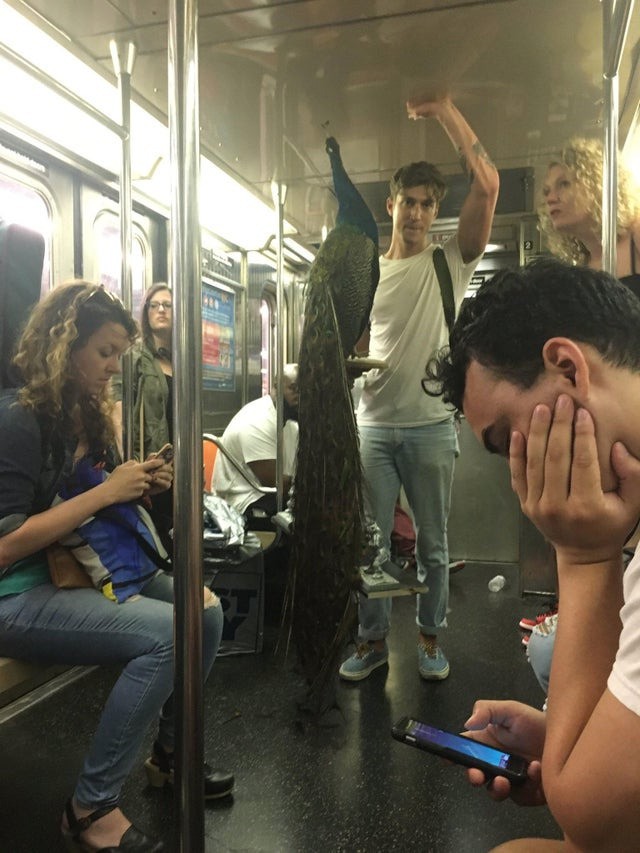 We've all seen the image of an emotional support peacock at the airport before, right? Well, why not bring it literally everywhere? It's the most relaxed peacock I've ever seen. 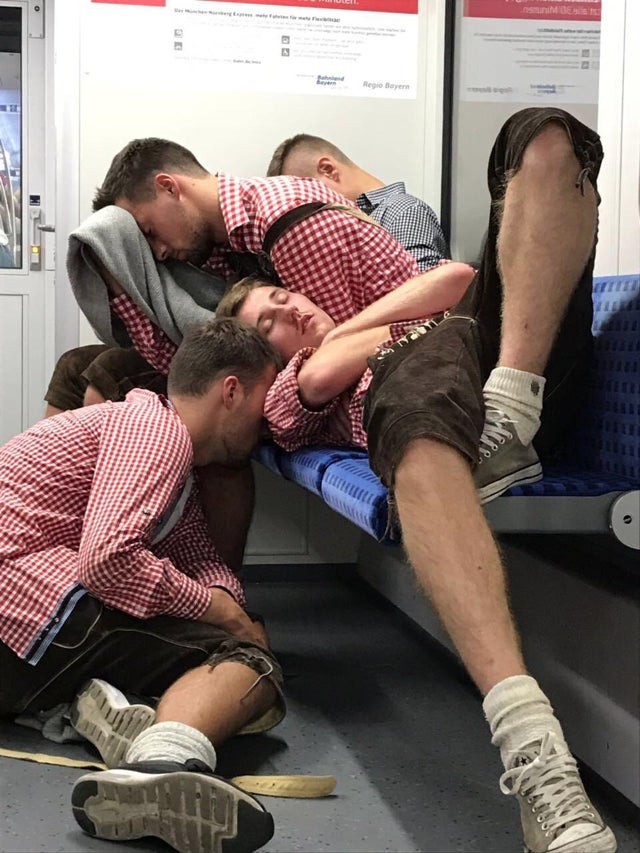 10. Dudes Who Confuse the Underground With Their Dorm

If you've ever been to the Oktoberfest in Munich, you know that you'll not only need a strong stomach, but also stamina. A hell of a lot of it, too. These young men obviously weren't well prepared for their excursion to the largest fair in the world. Otherwise, they would still be in one of the tents, and not cozily asleep on the subway.