What Would the "Harry Potter" Characters Look Like According to Books?

If you've ever read the "Harry Potter" books, you may have been confused by the fact that some characters look completely different in the movies. 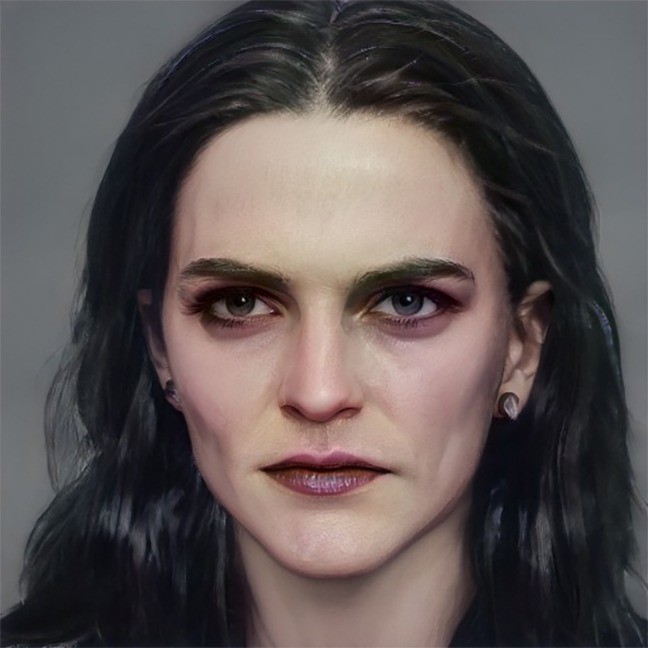 When comparing books and their film adaptations, books almost always turn out to be better. One of the reasons for this is that a film does not always manage to convey the same images as a book, in which emotions are mixed with visual impressions. When reading, one can form a very different image of a place or a character and have a very different overall impression of a story. In a film adaptation, actors are usually chosen based on the characteristics described in the book. However, the appearance is not always so accurate. With this in mind, a Vietnamese woman (known as MsBananaAnna) decided to use artificial intelligence to see what Harry Potter characters would look like based on the descriptions in the book.

"Bellatrix: (mid-40s) long, glossy, thick black hair, strong chin, hooded dark eyes, thin lips, slimmed down from her long captivity, still has remnants of her former beauty." - Such is the description of the wicked witch. The image is quite accurate, isn't it? 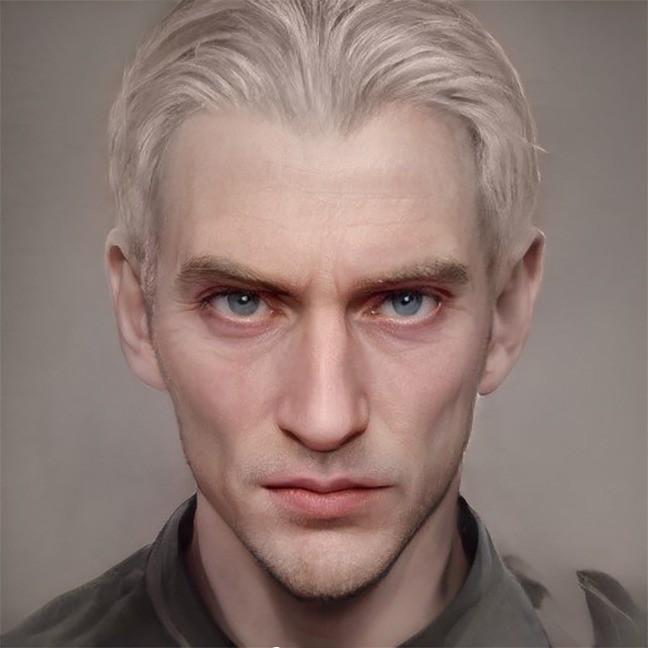 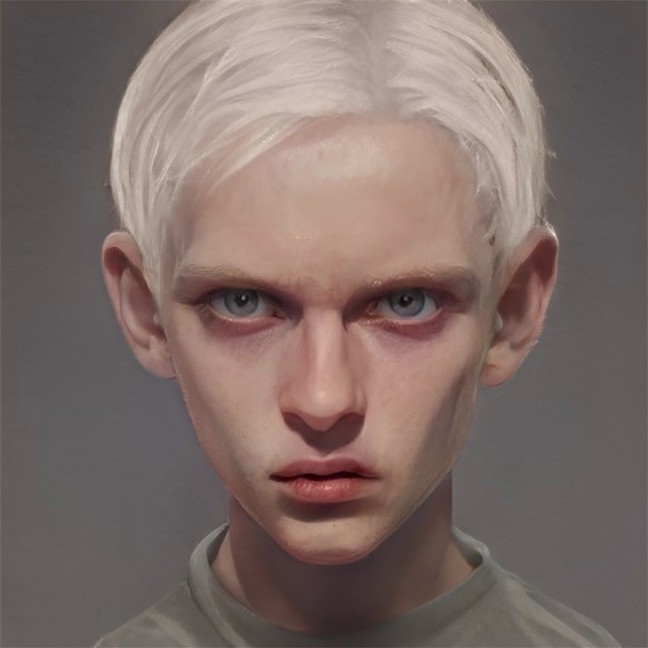 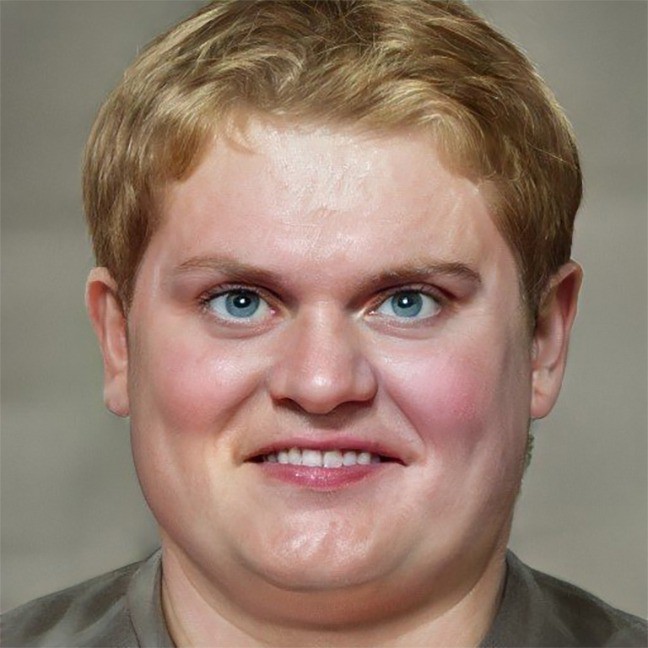 "Dudley Dursley: blond hair, blue eyes, extremely fat with small eyes, like a 'wigged pig'". - The artistic representation of the character still deviates quite a bit from the character in the film. 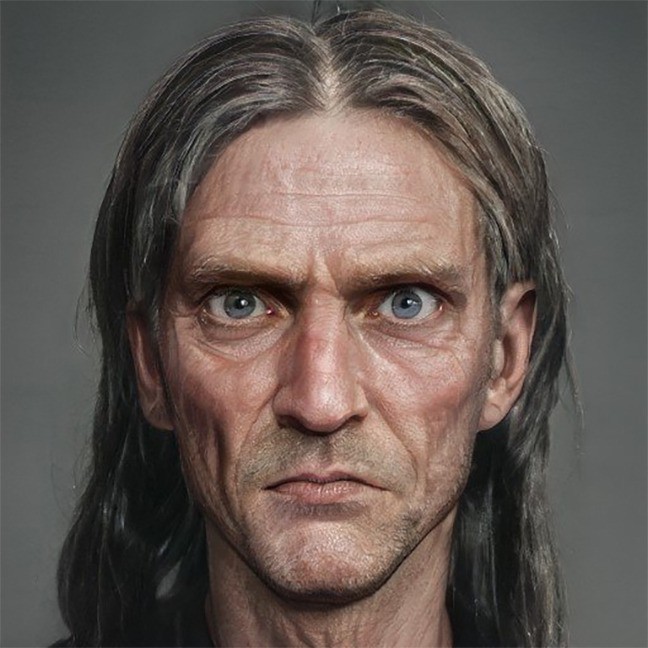 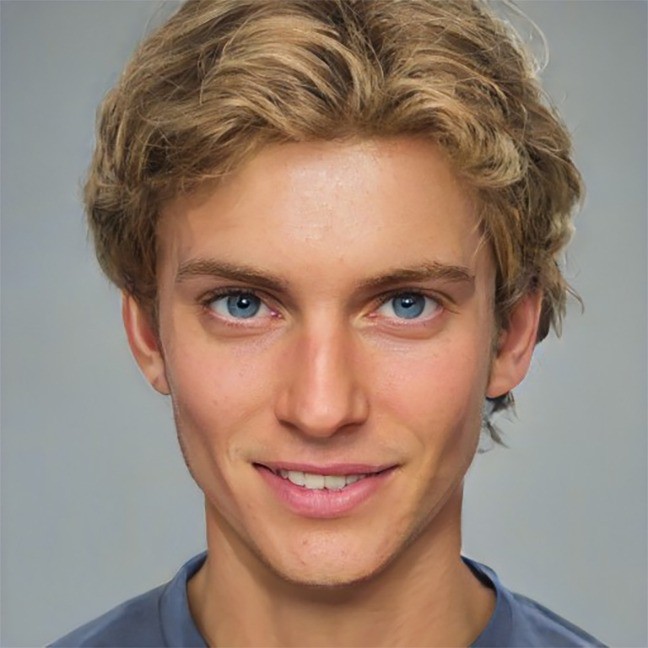 "Gilderoy Lockhart: twenty-something, 'handsome without ostentation', bright blue eyes, wavy blond hair, straight white teeth". - Looking at this photo, we can easily understand why the ladies of the magical world fell under the charm of the handsome man. 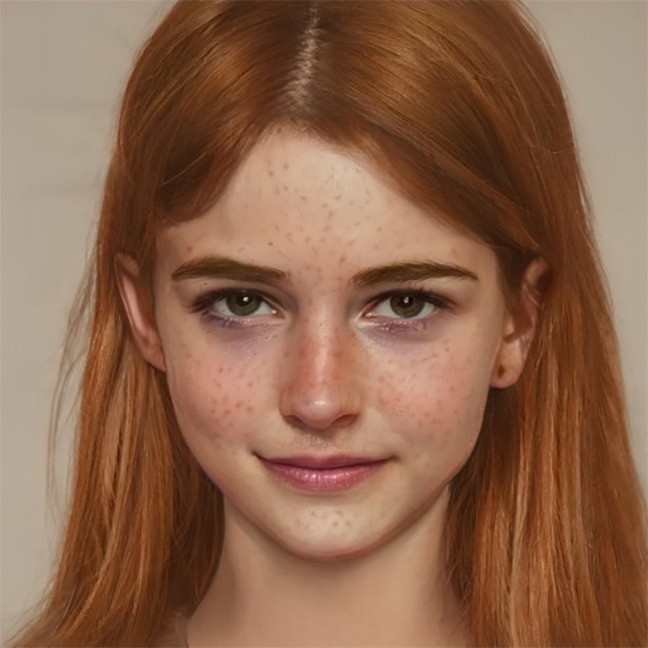 "Ginny Weasley: pretty, face full of freckles, brown eyes, bright red hair." - In the drawing, the unique personality of the character is expressed even more. Many viewers were rather disappointed with the role and portrayal of the cinematic Ginny and would probably be happier with the drawing. 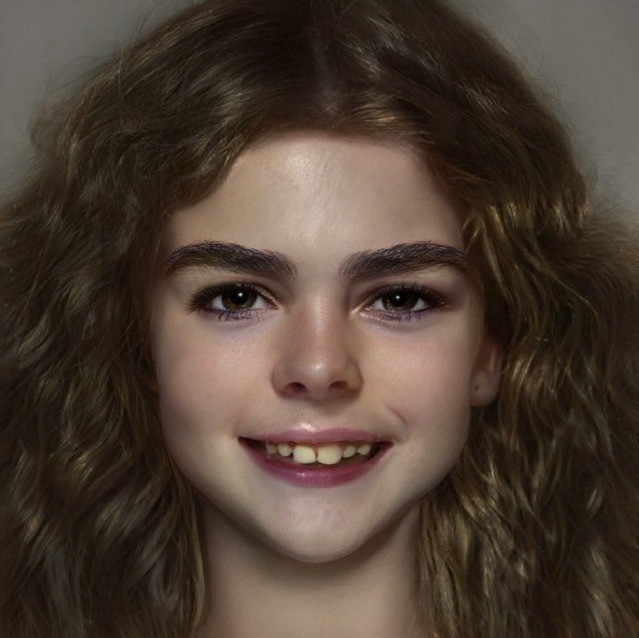 "Hermione: bushy dark brown hair, brown eyes, large buck teeth (never described as pretty or ugly)." - Is this really another drawing or is this Emma Watson? We can hardly believe how perfectly the actress matches the description. The detailed imitation of the character is only really realized through the drawing. 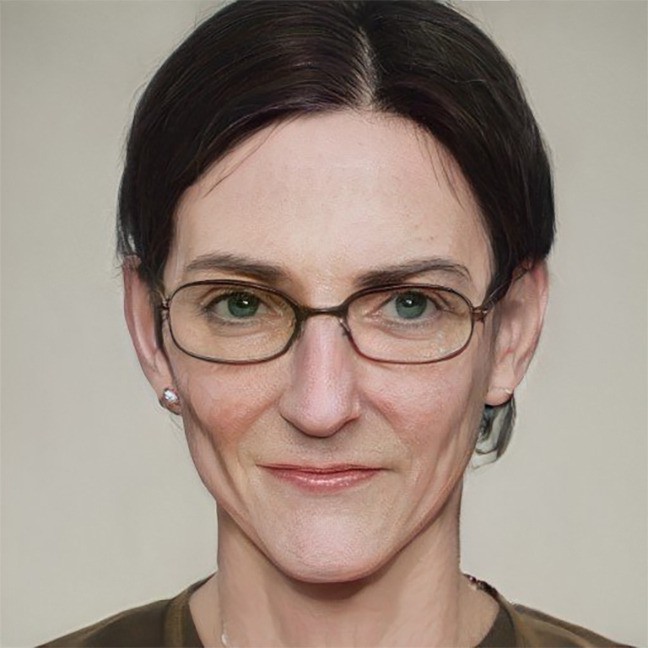 "McGonagall: (age?) Austere face, green eyes, square glasses, black hair in a bun." - The head of Gryffindor House looks quite different in the drawing than in the film. At the same time, the actress Maggie Smith in the role of McGonagall is especially dear to our hearts! 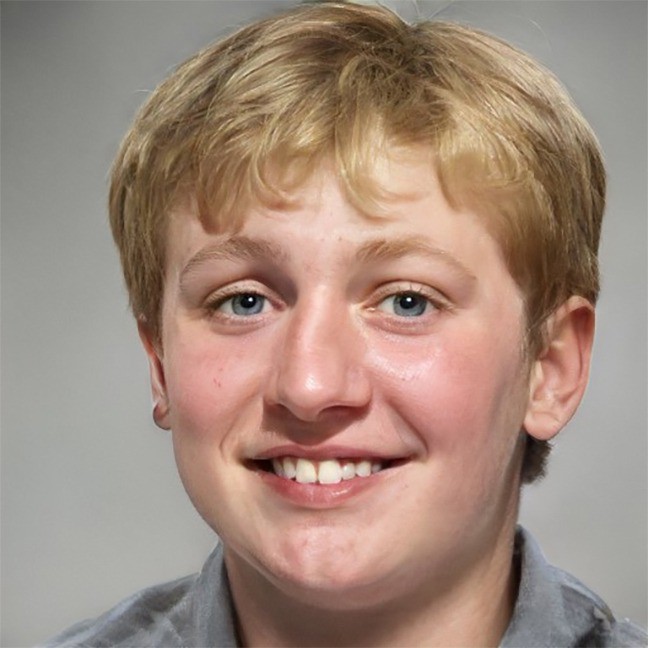 "Neville Longbottom: buck teeth, roundish face, chubby, blond hair." - Those who already liked the role of Neville Longbottom in the films will be even more taken with the drawing. It corresponds perfectly to the "Harry Potter" character from the books. 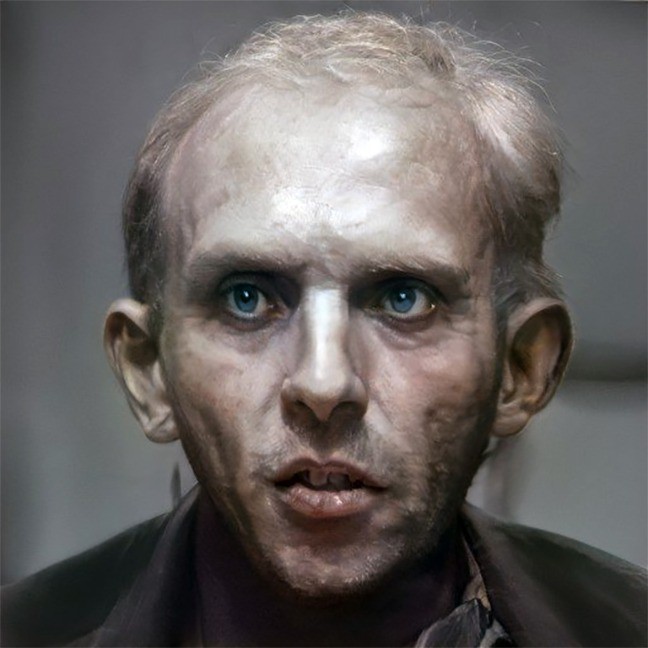 "Peter Pettigrew: (mid-thirties) small blue eyes, grimy rat-like skin, pointy nose, thin unkempt hair going bald, weight loss in short time due to stress, looks like a rat." - Not that Peter Pettigrew's movie character was particularly attractive, but the drawing is even scarier. The character here looks even more like a rat. 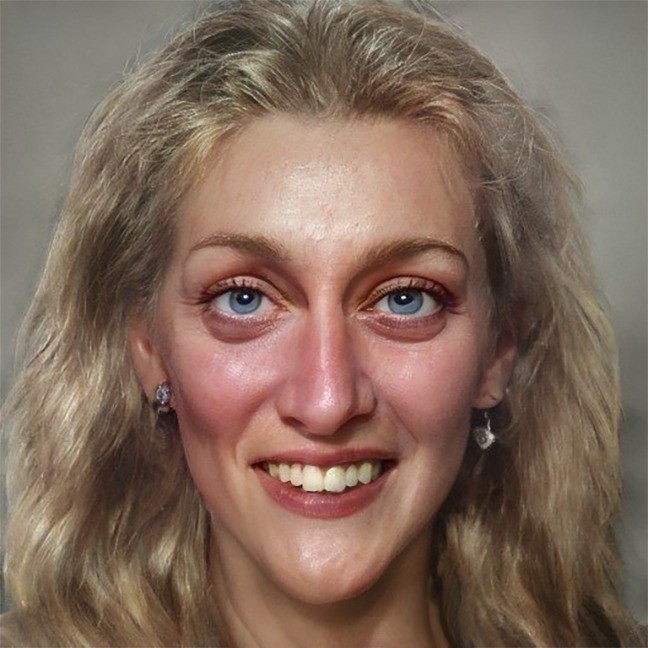 "Aunt Petunia: (mid/late 30s) horse-like face, twice the length of a normal neck, large pale eyes, blonde hair (described as neither ugly nor beautiful)." - With her roundish face and blonde hair, we see no resemblance to the cinematic portrayal of Aunt Petunia. 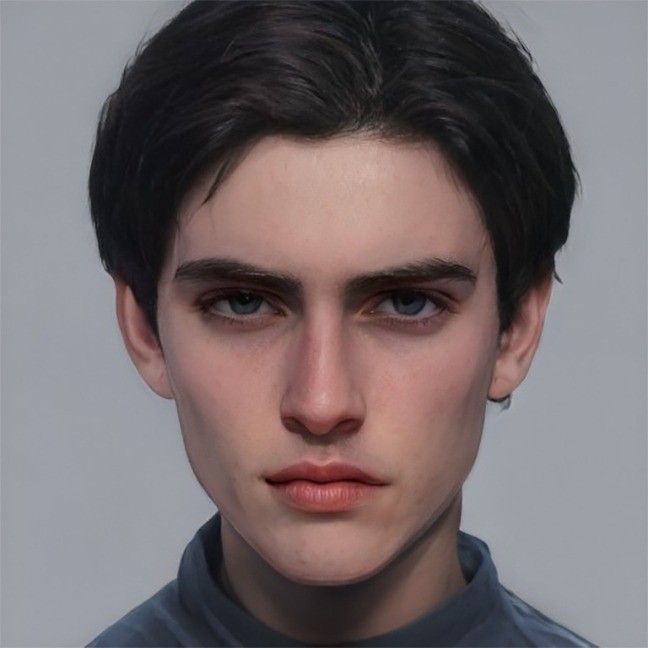 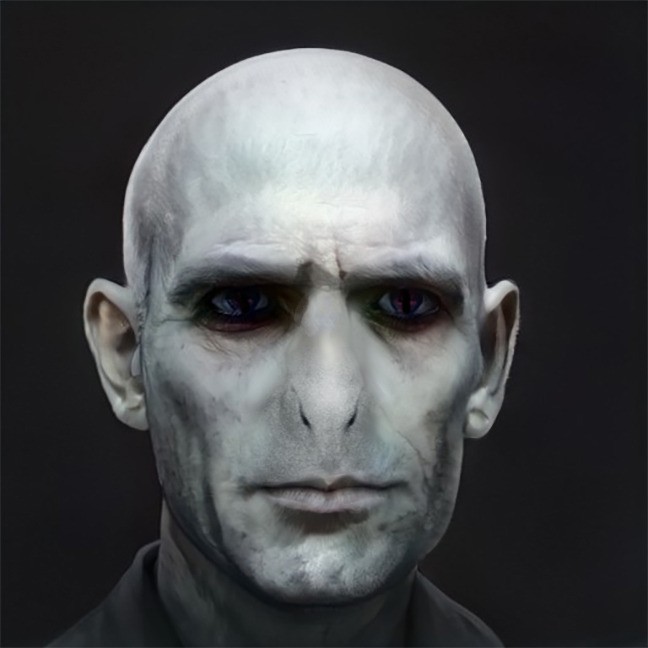 "Voldemort: (71) Red eyes with feline slits, chalk-white skin, skull-shaped face, snake-like nostrils". - Here, the makers of the film must have gone all out. The description applies very well to the realization of the film and was realized in a very detailed way by artificial intelligence. 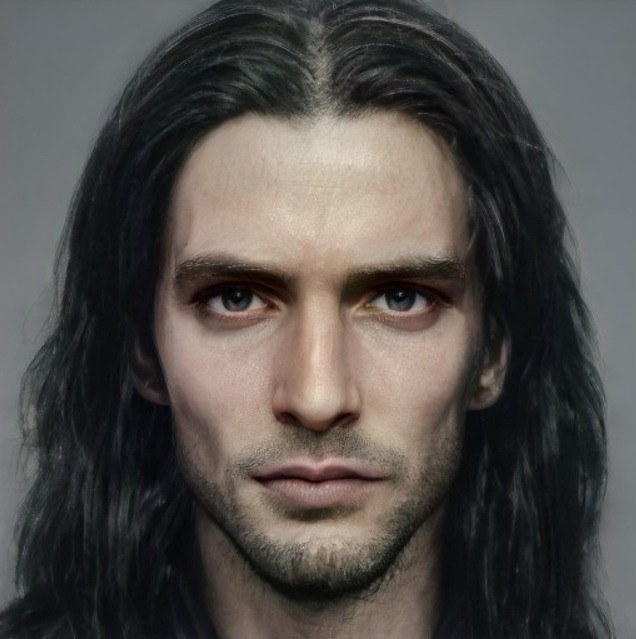 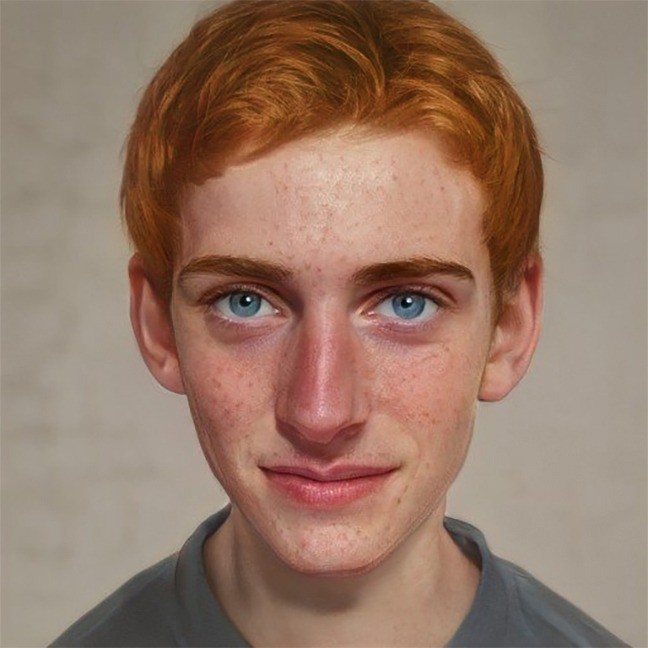 "Ronald Weasley: long nose, blue eyes, pale, freckled face, bright red hair, slender build." - In the drawing, much more of the essence of the youngest Weasley son can be seen. 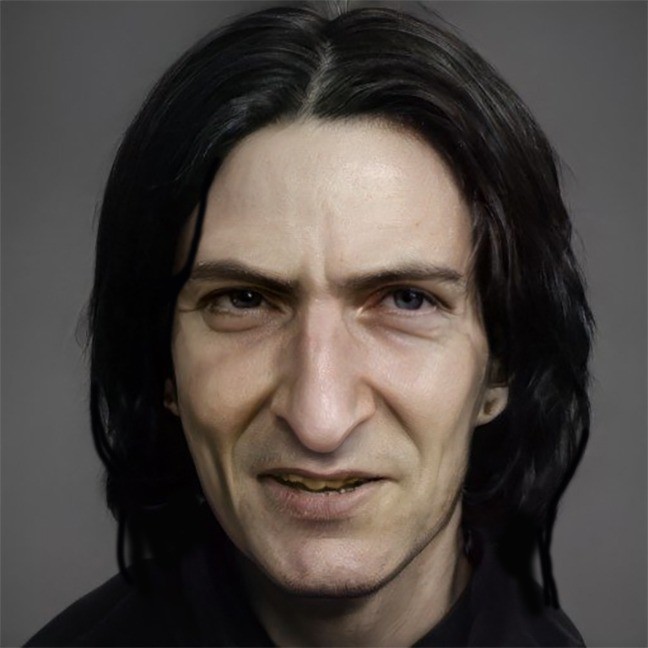 "Snape: (38) Thin, uneven yellow teeth, large hooked nose, sallow skin, dark/black eyes, black greasy shoulder-length hair." - Following the drawing representation, one would rather recognize the actor of "Filch" in the face. But from the hair and the facial expression we can detect Alan Rickman. 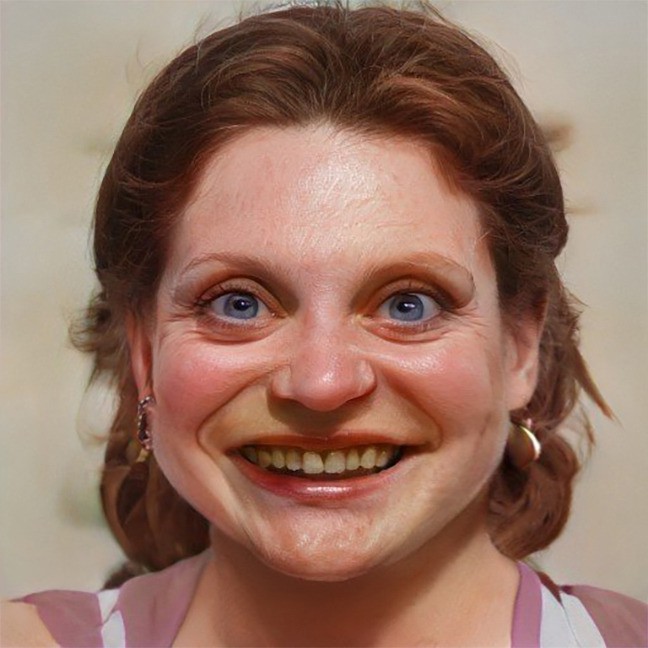 "Dolores Umbridge: (?age) mousey brown hair, bulging googly eyes, wide mouth, looks like a pale toad." - If you haven't found the cinematic character creepy yet, you will now, at the latest. With that expression, we wonder how she made it into the Ministry of Magic in the first place. 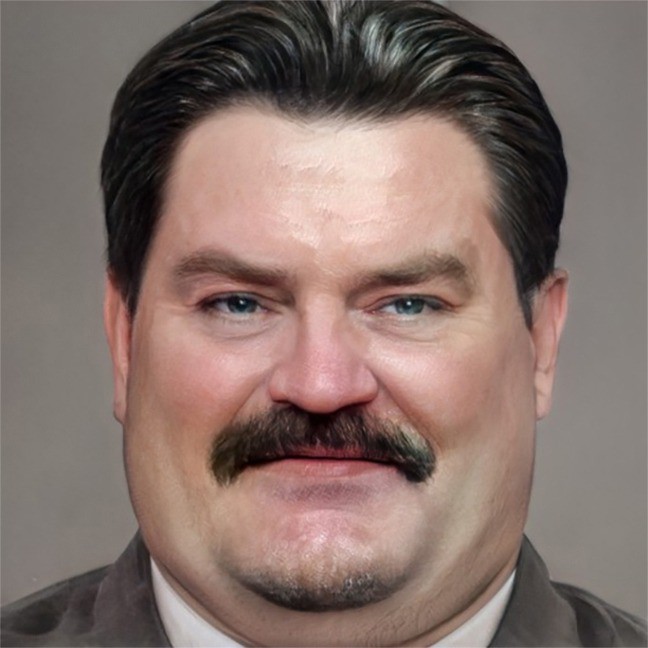 Since the main character of the fantasy series was still missing, the drawing was unceremoniously submitted by another user. The bright green eyes and the expression of the face fit perfectly to the description from the book. Harry Potter could not have been depicted much better, right?