"Stranger Things" : The Actors Then And Now

Then versus now: the first season of the mystery series “Stranger Things“ was released in 2016. In the meantime, the actors have changed their look! 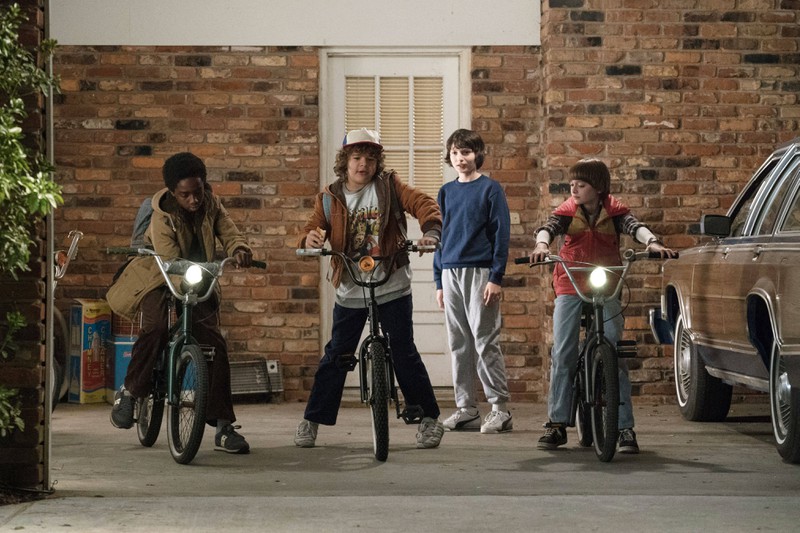 Since the first season, the science fiction and mystery series "Stranger Things" has not only provided us with exciting entertainment, but also cool atmospheric images, which match the look of the 1970s and 1980s. True fans will have noticed many visual references to movies like "The Goonies", "E.T." or "Back to the Future". The fourth and final season is scheduled for May 27, 2022 on the streaming platform Netflix. So it's time to take a look at the actors in the cast. How have they changed from then to now?

After all, in the first season, they were just kids... 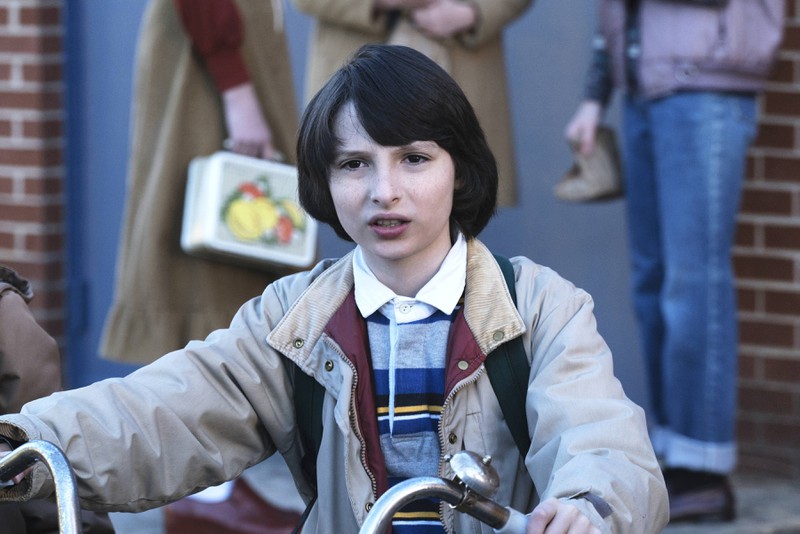 Michael "Mike" Wheeler is Karen and Ted's son, Nancy's younger brother and Holly's older brother. With his best friends Lucas, Dustin and Will, he enjoys throwing a Dungeons and Dragons party. He is very conscientious and empathetic. Over the course of the series, he develops feelings for Eleven. 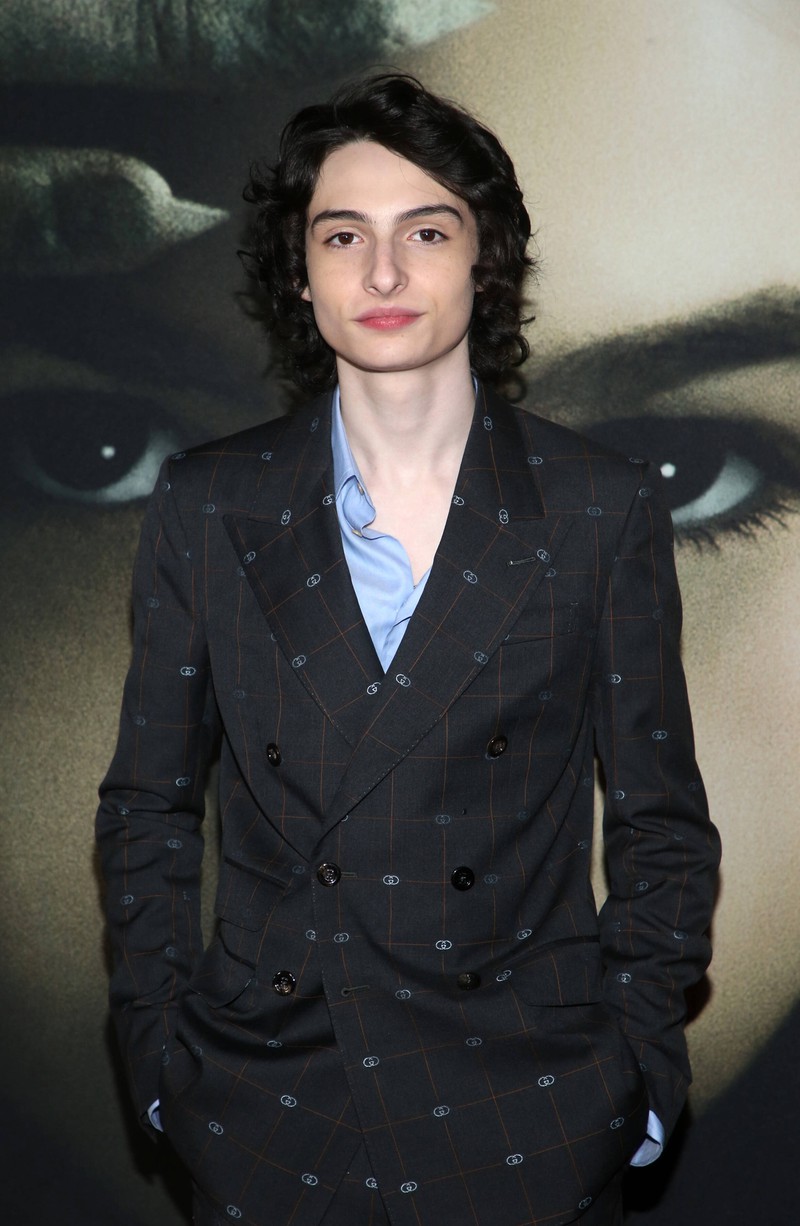 Now 19 years old, he is mainly known worldwide for his role as "Mike" in the series. But he also had a role in the new film adaptation of the novel "It" by Stephen King. Until 2019, he was also a member of the band Calpurnia, which broke up. 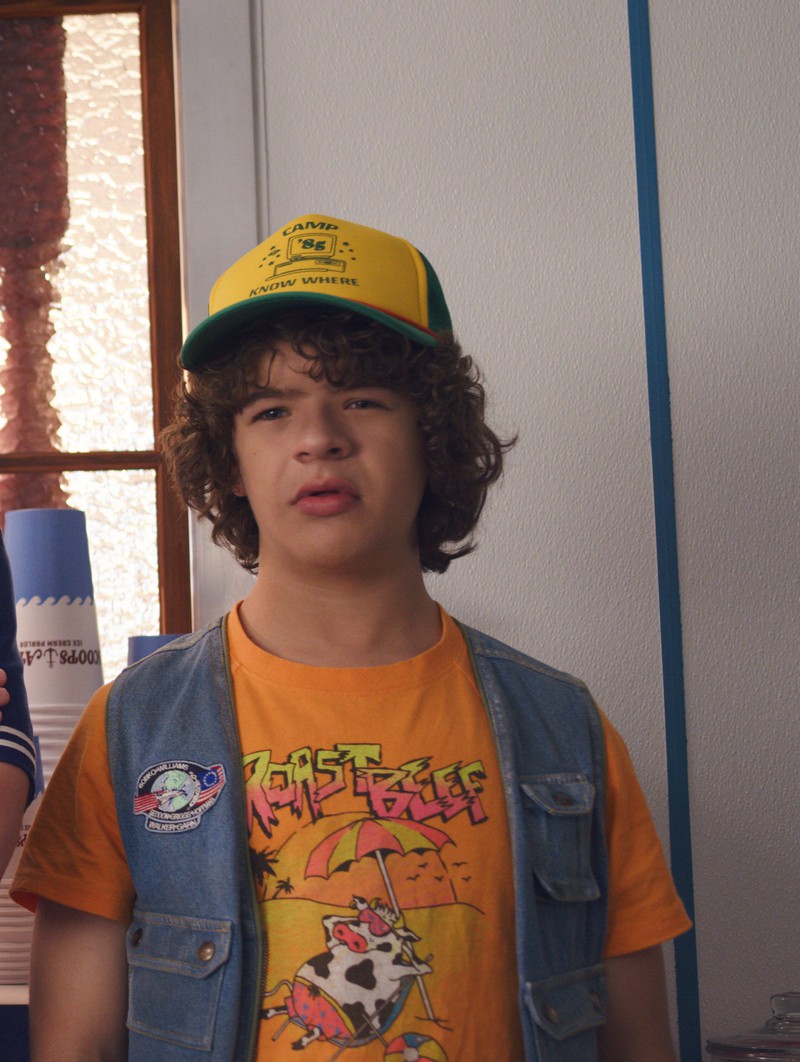 Dustin is friends with Mike, Will, and Lucas and is pretty smart. His "trademark" is his lisp, and in the game Dungeons and Dragons, he is especially familiar with monsters. He has a crush on Nancy Wheeler, but in the second season he also has feelings for Max. However, his friend Lucas ends up dating her. 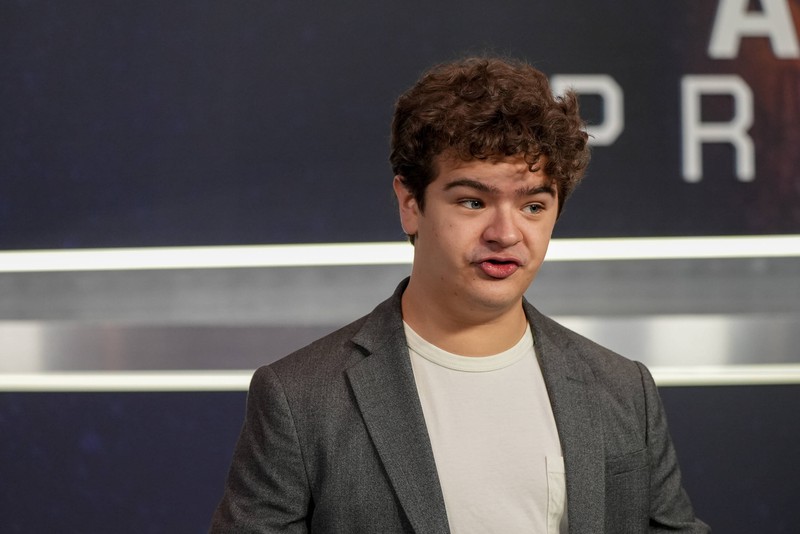 He too is already 19 years old! He has a hereditary disease, vestibular and cranial dysplasia, which causes the absence of clavicles or dental changes. This is also the cause of his lisp. Before "Stranger Things", he could be seen on various Broadway stages. 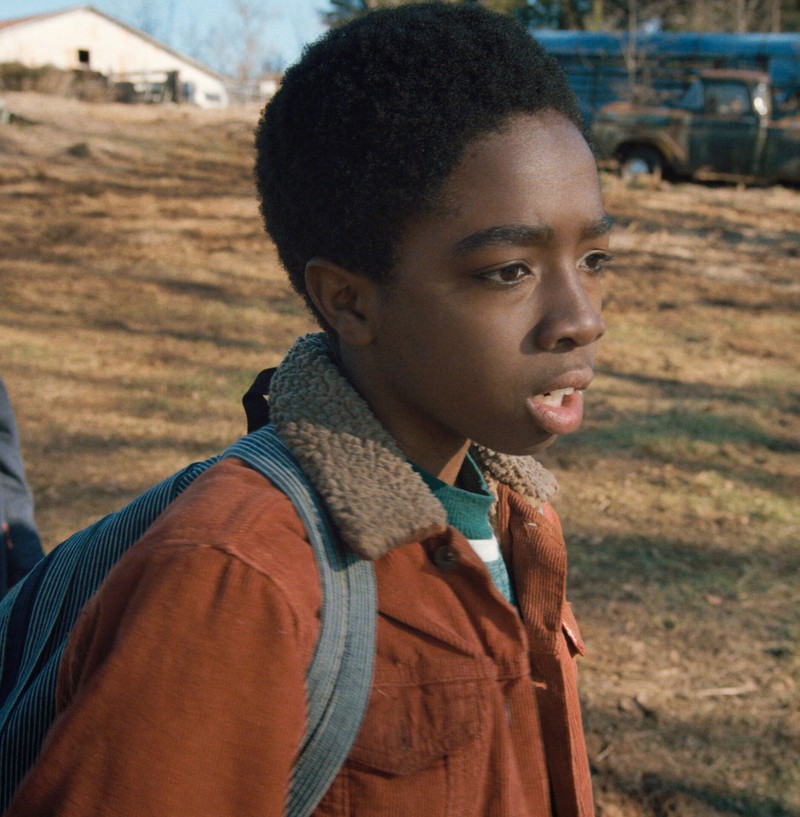 He too is in the group of friends around Mike and is very good at slingshots. At first he is very skeptical of Eleven, but she gradually gains his trust. At some point, he begins to have feelings for Max. 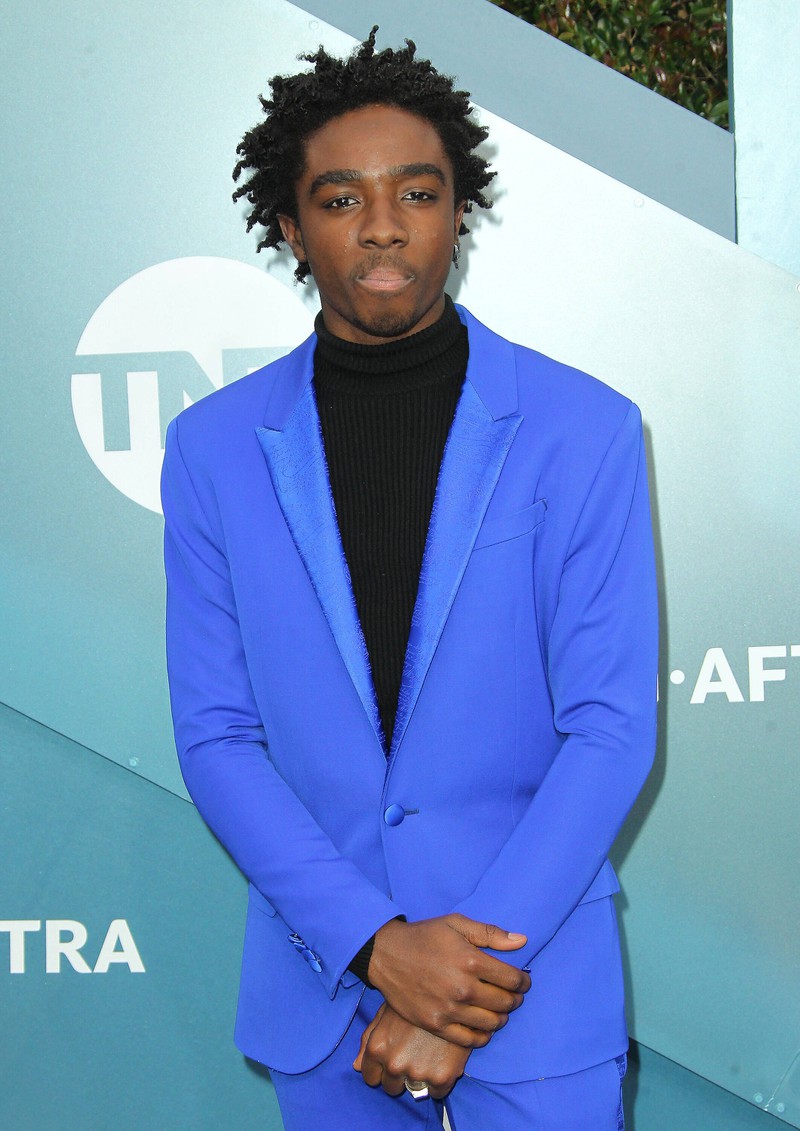 Now 20 years old, he also began his career on Broadway. His first major role was as Simba in "The Lion King". He attended the Harlem School of Arts. In addition to his role in "Stranger Things", he has appeared in the dramatic films "High Flying Bird" and "Concrete Cowboy". His second passion is undoubtedly music. In 2022, he released his single "Soul Travel". 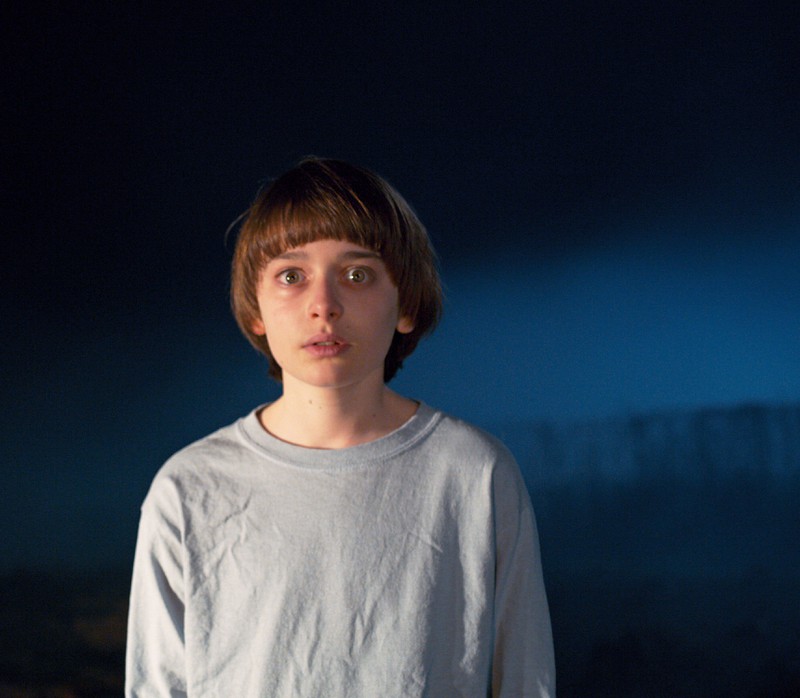 Little Will, Joyce Byers's son, is a shy but very sweet boy. In the first season, he suddenly disappears after meeting the monster who escaped from another dimension through a rift. In the second season, he is possessed and finally freed thanks to the efforts of his mother, his brother and Nancy Wheeler. 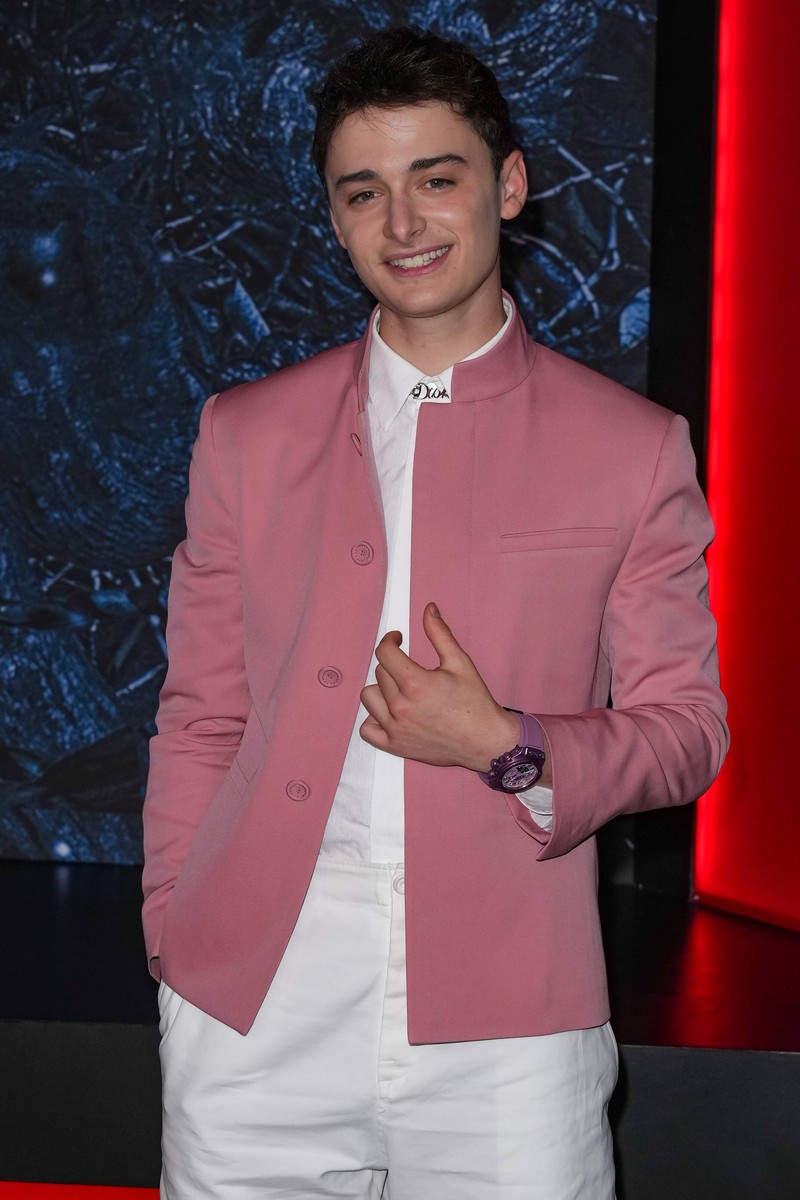 Even in real life, Noah Schnapp is one of the youngest actors in the series. Today, he is 17 years old and, in addition to the series, he can be seen in various other films. Most recently, he played a minor role in the horror comedy "Hubie Halloween".

Noah Schnapp Comes Out as Gay on TikTok

While there have been speculations about his character's se*ual orientation, Schnapp confirmed that Will is indeed gay and in love with Mike back in July 2022, saying “[t]hey are writing this real character and this real journey and real struggle and they’re doing it so well.”

Now, just a few months later, Schnapp has shared a TikTok video in which he says he has outed himself as gay in front of his friends and family – their reaction? They already knew! His video says “When I finally told my friends and family I was gay after being scared in the closet for 18 years and all they said was 'we know'.” The video's caption additionally reads “I guess I’m more similar to will than I thought.” Could this be a spoiler for the next season of “Stranger Things”? Will the story line focus more on Will and maybe even a new love interest? 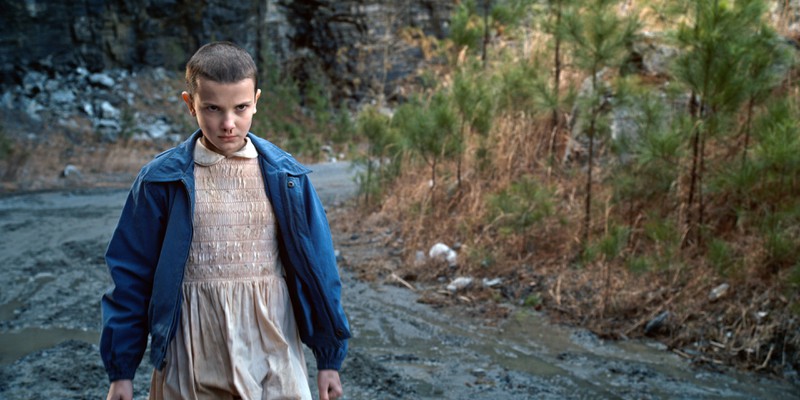 Eleven's real name is Jane Ives and she is the daughter of Terry Ives. She grew up in the Hawkins laboratory, where experiments were conducted on her. This gave her telekinetic and telepathic powers that allow her to move objects with her mind alone. When she manages to escape the lab, she befriends the gang of boys and is eventually taken in by Jim Hopper. He becomes a father figure to her. 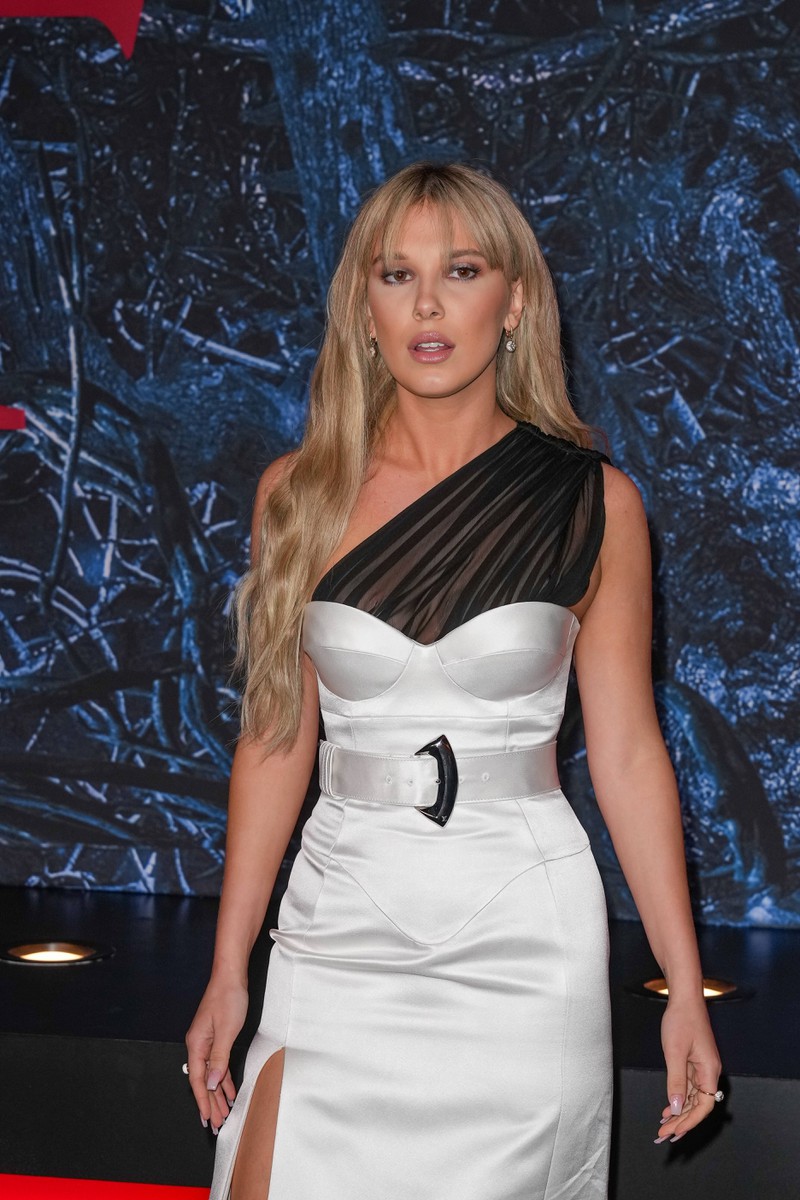 Today, we no longer recognize the 18-year-old actress! She has become an attractive woman and has undoubtedly entered the world of actors for good. On her resume, she has many other projects to her credit, in addition to "Stranger Things". She has played in a few episodes of "Navy CIS", "Modern Family" and "Grey's Anatomy". In addition, the Netflix series "Enola Holmes" was released in 2020, in which she played the lead role. In 2021, she starred in "Godzilla vs. Kong." 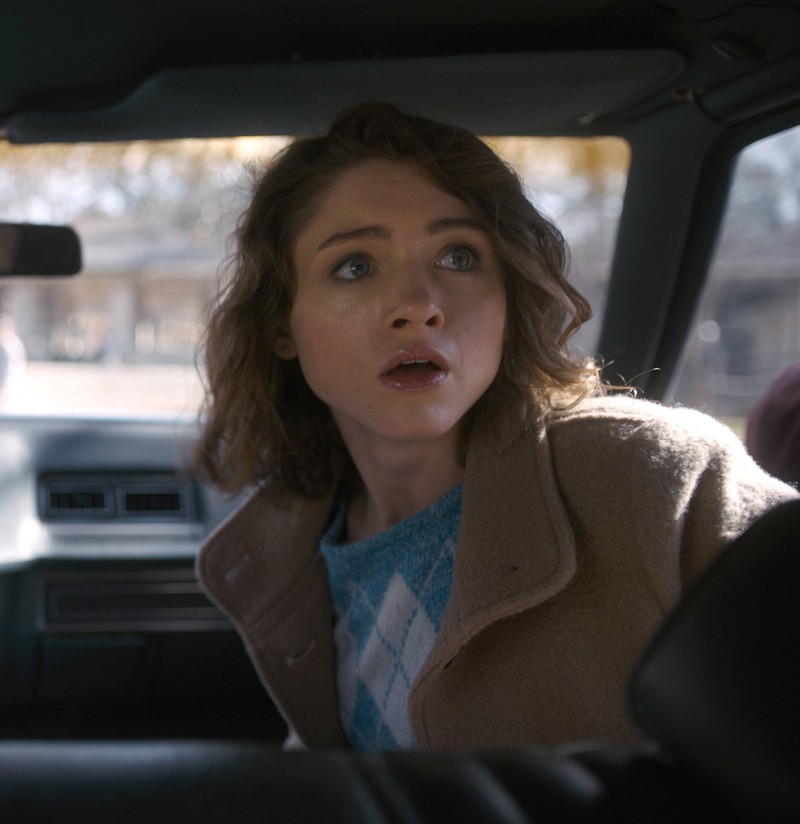 At the beginning of the series, Mike's older sister is an outcast at school - until Steve Harrington, a popular student, takes an interest in her. They begin a relationship, until she falls for Jonathan Byers. Interestingly, she is very good with firearms, although she has no training in this area. 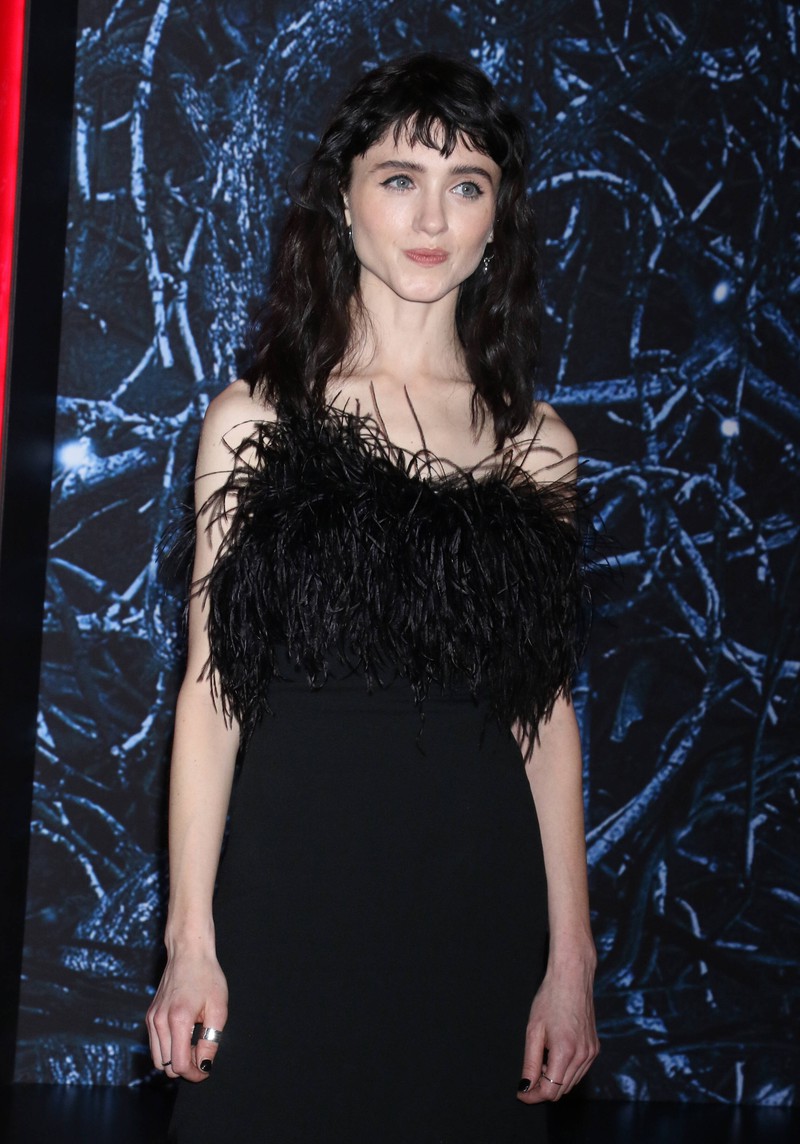 True connoisseurs should know Natalie Dyer for much longer than her breakthrough in the science fiction series. Indeed, she played a small role in "Hannah Montana - the movie" in 2009 and since 2016, she has also participated in various projects: Films like "Art of the Dead", "Yes, God, Yes - Bad Girls Don't Confess", "After Darkness" and "The Nearest Human Being" are part of her filmography. 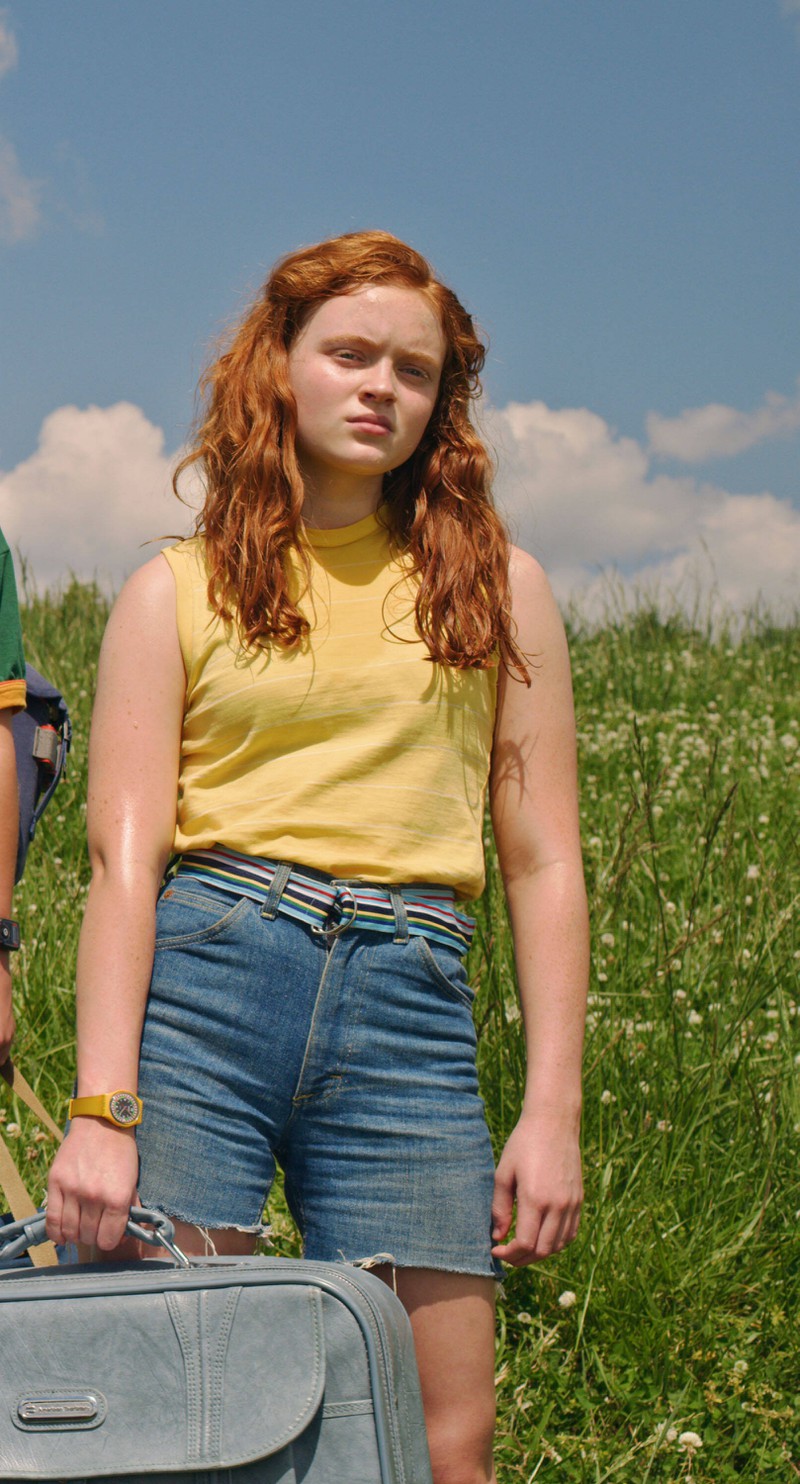 Maxine "Max" Mayfield is Billy's younger half-sister and enjoys skateboarding. In general, she gets noticed by her classmates for her "youthful" attitude. When she talks about having the highest score on the Dig Dug game, she catches Lucas' eye. Over time, she and Eleven become good friends. 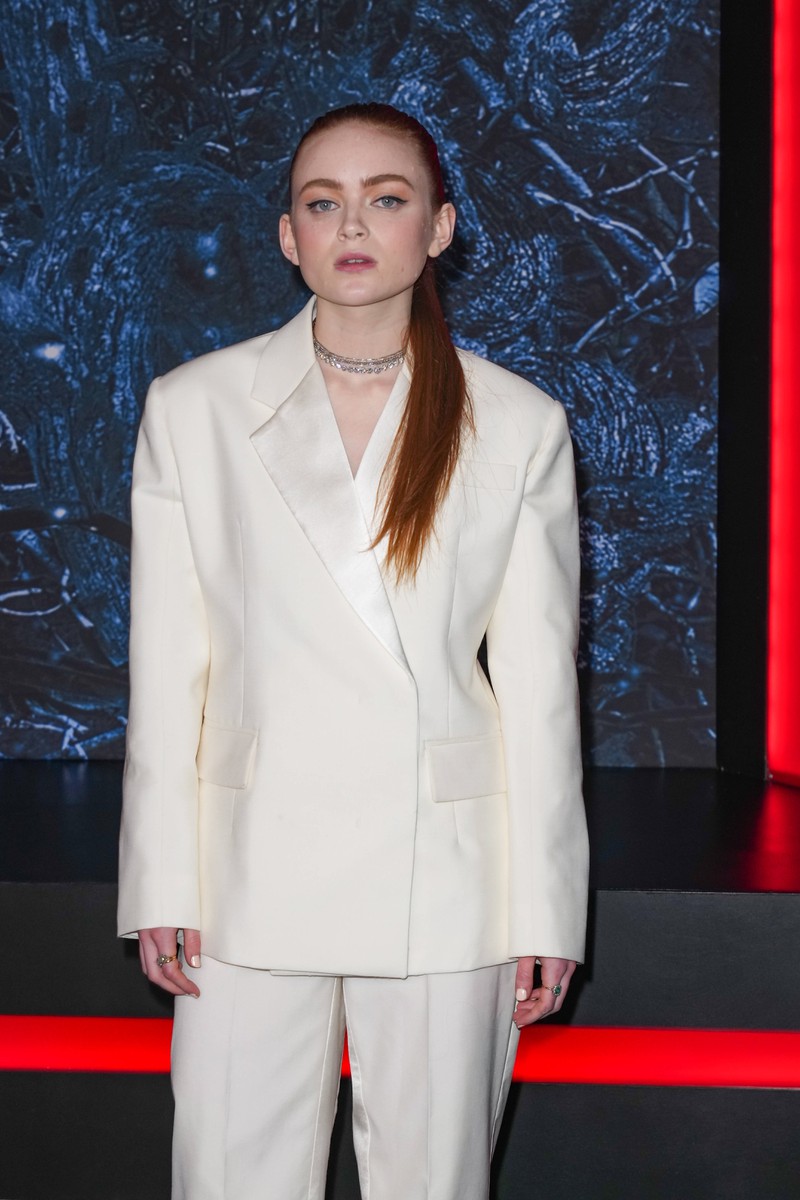 Actress Sadie Sink was born in 2002 and gained her first experience of performing in the theater at the age of 11. It was there that many noticed her when she played the title role in the musical "Annie" in 2013. In addition, before "Stranger Things," she appeared in an episode of "The Americans" and had roles in "Blue Bloods - Crime Scene New York" and "American Odyssey," among others. In the horror film series "Fear Street", she played a role in all three parts.