"The Watcher": The True Story Behind The Netflix Series

In the true story of the Netflix series "The Watcher", a family fulfills the dream of owning their own home - but joy quickly turns to fear 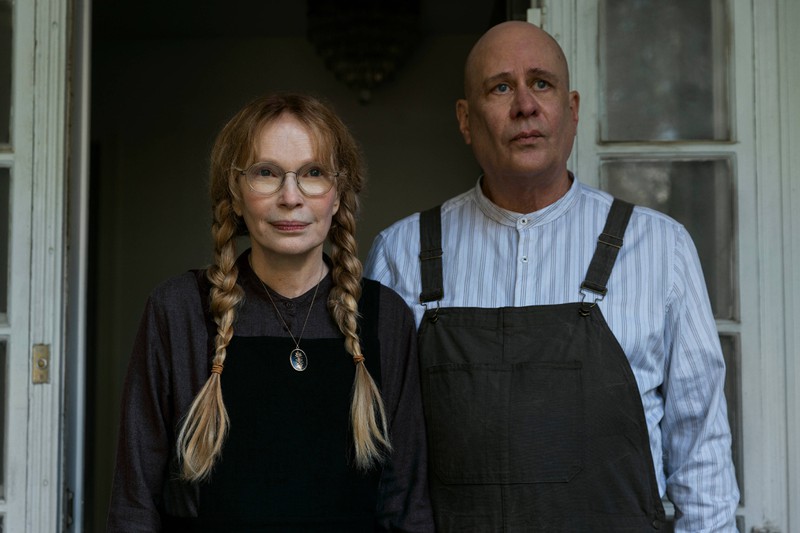 True crime is booming more than ever on the Netflix streaming platform, especially thanks to Ryan Murphy, who is also responsible for "Dahmer" and "American Horror Story". Now a new series has joined the charts: "The Watcher". Behind the production is a true, and also quite creepy story.

In the series, a married couple named Dean and Nora Brannock and their two children Carter and Ellie fulfill their dream of owning their own home. To do so, they have to give up all their savings, as the house is over their budget. But that shouldn't stop them, because the house at 657 Boulevard and the surrounding area seem just perfect. They thought they would find more security and stability in a small suburb in New Jersey than in the big city. Until the day they receive extremely curious and scary letters from an unknown person called "The Watcher". What sounds like the perfect horror tale is, unfortunately, a true case that happened between the years 2014 and 2019.

Warning: Spoilers may follow. So if you haven't seen the series, be careful. On the next few pages, you'll find out how the real family fared: 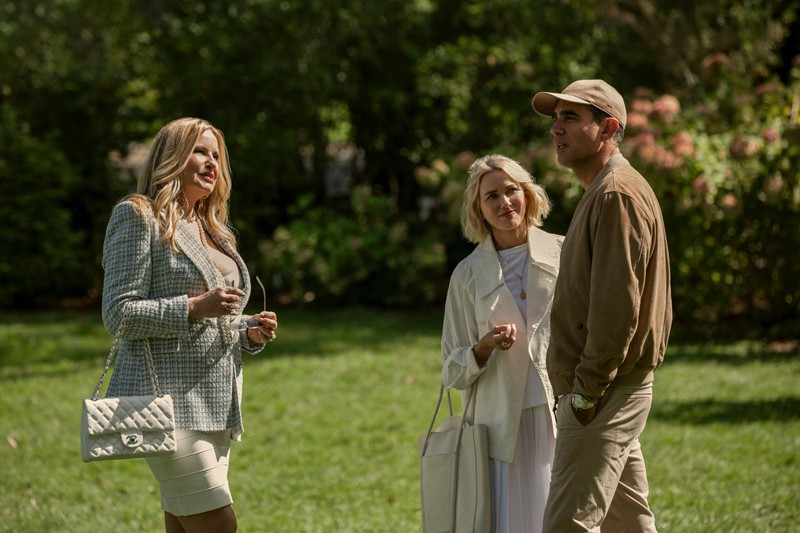 The True Story Behind the Netflix-Hit

Maria and Derek Broaddus moved into the house at 657 Boulevard in Westfield, New Jersey in 2014. So the address and the house actually exist. Unlike the family in the series, the couple and their three children didn't even move in. Because Netflix didn't invent the letters either. The first letter the couple received was actually signed with the name "The Watcher. In it, the following lines were probably written something like this or something like that;

"Dear new neighbors of the house at 657 Boulevard, allow me to welcome you to the neighborhood. How did you get here? Did 657 Boulevard call to you with its inner strength? 657 Boulevard has been my family's property for decades and as it approaches its 110th birthday, I have been tasked with overseeing it. It was watched over in the 1920s, then in the 1960s and now it's my time. Do you know the history of the house? Do you know what lies within the walls of 657 Boulevard? Why are you here? I'm going to find out.

That wasn't the only thing the Watcher had to say to the family, though ... 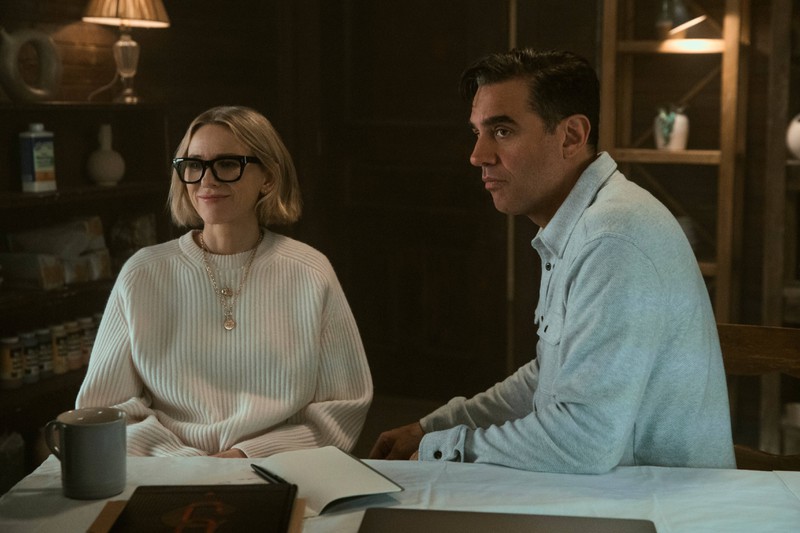 In addition, another letter followed, talking about the family bringing "young blood." He even asked in the letters where the children would sleep. And that they could be heard from the attic all the way down and vice versa. He would watch them and he could sit in any car that drove by or stand outside the front door at night.

This quickly became too much for the family. They alerted the police, immediately moved to a motel and never returned, despite all the renovations. In The Cut magazine, the family explained that they resold the house in 2019 at a lot of loss. In theory, the value should have increased rather over the years, but they actually walked away from the whole thing in the red. Derek Broaddus, said that the price Netflix paid for their story didn't even cover the loss entirely.

As of today, the family is still severely traumatized because of what happened. They asked Netflix to change their names and couldn't even watch the trailer for the series because the shock still runs deep. But how does it all end? 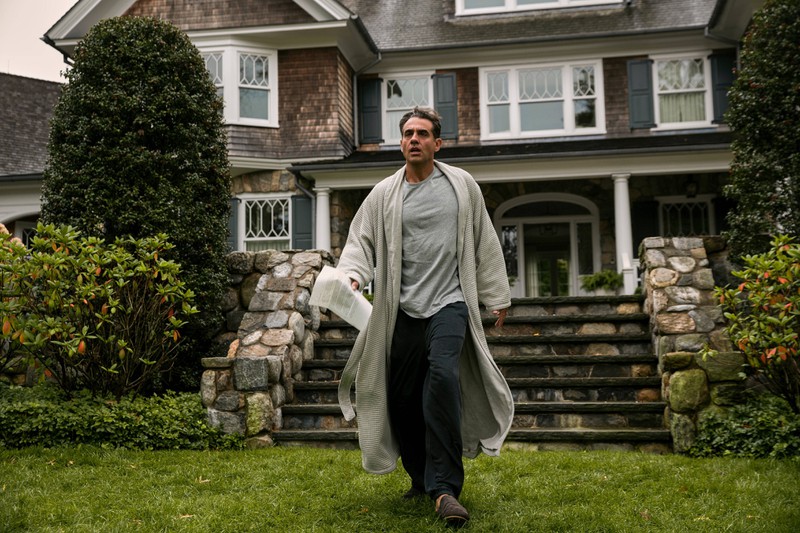 The Watcher Could Never Be Found

Just like in the series, there is unfortunately also an "open end" in real life, because the Watcher could not be unmasked until today. Although the police's investigations were extensive, according to their own statements, and they really turned over every stone, the perpetrator still hasn't been caught. According to DNA samples from the letters, all that is known is that it could possibly be a woman. Every neighbor and every person, no matter how suspicious, was questioned, observed and samples were taken. The police can only hope that they will eventually turn the person in on their own.

In the series, the neighbors were under strong suspicion and the realtor was also suspected, as she would possibly profit from the resale. This is not the only detail in the series that is true: 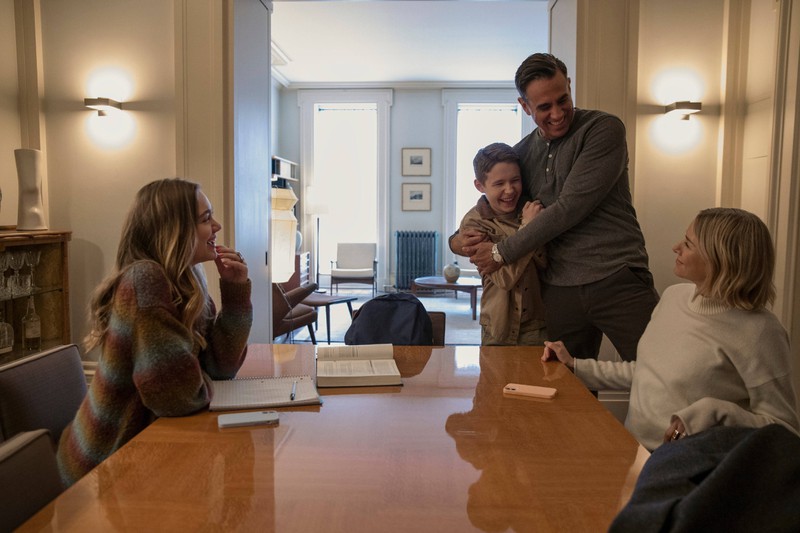 There's More Truth Behind Episode 3 Than Meets the Eye

In the 3rd episode of "The Watcher" a man suddenly appears in the kitchen of the Brannock family. He introduces himself as John and says he is the building inspector. He talked with Dean about quite curious things and later advised him to go to the church at the end of the street. However, with the help of a private investigator, it quickly became apparent that he was one of the previous owners who had been in hiding for years, having allegedly shot his family in the house in 1995 to save the family from loss and embarrassment. The police were never able to catch him because he cut his face out of all the photos.

Although it Has Nothing to Do with the Real Family, it is not Entirely Made up

There really was a man named John List who had also lived in Westfield New Jersey. He is considered a mass murderer and killed his entire family in 1971. Similar to John in the series, he also managed to escape for 18 years. He was a pastor in real life and wrote in a letter after his crime that he saw too much evil in this world and killed his family to protect their souls from the devil. As it seems, series creator Ryan Murphy united the two cases, because there are some parallels. Also, John's daughter has the same name both in the series and in the real case. In both cases, her name is Patricia.

All the true details make the series so much creepier right away! However, one detail also makes the online community smile:

What do you do when you feel like you're being watched within your own four walls? That's right, you close all the windows and possibly draw the curtains and, in the best case, leave the blinds down at night. In "The Watcher" however, only very few people think this is necessary. For example, this Twitter user writes: "7 episodes about people complaining about being watched and yet not a single person closes the curtains." Well, she has a point....