The Netflix production "Squid Game" has completely blown up, and its ending is getting a lot of buzz. What clues did you miss during the show? 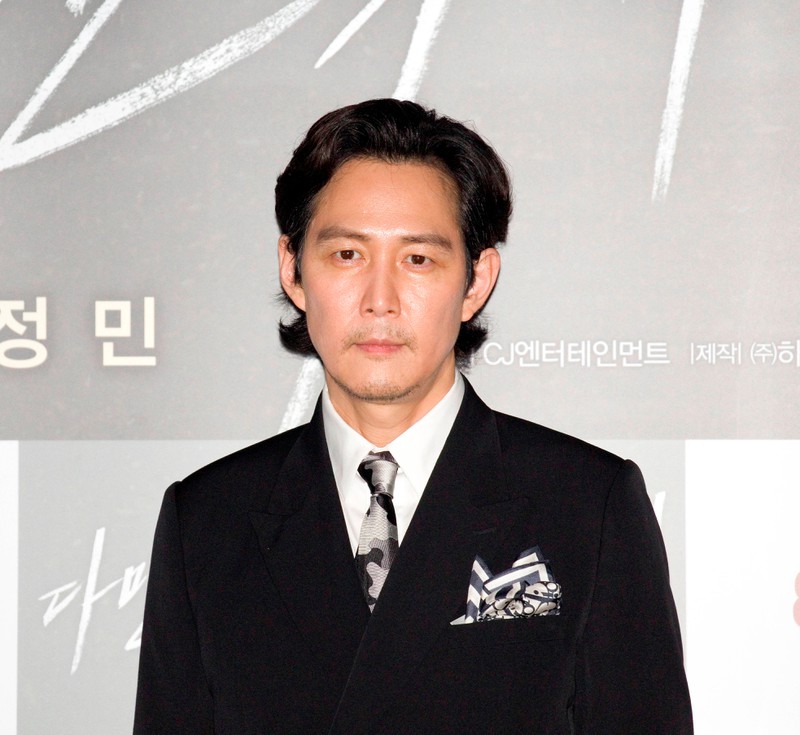 The first season of Squid Game is the most watched series of all time on Netflix, it even surpassed Bridgerton. Everyone's talking about it, rightfully so. The Korean series features a protagonist who is offered the opportunity to offset his money debts by playing a "game" with 455 other contestants. During the very first round of the game, it turns out that all the losers of the first round are killed. So far, so interesting. However, if you've seen the series until the end, you probably have a huge desire to talk about what happened in the end. We'll tell you which clues anticipated the surprise ending of the first season from the very beginning!

Have fun and watch out for spoilers:

Squid Game: The Best Show Ever?

Korean creator Hwang Dong-hyuk said that if the series maintains such a high viewership over the course of the 9 episodes, there will be a season 2. Within just two days, the K-drama entered Netflix' Top 10, which means we are hopeful that the series will continue. But why exactly does everyone want to talk about the surprise ending right now?

In the 9th episode, we find out who is really behind the idea of the brutal game. It's Oh Il-nam, who we thought was alread dead. The old man who claims to have a brain tumor at the beginning is eliminated in a duel against Gi-hun in the fourth part. You could have guessed in advance that he created the game:

A Small Spoiler Before we Talk About Il-nam

Did you notice, like this clever fan, that even in the beginning all the games played are drawn on the wall? No? Curiously, the players themselves didn't either.

Before we go into detail, we want to share the happy news: "Squid Game" creator Hwang Dong-hyuk has revealed that there will be a second season! So far, he has disclosed that protagonist Gi-hun will return to make the world a better place. Seems like actor Lee Jung-jae has already confirmed that he'll be part of the second season. Yay!

But now, let's start with Il-nam:

What are the Clues to his True Identity ?

His attitude towards the games is already strange. While most players look scared and worried, he doesn't seem to show any fear, he even smiles most of the time. Il-nam, on the other hand, even motivates the other players to continue, while they are frustrated by the multiple deaths of the first round. 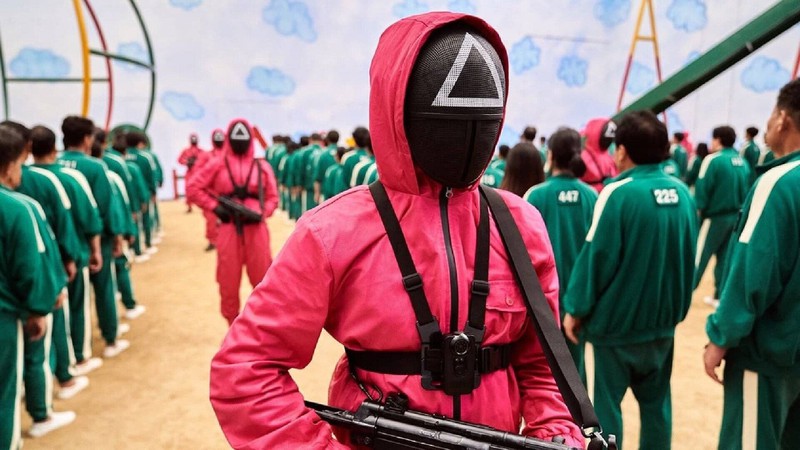 He Feels Like he Knows More than the Others in Many Games:

Even in the game Red Light Green Light, player 001 as II-nam is not scanned as intensively as the other players – are they supposed to be careful not to kill him from the start? He also always stops moving just before the lights, so you'd think he already knows when they're coming.

During tug-of-war, he seems to be able to use his accumulated experience from all the games he has seen before to find the right strategy to win. Who has seen that many tug-of-war games in his normal life?

But soon his true identity becomes even more evident : 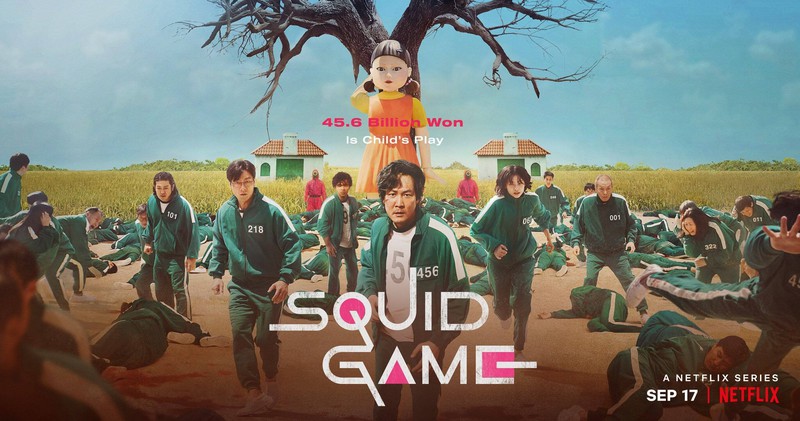 From Episode 5 on, it Becomes a Little Clearer:

Why is his file missing? Player 001 has no entry, the first page is player 002. Also, his name itself is quite interesting: the two syllables Il and nam literally mean something like "first man". So he is literally player number 1. 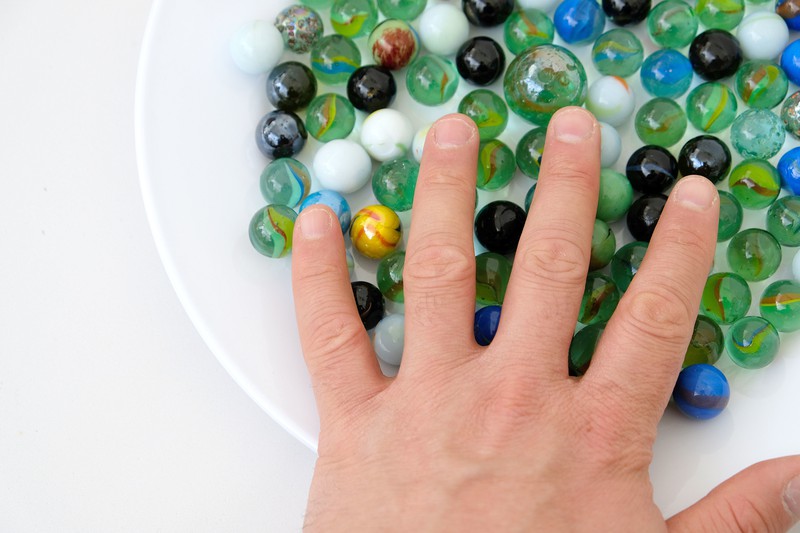 While playing marbles, he wanted to avoid being part of a team because he knew in advance that whoever was left alone would not even have to compete in the game. Very noticeable. When he loses the game to Gi-hun, we probably miss the most striking detail, because no one sees him get shot or die. You hear a gunshot, but that's it. Incidentally, the game raises quite a few questions in the wake of the marble case: 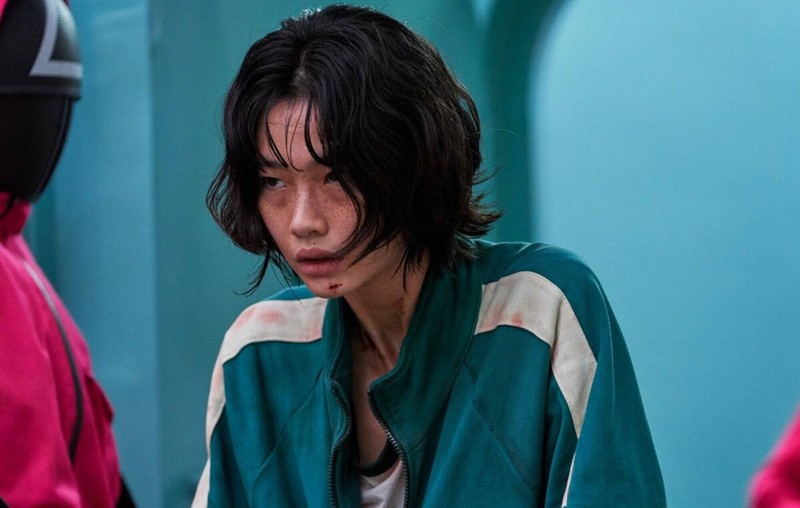 We did not see him die, let alone hear his body fall lifelessly to the ground, in the additional glass bridge game, he could not have faked his death. So he deliberately did not want to play the game. Even if he had made all the right decisions and wouldn't have fallen on his own, someone could have pushed him off the bridge, he didn't want to take that risk.

Did any of the details make you wonder?

There is one thing in particular that fans are wondering about:

For years, the Korean series' success had been dismissed by streaming services and production companies for being too unrealistic and brutal! Netflix is probably pretty happy about this, as the series is on its way to becoming the biggest show of all time. It's number 1 internationally almost everywhere, but Koreans are shocked by the English version in particular: 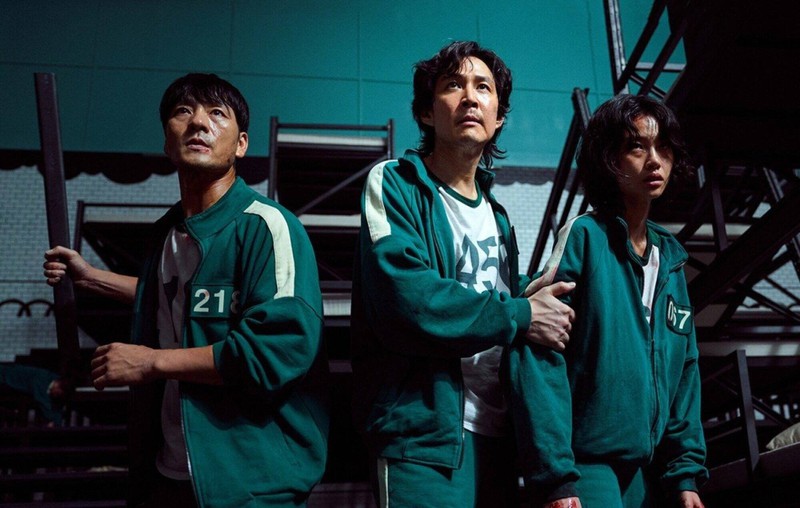 Korean Native Speakers are Shocked by the Translation

On Instagram, Reddit, TikTok and more, many Koreans are expressing their shock at the "bad" English translation. Some go as far as to say that those who have seen the English version have seen a completely different series than the original.

An explicit example follows on the next page:

A Korean fan who speaks both English and Korean clarifies some scenes. Starting with a rather minor "translation error" where a character says "Go away!" according to the English subtitle, but literally translated, it would be "What are you looking at". Later on, according to the English translation, someone says "I'm not a genius, but I can understand", but what this person actually says in the original is "I'm very smart, I just never had a chance to study". This speaks to a common situation in Korea, that people without money have little access to education. In the last scene, which she translates for us, she explains that in the English translation Il-nam and Gi-hun say the phrase "We share everything". But in the Korean original, you'll hear the sentence "We don't claim ownership of each other," which is a big difference in ideological understanding.

Attentive fans came across something else: 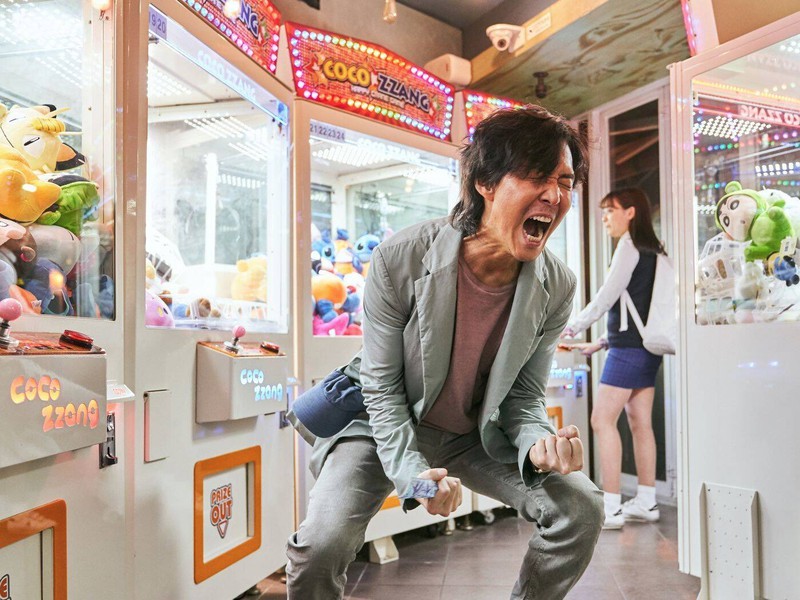 Could the series have gone differently? At the beginning of the series, Gi-hun is asked if he wants to participate in the "Squid Game" and is given two envelopes to choose from: a red and a blue one. Yes, this moment briefly reminds us of The Matrix! The question is whether this is one of the best possible choices. In the series, the contestants wear blue-green clothes and the guards wear red clothes. Could Gi-hun have become a guard, had he chosen the red envelope instead of the blue one?

Did you notice the following mistake? 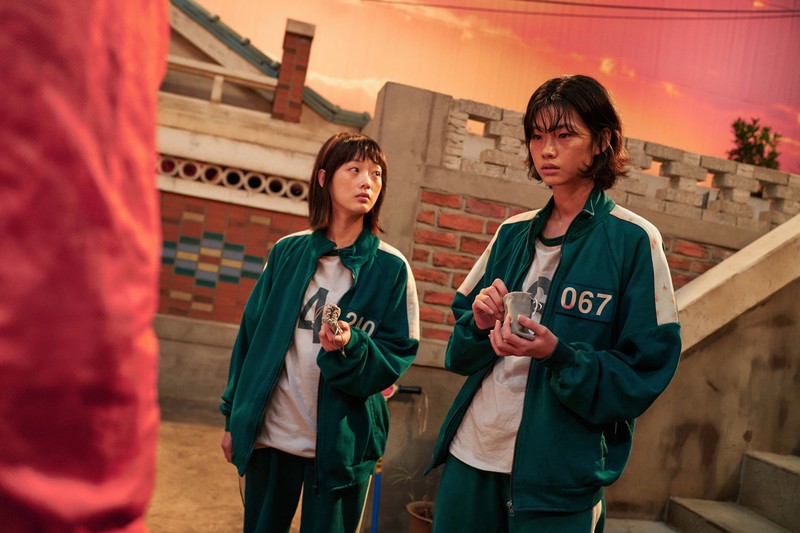 What Many Viewers Missed

You probably didn't notice it either! No wonder, because the series captivated us from the very first moment! In fact, it's quite obvious: in the first part, we see the numbers of some of the players, but later, when they are in the room where the photos and numbers of the respective candidates on the floor are first displayed and then faded out when they die, they belonged to another person. How is this possible? Number 061 is first a woman, then a man. Number 331 first belongs to a man, then to a woman with glasses. And number 088, a young woman, suddenly becomes an older man. What happened? Someone didn't take it very seriously! 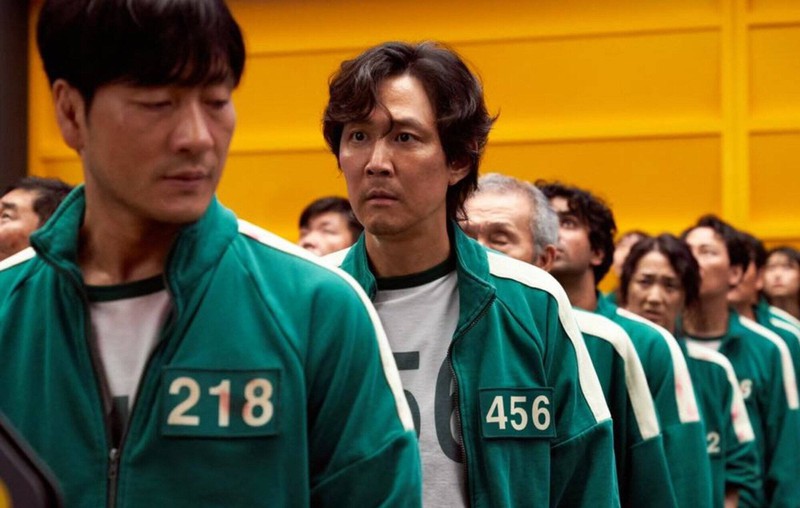 Did you Miss it Too?

You are not alone, don't worry! There are several mistakes in movies and series that many people don't notice until they have watched them several times. They can be found not only in the popular new series Squid Game, but also in The Lion King and other movies.

On the next page, you can read what many people haven't noticed at all: 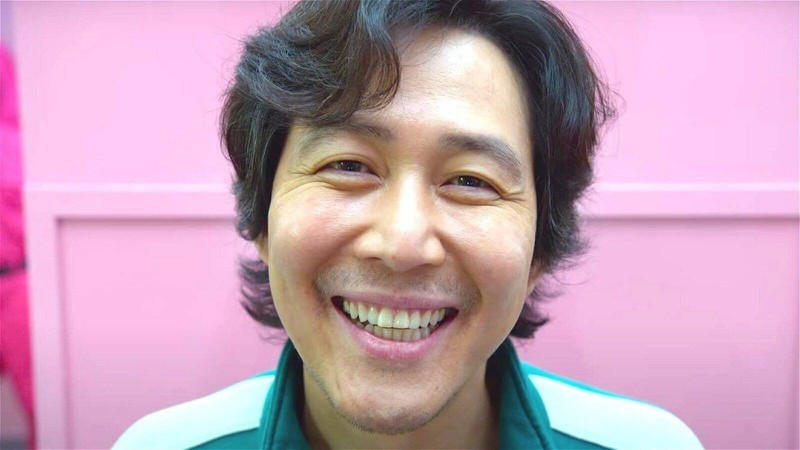 At the beginning, the business card displayed a real Korean phone number. Many fans joked about calling it, and the owner of the number received several thousand calls a day. This went on until he complained to Netflix and the show producers, and the scene with the business card was changed.

Another Scene Also had to Be Edited

Not because it was too violent, but because the contestants' fights took place under constantly flickering lights. Unfortunately, these scenes made many people who are sensitive to light dizzy or even nauseous. Netflix followed the criticism and adjusted the scenes. 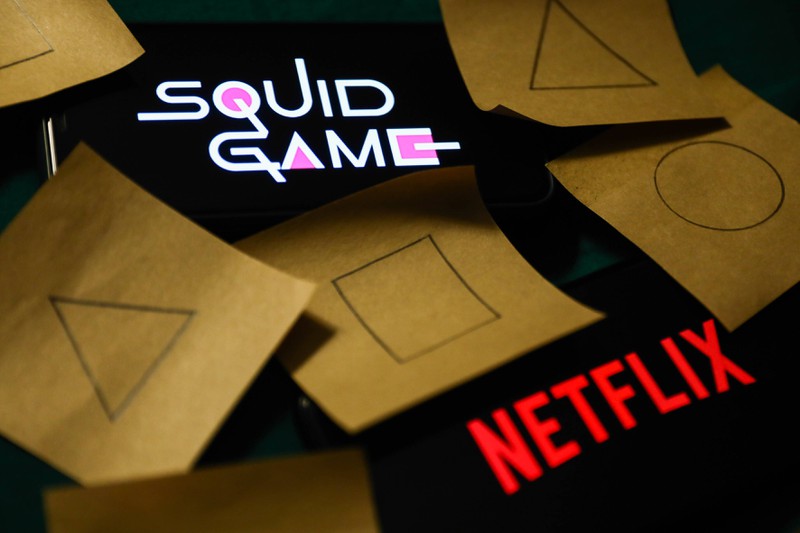 The Symbols – What is Really Behind Them?

Anyone who has seen the series "Squid Game" has certainly noticed the symbols.

A triangle, a square and a circle. But what is it about these curious symbols? There's a variety of speculations, but one theory found on the Internet sounds quite plausible to us! If you take a closer look at the Korean alphabet, it quickly becomes clear: The circle could be the letter O, the triangle resembles the character for the letter J, and the square would stand for M. Together, these characters make OJM, which stands for the abbreviation of the Korean octopus game, which is also the subject of the series.

And who would have thought it? The game is called Ojingeo Geim in Korean, which is also the original title of the Netflix series!