Movie Couples That Did Not Like Kissing Each Other

We love a good kissing scene but not all of the celebs did like them as well. We found 12 movie couples that did not like kissing each other at all! 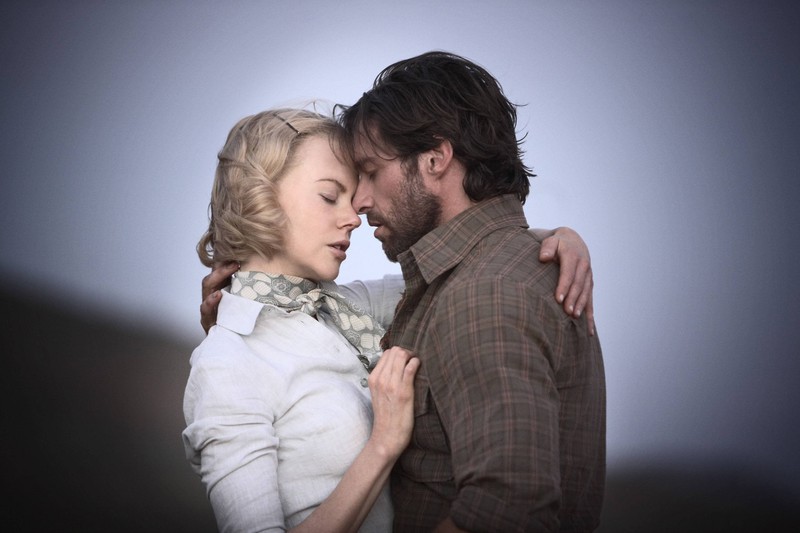 Yes, of course we know... if you think about kissing scenes, all you can think about at the moment is Bridgerton - but there are a lot more good kissing scenes. The truth is, though, that not all of the movie couples did like kissing each other. This is why we present you 12 couples that literally hated it!

If you wonder how it's possible to not enjoy kissing one of those celebs, we'll tell you why and all of a sudden, you will understand.

Two human beings as attractive and as kind as those two must have felt the chemistry, right? Well, they didn't. One of the reasons was the fact that they had to kiss each other in front of a huge team - no intimacy or chemistry at all. 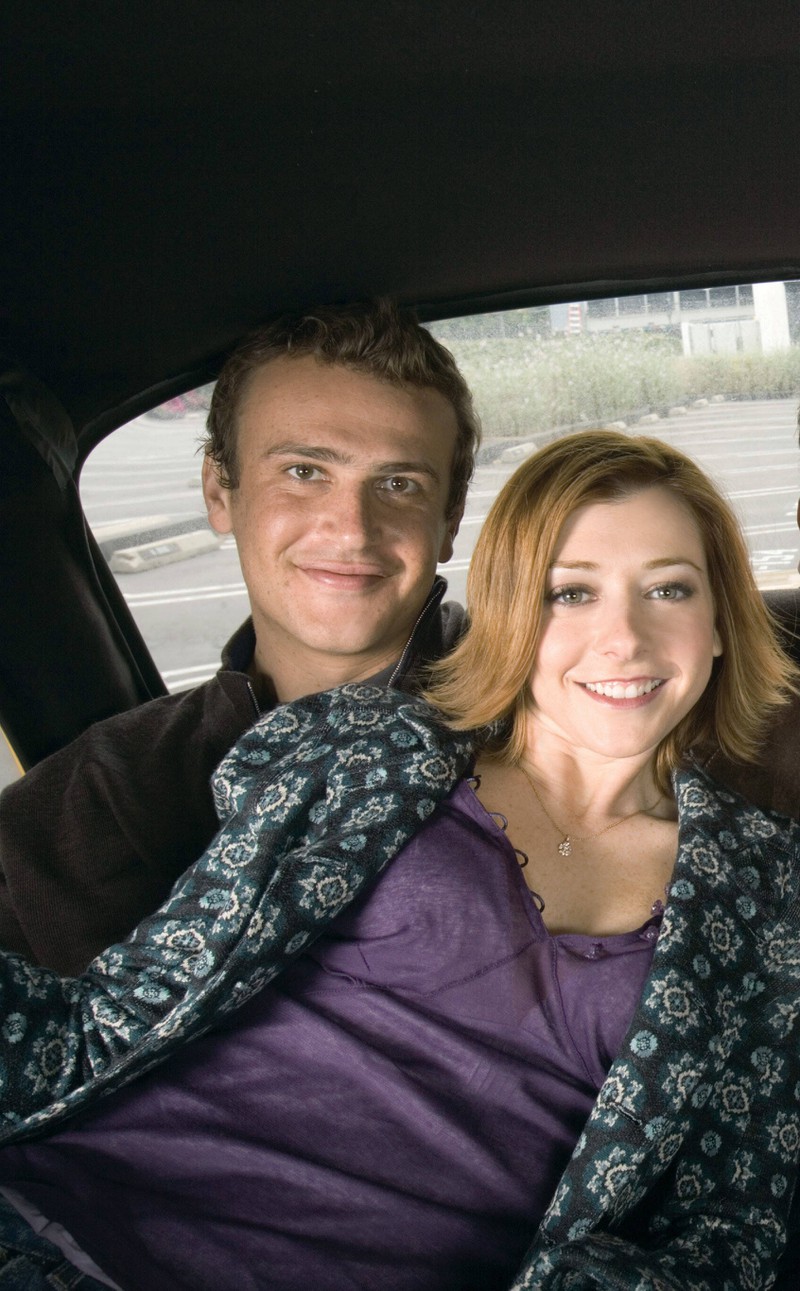 Lily and Marshall were the absolute couple goals! They've made us believe that there is this thing called: your great love.

However, Alyson Hannigan was not a fan of kissing her TV show partner. Why was that?

Apparently, Jason couldn't stop smoking in between scenes and breaks. He always had bad breath. We're really thankful to her that she played her role as lovely "Lily" anyway. 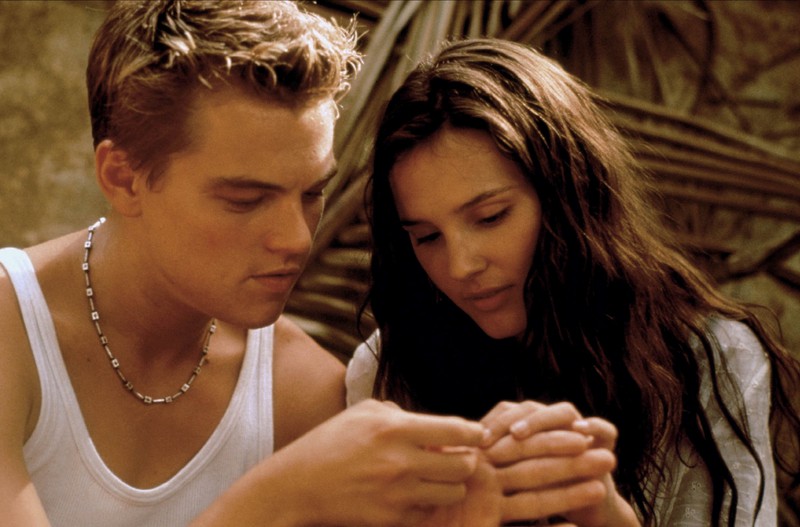 #3 Leonardo DiCaprio and Virginie Ledoyen in "The Beach"

Leonardo DiCaprio is one of our frequent kissing partners in our dreams, right? We wouldn't care if it happens in front of a camera or not.

Who envies Virginie Ledoyen kissing DiCaprio in "The Beach" should hear her "kiss evaluation". She claimed that even though he is such a "nice guy," he's missing the passion and fever. Whoops Leonardo, we did not expect that!

Let's move on to the next couple: 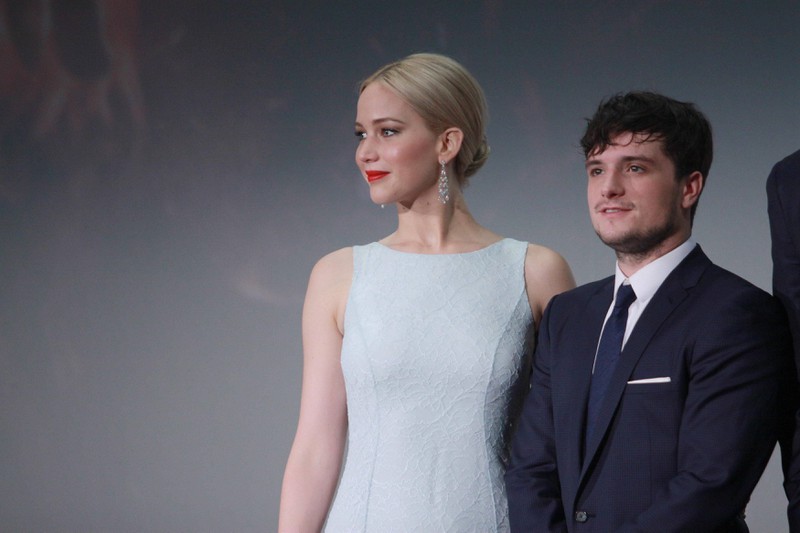 "The Hunger Games" is based on the bestselling trilogy of Suzanne Collins and the movie was a huge success. In 2013, the second novel was released "The Hunger Games: Catching Fire".

What do you think who was the bad kisser?

He was not the only one who is not a fan of kissing J. Law: 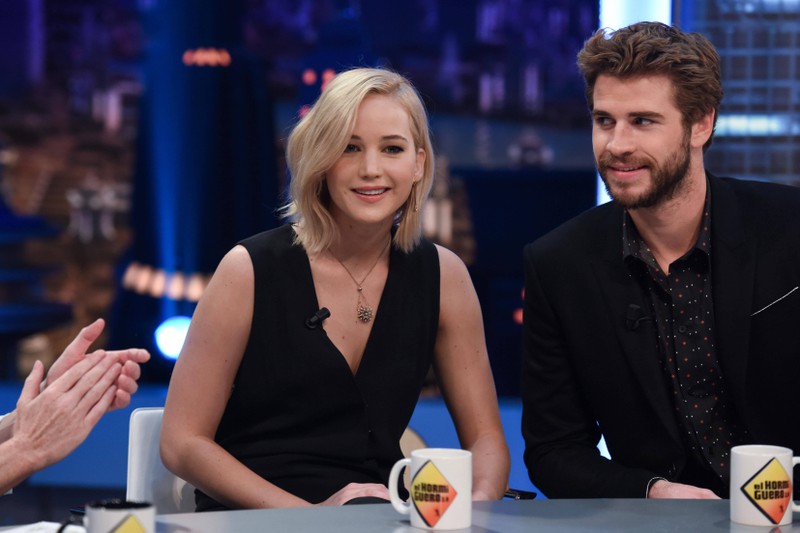 Liam is probably our second frequent kissing dream after Leo. He also didn't like J. Law's kisses. While fans were over the moon when they saw the kissing scene in "The Hunger Games", he himself couldn't enjoy it. This time not because of her slobber, but because she had bad breath. This is a problem, though, that can be fixed very easily. 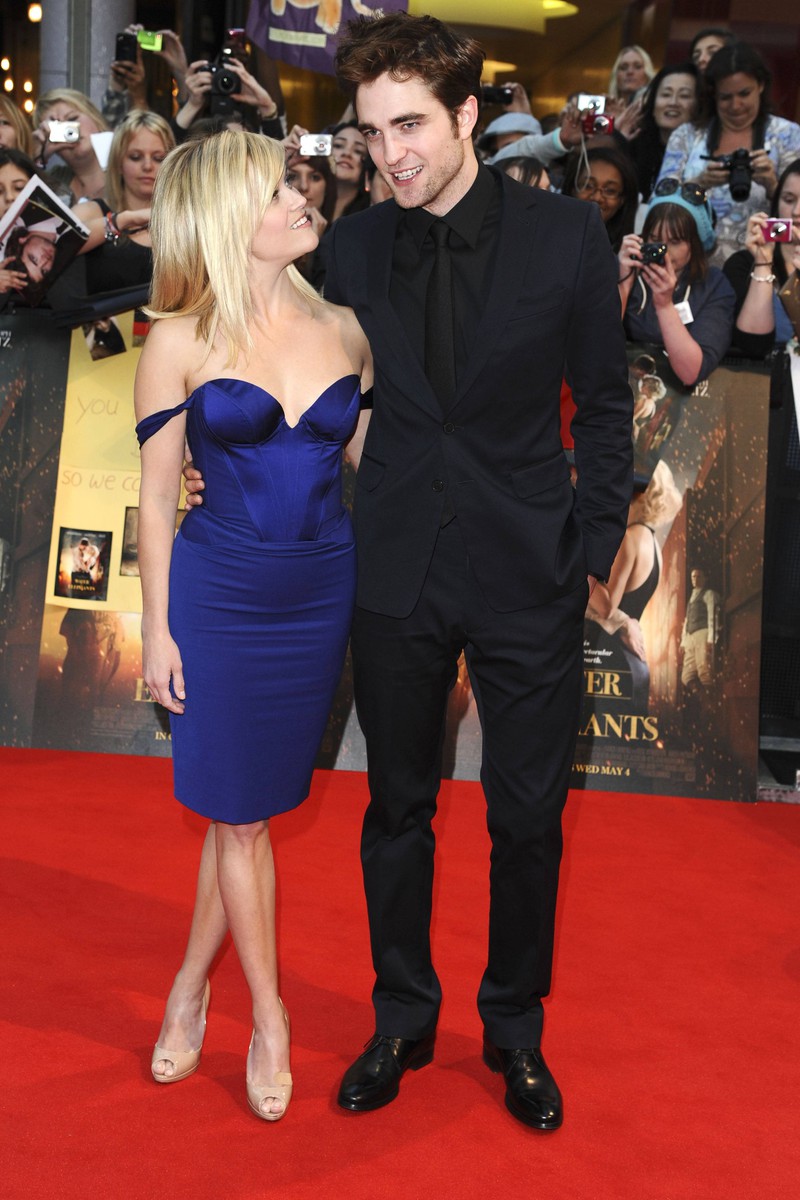 #6 Robert Pattinson and Reese Witherspoon in "Water for Elephants"

We cried so much because of this movie, right? Some Twilight fans would have literally lost their minds kissing Robert Pattinson. Not Reese Witherspoon, though.

To be honest, it was not his fault. Poor Robert had caught a cold - it's not really attractive to kiss someone who can hardly breath.

We also expected more from the next celeb: 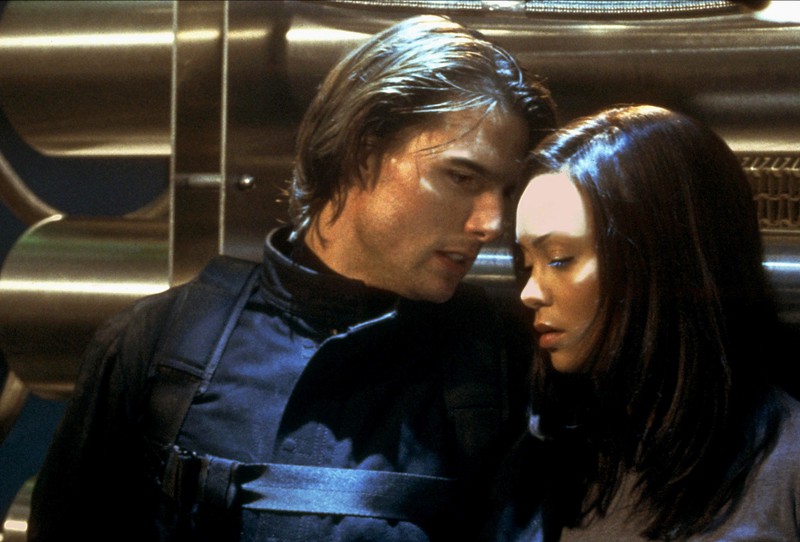 In "Mission Impossible 2" we were allowed to witness a hot kissing scene between Tom Cruise and Thandie Newton. She, however, was really unimpressed by Tom's kissing talent. Apparently, he had "the J. Law problem" and his kisses were too slobbery. Nicole Kidman herself recommended Thandie for the role as "Nyah". At that time, Kidman and Cruise were married. What do you think did she have in mind with this recommendation?

We can't wait to show you our next hottie: 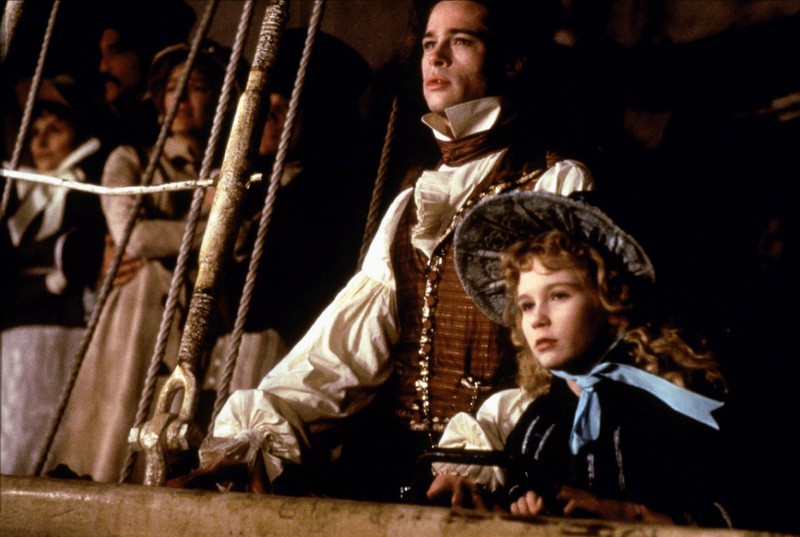 #8 Kirsten Dunst and Brad Pitt in "Interview with the Vampire"

Kirsten Dunst was only 11 years old when Brad Pitt kissed her. It is very reasonable why Kirsten was not amused when she was told to kiss 31-year-old Brad Pitt. The first kiss is not really something you want to experience in front of a whole camera team. 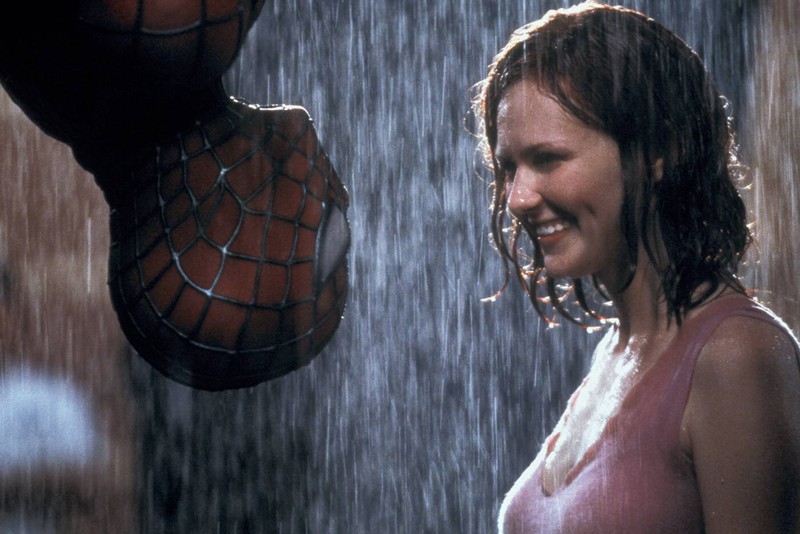 It is a very funny but also very weird story.

The iconic kiss scene in 2002 between Mary Jane and Spider Man was so romantic in the pouring rain. She lifts up Spider Man's mask a little over his mouth and kisses him while he is hanging upside down. We still love it.

Tobey Maguire revealed that this scene was not romantic or enjoyable at all. Hanging upside down, his blood rushed into his head and the rain into his nose. Sounds uncomfortable to us!

In the next kissing scene the female part was the one who did something "wrong": 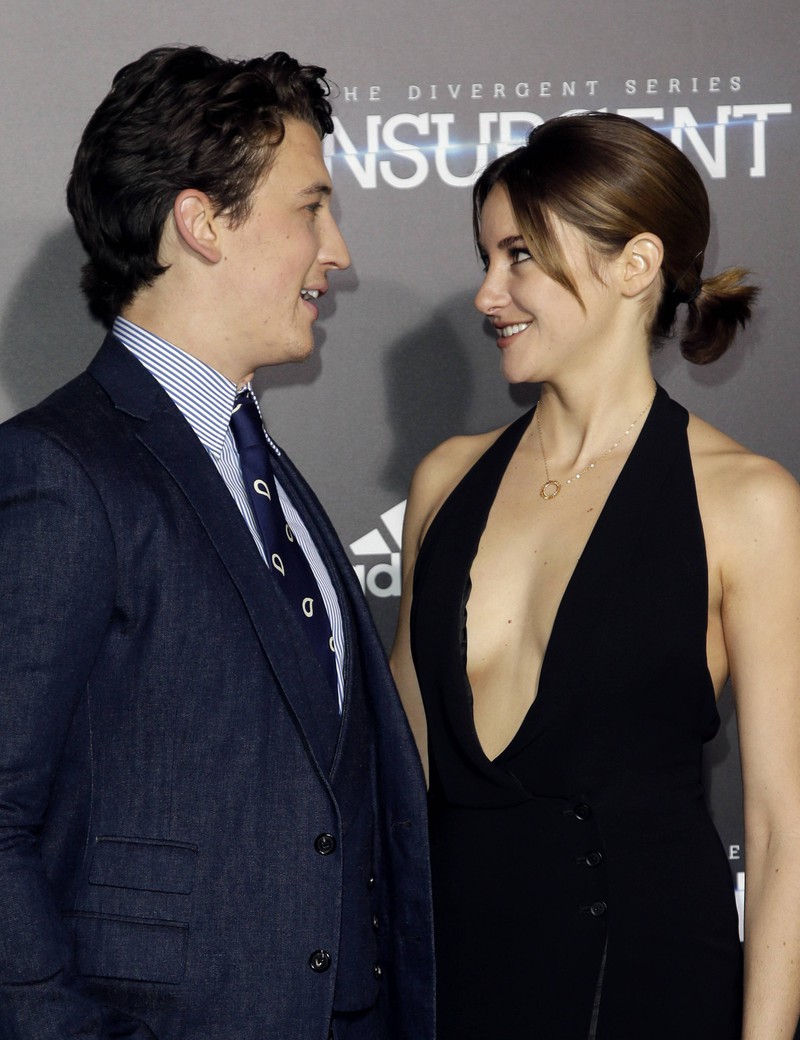 #10 Miles Teller and Shailene Woodley in "The Spectacular Now"

In "The Spectacular Now", Miles Teller and Shailene Woodley stood together in front of the camera. Shailene, apparently, had a very weird ritual before kissing someone.

In an interview Miles Teller said that Shailene put something that smelled and tasted badly - like a strange mixture of spices - into her mouth. 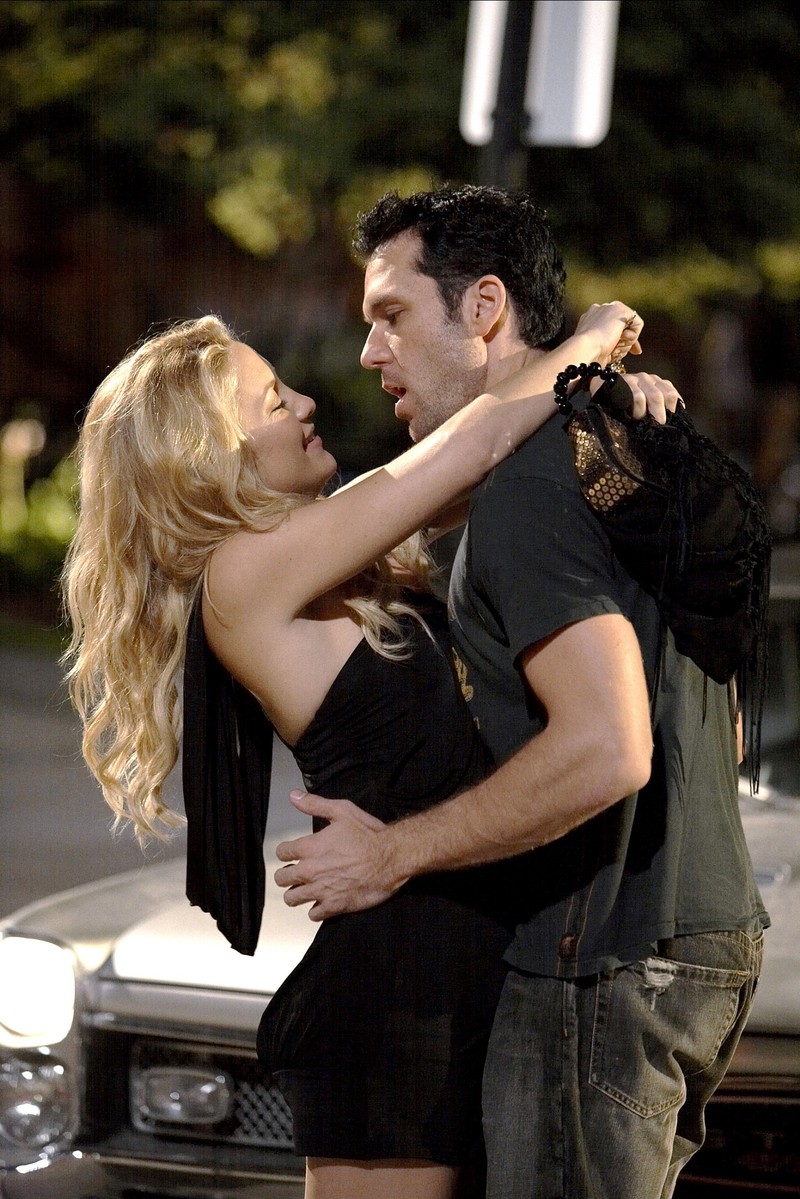 #11 Dane Cook and Kate Hudson in "My Best Friend's Girl"

Kate Hudson is a real sunshine and we love watching any kind of movie with her.

In the romantic comedy "My Best Friend's Girl", Dane Cook and Kate Hudson fall in love. The relationship is full of ups and downs and of course it entails an iconic kissing moment.

Dane Cook stated, after the movie was released, that Kate was his worst kissing partner ever in his career.  Ouch! Afterwards, he said that his statement was of course just a bad joke... What's said is said, Dane. Poor Kate Hudson. 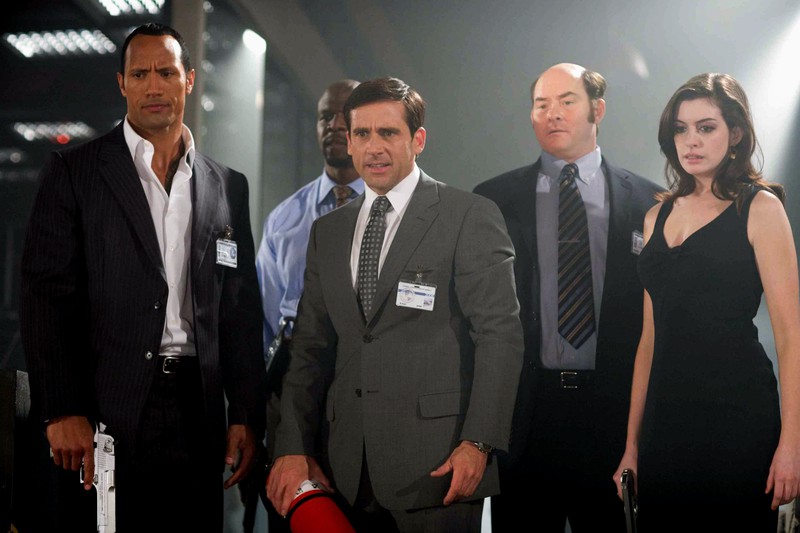 #12 Steve Carell and Dwayne Johnson in "Get Smart"

Steve Carell is known for his sometimes weird, but nevertheless funny roles. In "Get Smart" the kissing scene we mean is not between him and Anne Hathaway, but between him and the ripped Dwayne "The Rock" Johnson! Neither Carell nor Johnson found the kiss particularly appealing. What a shame. 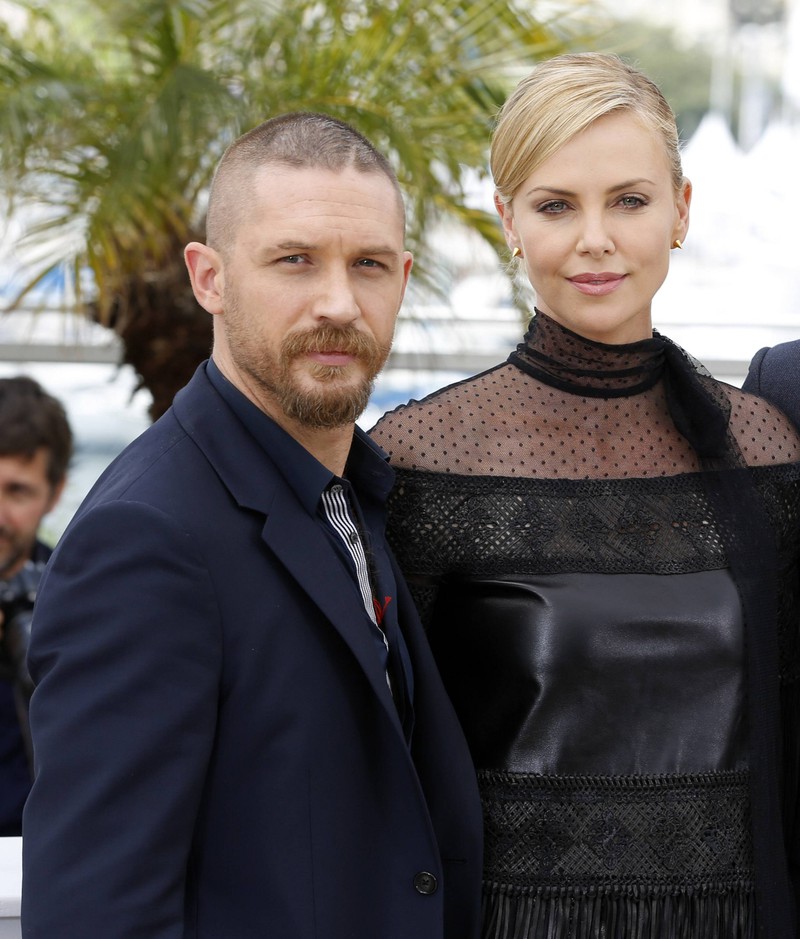 #13 Charlize Theron and Tom Hardy in “Mad May: Fury Road“

The recently published book Blood, Sweat & Chrome: The Wild and True Story of Mad Max: Fury Road by author Kyle Buchanan talks about the apparently toxic environment on set of the movie. Although Theron and Hardy didn't have a kissing scene in the film, Theron surely wouldn't have enjoyed it had one been scripted. Apparently, the actress felt extremely threatened by Hardy, causing her to ask for on-set protection. It seems that an altercation between the two escalated when Hardy arrived late on set – three hours late. Theron accused him of being disrespectful, urging the producers to “fine the f*cking c*nt a hundred thousand dollars for every minute that he’s held up this crew.” Hardy evidently reacted aggressively, "charging up to her". What a nightmare for working together...