10 Men Confess Why They Regret Marrying Their Partner

"Bridezilla" is quite a prominent trope in pop culture, but they also exist in real lif. 10 men opened up about why they regret marrying their fiancé 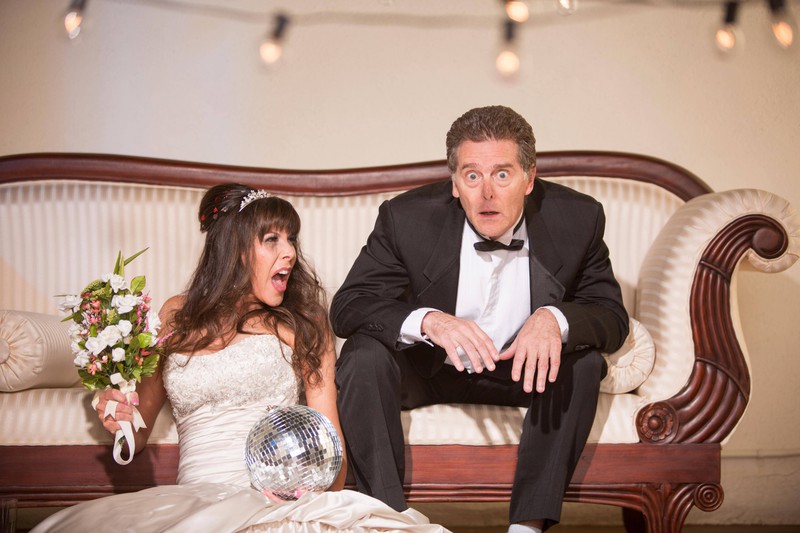 Many people imagine the time as newlyweds as a period of constant bliss. When the end of the honeymoon period arrives, however, couples often don't see things through rose-colored glasses any longer and get a reality check. In some marriages this happens sooner rather than later! We've compiled ten stories of men who regret marrying their girlfriend - sometimes it's better to get dumped!

"First wife was a Bridezilla. During the honeymoon she realized she was married and the wedding day was history. She wanted the big wedding, which she had, not the marriage. The next two years were hell until she finally tapped out. I was young and stupid and the thought of divorce never crossed my mind. I don't know why it didn't. I guess I just assumed I'd be miserable the rest of my life. When she told me she was leaving it felt as if the weight of the world was off of my shoulders. On a happy note her parents were still paying off the wedding when we divorced. That's what happens when you allow your daughter everything she wanted....including 2 wedding dresses." 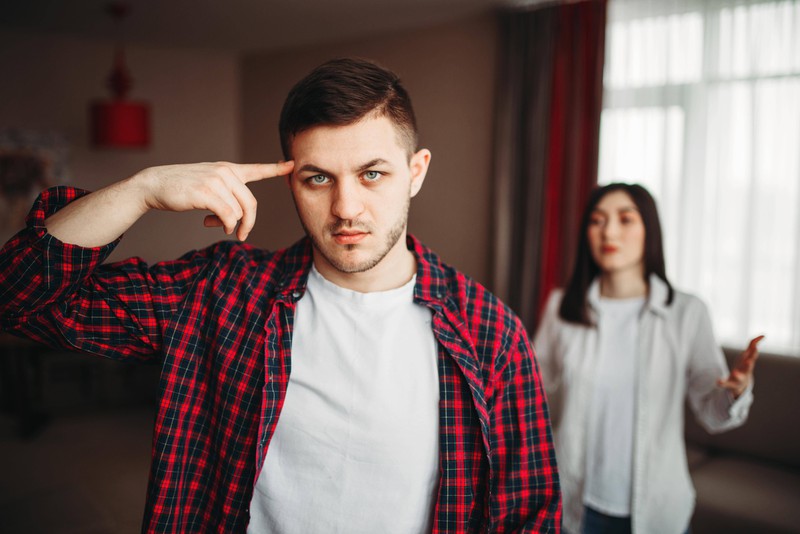 #2 The One Who Showed Her Real Self After the Proposal

"My coworker married a crazy bridezilla. I'll try to just just hit the bulletpoints of what happened leading up to, during, and after the wedding, but it's still a lot.

The moment he proposed she lost interest in being intimate. According to him she also basically stopped acting like the woman he fell in love with and started acting like her real self. Which was really crazy.

A week after he proposed she quit her job because her full-time job was now planning the wedding. The wedding was horrible, I'm getting there.

She had a fight with his mother because the bride demanded the groom's mom pay for half the wedding but get zero input and wasn't allowed to contribute to the guest list, which was 95% the bride's friends and family.

When bride and groom had a spat about the egging, he went to the work the next day and she shaved her head and sent him video of her screaming and sobbing as she buzzed her hair off in the bathroom. I worked with him, he showed me the video when he said he had to leave, and I strongly urged him to have her assessed by a psychiatrist." 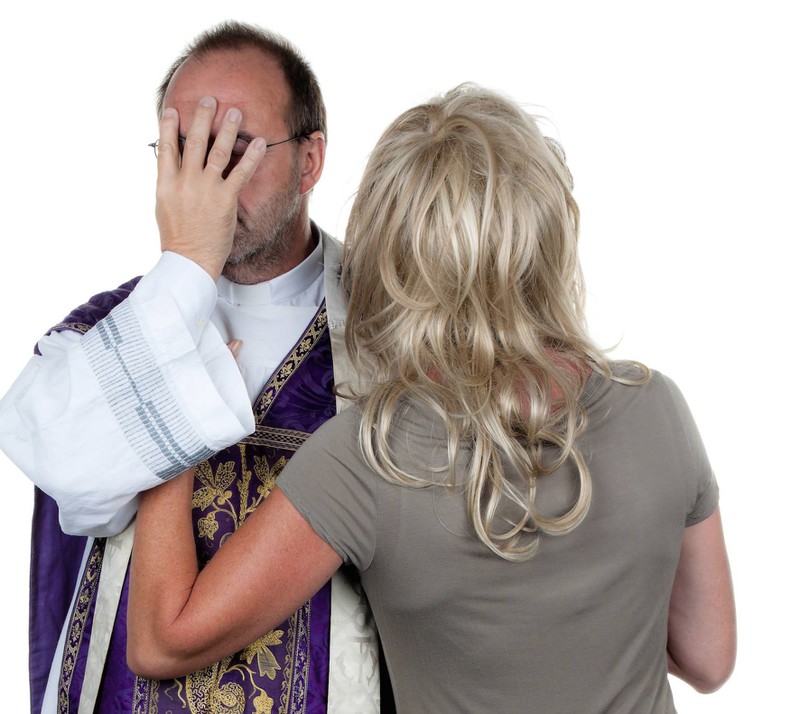 #3 The One Who Cornered the Priest

"I have preformed a few ceremonies that came about because things fell through for whatever reason. Only one of which I had to walk away from. I had received a call from my SIL that one of her friends was supposed to get married and the priest had passed away the week before. They didn't want to change the date and move anything, so they had asked if she knew anyone who could help out. I said sure, when is the wedding? It was supposed to be in an hour. Ok, I was on my way home from work where I had finished up an important meeting (I miss meeting in person) and was reasonably well dressed, so I called home to say I was going to be late. When I arrived, the "happy couple" had looked at me and asked if I had proper priests vestments. ...Um, no, I don't, and if I did, I would probably not be carrying them in my car. The bride had asked if I was able to go buy some and come back. I told her that I wouldn't begin to know where to buy something like that. The groom then told me that if I can't even try, then maybe I should leave. I did. My SIL told me they cornered a priest at the church and told him he had to marry them or they would sue the church for a breech of contract and that it was the moral thing to do.

They divorced 9 months later when her "surprise" baby was a different ethnicity than he was. Didn't help that he had a side piece as well." 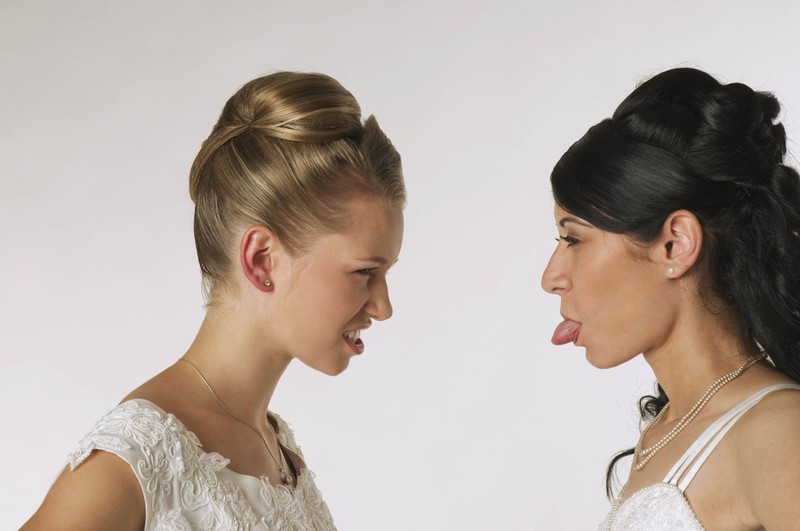 #4 The One With the Furious Mother

"As someone who worked at a women’s formal wear shop in one of the wealthiest suburbs of Dallas, DEAR LORD DO I HAVE STORIES. [...]

More than once we had mothers physically fighting over dresses for their daughters. Including two moms who were sisters and came to blows because their respective daughters ended up wanting the same dress. It was sad because they all came in together for a prom shopping day it ended with them being thrown out and banned from the store." 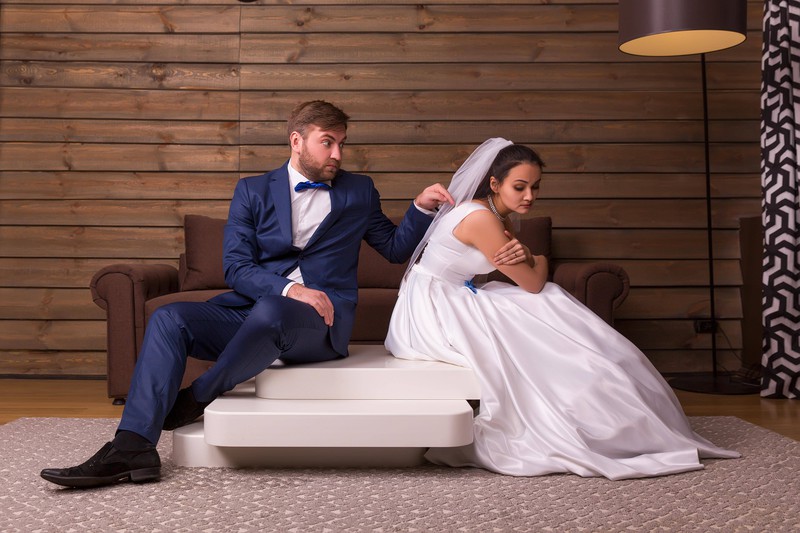 #5 The One Who Ripped Her Husband Off

We had a budget for the wedding and should have had no debt at the end but in the last few weeks before the wedding she suddenly had to spend a ton of money on wedding shit I had never even heard of before. And when I say she spent a ton of money it came out of my pocket." 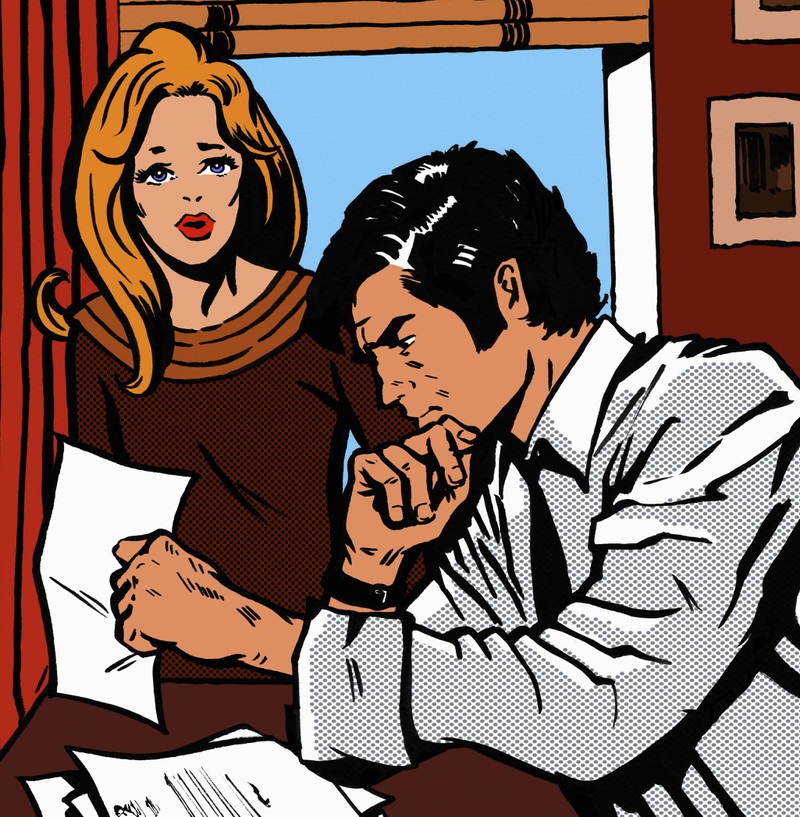 #6 The One Who Squanders Money

"My cousin was married to one. He comes from a very not wealthy area, and has become successful himself after moving out of his hometown. His wife was extremely wealthy, even could say excessively. They married after a year of knowing each other, and boy was it a surprise to hear about the wedding plans. They spent +250K on the wedding, including catering by 5-7 different restaurants. Their food was from different cultures and cooked in front of you (think almost hibachi buffet style). They even had servers in tailed suits and white gloves serving taco bell after midnight once everyone was drunk. Once they got married, she was spending more money than he could make. She was getting mad because he wasn’t making enough, while she wasn’t working and they hadn’t had kids. They got divorced, and she gave him the ultimatum of getting his ring back or keeping the dog. He kept the dog. Her sister, a lawyer, helped her file a restraining order on him and they haven’t spoken since. " 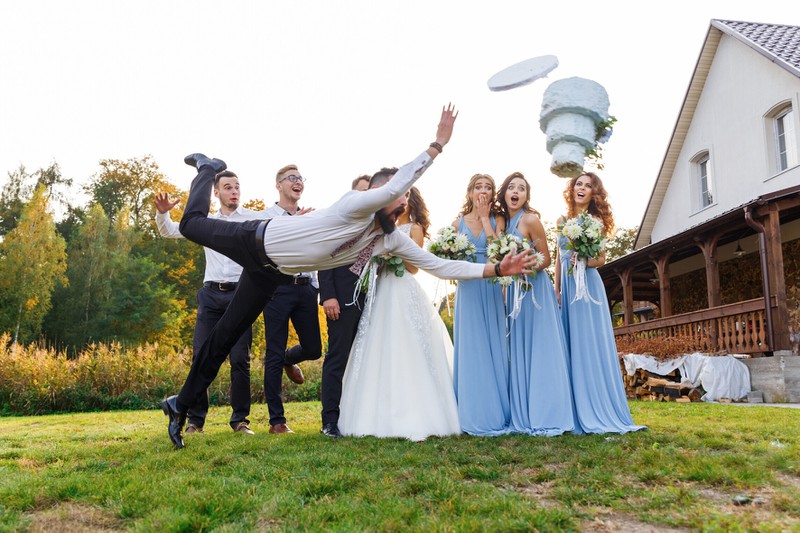 #7 The One Who Spent Money They Didn't Have

"I knew a couple who spent £25,000 on a wedding despite having 3 kids and still living with the bride’s parents. The bride had a very specific vision in mind and didn’t care how much it cost. They divorced a year later when she cheated on him." 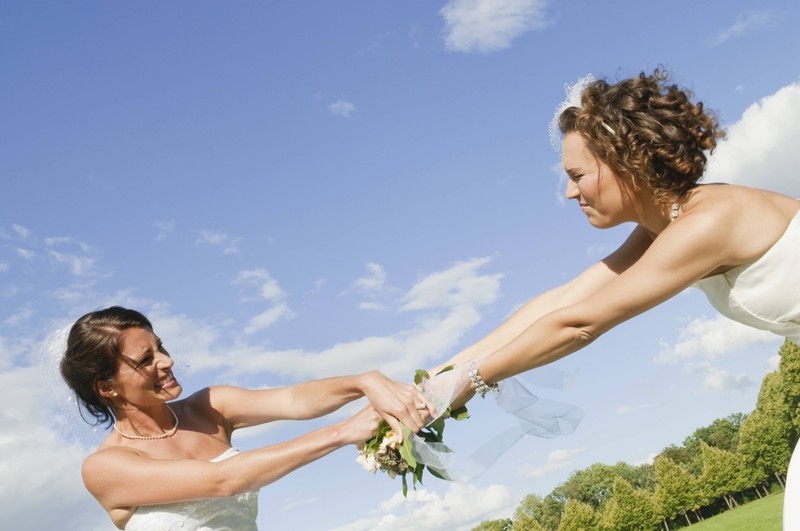 #8 The One With no Manners

"My brother married a bridezilla. She yelled at my mother the day of for asking her where she wanted certain decorations at the reception site (there wasn’t a written plan so my mom had nothing to go off of). Never thanked my parents for financially contributing to the wedding. Accused a bridesmaid of trying to upstage her by getting a spray tan before the wedding. My brother wanted me to be in the wedding party but she told him to his face that I was too pretty to be in the wedding party and all of her bridesmaids had to be less attractive than her. Stole my SIL jacket in the middle of the reception-literally took it off her back- because one of the bridesmaids was cold (it was a night reception in the spring, the girl should’ve brought a jacket). The list goes on. Well they got divorced about a year later because apparently her demanding attitude carried over into the marriage. Needless to say, the rest of my family had a little party when we heard about the divorce." 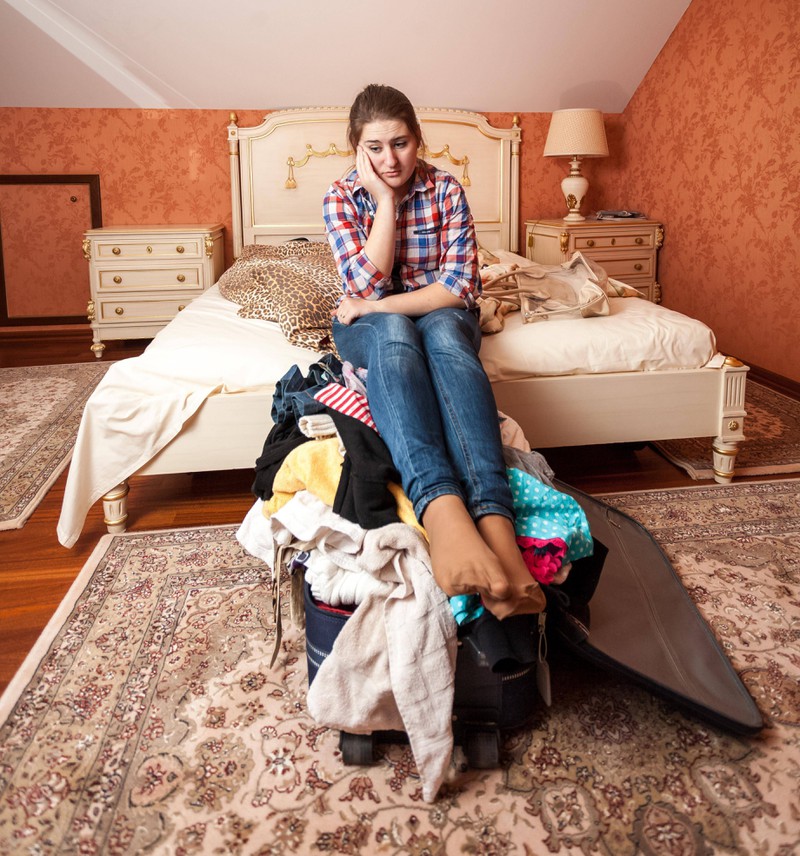 #9 The One Who Didn't Say Goodbye

"Divorce after 2 years, she moved her stuff out while I was at work. I cried and then when I got remarried to someone new, I realized what real love was. Also, my ex shit herself on 5 separate occasions when she was black out drunk because she was an alcoholic. So I don't miss that either." 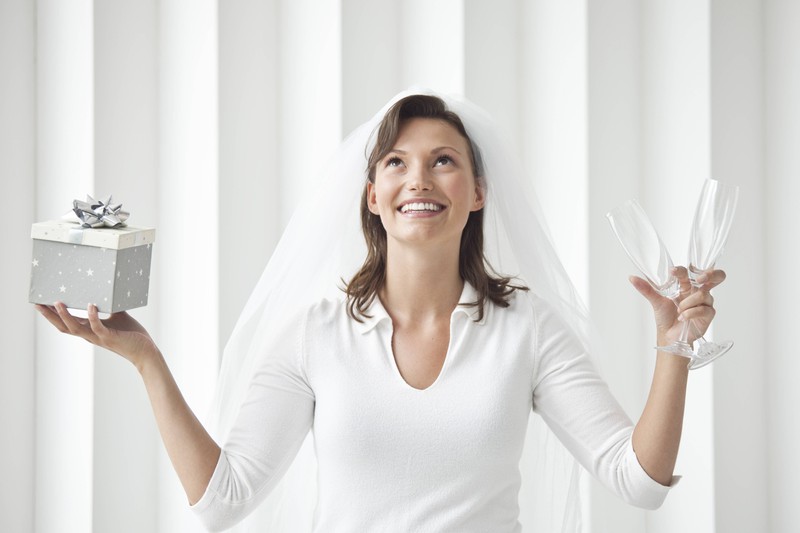 #10 The One Who Only Wanted Her Dream Wedding

"My uncle married this lady who was an insane bridezilla and put him into an enormous amount of debt because she wouldn't settle for any less than her perfect dream wedding. She had the marriage annulled after the fancy honeymoon and said she didn't want to be his wife but she always wanted to have her dream wedding."