Alf, Voldemort and Co: Famous Movie Characters Without Their Mask

Have you ever wondered what Alf, Lord Voldemort and other famous on-screen characters look like without their masks ? Find out her ! 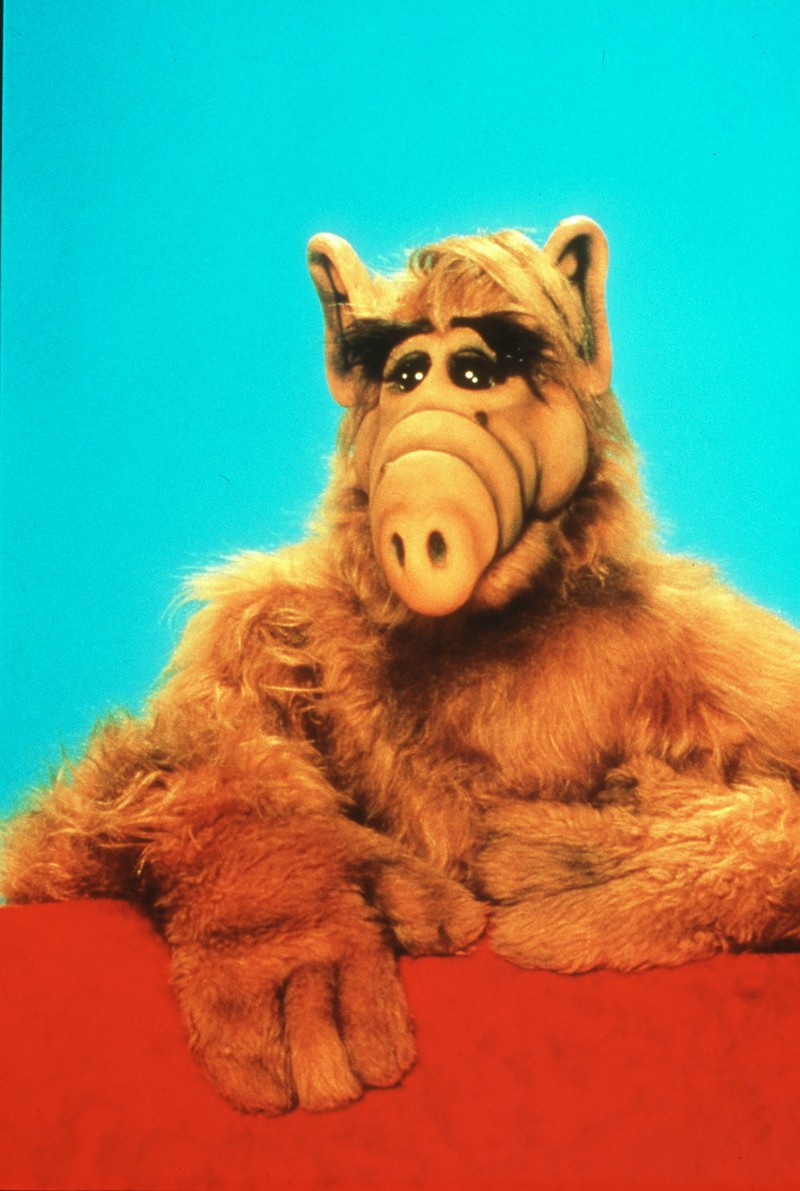 ALF was such a fun character! The alien lived in the Tanner home for a long time and always brought chaos to the home. The cast of the show has changed a lot, but who is behind the Alf costume?

Michu Meszaros was considered the shortest man in the world with a height of 84 cm. He became famous thanks to the sitcom ALF, but he didn't play that role for very long. He only played Alf in the beginning, for all other recordings, a puppet with a built-in mechanism was used, manipulated by puppeteers. However, the actor apparently claimed in public that he was the interpreter of Alf, so the collaboration ended after the first season. Meszaros passed away in June 2017. But on Instagram, he is still celebrated and loved as the actor of ALF. 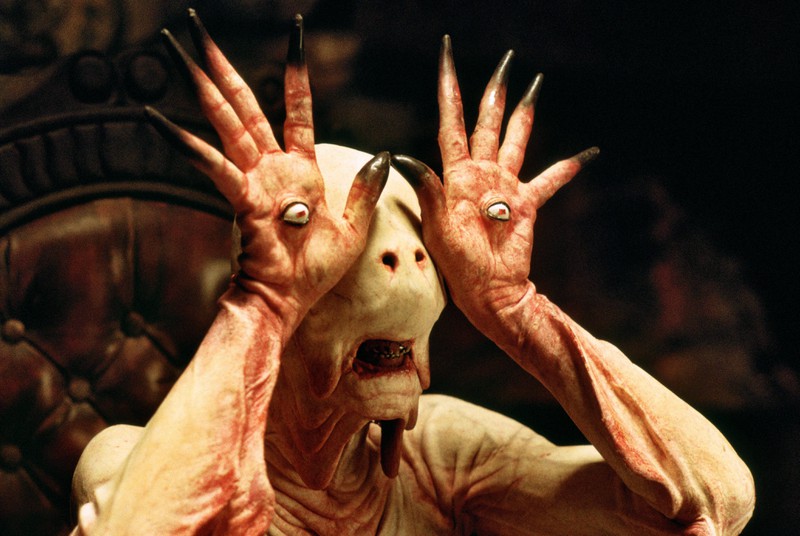 In the movie "Pan's Labyrinth" we see Pale Man and we can undoubtedly say that he is one of the most disturbing characters, but also the most impressive one. Behind this fascinating mask is none other than Doug Jones, who is also a very fascinating and impressive character: 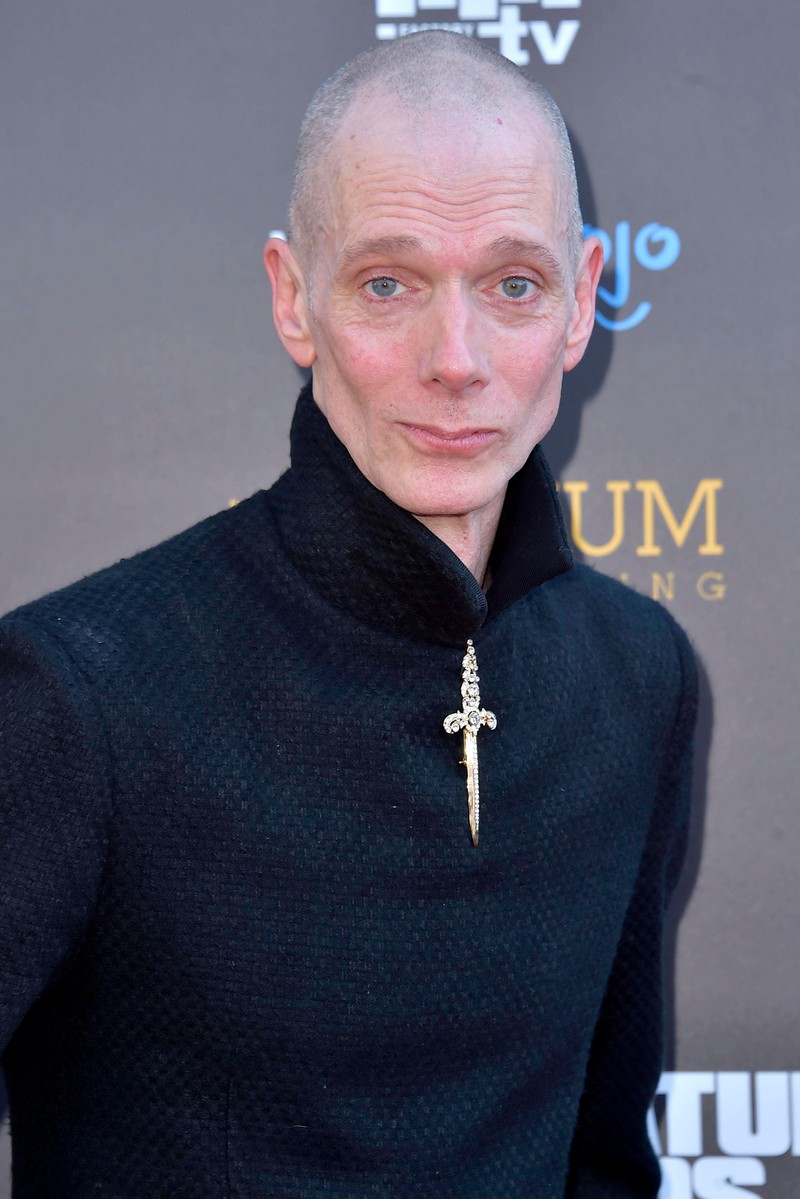 Doug Jones is not only an actor, but also a contortionist. He has the extraordinary talent to make his body move in an unusual way. That's why he is often used for such fantastic roles. He was for example the "Silver Surfer" in the movie "Fantastic Four: Rise of the Silver Surfer" in 2007 and also appeared as "Saru" in "Star Trek: Discovery". 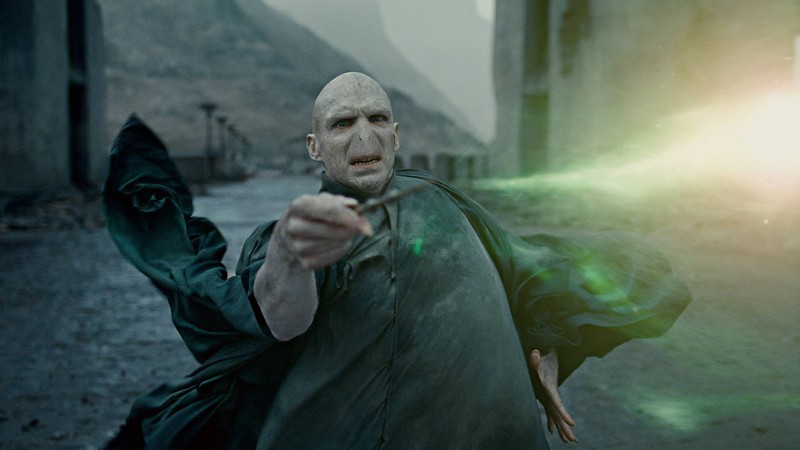 Fans of the "Harry Potter" series know and fear him: the Dark Lord, whose name cannot be mentioned. The films contain many film and logic errors, which J.K. Rowling has partly cleared up herself. But somehow, few people know who is behind the mask of Lord Voldemort.

Find out on the next page! 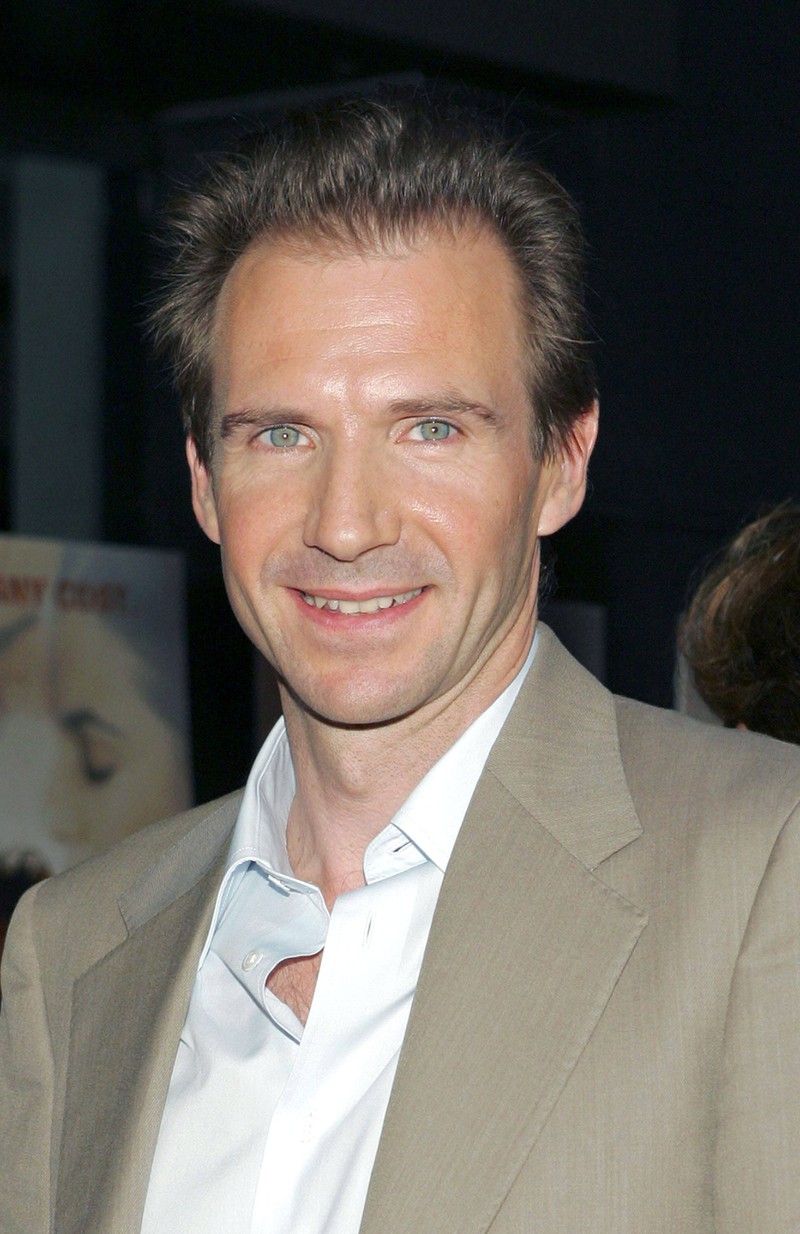 From the fourth part of the series "Hary Potter", Lord Voldemort is played by the actor Ralph Fiennes. In the meantime, the star has had some success, for example, he was seen in the popular film "Schindler's List" and since 2012 he plays the role of "M" in the James Bond films. 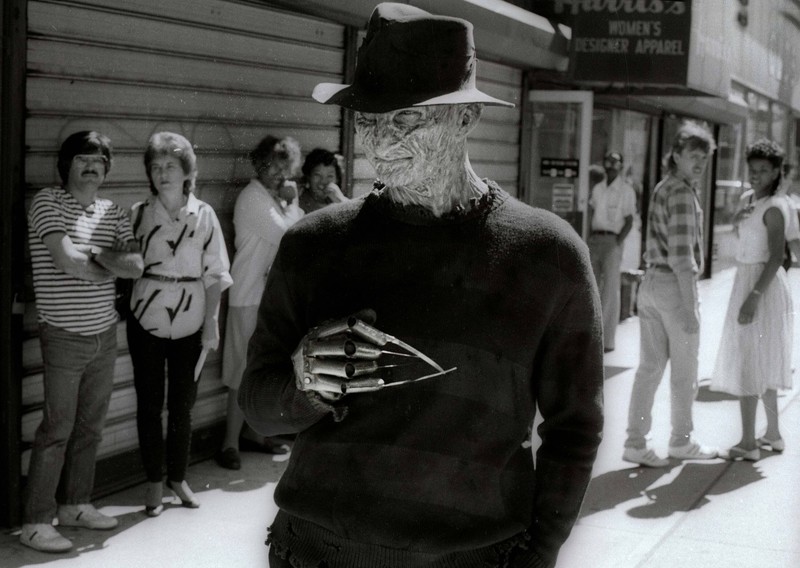 The serial killer from the "Nightmare" film series stalks and kills young people in their dreams. These films are among the most popular horror movies of the 80s and 90s. But without a mask, the actor looks very different, as you can see on the next page. 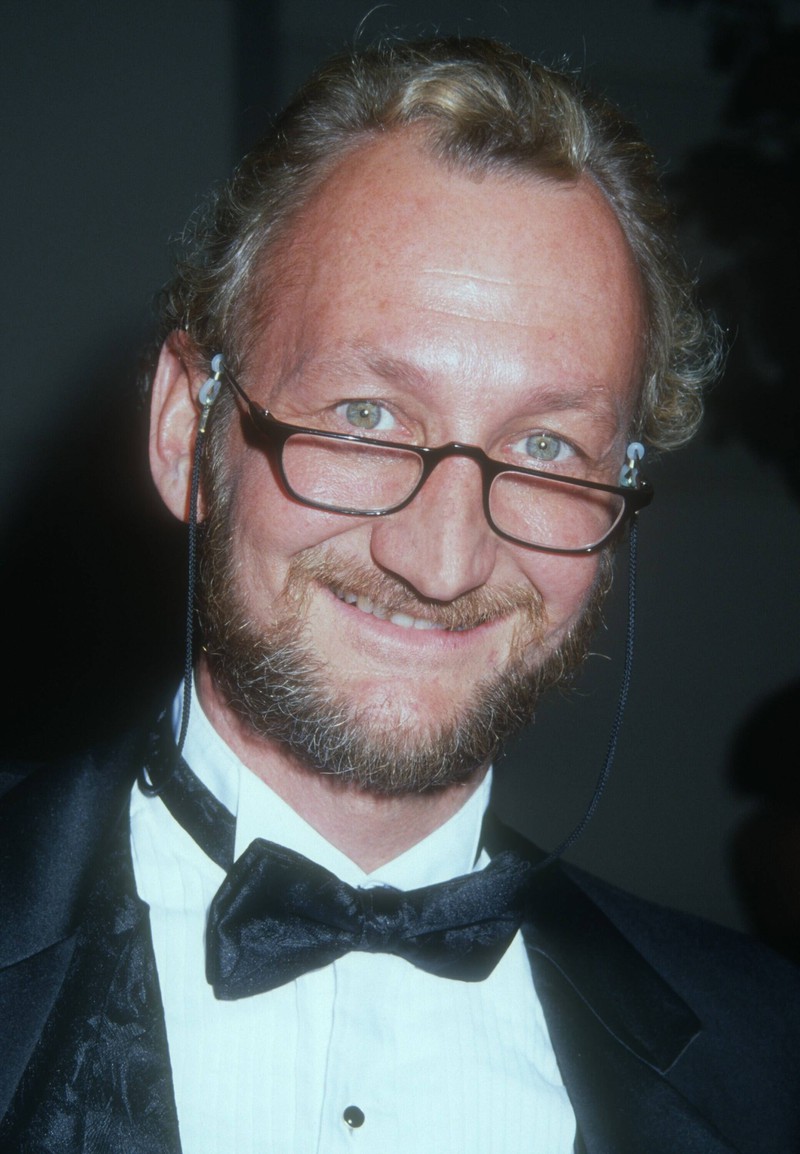 The role of "Freddy Krueger" made Robert Englund famous all over the world. He has made guest appearances in many series and since 1989 has been a director himself. For his role as Freddy Krueger in Parts 3 and 4, he received a Saturn Award nomination for Best Supporting Actor each time, and in 2001 he even received a special Lifetime Achievement Award from the Academy of Science Fiction, Fantasy & Horror Films! 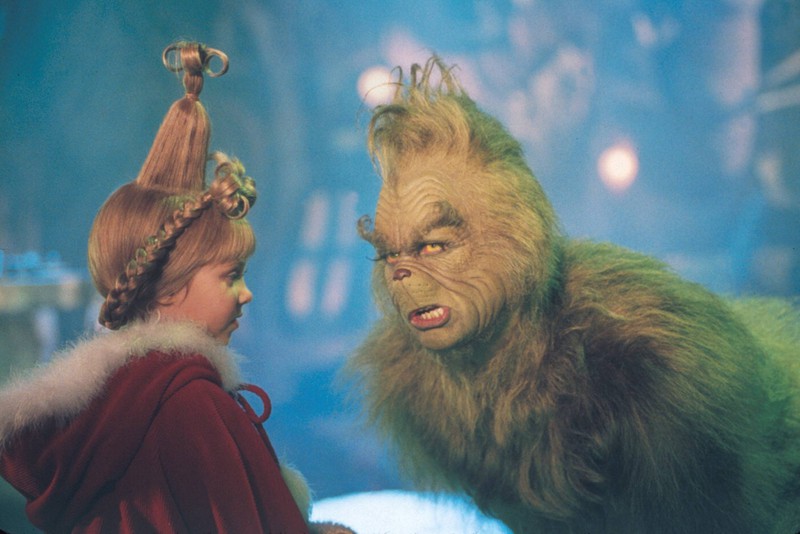 Every year at Christmas time, the Grinch spreads a bad mood, because he simply hates Christmas. He sows terror and tries to spoil the Christmas atmosphere, but fortunately he doesn't succeed!

The role is played by Jim Carrey, who had to spend up to three hours a day in makeup. What does the actor look like without his Grinch mask? 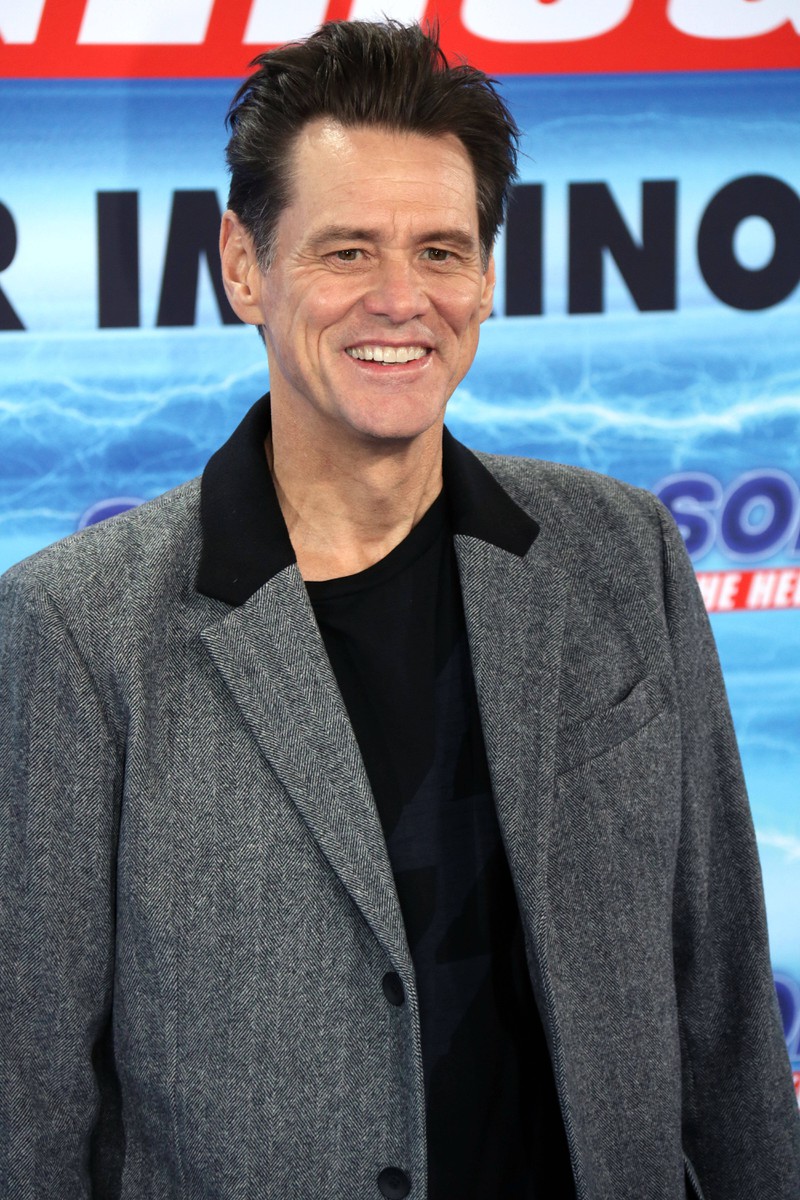 Jim Carrey is not only an actor, but also a successful comedian! The comedy "Ace Ventura - Pet Detective" made him famous in 1994 and he even won a Golden Globe Award for starring in "The Truman Show" in 1998 and "Man on the Moon" in 1999! He also appeared in "Disney's Christmas Story" and "Yes Man". 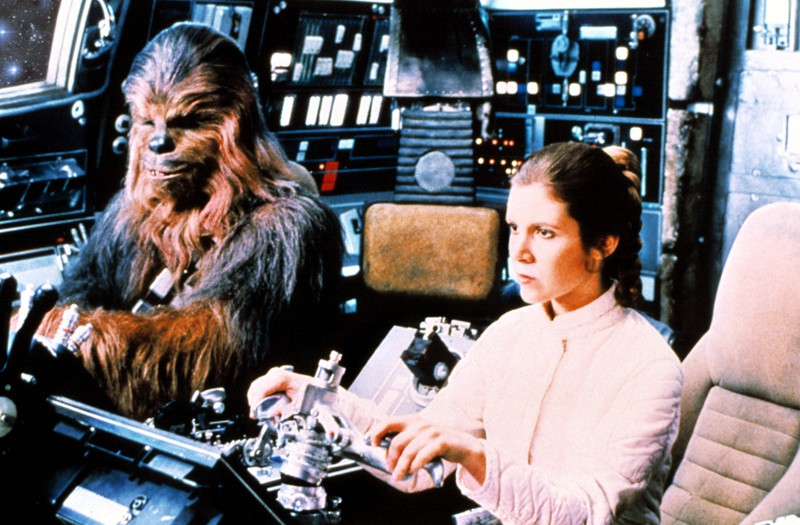 Chewbacca, from the "Star Wars" series, is also a well known character in the history of cinema. The Wookie is simply sweet and totally endearing! Without mask, it is the actor Peter Mayhew, who measures 7'25". In real life, he is probably not as hairy as Chewbacca: 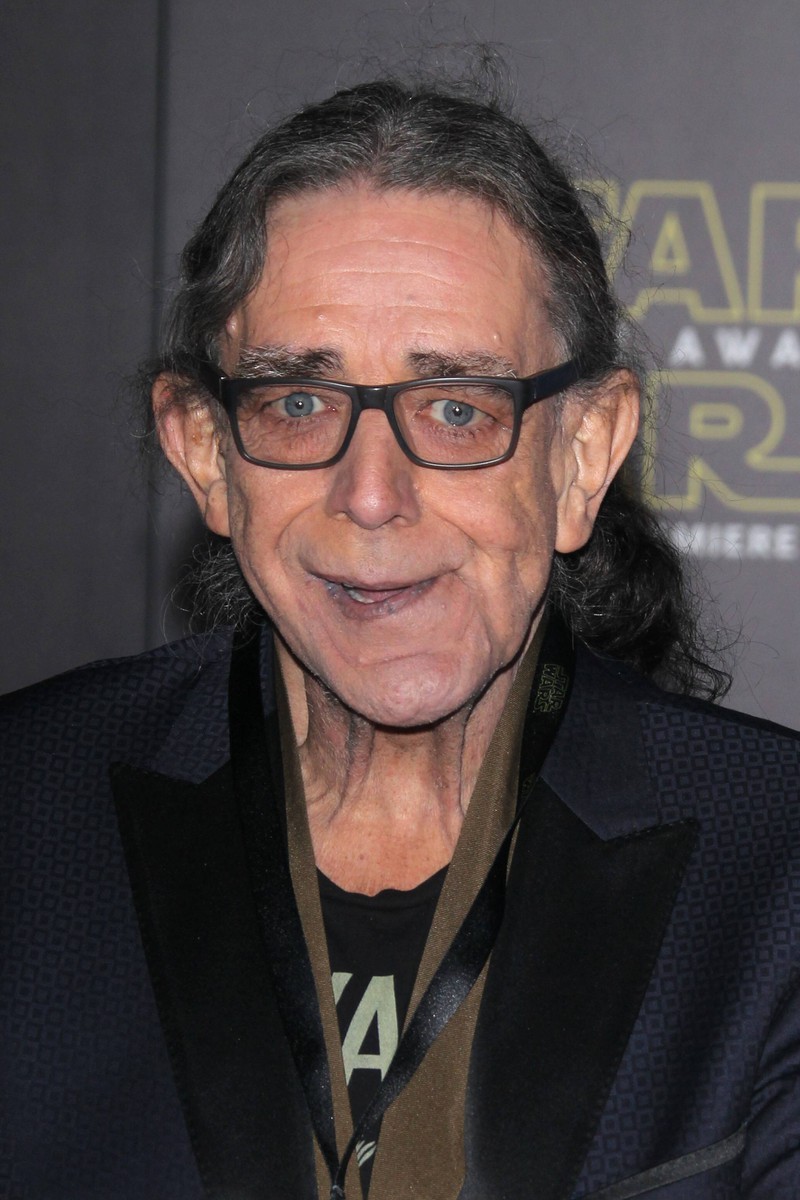 His role in the "Star Wars" movies made the actor famous. The MTV Movie Award even honored his performance as Chewbacca with a Lifetime Achievement Award. Mayhew volunteered and had children with his wife Angie. But on April 30, 2019, he sadly passed away from a heart attack. 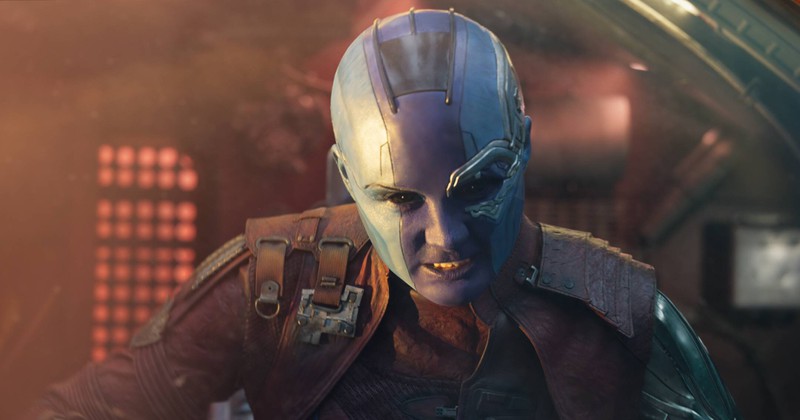 In "Guardians of the Galaxy", she is first the villain Nebula, but then she changes sides and swears to take revenge on Thanos. The interpreter of the role apparently even shaved her hair for that!

Find out who she is on the next page: 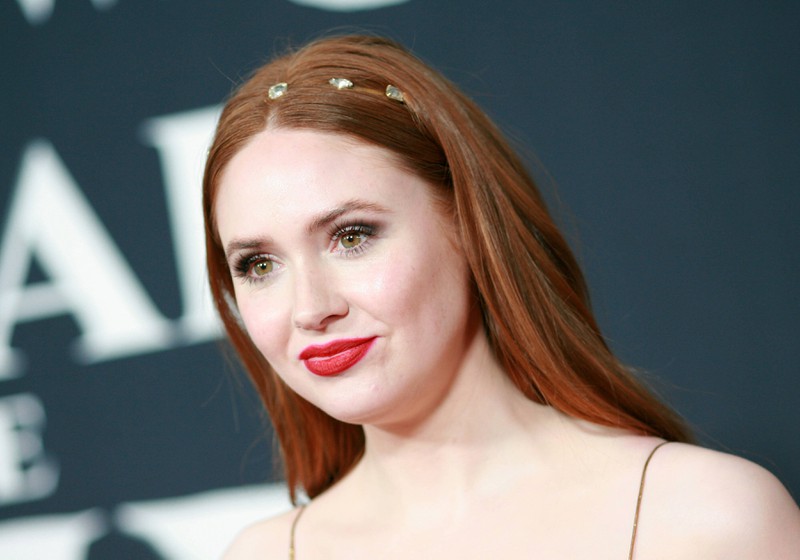 The Scottish actress Karen Gillian was previously a model. She is best known for her role as "Amy Pond" in the popular and well-known series "Doctor Who". In the 2018 film "Avengers: Infinity War" as well as in "Avengers: Engame", she took over the role of Nebula. Meanwhile, she starred in the "Jumanji" movies alongside Dwayne Johnson and Jack Black. 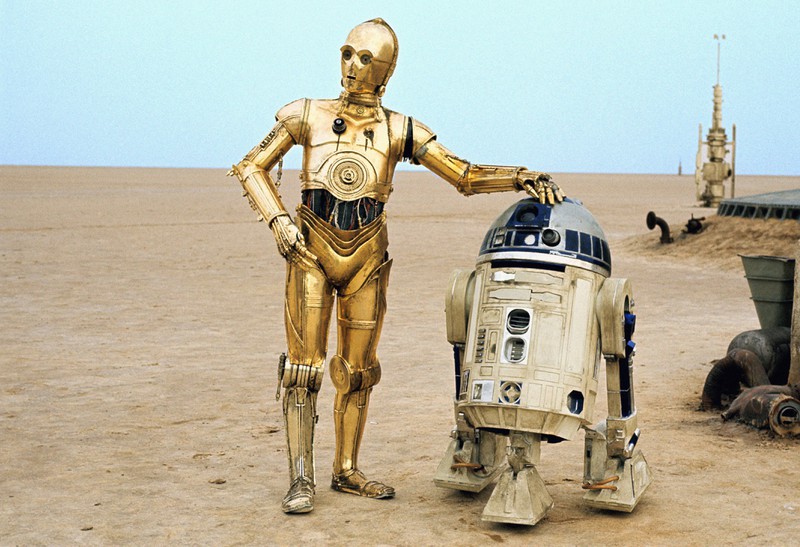 Hard to believe, but true: behind the adorable robot from the "Star Wars" movies is actually a real human being! Behind the mask of the druid is the actor Kenny Baker who, at 3'67", was also perfectly suited to the costume.

But what does he look like in real life and without the mask?

The actor sadly passed away in August 2016 at the age of 81. But fans like astromech_spain still remember the actor and his roles in the "Star Wars" movies. 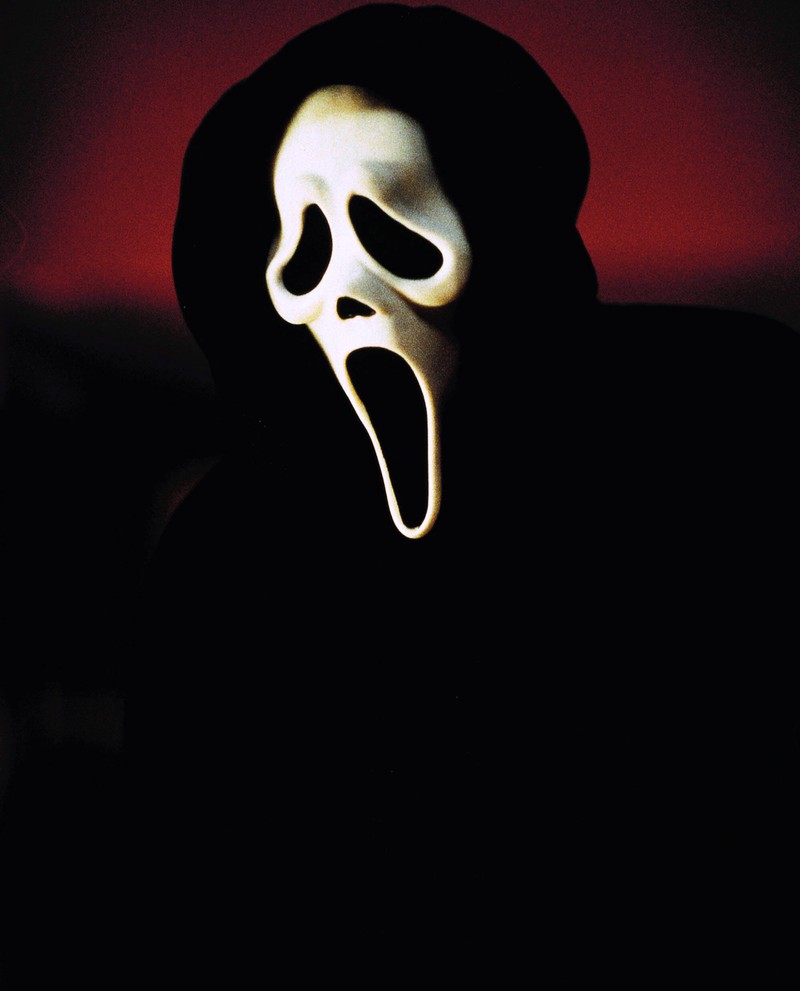 You certainly remember the horror movie "Scream 4", don't you? It was really scary! Especially because of the mask the guy was wearing all the time.

But what does the person behind the mask look like? 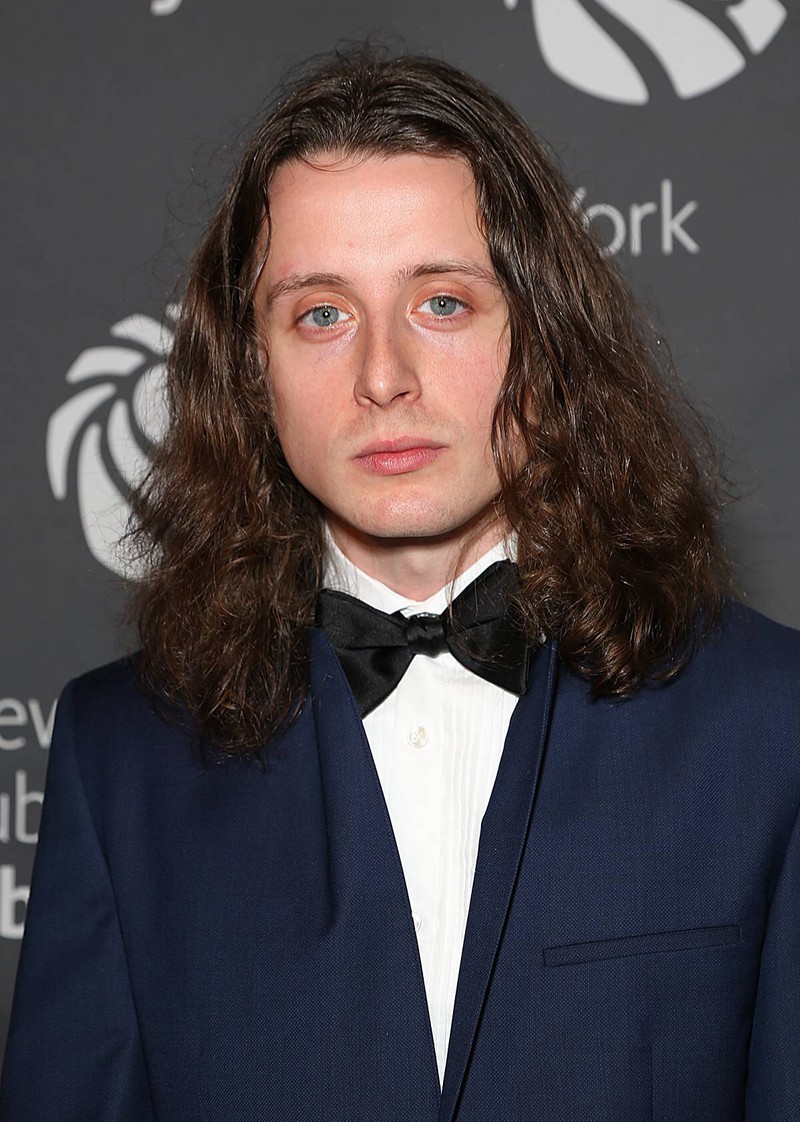 By the way, behind the mask of the horrible character from the horror movie "Scream 4" is Rory Culkin. Wait, isn't that him? The brother of little Kevin (Macaulay Culkin) that we saw in the "Home Alone" movies? Yes, that's right, Rory is the youngest of the seven siblings and he is also an actor, like his brother Macaulay. The stuntman behind the mask is Dane Farwell, by the way, who was responsible for the stunts of Ghostface in most "Scream" movies. 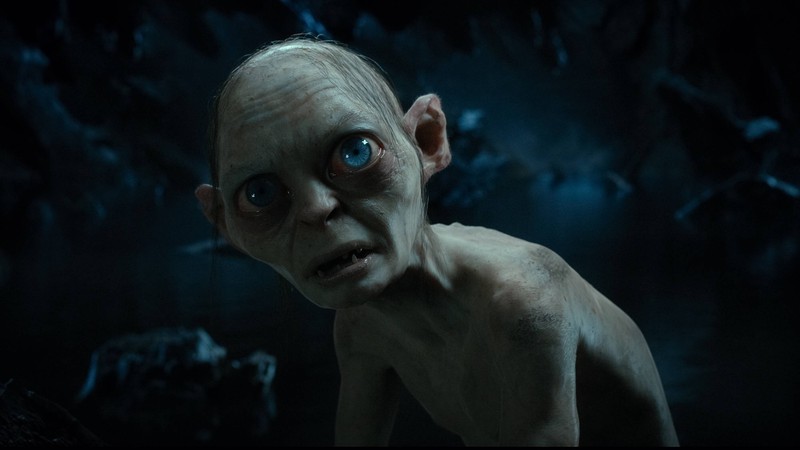 The Character of "Gollum"

Who doesn't know this sad and greedy character from "The Lord of the Rings", who wants nothing more than to get the ring and keep it no matter what the cost. 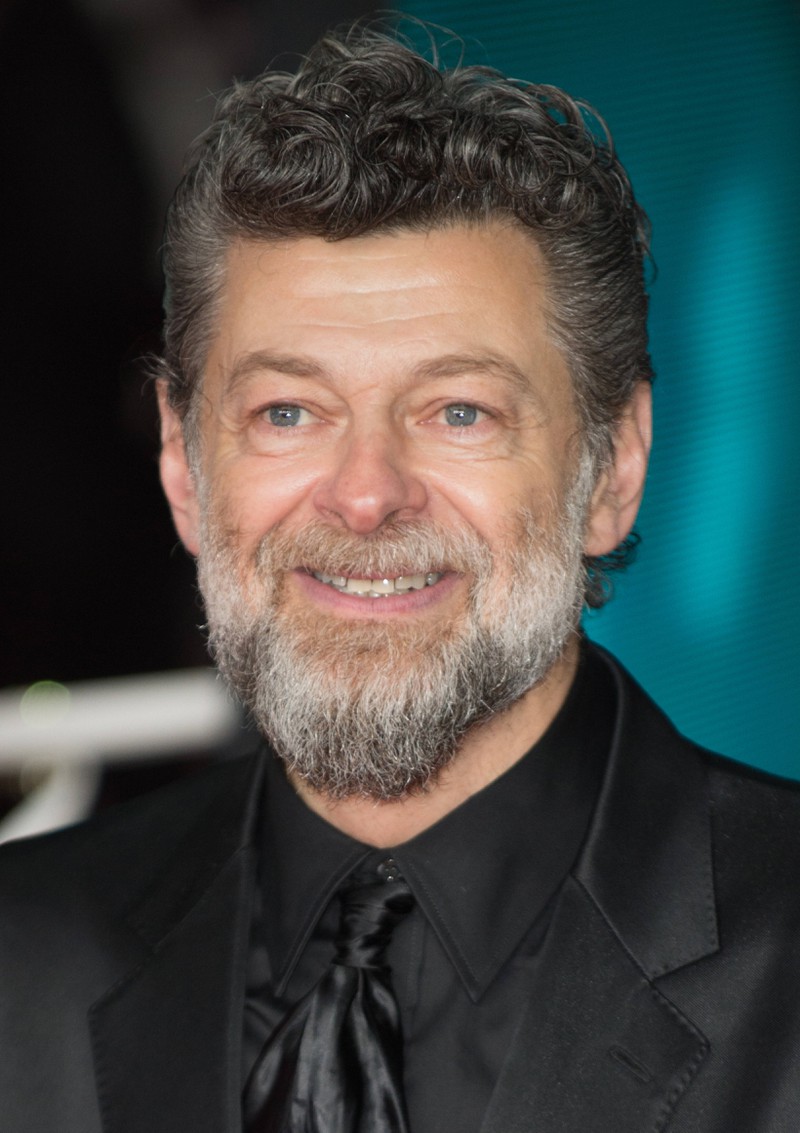 To make the scary character work, Performance Capture was used. Andy Serkis served as a human model and lent his voice to Gollum. Isn't it amazing what such a costume and process can do?