The differences in size and age of these celebrity couples are quite amazing. It's nice when two celebs who seem to be quite different become a couple.

People of the same kind come together or do opposites attract? The world will probably argue about this for a long time to come. With these celeb couples, there's little debate about which saying describes them better, because they could hardly be any more different from one another. At least from the outside. The following stars fell in love with each other despite – or maybe because – they are so different. If you look at their size and age, for example, you will notice major differences!

Let's start with the size:

They are rightfully at the top of our list because there is a height difference of 49 cm between actor Björnsson and his wife. That's half a meter! She's 1.57 meters tall and the "GoT" star is 2.06 meters tall.

Our next couple also follows this example:

On January 13, the sad news reached us that the couple has split.

The next celeb is also only 1.57m tall. Do you have any idea who that might be?

Yes, the Olsen sister is only 1.57 m tall, but her ex-husband Olivier Sarkozy, who is also the younger brother of former French president Nicolas Sarkozy, is 1.91 m tall! There is not only a huge difference in height but also in age between this former couple: Mary-Kate is 17 years younger than Olivier.

Let's move on to our last couple that has a major difference in height:

The difference of 29 cm seems relatively normal compared to the previous couples. With a height of 1.90 m, Chris Hemsworth is tall, but not excessively so, and his wife is also almost average with 1.61 m - but he is rather above and she is just below average.

Once again, our list starts with the biggest difference. There is a whopping 34 years between actor Richard Gere and his wife. Richard Gere is already over 70 years old.

The next celebrity relationship can easily follow this example.

There is a 31-year age gap between the two actresses. The star of "Two and a Half Men", Holland Taylor, is now approaching 80 years.

The model is 20 years younger than her boyfriend actor Jason Statham. The two have been engaged since 2016 and had a son in 2017.

The two famous actors have an age difference of 21 years. They have been a happy couple since 2018 and while the difference doesn't seem to bother them, the two keep getting criticized for it.

Most people probably know that there are a few years between the model and the guitarist of the German band Tokio Hotel. But how important is the age difference? 16 years separate this couple.

The fact that there are 11 years between these two Hollywood stars probably surprises some people. From the outside, they may not look like a mismatched couple and the two kings of prankery probably have a pretty similar character, but more than a decade still separates them.

Both have played famous vampires who never age. But there is exactly 10 years of age difference between "Twilight" star Nikki Reed and "The Vampire Diaries" star Ian Somerhalder.

Do you know any other celebrity couples who are that different?

The Reality-TV celebrity Kourtney Kardashian and the Blink-182 drummer Travis Barker are similiar in age as they are only three years apart. Nevertheless Travis Barker with his 1,75 m (5'7) is much taller than his wife who's only a height of 1,55 m (5'1).

Kourtney Kardashian and Blink-182 drummer Travis Barker tied the knot for the third time in Portofino, Italy. The two announced their relationship in February 2021 and then got engaged in October 2021, after which they were unofficially married in Las Vegas in April. In a small circle, the two were then officially married in Santa Barbara and now had their church wedding as a finale. On the day of the wedding, Kourtney Kardashian posted a picture in a black Dolce & Gabbana dress, which she wore to a pre-wedding reception where the couple received a special blessing. Appropriately, she commented on her picture with the words: "Here comes the …"

But the wedding dress looked a little different:

For the actual ceremony, however, Kourtney Kardashian was presented herself all in white. The corset-style mini dress with the floor-length veil, which bears the image of the Virgin Mary, shows the bride in a classically ceremonial manner. Travis Barker also looks his part in his black suit. So it's not surprising how fantastically beautiful the photo of the wedding ceremony turned out, at which the whole family and relatives of the couple were present. When it comes to romance, it's no surprise that Kourtney captioned the picture "happily ever after".

#13 Will Smith and Jada Pinkett Smith

While actors Will Smith and Jada Pinkett Smith are roughly the same age (he was born in 1968, Jada was born in 1971), the couple has quite a remarkable height difference. Will Smith towers over his wife by 36 centimeters (approximately 14 inches). Pinkett Smith is only 1,52 m tall (5"), her husband measures 1,88 m (6"2).

At the recent Academy Awards ceremony, Will Smith defended his wife after an inappropriate joke:

During his speech at the Oscars, comedian Chris Rock made an inappropriate joke about Jada Pinkett Smith's baldness. Saying “Jada, I love ya. G.I. Jane 2, can't wait to see it“, alluding to Demi Moore's shaved head in G.I. Jane. Smith had been open about her struggles with hair loss due to alopecia and was clearly upset by the joke. As you can see in the video, Will Smith seems to realize how hurt his wife was and then went up on stage and struck Rock in the face. Back at his seat, he angrily yelled: “Leave my wife's name out of your f***ing mouth!“

Later, during his acceptance speech for winning Best Actor for his role in King Richard, he apologized to the Academy and the other nominees, but he explicitly didn't mention Chris Rock.

In a recently released video, we get to see a perspective on the event that had been missing until now. How did Jada Pinkett Smith react to her husband slapping comedian Chris Rock? The video by actor Michael Rapaport shows that Jada seems to be laughing. But is she laughing at Rock's comment that "Will Smith just slapped the sh*t out of me" or at the slap itself? Perhaps she thought, as did many viewers, that the punch was planned. But when Will warns the comedian not to say his wife's name again, she seems similarly surprised and confused as the rest of the audience. In the end, only she herself knows what she felt.

By now, Will Smith has resigned from the Academy and is facing the consequences of his action at the Oscars. Two of his upcoming projects, the Netflix production Fast and Loose and Bad Boys 4 are on hold for now. His reputation as a "nice guy" has taken a major hit due to his violent outburst at the 2022 Oscars. 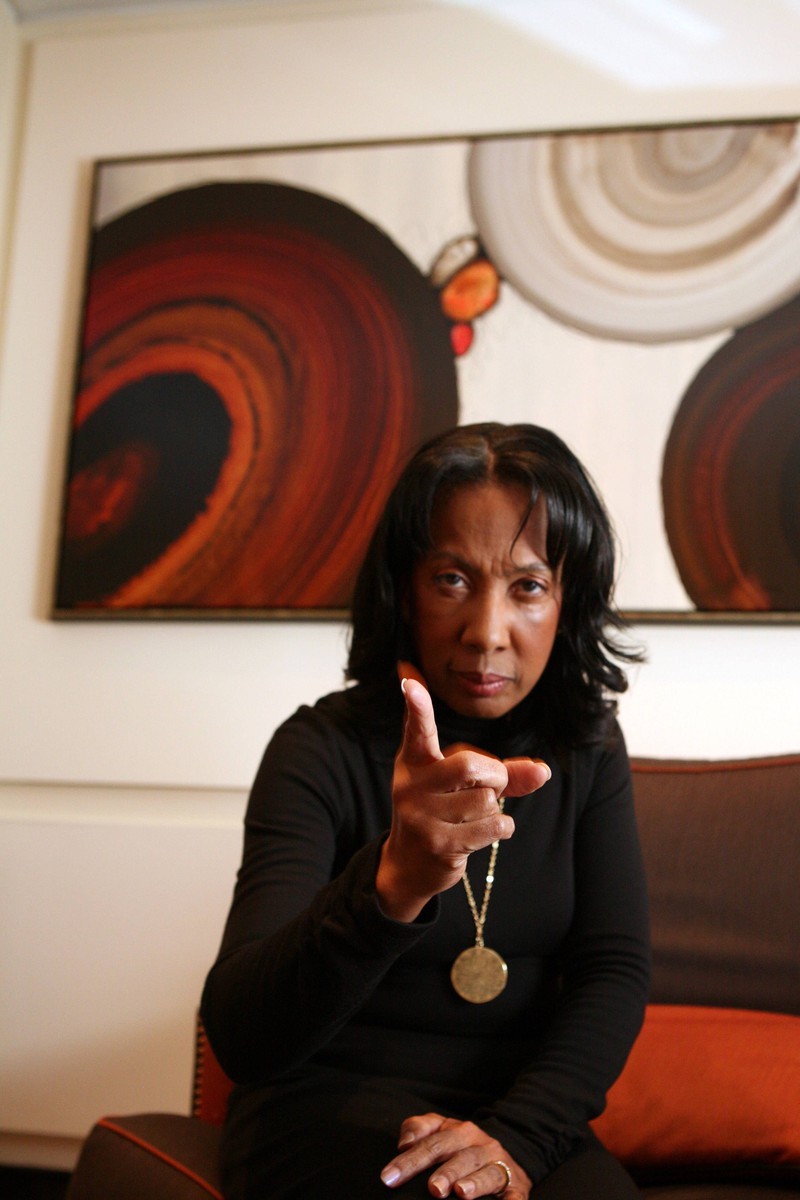 If you still can't believe what happened at the 94th Academy Awards, you're not alone. Now, Chris Rock's mother Rose, who is a family and youth advocator among others, has commented on what happened on stage on March 28, 2022. In a recent interview with WIS News, she said that “when [Will Smith] slapped Chris, he slapped all of us [...] he really slapped me.” She further emphasized that her son was looking forward to presenting Questlove with his Academy Award, yet “[n]o one even heard his speech. No one was able to just be in the moment because everyone was sitting there like, ‘what just happened?’” She continues by saying “I feel really bad that he never apologized [...] I mean his people wrote up a piece saying I apologize to Chris Rock, but you see something like that is personal, you reach out.”