Are you ready for a round of "OMG why did they do that?!" – ready or not, here are 10 photos of terrible decisions people immediately regretted! 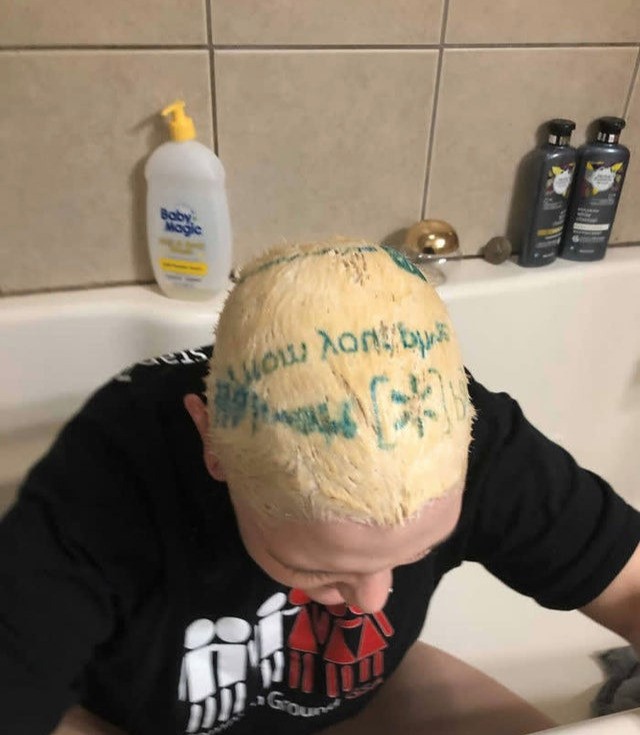 We all make terrible decisions every once in a while, it's only human. Sometimes, however, the choices we make fail so enormously, that regret instantly sets in. We feel for these 10 poor souls!

#1 Dye Your Hair Blonde, They Said

Whoever says that they've never tried dying their own or their friend's hair at home before is clearly lying. Slap on that hair dye, wrap a plastic bag around your bleached hair and joyfully anticipate the desired result. The only problem is that the result always turns out very different from what we expected. At least the writing of the bag didn't come off during our hair experiments. Reddit user noondo_-nibba wasn't so lucky. 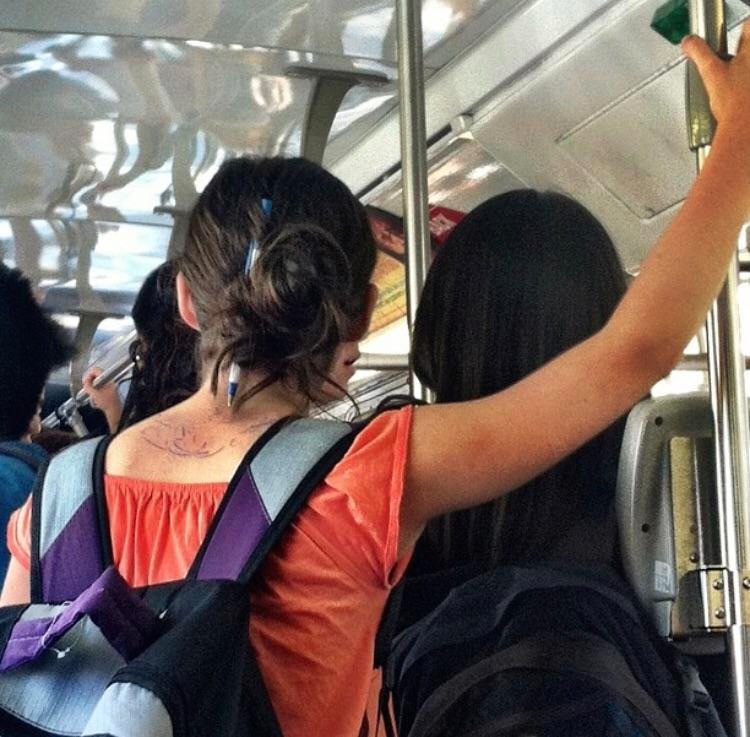 Bad day? This person definitely has a worse one. If she likes the feeling of a pen tickling her neck, maybe use a sharpie without its lid next time! At least, as Reddit user pieCharmed observes, her shirt stays clean! We're willing to accept this as a small victory. 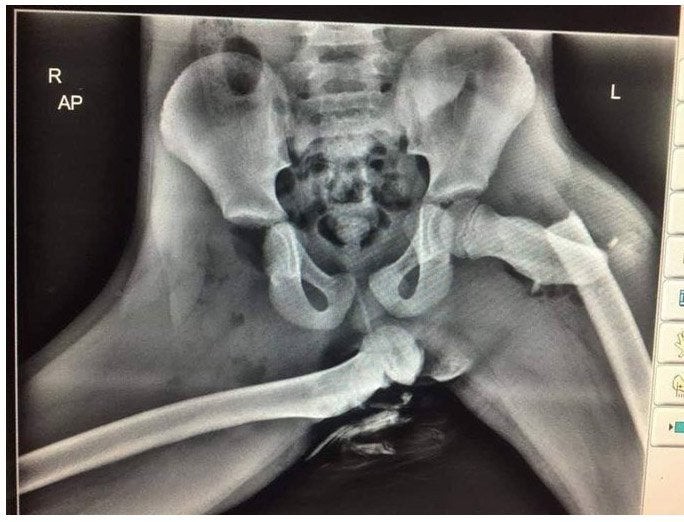 What could go wrong if you rest your legs on the dashboard of your ride's car and you have an accident? This can happen. Looking at this X-ray is so painful. 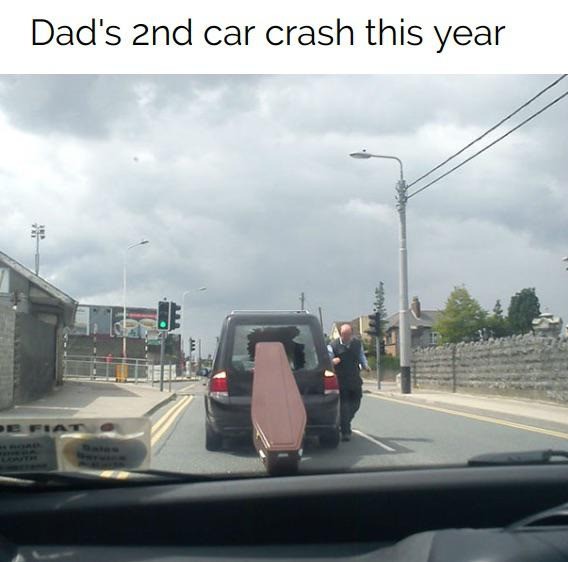 When you forget to fixate the coffin, this is what can happen...tragically. It's impressive that this person didn't lose their sense of humor and morbidly jokes: "Dad's second car crash this year." Respect? 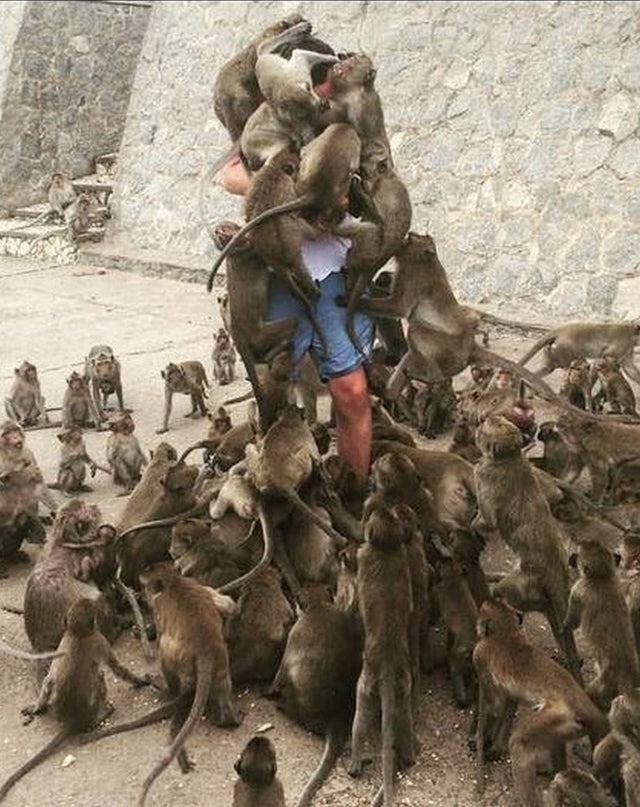 #5 I Regret Having Tried to be Nice

You want to be nice for once and share your sandwich with one monkey, I repeat, one monkey, but all of a sudden you're nowhere to be seen because a troop now wants your sandwich. What could go wrong? 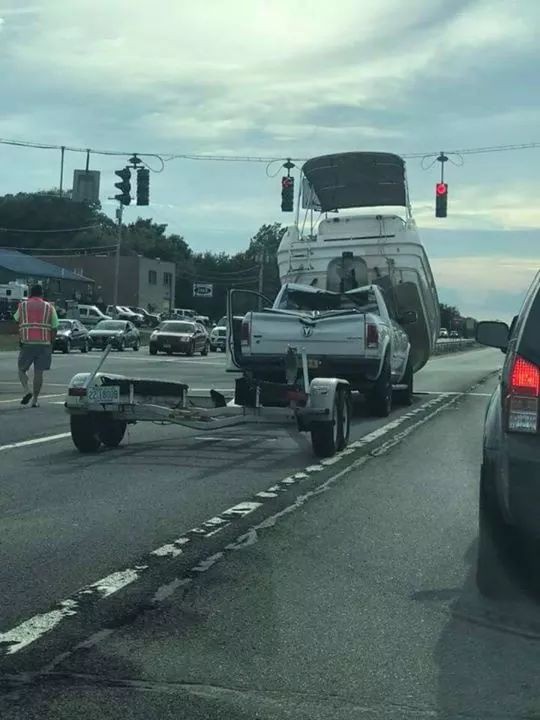 #6 What Could Possibly go Wrong if...

...I don't strap down the boat? Hm, good question. Maybe this person has an answer for us! We hope the occupants weren't harmed! 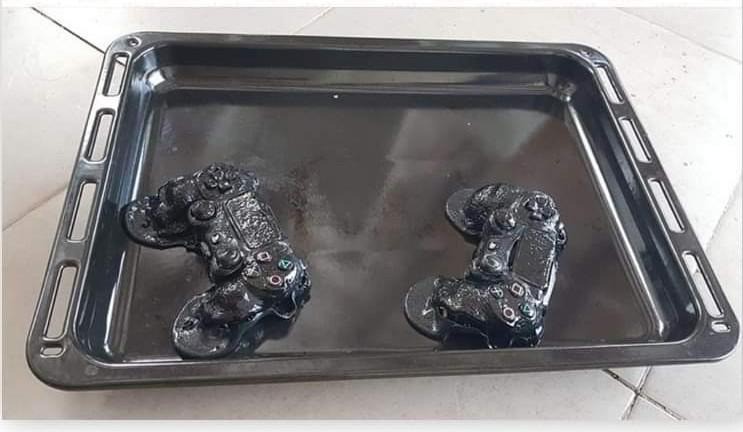 This Reddit user thought it might be funny to hide the kids' game controllers. Could be funny, but maybe don't pick the oven as a hiding spot. You might just forget that you put them there and turn on the oven – especially if you don't remove the baking sheet before preheating the oven! Who does that anyway? Might be a reason to dump someone... 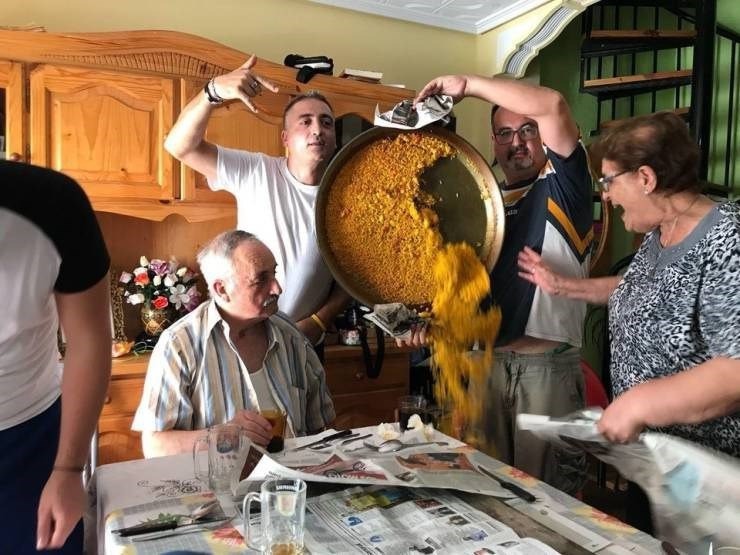 #8 The Saddest Photo on Earth

Paella is a wonderful dish. That's probably what the poor souls in this picture were thinking, too! The photo itself is a masterpiece, despite its tragic content. Mama can't believe what's happening, Papa hasn't yet realized what's happening and the dude in the left-hand corner is like "yeah, rock on, man." *Chef's kiss* 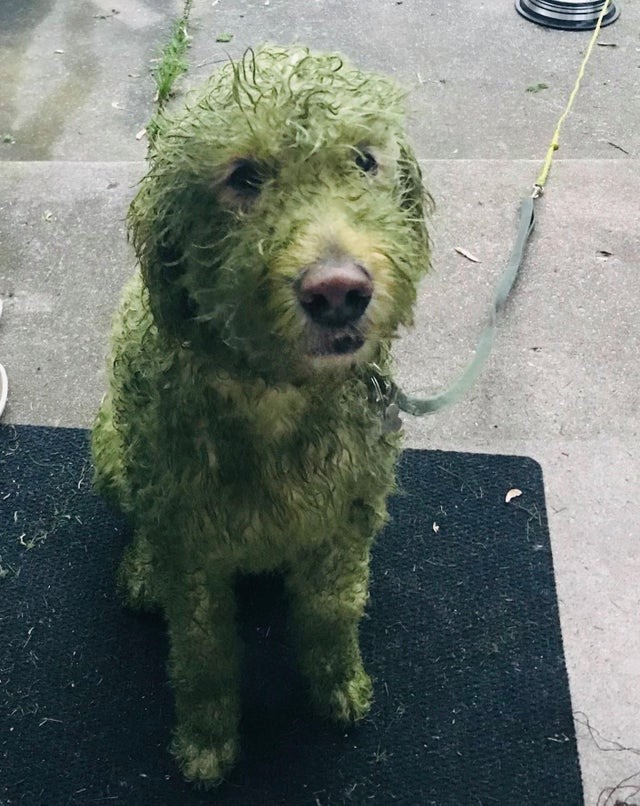 #9 When You Feel Guilty About Turning Your Dog Into a Goblin.

Remember: When you've just mowed the lawn, don't let your dog in the garden for a bit. Why not? Because it will wallow in the freshly-cut grass and turn into the most adorable, but nevertheless very green goblin. 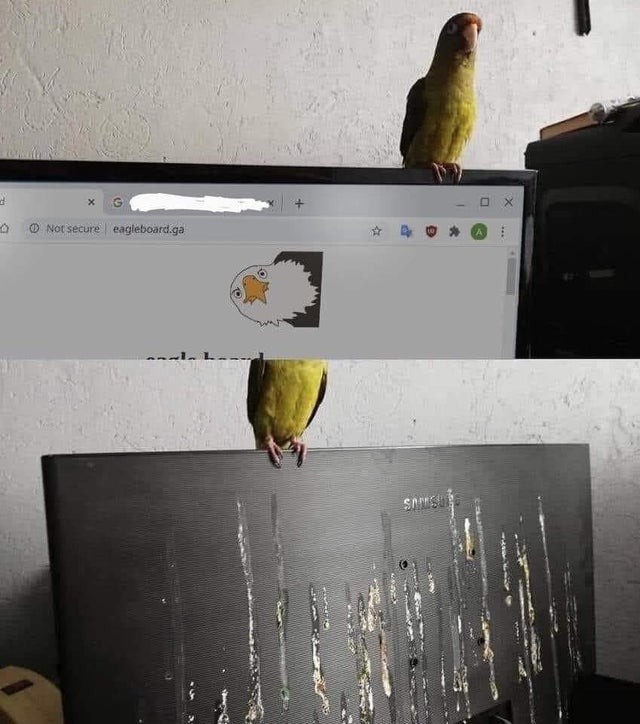 ...and don't consider that birds too need to do their business somewhere.