„Titanic“: 13 Fascinating Facts You Didn't Know About The Movie

Titanic is one of the most popular and most spectacular movies, but only few people have heard about the fascinating facts surrounding the legendary film 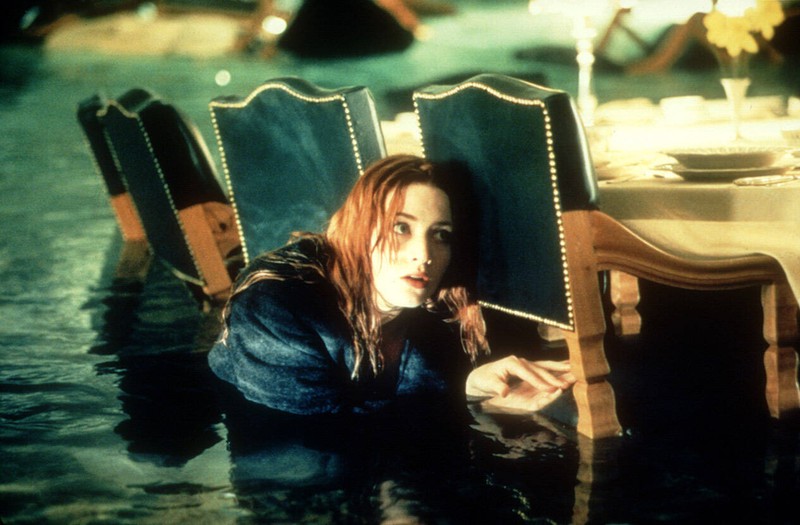 "Titanic" is an absolutely epic masterpiece of modern cinema and we can't imagine the 90s without this legendary movie. Even if you can detect the tiniest inaccuracies in the movie, we love it with all of our heart. Especially Kate Winslet and Leonardo DiCaprio convinced us that true love does in fact exist. But when it comes to the film shooting, there are a few fascinating – sometimes strange – things that happened. Of course, we don't want to withhold those curious facts from you!

While filming "Titanic", the cast had to spend prolonged amounts of time in a large water tank, which was filled with sea water from the Pacific. Let's just say it was pretty darn cold. To protect the actors, they were provided with wetsuits – but Kate Winslet refused to wear one!

This fact leads us to the next interesting detail: 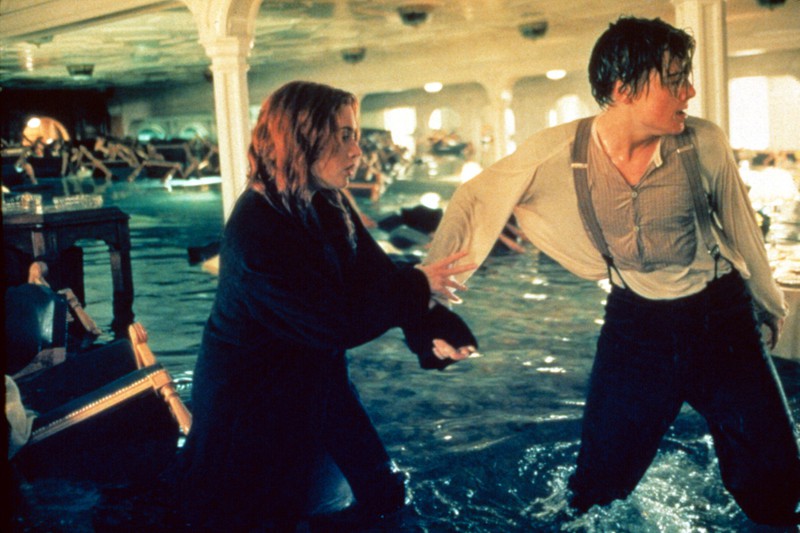 Winslet got Hypothermia While Filming "Titanic"

Since she didn't heed the film production's advice to wear a wetsuit, Winslet got hypothermia from the freezing water in the water tank. Her intentions were noble: her objective was to play the role as authentically as possible. Looking back at the legendary door scene, Kate must have been freezing! 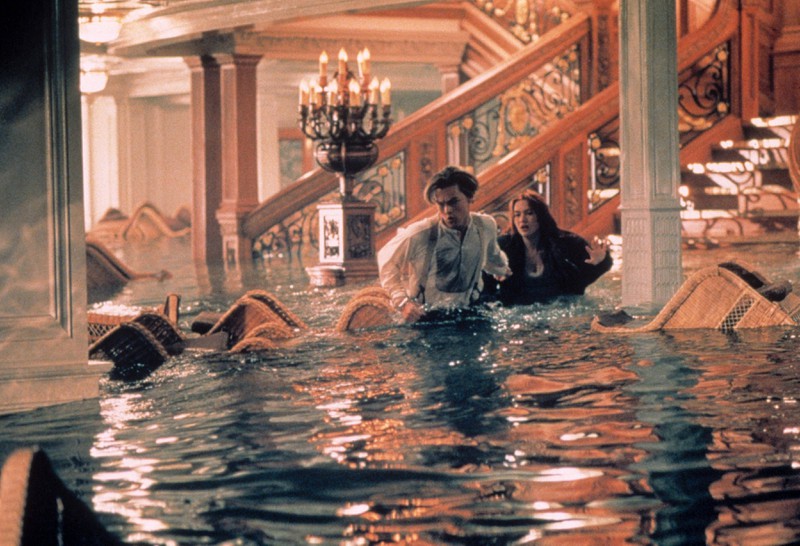 As we've already mentioned, the cast spent a lot of time in ice-cold water. But do not worry, they were able to get some warmth on set! In fact, the production team installed several whirlpools, so the actors were able to keep warm in between scenes and after scenes in the water tank. 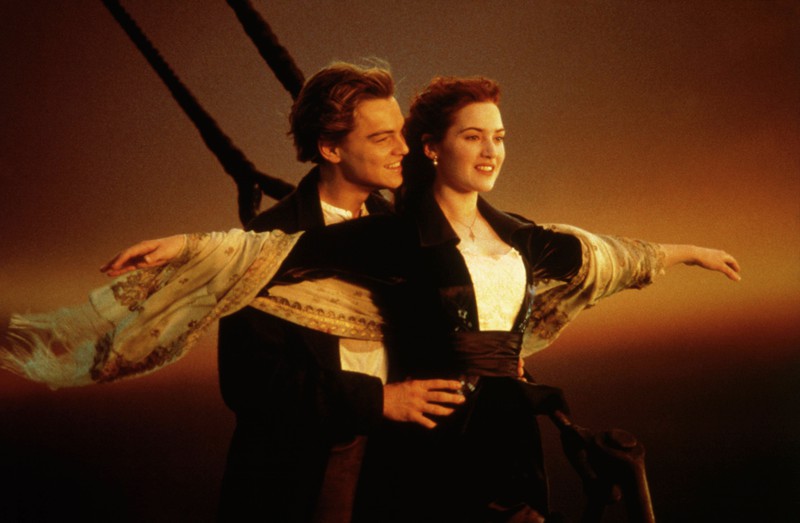 Apparently, Winslet even begged director James Cameron to give her the role of Rose. Maybe she already anticipated how spectacular the movie would turn out to be. Her pleading paid off – she didn't even have to audition for the role, her persistence was all it took. 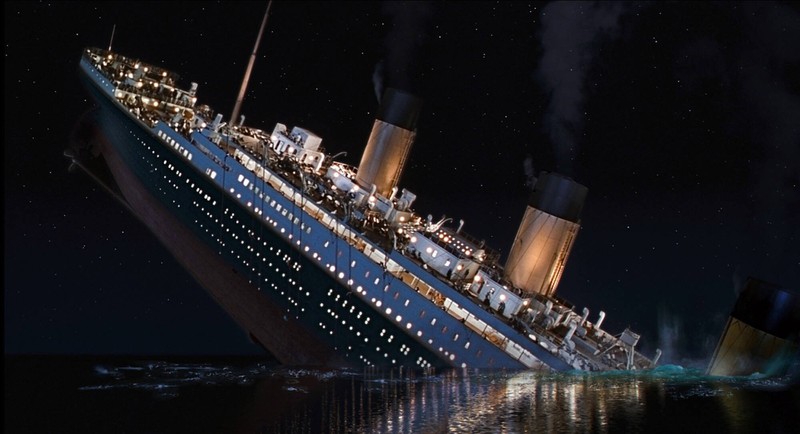 One of the reasons the movie is such a masterpiece is its approach to time. Cameron stayed true to the actual timeline of the sinking of the Titanic. The sinking of the passenger liner took two hours and 40 minutes – the exact running time of the movie. Even the collision with the iceberg takes 37 seconds in the movie which is precisely how long it took when the real Titanic struck the iceberg. 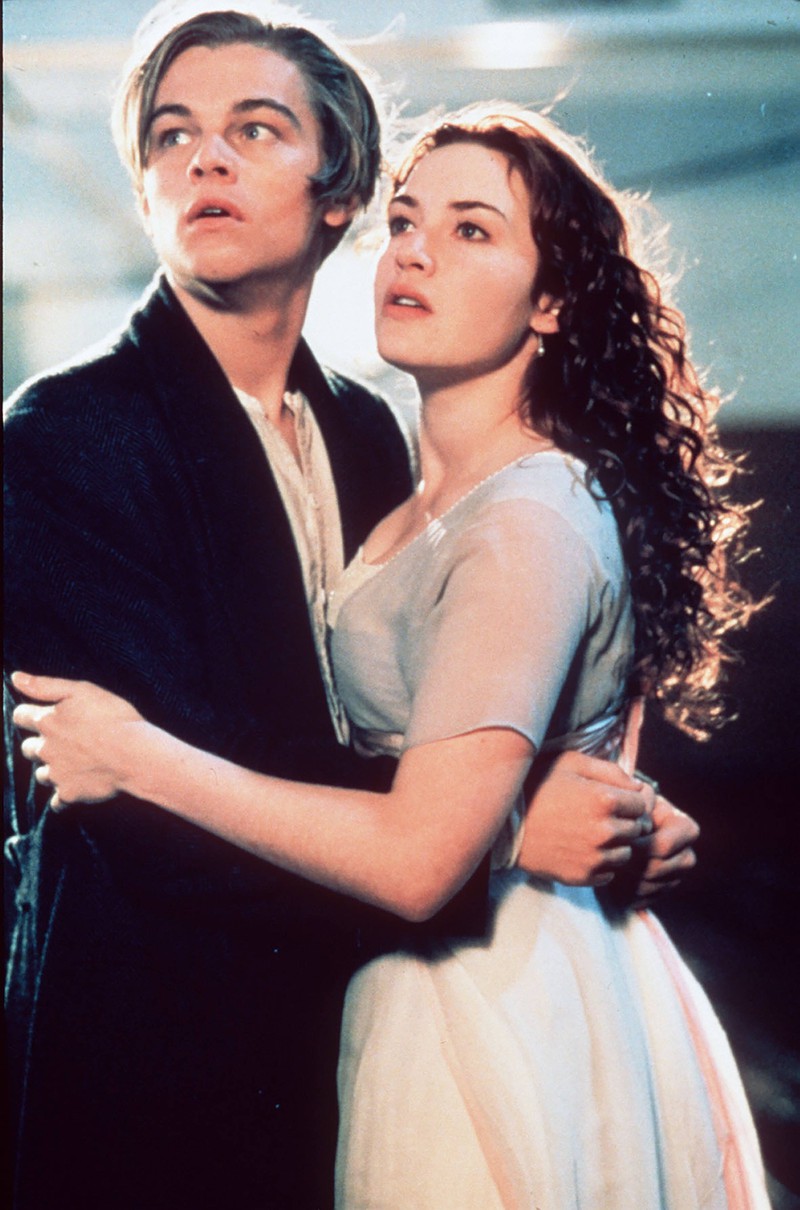 The love story between Rose and Jack is an invention of the filmmakers, however, apparently one of the passengers on board the real Titanic was called J. Dawson.

This J. Dawson wasn't called Jack, but Joseph. He was a member of the ship's company and died during the tragedy. His corpse was found and lies buried at a graveyard in Nova Scotia. Even though Joseph Dawson has nothing to do with Jack Dawson, tourists frequently visit his grave. 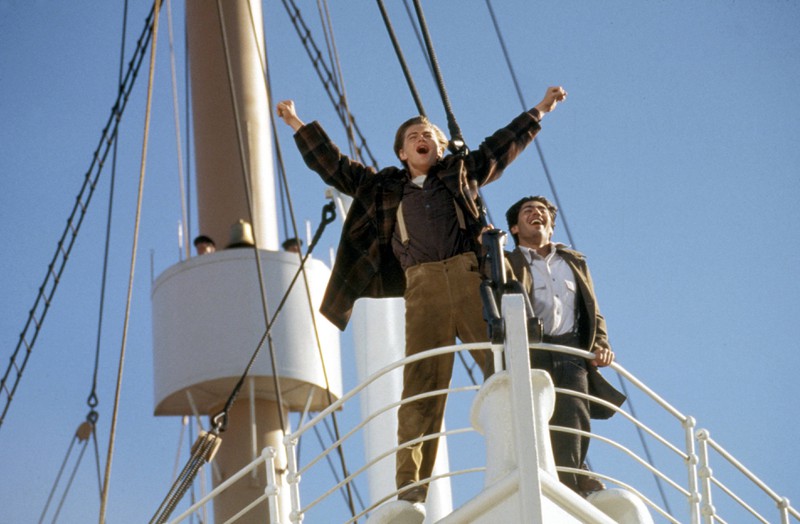 We all know the epic scene in which Leonardo DiCaprio stands on the bow of the Titanic and his character shouts, with his arms stretched out: "I'm the king of the world!" Initially, this magic moment wasn't intended – it wasn't even part of the script! DiCaprio improvised it. 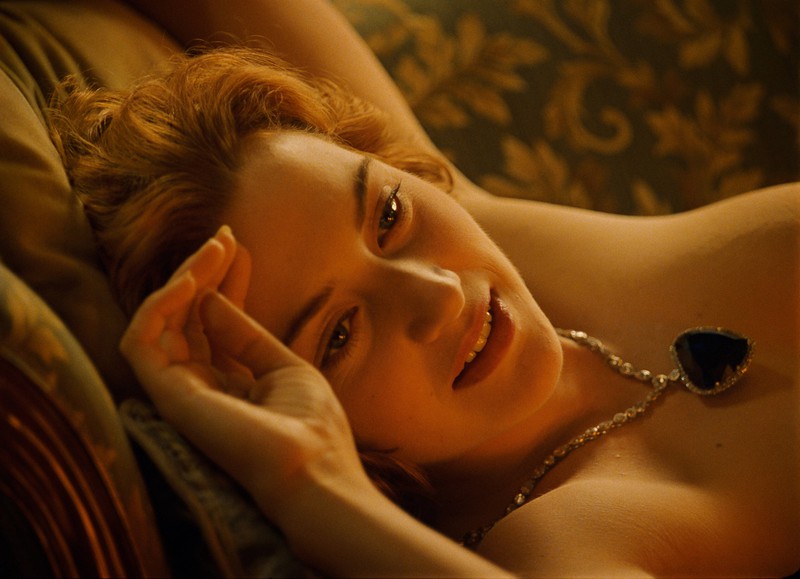 Do you remember the scene in which Jack draws Rose like "one of his French girls"? This scene is supposedly one of the first ones to be shot! Coincidentally, it was also the first time the actors actually met.

Over the years, the friendship between the two actors has only grown stronger! Back in 2004, Winslet remembered an important moment for their friendship, while they were filming "Titanic". Winslet had been outspoken about body positivity, having had to deal with multiple comments about her body. In an interview with Oprah Winfrey, the actress revealed that DiCaprio told her, back then, that “it's really important that you are the shape that you are [...] because there's so many skinny girls out there who think that to be successful and to be beautiful and therefore to be loved and respected, it means you have to be thin."

He really struck a cord with Winslet in that conversation and we can only applaud his thinking! 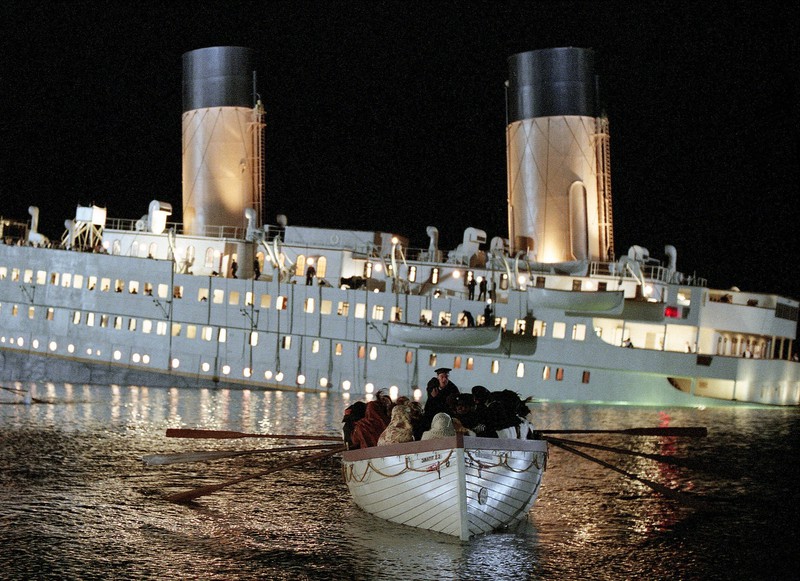 The Elderly Couple, That Lies in Bed as the Titanic Sinks, Were Passengers on the Real Titanic

It seems to be a minuscule detail, but it's a fact that captures our hearts: the elderly couple that embraces each other as the floods take control over the Titanic really existed. They were called Ida and Isidor Straus, the then owners of "Macy's". Ida even would've had space on one of the lifeboats, but, it's said that she wanted to leave this world the way she lived it: with her husband. 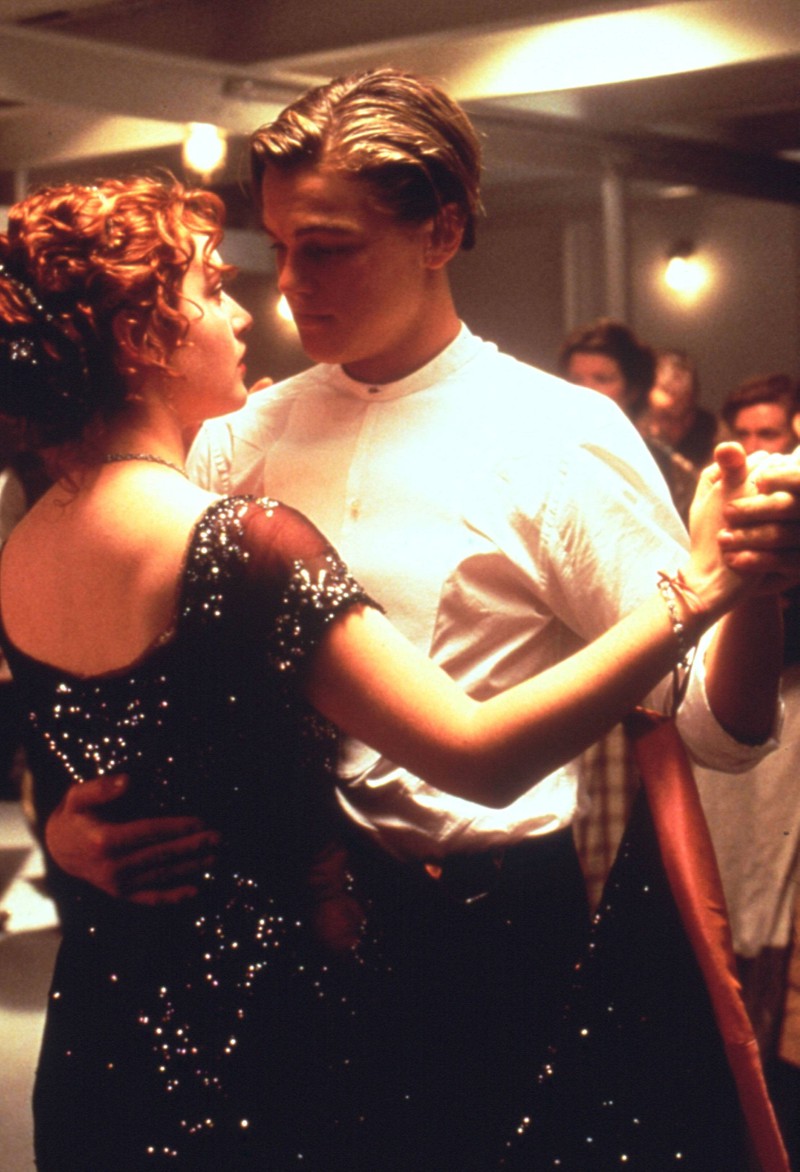 The movie ends with Rose's death. Afterwards, the viewers follow Rose one last time in a dream-like sequence in which she meets Jack for the last time on the Titanic. Jack awaits her while standing under the massive „Honor and Glory Crowning Time“ clock. It tells us that it's 2:20 – the time the Titanic finally sank. 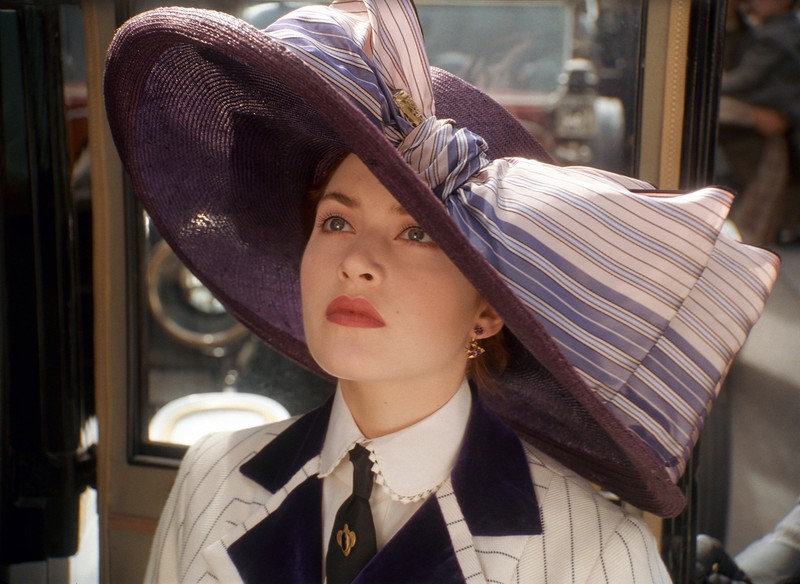 As Rose embarks on the Titanic, she wears a very memorable purple hat, her whole demeanor captivates the viewer right from the beginning. You might have noticed that she has a unobtrusive mole on her right cheek. However, the beauty mark moves over the course of the film... 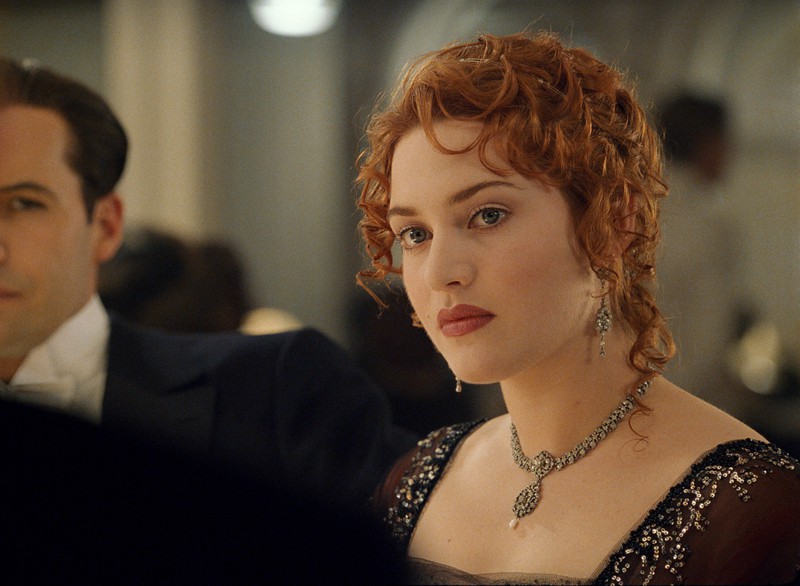 While this isn't such a shocker, it's disappointing that her mole didn't stay on one cheek but "moved around" a little. Later on, when Rose is seated at a dinner table, surrounded by polite society, her beauty mark is on her right cheek all of a sudden. 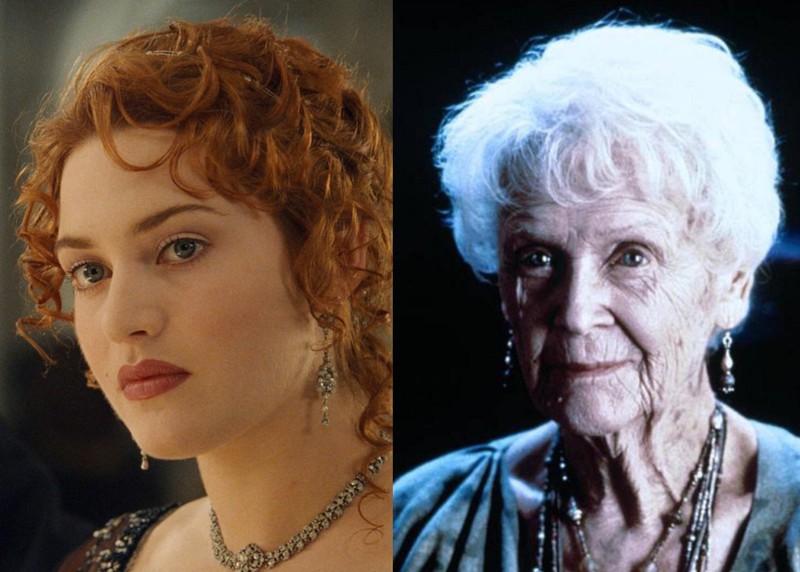 Now that we've told you, you probably see it, too – but have you ever noticed before that young and old Rose have different eye colors? Neither Kate Winslet nor Gloria Stuart wanted to wear colored contact lenses, which is why young Rose has green eyes and old Rose has ice-blue eyes. How on earth did we miss this?