Kate Middleton's Outfits: Why Does She Never Wear Orange?

Kate Middleton is known for her colorful outfits, but there's one color we never see her wearing: orange. The real reason she never wears orange clothes: 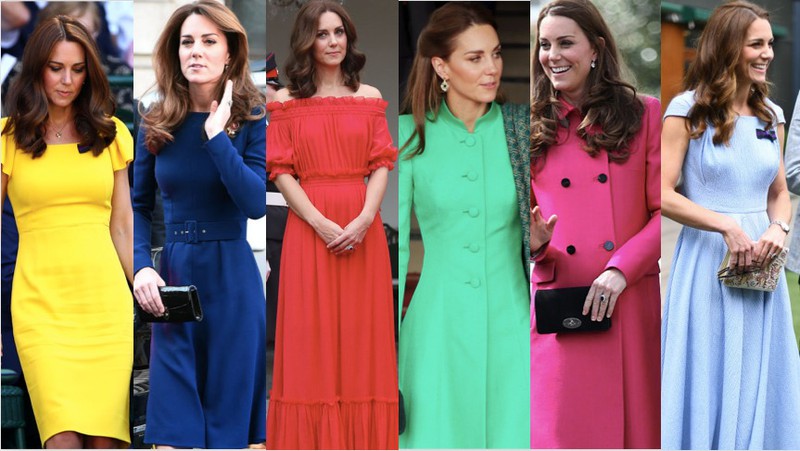 Duchess Kate Middleton is a true style icon. Many of us are enchanted by her fashion picks, and we love that she doesn't shy away from almost every color of the rainbow. We've seen her in a bright yellow dress and in a vibrant pink coat. However, it seems that orange outfits didn't make it into her wardrobe. Is there some mysterious royal rule that prohibits the color? What's it all about?

On the following pages, we'll reveal why the Duchess of Cambridge never wears orange – but first, you'll get a glimpse at her traveling style!

Not only her sense of fashion impresses fans, but also how down to earth she is. TikTok user @turbom1k3y shared a video of the Duchess and two of her children disembark an airplane, commenting “On a flight to Scotland, Kate Middleton, both kids, a nanny and security 2 rows in front of me.” Another user commented “Kates got three kids. Did she leave one on the plane?” but people were quick to respond: “I think it's some rule that George isn't supposed to fly with all of his siblings in case anything happens then there's still enough heirs??” And indeed, royal protocol says that direct heirs to the throne have to take different flights to make sure that – in the unlikely case that a flight crashes – not all heirs tragically die.

Let's move on to why the Duchess (almost) never wears orange: 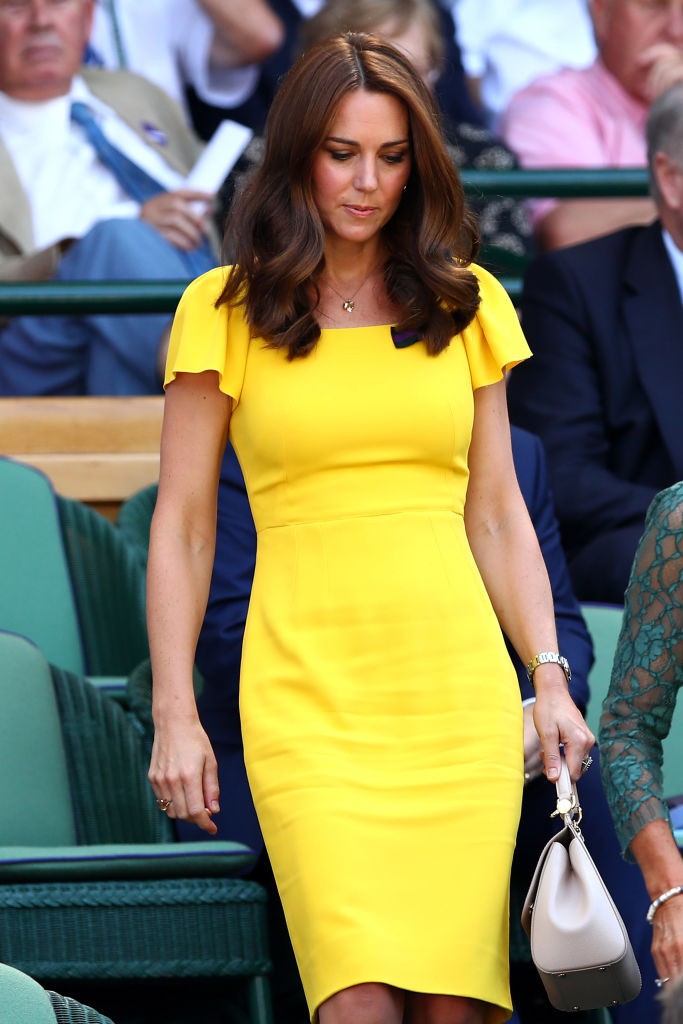 It's not that she personally dislikes the color, the decision to avoid orange is quite common among fellow public persons.

Orange never looks good in photos. Cameras don't capture the color the way it is - it simply rarely looks good.

On top of that, the color orange doesn't suit Kate's skin tone. She has more of a cool skin tone, which isn't compatible with orange outfits. The color would reflect back onto her face and leave a yellowish cast on it.

Kate Middleton always looks good - and have you noticed that her bra straps never show? 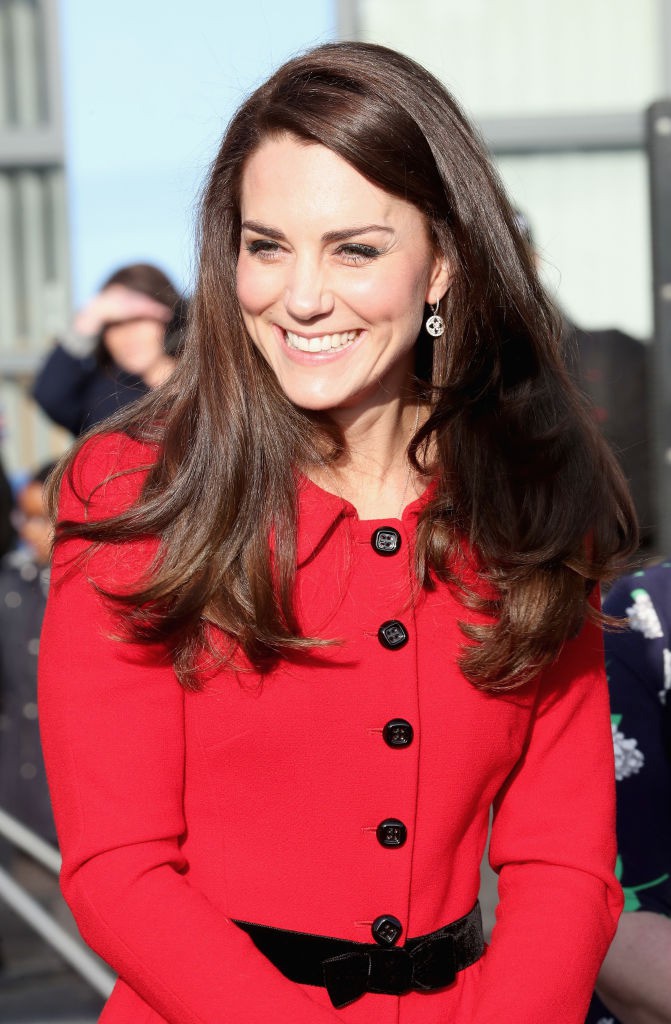 The Duchess of Cambridge has to Follow the Royal Style Protocol

Kate is a real pro when it comes to fashion, she's always dressed well, her hair and makeup is on fleek and we could never imagine her showing up wearing a fashion disaster.

These are the rules she lives by since being part of the royal family:

1. Never wear orange (salmon-colored clothes are allowed, but she must stay away from bright orange!)

She clearly enjoys wearing eye-catching colors, but she decides to wear only one color per outfit. 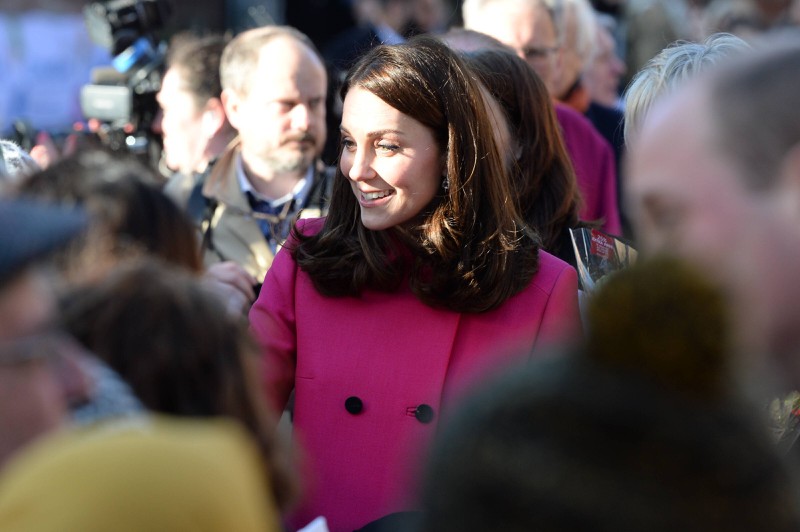 She wore this beautiful pink coat both in New York in 2014 and in 2018 while she was visiting Coventry Cathedral.

There are even more outfits she repeatedly wore in the past! 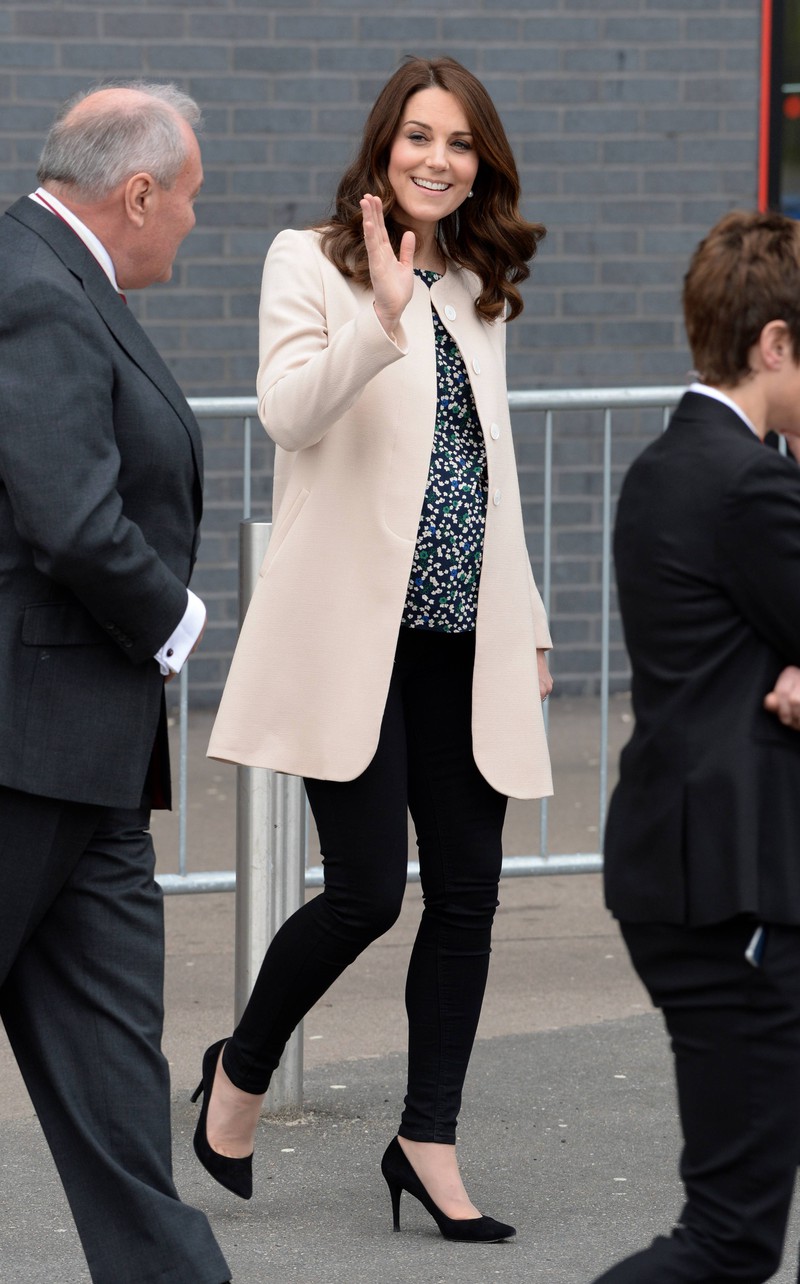 Always a Fashion Role Model, Even When Pregnant

Kate is a devoted mum to her children Prince George, Princess Charlotte, and Prince Louis. Looking good while being pregnant? No problem for her!

This picture shows her back in 2018, when she was pregnant with little Prince Louis. Here, she combined a stylish blouse with polka dots with a pale, 1960s-inspired coat and a pair of tight black pants. Even though her outfit is perfection, her baby bump is the star of the picture! 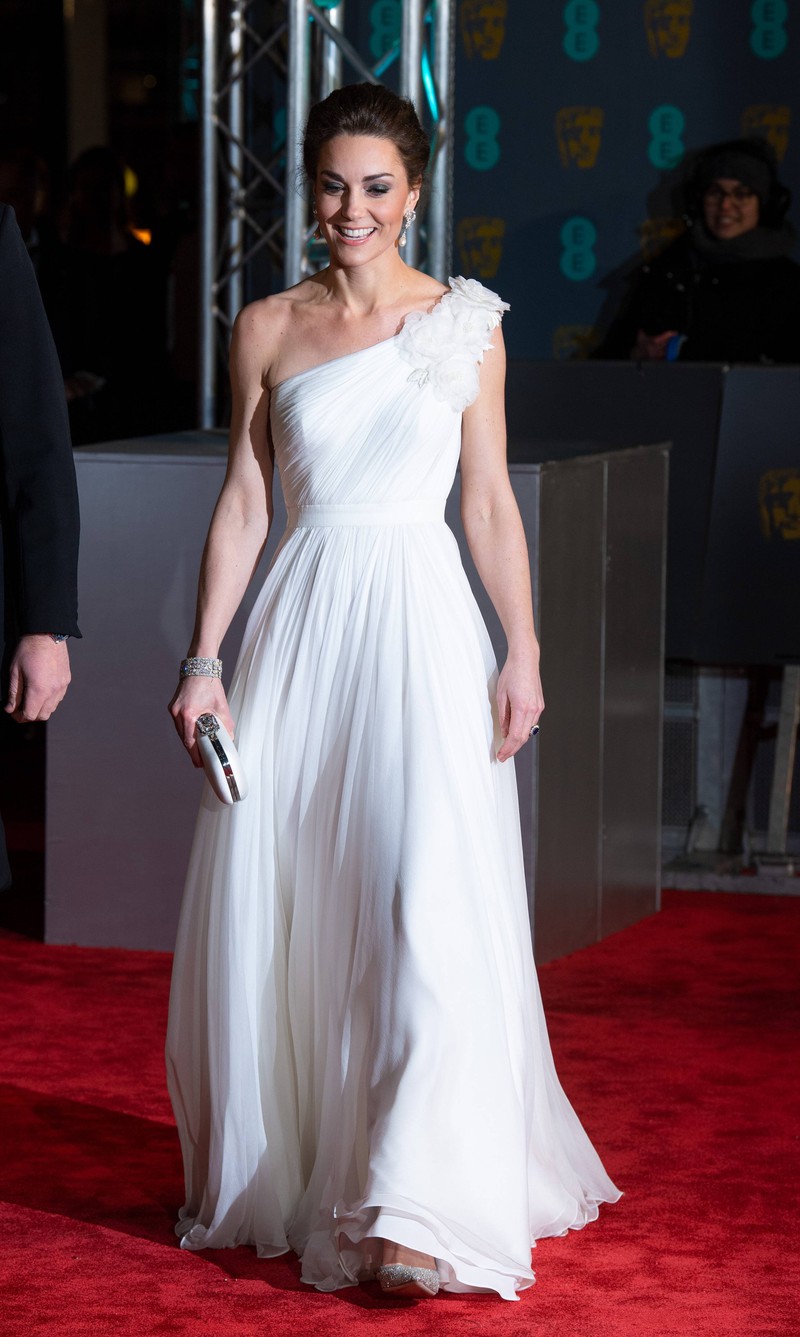 No matter where the paparazzi take photographs of her - whether at church, at her kid's school, or at charity events - Kate's outfits are always to die for. Here, she floats down the red carpet of the British Academy Awards in 2019. Her beautifully draped white gown elegantly accentuates her figure. Kate looks impeccable in white, right?

There's one essential she always wears: 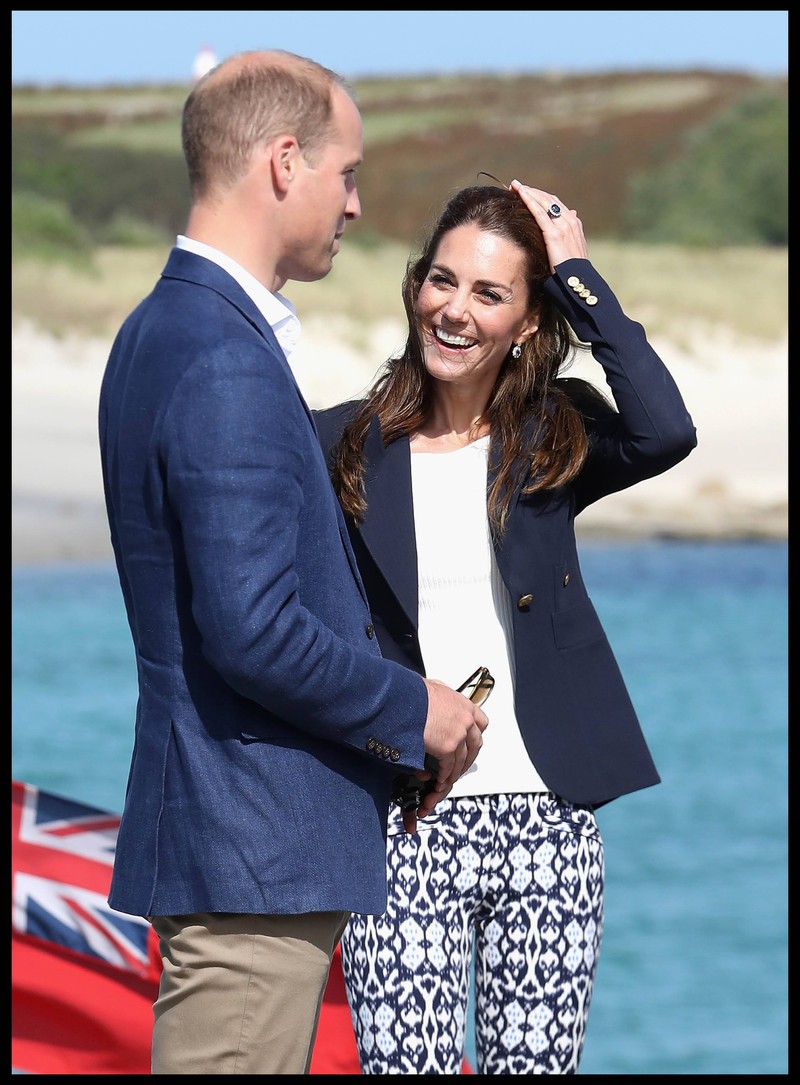 This is Catherine's Most Unique Accessory!

No matter what she puts on in the morning, Kate's smile is her most important accessory! It is positively contagious and was her trademark even before she rose to fame and became a royal. 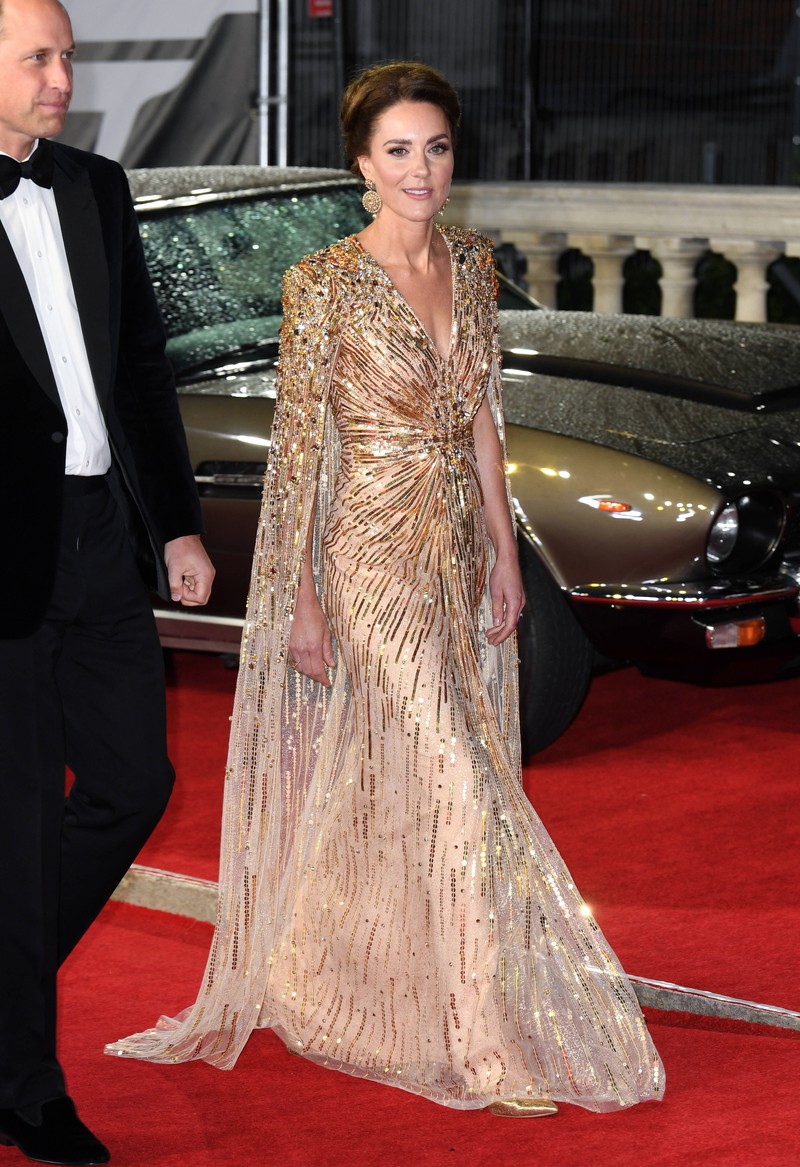 The Duchess of Cambridge attended the James Bond premiere in the most dreamy dress. The golden gown was designed by Jenny Packham and made Kate Middleton look like she's coming from a fairy tale world. Once again, Kate demonstrates her impeccable taste in fashion – and stole the show from everyone else! Also: Wouldn't she be just the best Bond girl?! 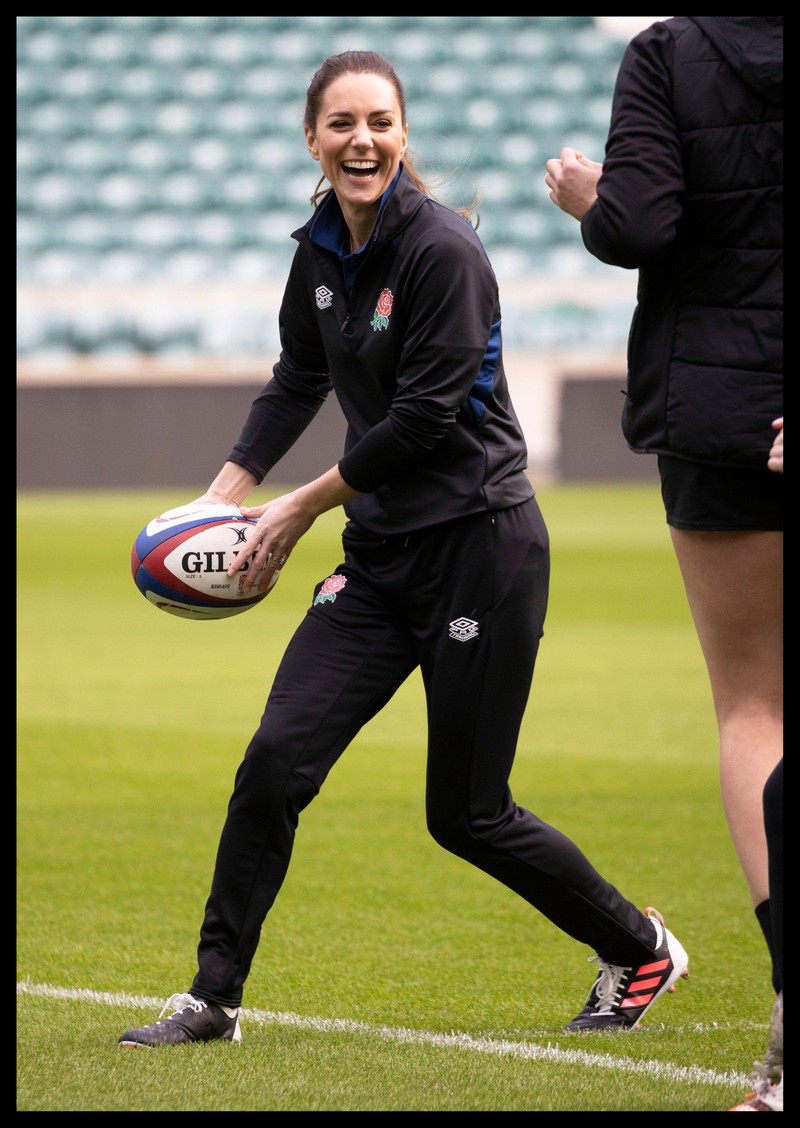 Kate Middleton is now the official patron of English rugby – her brother-in-law Prince Harry previously held the title, yet returned it since he is no longer a working member of the royal family. Who better to now hold the honorary title than Duchess Kate! She looks clearly jovial during a training session on February 2, 2022, with England's rugby team in London.

The team seems to be equally elated, as you'll see on the next picture! 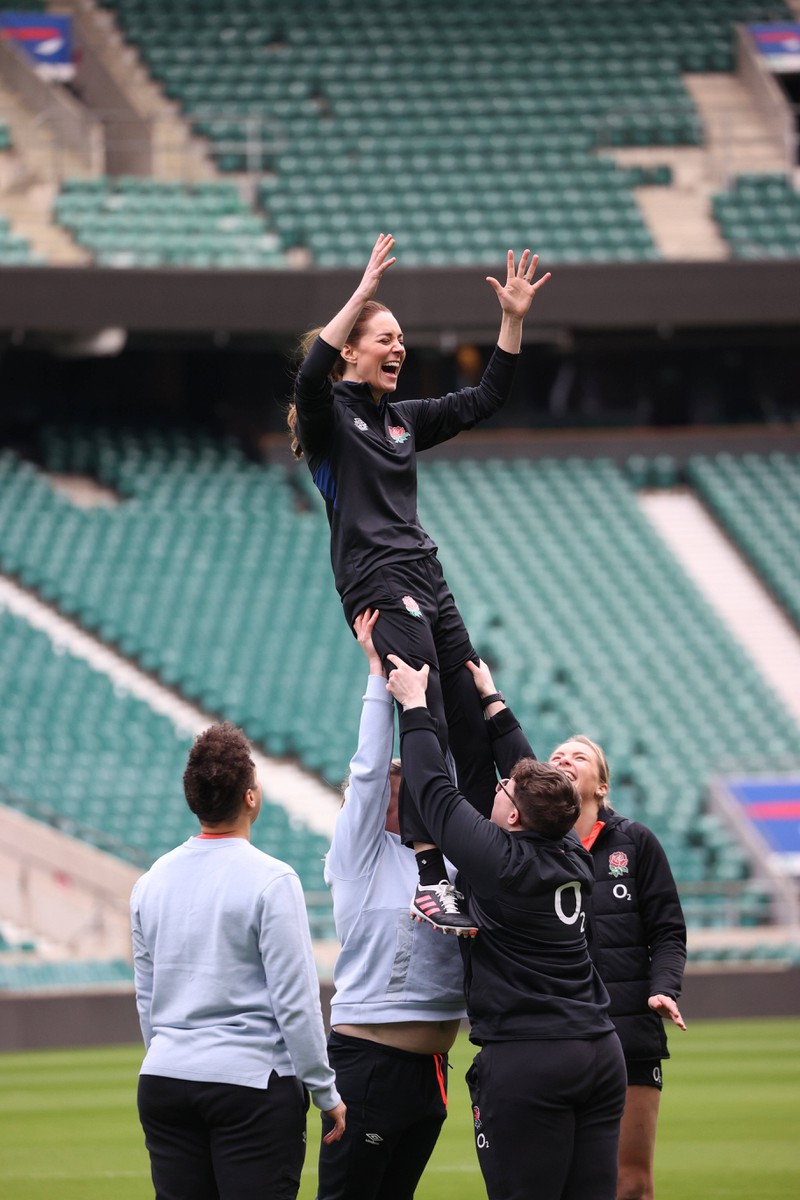 Not just Duchess Kate was having a good time while on the field, it seems like England's rugby team similarly enjoyed training with Prince William's wife!

In March 2022, the English rugby team will face Wales' rugby team – and which member of the royal family is the Welsh Rugby Union's patron? It's Prince William! Let's hope there's no bad blood between the duchess and the prince after the play!